Accessibility links
North Face Founder Douglas Tompkins Dies In Kayaking Accident In Chile : The Two-Way Tompkins created The North Face and co-founded Esprit, but abandoned the business world to devote himself to environmental causes. He was 72. 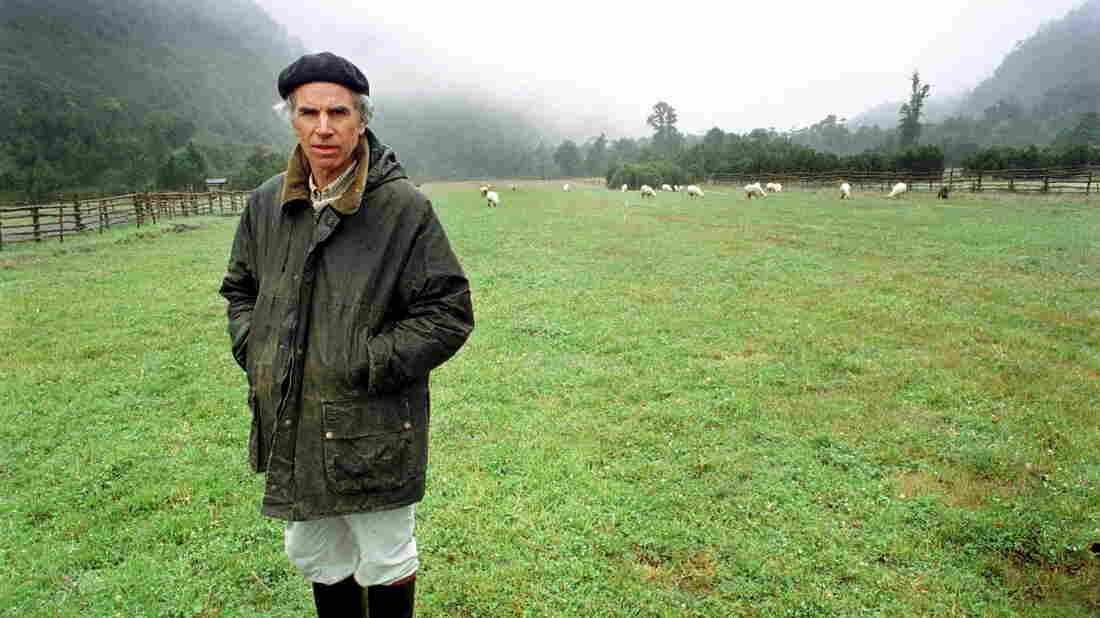 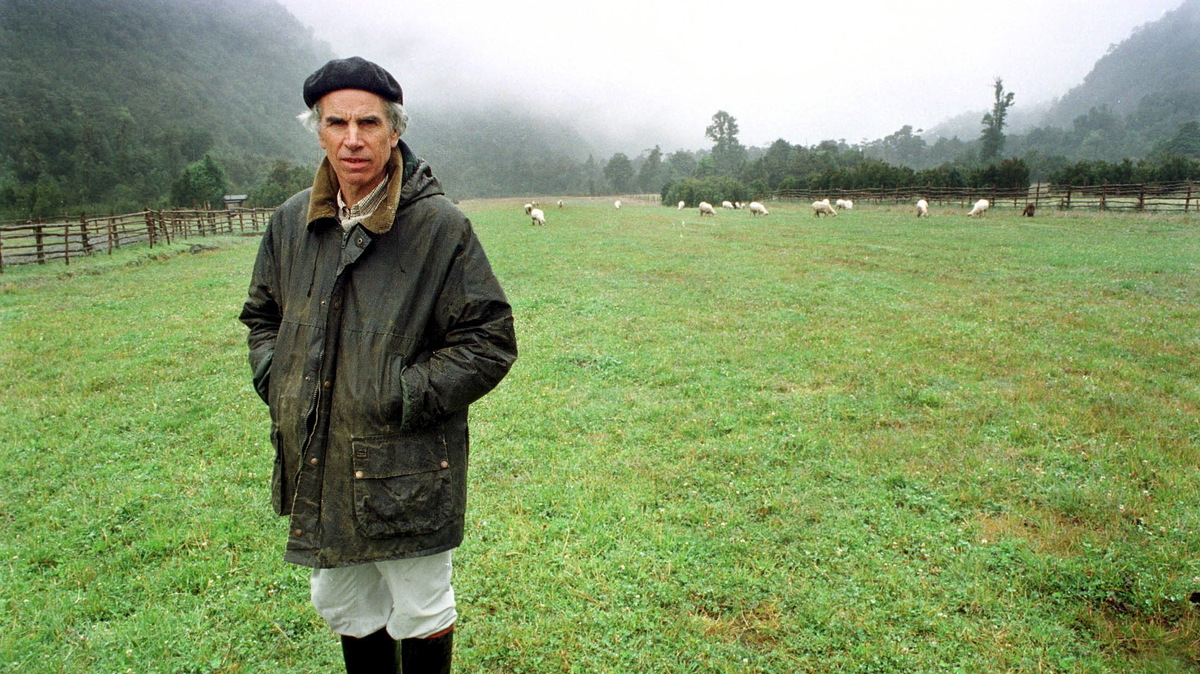 Douglas Tompkins started The North Face in San Francisco's North Beach neighborhood in 1966. He later eschewed the business world to focus on environmentalism, purchasing large swaths of land for conservation in Chile and Argentina.

Douglas Tompkins, who made a fortune in retailing as the founder of The North Face and co-founder of Esprit and went on to become a major donor to conservation causes, has died in a kayaking accident in Chile. He was 72.

Tompkins was kayaking with five other people on General Carrera Lake in Chile's Patagonia region when strong waves caused their boats to capsize, The Associated Press reports, citing Chilean army officials. He was transported by helicopter and suffering from severe hypothermia. The AP adds:

"Tompkins died later in the intensive care unit of the hospital in Coyhaique, a town 1,700 kilometers (1,056 miles) south of Santiago.

" 'He had lost consciousness and wasn't breathing' when brought to the hospital by helicopter, Dr. Carlos Salazar told local television stations."

"We are all deeply saddened at the news of Doug's passing. Doug was a passionate advocate for the environment, and his legacy of conservation will help ensure that there are outdoor spaces to be explored for generations to come."

Tompkins, who never finished prep school, opened The North Face as a skiing and backpacking shop in San Francisco's North Beach neighborhood in 1966. It was bought by the global apparel company VF Corp. in 2000.

He and his wife at the time, Susie Tompkins Buell, also started a dress line that became the multibillion-dollar clothing company Esprit.

But he would later shun the business world and devote himself full-time to conservation, according to the website of the group he founded, the Foundation for Deep Ecology:

"By the late 1980s Tompkins saw how the consumer culture that he'd helped promote as a businessman was another destructive manifestation of an industrial growth economy toxic to nature. He decided to sell his stake in the fashion company Esprit that he'd co-founded, and to use his wealth to endow an environmental foundation with an activist orientation."

The foundation is devoted to grant-making, publishing and coalition and campaign development, according to the website. It adds, "This work has been accomplished with countless partners, but a common thread is a commitment to action — vigorous and uncompromising advocacy on behalf of wild nature." 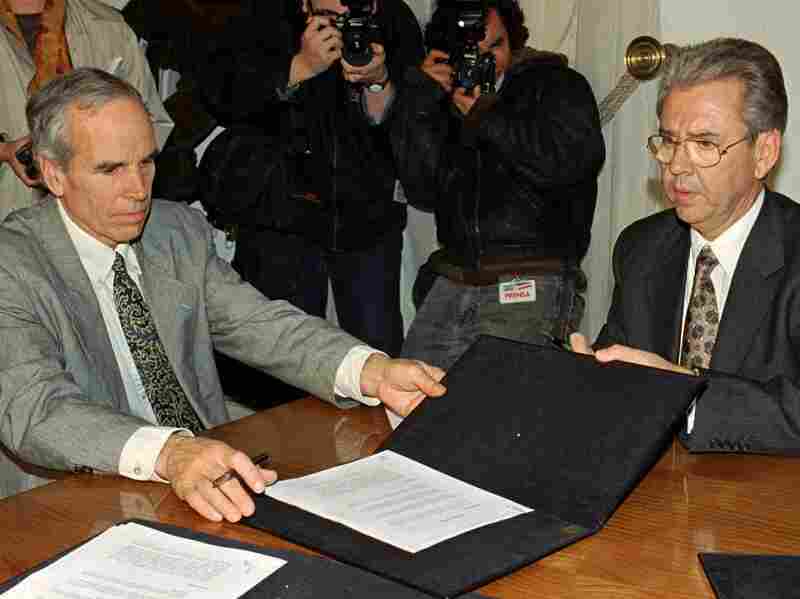 Douglas Tompkins (left) and Juan Villarzu, chief of staff of the Chilean president, with the text of a 1997 agreement permitting the development of a huge nature sanctuary in southern Chile. Santiago Llanquin/AP hide caption 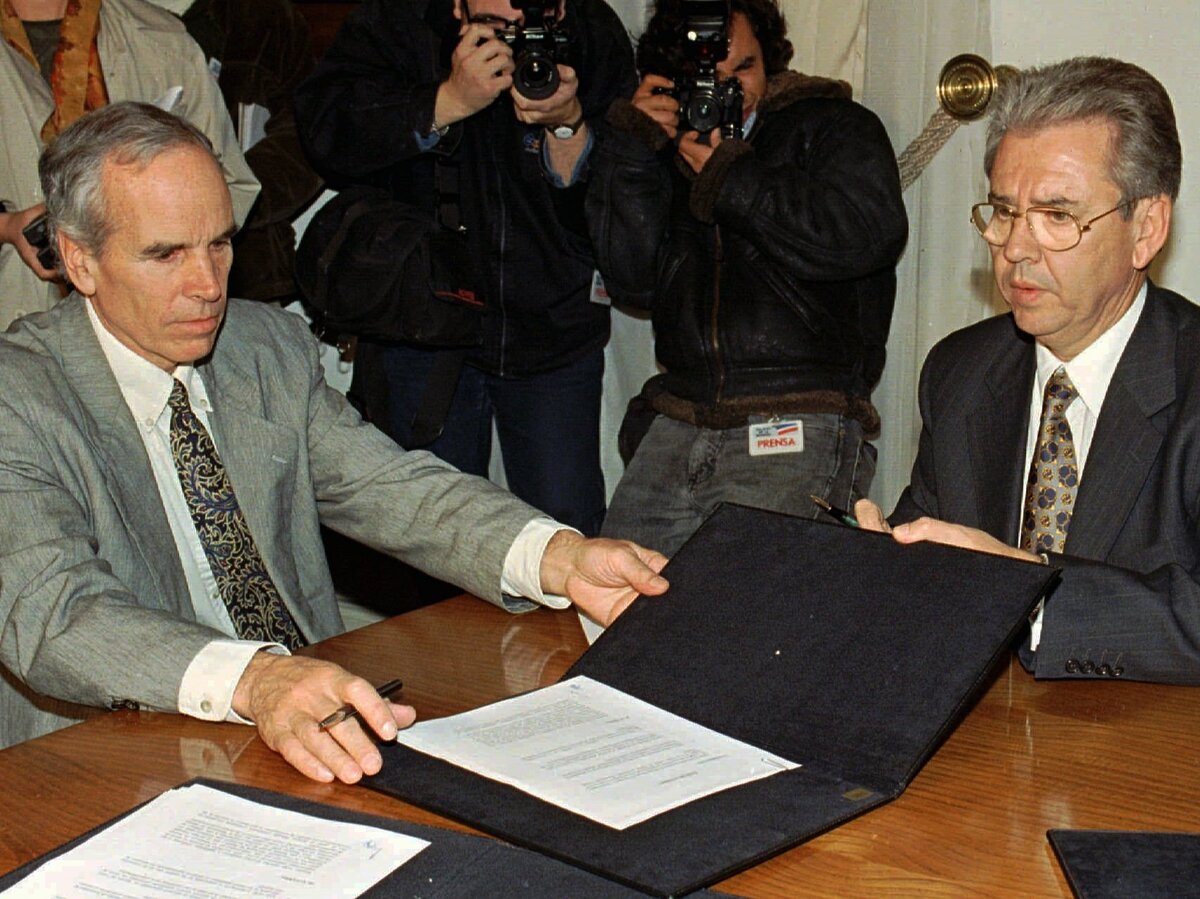 Douglas Tompkins (left) and Juan Villarzu, chief of staff of the Chilean president, with the text of a 1997 agreement permitting the development of a huge nature sanctuary in southern Chile.

Working alongside him was his second wife, Kris McDivitt, longtime CEO of Patagonia and a committed environmentalist in her own right.

The couple used their money to purchase 2.2 million of acres of pristine land in Chile and Argentina, much of which has been donated or earmarked for national parks. Together with land contributed by other government and private sources, the Tompkins' holdings have been used to create vast park systems such as Pumalín Park, which stretches from the Pacific to the Andes.

Earth Island Journal has more on the park in this 2012 interview with Tompkins: "In the last two decades, Tompkins has expanded his holdings to include 740,000 acres of snow-capped volcanoes, Andean mountains, temperate rainforest, and turquoise-colored rivers. Today, Pumalin Park is considered the world's largest private nature preserve."

Tompkins was working on creating additional parks in Chile and northeastern Argentina when he died, according to Tom Butler, editorial projects director at the Foundation for Deep Ecology, in an interview with NPR.

Tompkins acknowledged in Earth Island Journal that his conservation efforts in South America were not always popular with local officials: "We continue to have difficulties because we are also activists working against bad development projects. That doesn't win you a lot of friends if you have politicians that are just pro-development and not conservationist."

"I feel totally at home in this part of the world. This is where I am going to croak. I feel a strong bond with Chile and Argentina. ...

"I have even begun to think that I am caring for Argentina and Chile perhaps more than Argentines and Chileans. I feel like I'm sort of a de facto citizen, because I am looking after their national patrimony — which is the land — very carefully. You come to realize the passport is meaningless. It is really your behavior that determines whether you're a patriot. If you're trashing your own country, ruining the soils, contaminating the waters and the air, cutting down trees, overfishing the lakes, rivers, and oceans, you're not much of a patriot."