Accessibility links
Sole Copy Of Latest Wu-Tang Album Was Sold To 'Pharma Bro' : The Two-Way The Wu-Tang Clan made just one copy of Once Upon A Time In Shaolin and sold it, shrouded in secrecy, for millions. Bloomberg Business reveals the buyer: a CEO infamous for a massive drug-price hike. 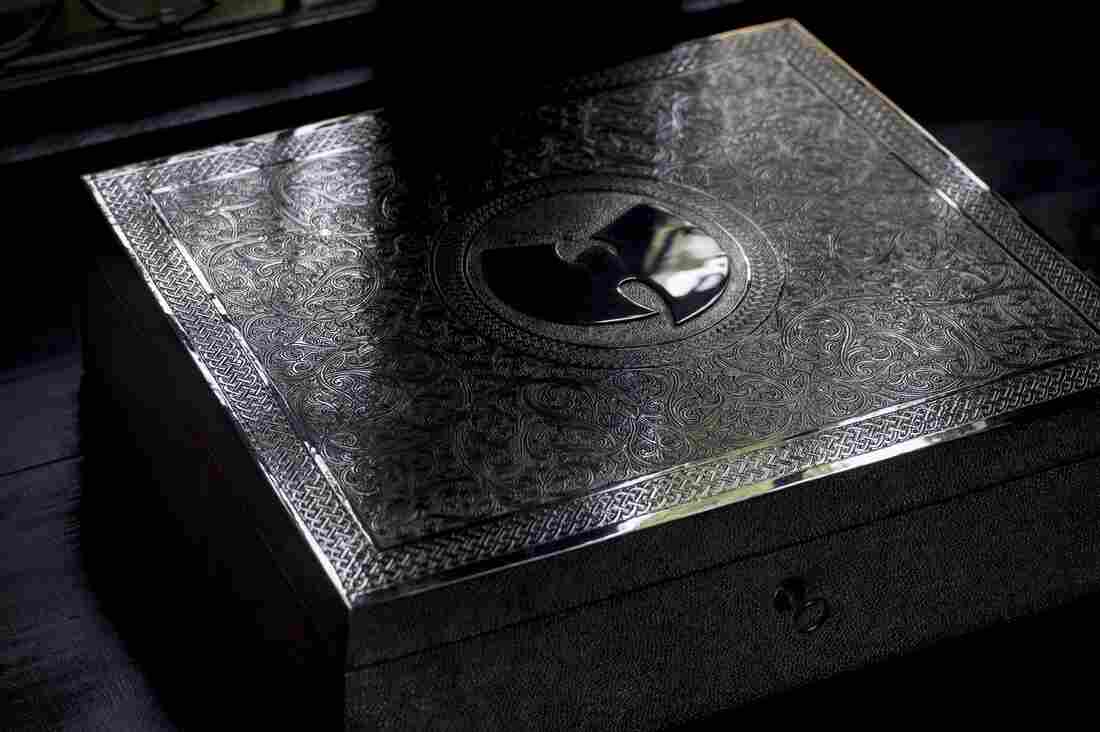 A handcrafted silver box by the British-Moroccan artist Yahya holds the only known copy of the Wu-Tang Clan double album Once Upon A Time In Shaolin. Rashaad Patterson/Paddle8 hide caption 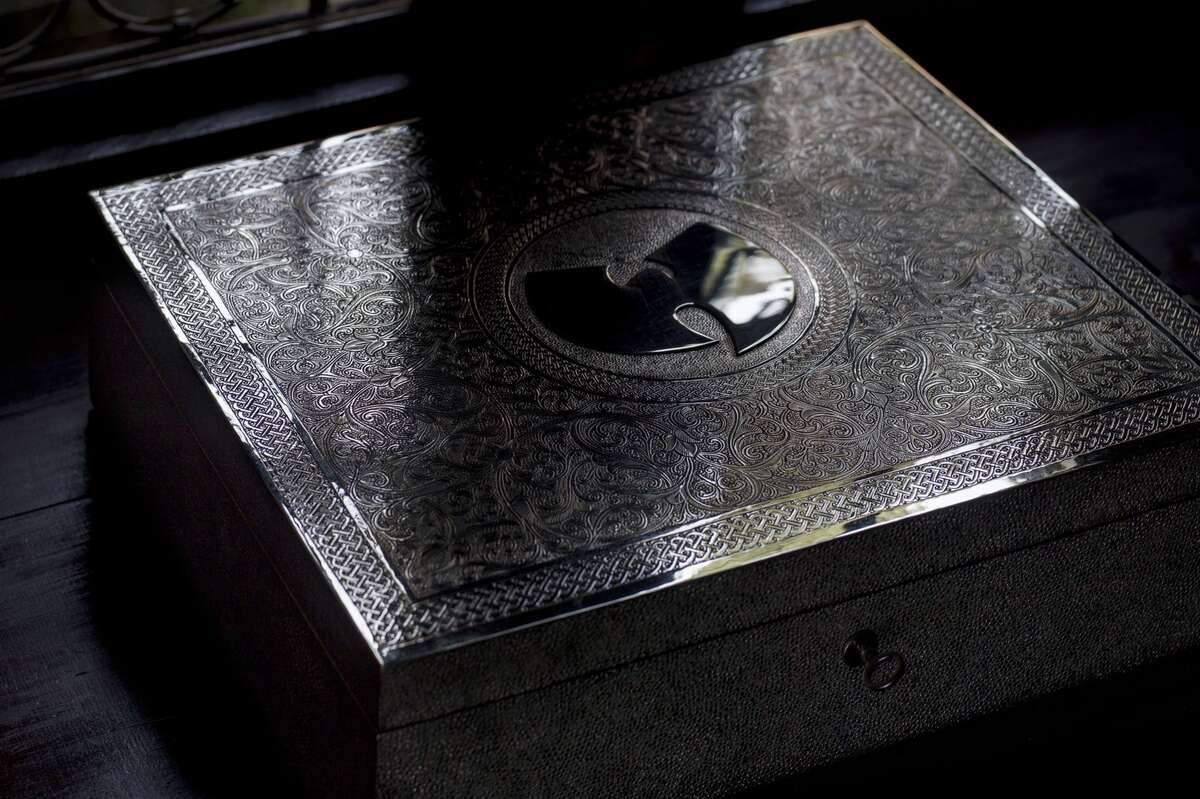 A handcrafted silver box by the British-Moroccan artist Yahya holds the only known copy of the Wu-Tang Clan double album Once Upon A Time In Shaolin.

In 2014, the Wu-Tang Clan turned a double album into lost treasure.

Once Upon A Time In Shaolin was heard, in its 31-track entirety, only by Wu-Tang Clan leader RZA and producer Cilvaringz.

They vowed to sell just a single copy — with a seven-digit price tag. They destroyed all duplicates and placed the only extant version in a hand-carved silver and nickel box, along with a 174-page leather-bound book of lyrics, anecdotes and credits.

Forbes exhaustively documented the creation and sale of Once Upon A Time In Shaolin. You can find their coverage here.

They threw in a $55,000 pair of speakers and a "gold-leafed certificate of authenticity," according to the album's Web site. They teased the music world with sneak listens. And they added a provision: The buyer couldn't release the album commercially for 88 years after purchase.

Then they locked the whole thing in the vault of a luxury hotel in Marrakech, Morocco, set it up on an online auction house, and waited to see who would buy the world's most expensive, most exclusive album.

Some fans attempted to crowdfund the purchase of the album, so it could stay in the hands of non-wealthy, true believers. Instead, the album reportedly sold for millions to a secret purchaser.

Some had theorized that Quentin Tarantino — super-wealthy Wu-Tang super-fan — was the most likely buyer.

Or maybe Richard Branson, who once called it a "really fun idea" and could certainly afford it. RZA himself once expressed the hope that the Virgin mogul would buy the album and fly it into space.

But today, Bloomberg Business broke the hearts (and fanned the fury) of Wu-Tang Clan fans around the world.

The buyer, they revealed, was infamous, price-gouging pharmaceutical executive Martin Shkreli — and he hadn't even bothered to listen to it.

Shkreli is the 32-year-old CEO whose company, Turing Pharmaceuticals, recently purchased the rights to a drug used to treat a deadly parasitic infection and raised the price 5,000 percent, from $13 a pill to $750. The resulting backlash brought attention to pharmaceutical price hikes in general, a debate that's now being played out in Senate hearings.

The sale of Shaolin had already gone through when news of the price-gouging hit, Bloomberg reports. After the "business practices came to light," RZA told Bloomberg, the group donated some of his payment to charity.

Now that Shkreli has achieved ignominy, though, he's hardly a pariah in the musical world: He's hired Fetty Wap to perform at his company's Christmas party.

It wasn't hard, he told Bloomberg: "At the right price, these guys basically will do anything." 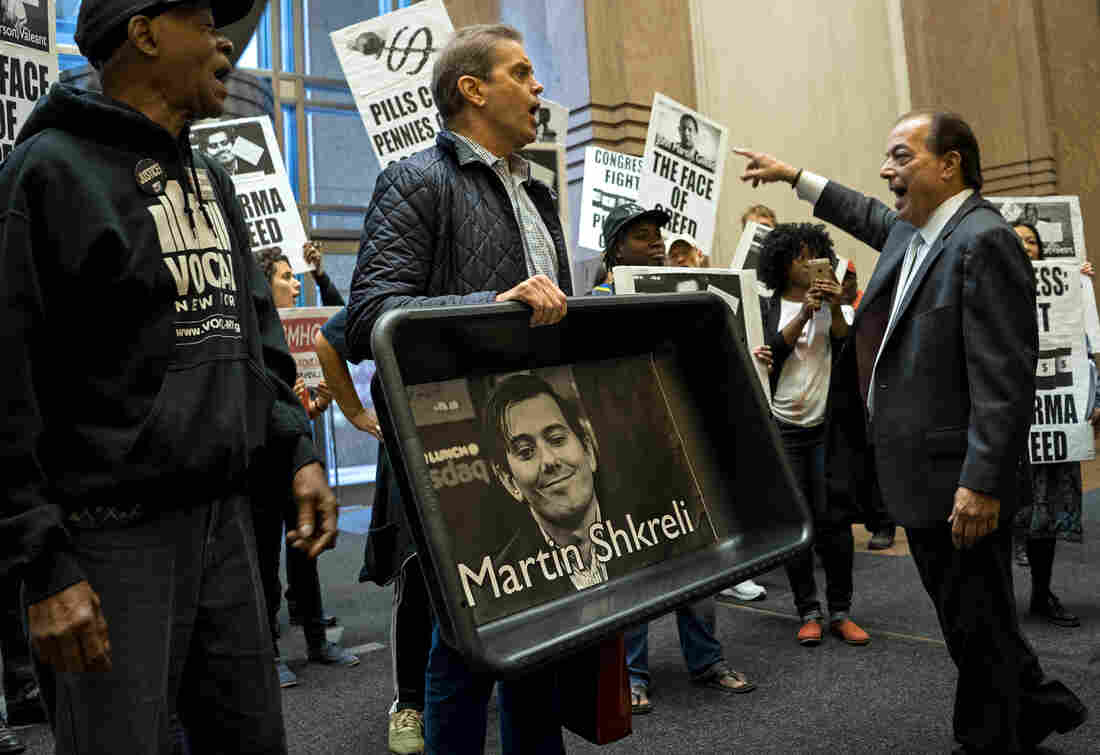 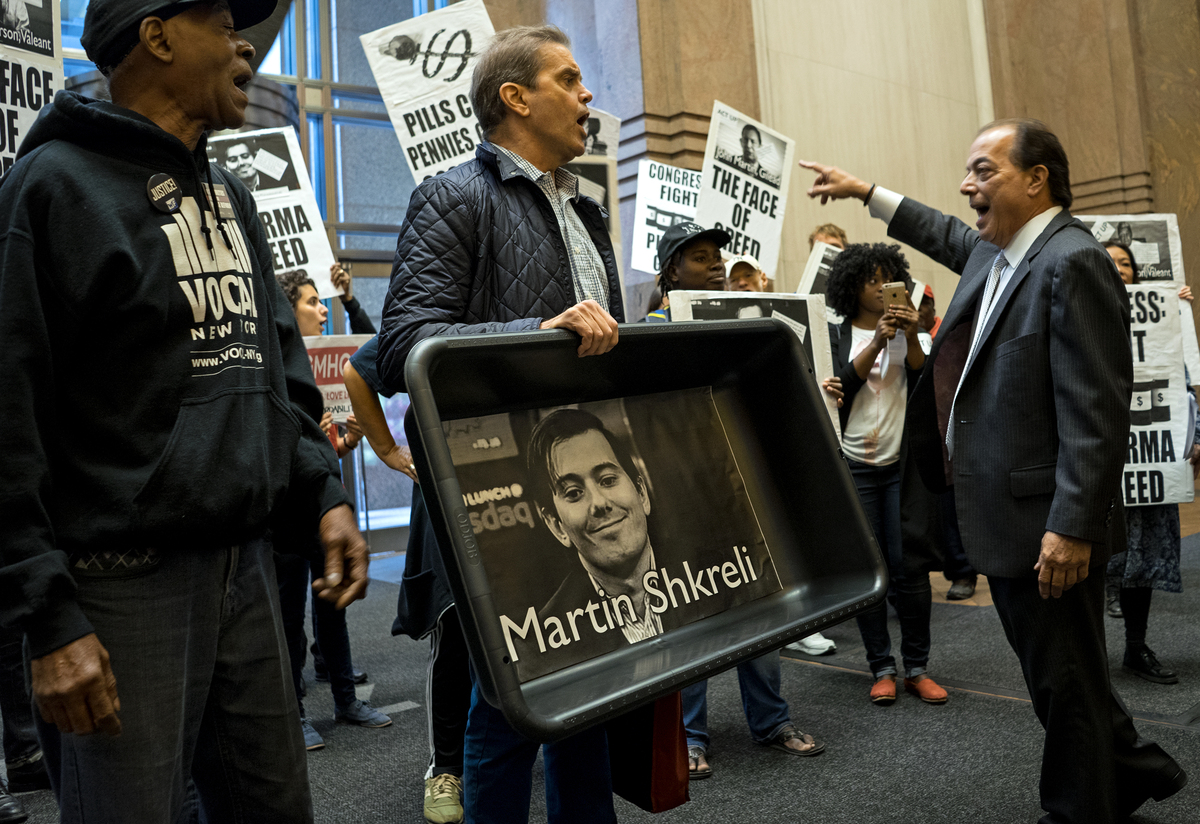 AIDS activists and others carry an image of Turing Pharmaceuticals CEO Martin Shkreli and signs decrying "Pharma greed" during a protest Oct. 1. Shkreli's company bought an antiparasitic drug and increased the price 5,000 percent.

But back to the Wu-Tang Clan. Bloomberg Business notes that Shkreli is a fan, of sorts:

"Shkreli was taken by the Wu-Tang song C.R.E.A.M., which stands for 'Cash Rules Everything Around Me.' It includes the often-repeated phrase 'Dolla dolla bill, y'all!' "

It wasn't fandom that drove his purchase, though. Shkreli liked the idea that owning the album would give him an in with celebrities and rappers, he told Bloomberg.

He didn't listen to excerpts meant to verify the purchase — he had an employee check for him. And he reportedly still hasn't played the album. He tells Bloomberg Business he might consider putting it on ... if Taylor Swift wants to come over and hear it with him.

Some on social media have suggested another strategy for the pharma exec:

Read the whole story at Bloomberg.