Accessibility links
Accused Planned Parenthood Shooter: 'I'm A Warrior For The Babies' : The Two-Way In one of several courtroom outbursts, Robert Lewis Dear, who is accused of killing three people at a Planned Parenthood clinic in Colorado, said he was guilty and won't go to trial.

Accused Planned Parenthood Shooter: 'I'm A Warrior For The Babies'

Accused Planned Parenthood Shooter: 'I'm A Warrior For The Babies' 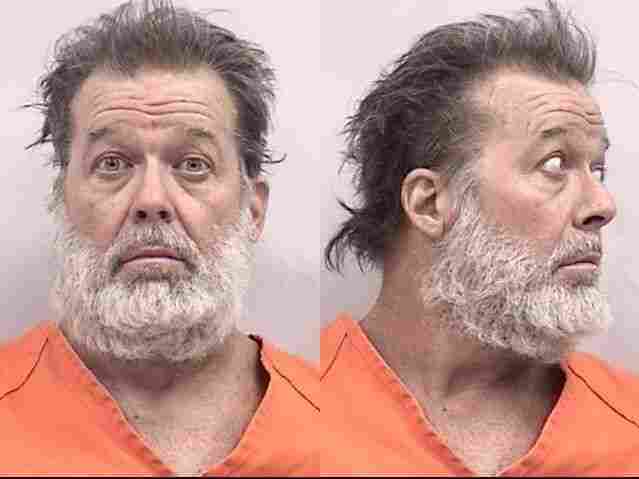 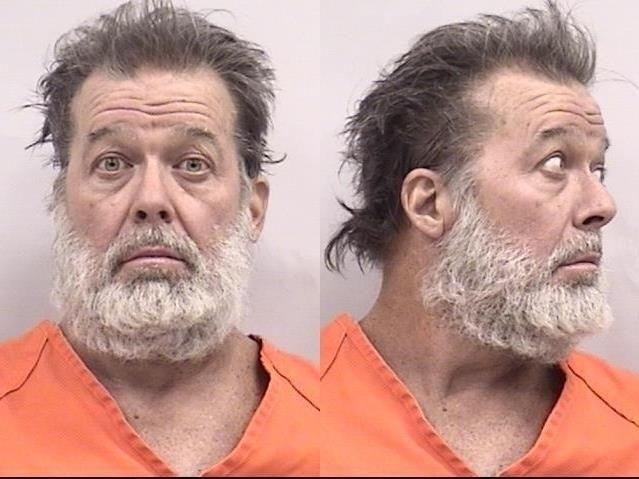 Robert Lewis Dear was formally charged with first-degree murder and other counts in last month's killing of three people at a Planned Parenthood clinic in Colorado Springs, Colo.

In one of several courtroom outbursts Wednesday, Robert Lewis Dear, who is accused of killing three people at a Planned Parenthood clinic in Colorado last month, declared his guilt and said he is "a warrior for the babies."

During the hearing to formally charge Dear with first-degree murder and other crimes, Dear interrupted the proceedings more than a dozen times, according to Colorado Public Radio's Ben Markus, who was in the courtroom.

Markus spoke to NPR's Kelly McEvers on All Things Considered:

"While his lawyers were discussing pretty routine matters related to the future media coverage, Dear suddenly shouted that he's guilty and that he's 'a warrior for the babies,'" Markus said.

"He ranted that he saw atrocities in the clinic and lots of blood. He accused his public defenders at one point of conspiring with Planned Parenthood against him. He said he wouldn't submit to a mental health evaluation, fearing that his attorneys would try to drug him up."

"Dear's public defenders seemed to be shaken by the outbursts, especially when he accused them of trying to drug him up," Markus said, adding that the families of the victims who were present seemed just as shocked.

Dear will be back in court for a status hearing in two weeks. Markus reports that Dear's public defender told the judge that there are mental health issues and questions of competency that must be resolved before Dear enters a plea. Then, prosecutors will decide if they will seek the death penalty or not.

A portrait of Dear emerged after the shooting, depicting an isolated man who entertained survivalist ideas and had rambled to police about "baby parts" after his arrest.