Accessibility links
Above The Border, New Walkway Spans The Gap Between U.S. And Mexico : The Two-Way The new bridge, suspended above the border fence, links the U.S. with the Tijuana International Airport. Designed to ease travel hassles for frequent fliers, the bridge began operations this week.

Above The Border, New Walkway Spans The Gap Between U.S. And Mexico 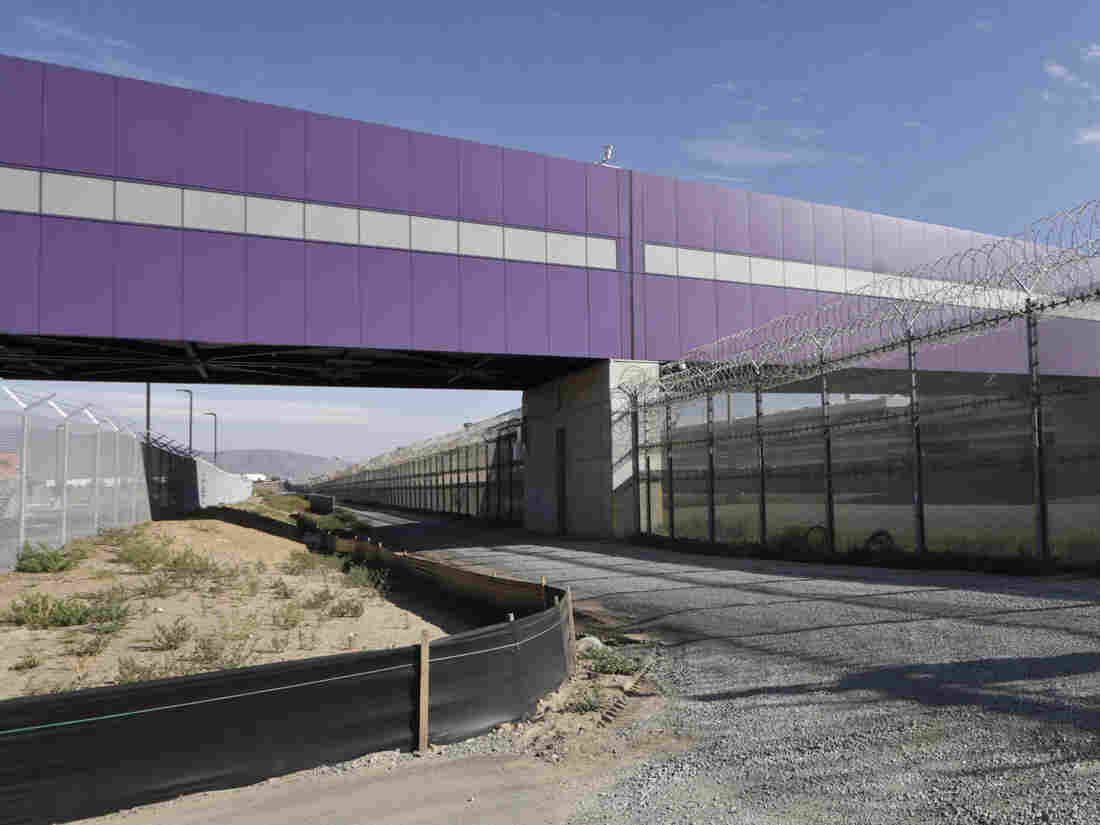 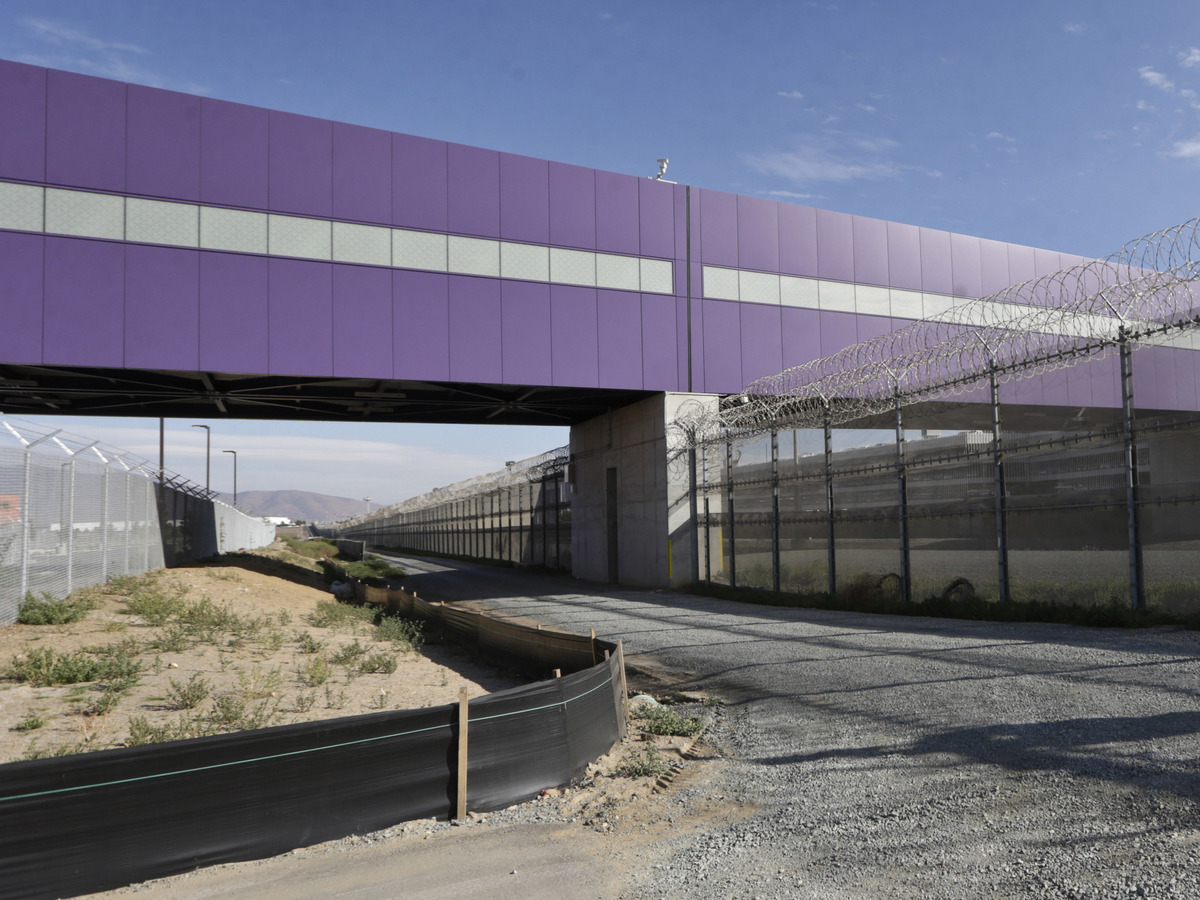 The walking bridge at the Cross Border Xpress air terminal in San Diego links the U.S. and Mexico. The terminal began operations on Wednesday.

The purple bridge, suspended above the border fence, links Tijuana International Airport to a terminal in southern San Diego County. It's intended to ease conditions for travelers going from Tijuana to the United States, allowing them to bypass the lines at ports of entry.

Such travelers make up about 60 percent of all the airport's passengers, the Associated Press reports. Before the new cross-border airport, the fliers had to drive 15 minutes to a busy land crossing, and then wait in line to enter San Diego on foot or by car.

"I fly back and forth almost every month to Mexico because I have a business there, a small hotel, and the hassle of travel has been huge through the years," Carol Hopkins, 71, told KPBS Fronteras reporter Jean Guerrero. But Hopkins says the bridge could be a game-changer: "It's a dream."

"This is the first 100-percent privately funded port of entry along the U.S.-Mexico border. The investor group, including Chicago billionaire Sam Zell, is even covering salaries for U.S. Customs and Border Protection officials.

"They hope to capture some of the 2.6 million airport passengers who cross the border each year."

"CBX will transform the border crossing experience for millions of travelers," investor Carlos Laviada told CBS affiliate KFMB. "We started the planning and approvals for CBX over eight years ago, and it has garnered incredible support on both sides of the border. Intercountry travel for leisure and business is a critical economic driver for this entire region."

It is also the first project to join a foreign airport terminal with the U.S., reports the Los Angeles Times. The AP says that "the only other cross-border airport known to industry experts is in the European Union — between Basel, Switzerland, and France's Upper Rhine region — but it carries none of the political freight of San Diego and Tijuana."

Joseph Misenhelter, assistant port director for Customs and Border Protection, told reporter Jean Guerrero that the process is the same as going through any other pedestrian port of entry.

"The only extra requirement they're going to have is to actually be a ticketed passenger," Misenhelter said. "Everything else we're gonna have is what they're used to."

The new crossing is the latest development in the process of improving and regulating travel between the U.S. and Mexico at the busy border crossing. As we reported earlier this year, new regulations went into effect at the San Ysidro foot crossing between Tijuana and San Diego. Those rules, which affect travelers going from the U.S. to Mexico, call for people crossing on foot to present a passport, fill out paperwork and, if they are staying for longer than one week, pay a 330-peso fee (about $20).