Accessibility links
MLB Commissioner To Decide Whether To Reinstate Pete Rose : The Two-Way One of Major League Baseball's greatest players has been banned since 1989 for gambling on the game. But sports leagues' traditionally hard attitudes toward sports gambling seem to be softening. 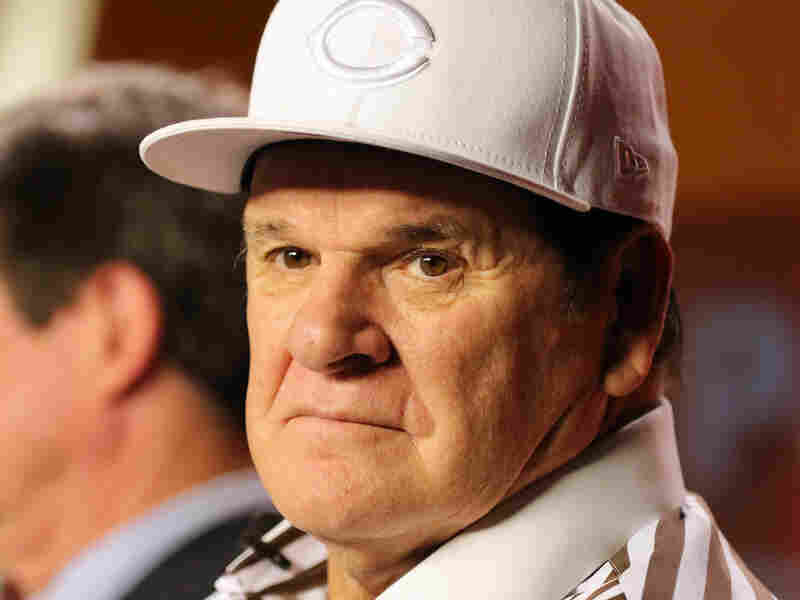 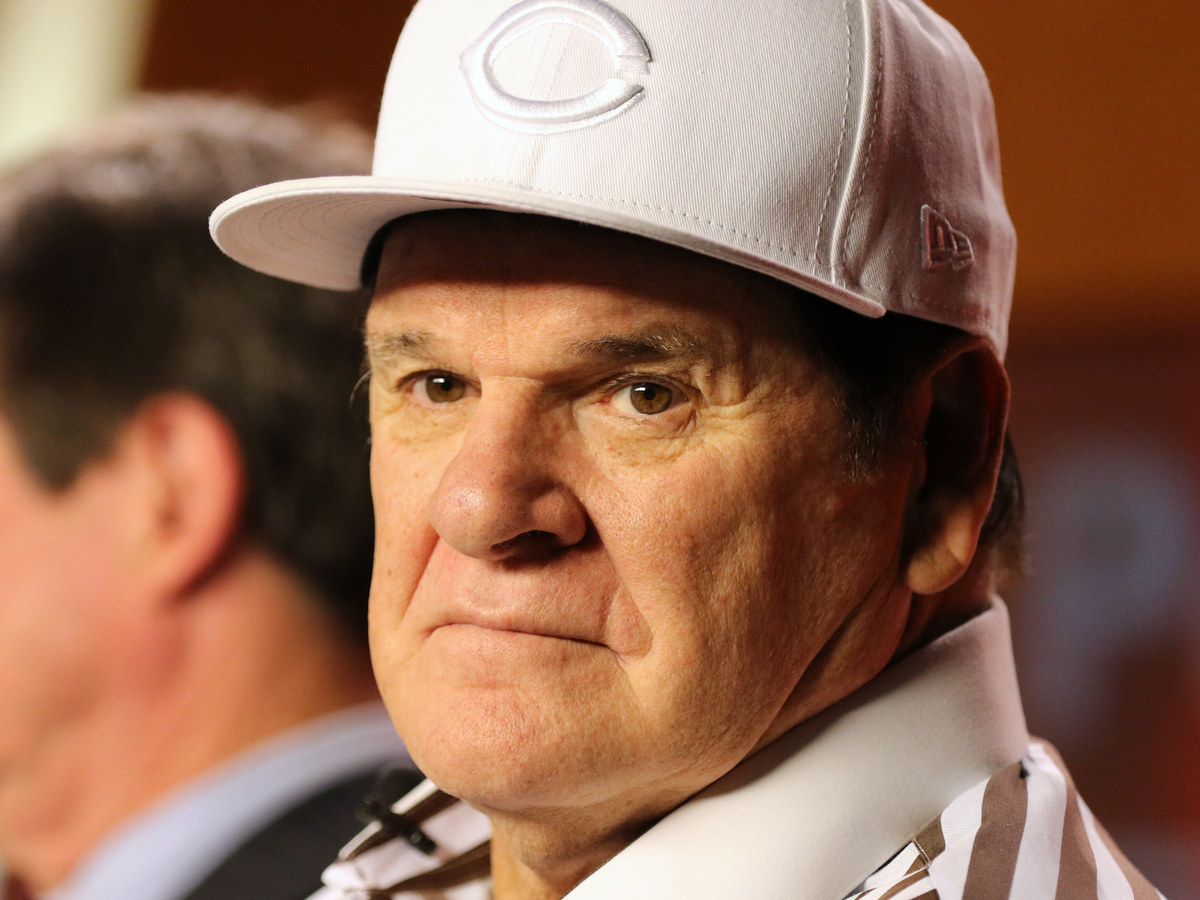 Former Cincinnati Reds player and manager Pete Rose has been banned from the game since 1989. But he could be reinstated.

It's the offseason for Major League Baseball, but big news is coming soon. Commissioner Rob Manfred says he will decide by the end of the month whether to reinstate Pete Rose.

The former perennial All-Star for the Cincinnati Reds is one of the greatest players ever; many consider his record for most hits in a career — 4,256 — untouchable.

Rose, of course, has also been baseball's most celebrated pariah. He was banned in 1989 for betting on the game. Rose has campaigned for reinstatement in the past, and lost. He's hoping a new commissioner — Manfred's been in office since January — means a different outcome.

Rose has many supporters, certainly in Ohio. Among them, Democratic state Sen. Cecil Thomas turned his support into legislation. In April, Thomas introduced Senate Concurrent Resolution 4.

It asks Manfred to "remove Peter Edward 'Pete' Rose from Major League Baseball's permanently ineligible list as soon as possible, and to urge the Baseball Writers' Association of America and the National Baseball Hall of Fame to include Rose on the Hall of Fame ballot."

The bill, which had bipartisan support, stalled in committee after a June revelation by ESPN's Outside the Lines that Rose bet on baseball when he was a player. Rose's admission up until then was that he had bet only when he managed the Reds in the late 1980s. The report, and the bill's holdup in the Ohio Legislature, haven't dimmed Thomas' support, which the 63-year-old state senator traces back to his baseball-playing days as a little leaguer in Cincinnati.

"I didn't get to be a senator just by kind of dragging along," he says. "I put in 110 percent of my effort to get to where I am today. And it goes back to the foundation that my baseball coach instilled in me. He'd always say, 'Watch how Pete Rose does it — head-first slides and runnin' and all of that.' "

Like many of Rose's supporters, Thomas points to the fact that Rose's baseball betting was always on his own team — to win. Rose always maintained he never bet against the Reds.

"I guess that's the difference in this whole scenario," Thomas says, adding, "If he had gambled against his team then, yes, that should be banned — period — since you've done something to impact the outcome in a very negative way. However, his efforts were that his team would win. We want [players and managers] to be winners and to have enthusiasm to win."

Impact Of Not Betting

It's the same rationale Ryan Rodenberg has heard for years from his college students, and it's a rationale with which he's never agreed.

Rodenberg is an assistant professor of sport management at Florida State University. Every semester, Rodenberg holds lectures on sports gambling in his graduate sports law classes. Pete Rose always comes up, and so does the argument that Rose is innocent, or at least less guilty, because he bet on his own team to win.

Rodenberg cites several problems with the argument, all outlined, he says, by John Dowd, the lawyer whose investigation and subsequent report led to Rose's lifetime ban.

One problem, says Rodenberg, is that while Rose admitted to betting on Reds games, there's fairly substantial evidence he didn't bet on every game. "If someone who normally bets on games for differing amounts suddenly decides not to wager, that's a signal," says Rodenberg, "to the bookies, to other insiders who may be privy to that information, that someone who normally bets on the team to win just doesn't have that much confidence in that night's game."

Rodenberg says there's also evidence that Rose didn't always bet the same amount of money. "Certainly if someone were to bet 100 bucks on a team to win versus $5,000, that's a pretty strong signal on differing levels of confidence in terms of how the team would do."

While Rodenberg contends there's plenty of evidence to implicate Rose, he also acknowledges that Manfred is mulling over his decision in a different climate.

And then Manfred is also dealing with the human element: Rose is 74, and his supporters say he's been punished long enough.

All of these factors, says Rodenberg, could prompt a possible split decision by the commissioner, who has promised to take a "fresh look" at the Rose case.

"If Rob Manfred is inclined to be sympathetic and offer an olive branch," Rodenberg says, "he certainly could confirm the fact that Rose is banned for life in terms of being a manager, coach or instructor during spring training."

"But you could allow for a vote to take place about whether Rose should be in the Hall of Fame," adds Rodenberg. "That would be a bronze bust in a museum — far different than being on a coaching staff for a team. It's a possibility, but the baseball writers [who vote for Hall members], working in conjunction with Major League Baseball, would have to revise the voting rules."

In 1991, in response to the Rose case, the Hall of Fame voted to ban players on the permanently ineligible list.

Certainly Thomas would endorse such a compromise. "We tell our children all the time — you walk with integrity, you be honest and tell the truth," says Thomas. "The moment you don't, you're sanctioned for that. But do you give them a life sentence for that? I'd say no."