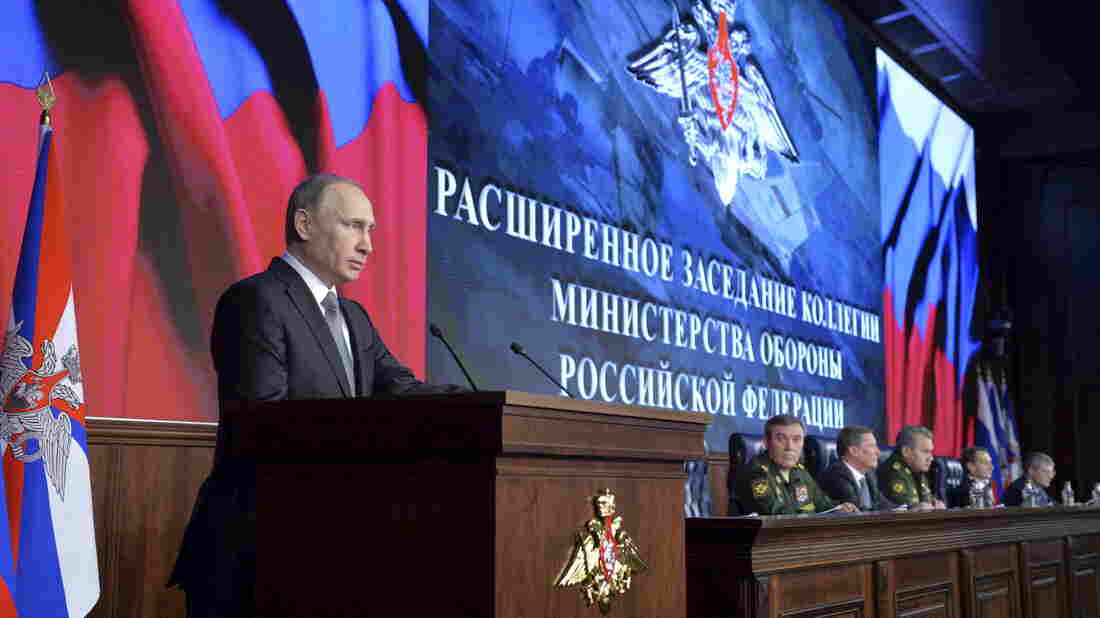 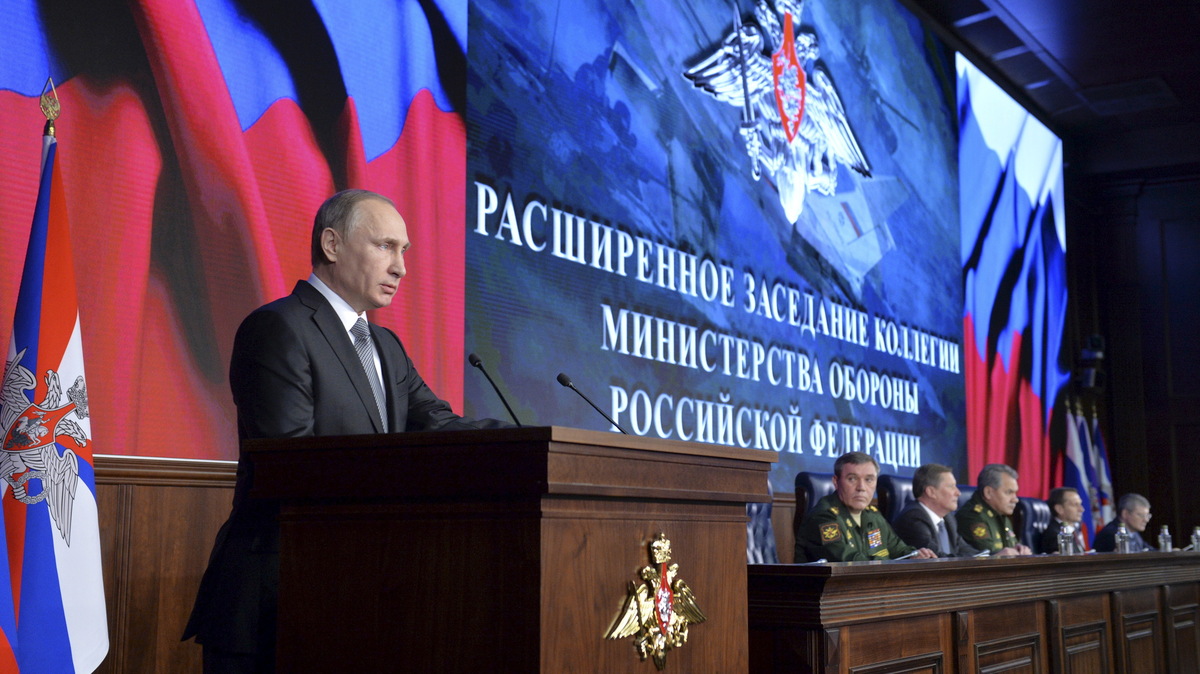 Russian President Vladimir Putin addresses the audience Friday during an annual meeting at the Defense Ministry in Moscow.

Russian President Vladimir Putin said Friday that his forces are helping factions of the Free Syrian Army, a statement that could signal a shift in Russia's policy in Syria.

In a speech to his top military commanders, Putin said the Russian military has provided weapons, supplies and air support to the Western-backed opposition group.

NPR's Corey Flintoff reports that during the speech:

"Putin said Russia has received targeting information from the Free Syrian Army, and used it to hit what he called 'terrorist' positions.

"Russia strongly backs Syrian President Bashar al-Assad in the civil war, but now Putin seems to be saying that he is also aiding some groups that oppose both Assad and the Islamic State."

Russia has previously claimed to be communicating with opposition forces, Corey says, but Free Syrian Army groups have denied ever talking with Russia. This is the first time Russia has claimed to provide weapons and supplies to the group — an assertion that hasn't been independently confirmed.

The Associated Press reports that Putin also called for "closer coordination with the U.S.-allied coalition."

The U.S. coalition and Russia have both been conducting airstrikes in Syria, and both say they are targeting the Islamic State. But as Corey notes, Russia also supports Assad. Some Western governments have accused Russia of striking opposition groups instead of the Islamic State — helping Assad under the pretense of fighting terrorism, the AP reports.

Russia says its actions in Syria are based on self-preservation.

"Our action there hasn't been prompted by some abstract geopolitical interests or a desire to train and test new weapons systems, which is important, too," Putin said. "The main thing is to avert a threat to the Russian Federation."

Despite their differences, Russia and the U.S. have both been working to coordinate peace talks between Assad's government and opposition forces.

U.S. Secretary of State John Kerry will be traveling to Moscow next week to talk with Putin and Russian Foreign Minister Sergei Lavrov, the AP reports, to discuss plans for Syrian negotiations (as well as the ongoing instability in Ukraine).

For his part, Assad has indicated no desire to come to the negotiating table.

"Asked whether he would be willing to join negotiations called for by world powers by Jan. 1, he said: 'They want the Syrian government to negotiate with terrorists, something I don't think anyone would accept in any country.' "