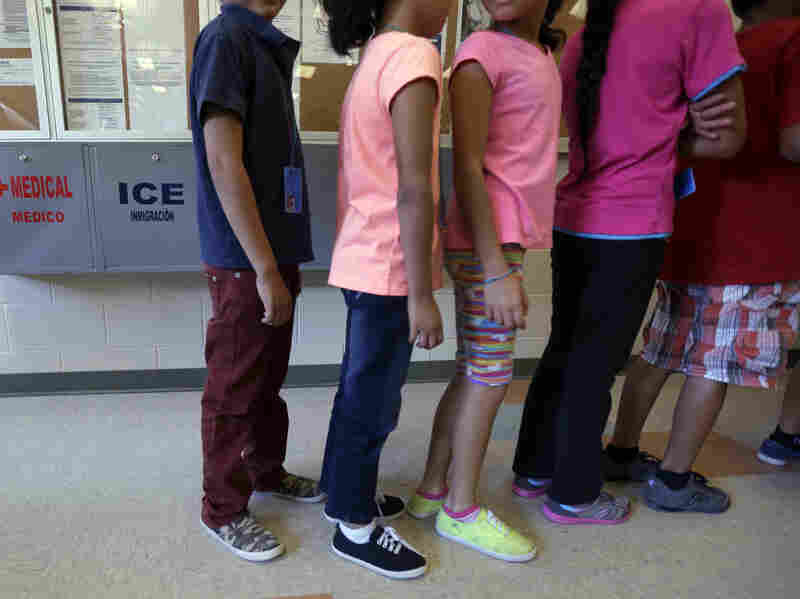 Children line up in the cafeteria at the Karnes County Residential Center, a temporary home for women and children detained at the border, in Karnes City, Texas, in this Sept. 2014 photo. Eric Gay/AP hide caption 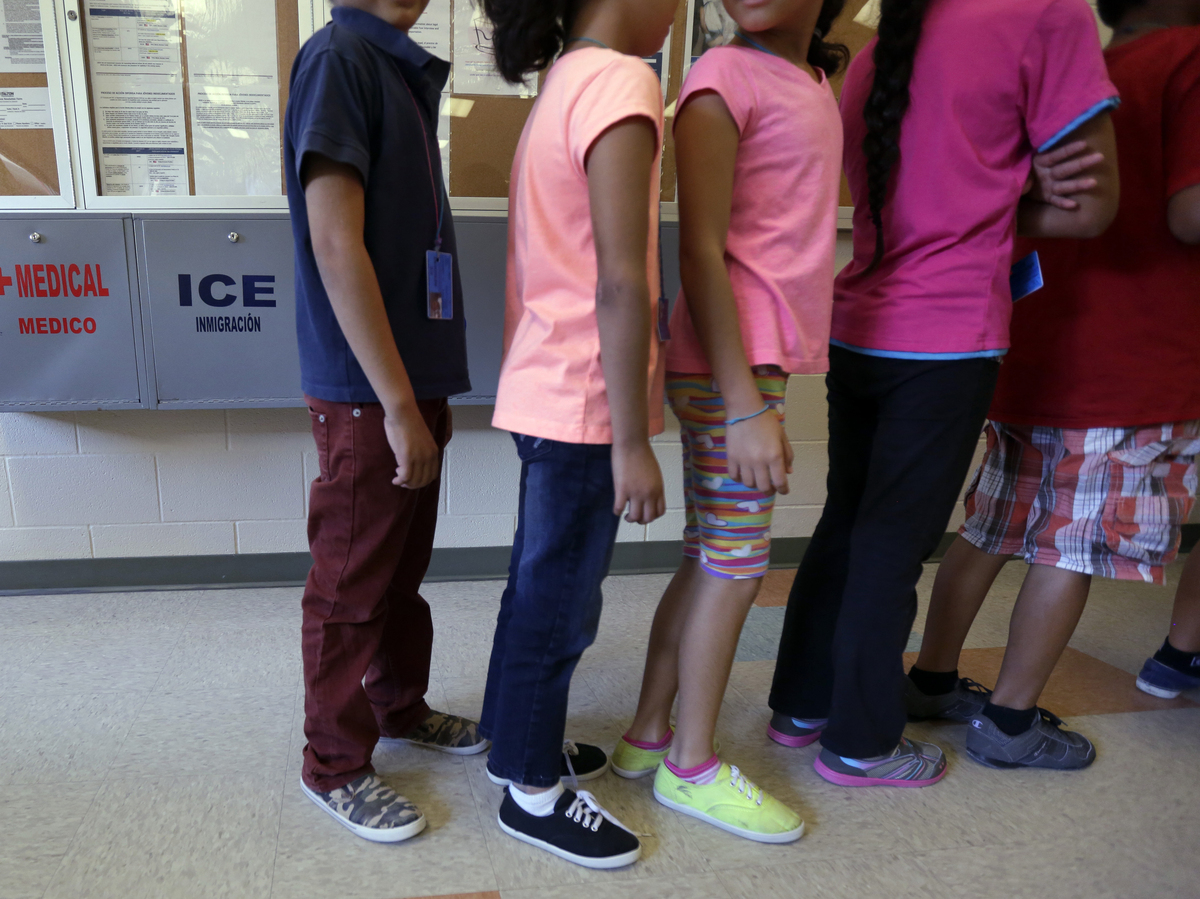 Children line up in the cafeteria at the Karnes County Residential Center, a temporary home for women and children detained at the border, in Karnes City, Texas, in this Sept. 2014 photo.

Last month saw a sharp rise in the number of Central Americans, especially unaccompanied youth, apprehended by U.S. border authorities. According to The New York Times, a total of 5,622 young people without parents, mostly from Central America, were caught. That is more than twice the number as November of last year. It is, however, lower than at the height of a surge in the summer of 2014, when tens of thousands of migrants from Central America arrived in the United States.

Part of the Obama administration's response to that surge was to build family detention centers, where migrant children who had arrived with a parent were held, in some cases for more than a year. But a U.S. federal district court judge ruled against those extended stays last July, saying the policy violated Flores v. Meese, an 18-year-old court settlement regulating the detention of migrant children. Today parents and children are supposed to be detained for no more than 20 days, except under exceptional circumstances.

Now the Obama administration is pushing to revive its approach to family detention. On Dec. 1, Justice Department lawyers filed a motion with the 9th U.S. Circuit Court of Appeals to expedite its appeal of the U.S. district court ruling. As things stand now, the appeal will not be heard until 2017. The administration has argued that extended family detention can dissuade parents and children from making the trip north.

This is a view shared by some border authorities. "I'm sure some information has filtered down to those countries that maybe they have some opportunities with respect to our inability to detain families and kids," the acting chief of the Border Patrol for the Rio Grande Valley, Raul Ortiz, told the Times. "Family members that are already here are saying, now is potentially a pretty good time to come to the U.S."

Currently more than 1,500 immigrant parents and children are being held in three family detention facilities, two in Texas and one in Pennsylvania.

The Obama administration is also seeking to provide additional shelter for unaccompanied children — with plans to add around 1,400 beds in Texas and California.