Accessibility links
Keep An Eye On The Skies: Geminid Meteor Shower Peaks Tonight : The Two-Way The strongest meteor shower of the year hits its peak Sunday night and early Monday morning. It's visible across the world, wherever skies are clear and light pollution is low. 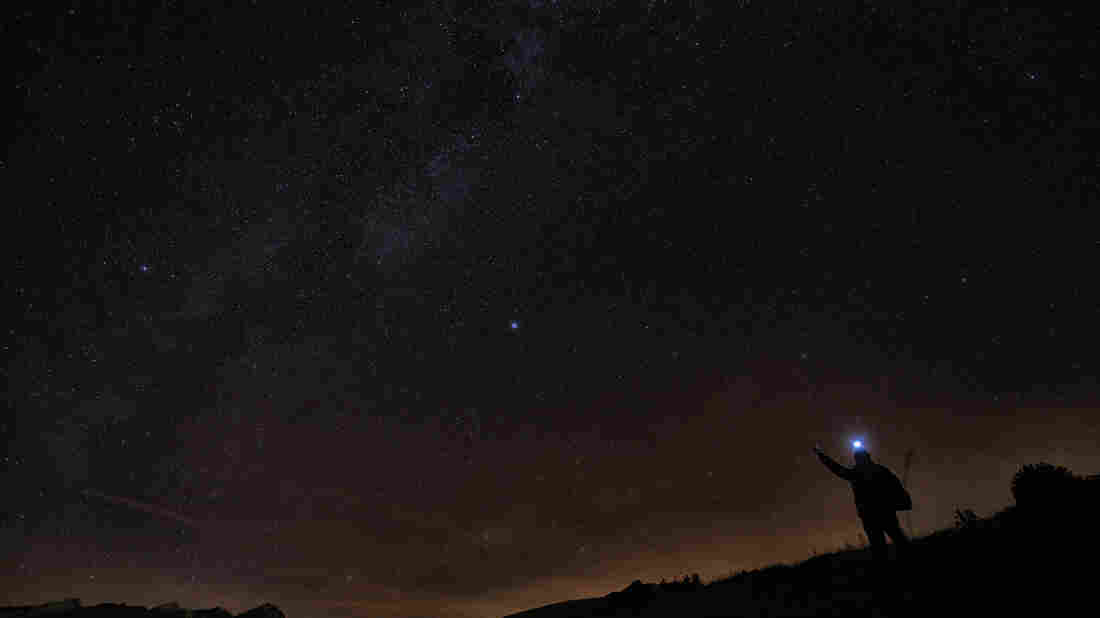 A photographer looks at the sky at night to see the annual Geminid meteor shower on the Elva Hill, in Maira Valley, near Cuneo, northern Italy on December 12, 2015. Marco Bertorello/AFP/Getty Images hide caption 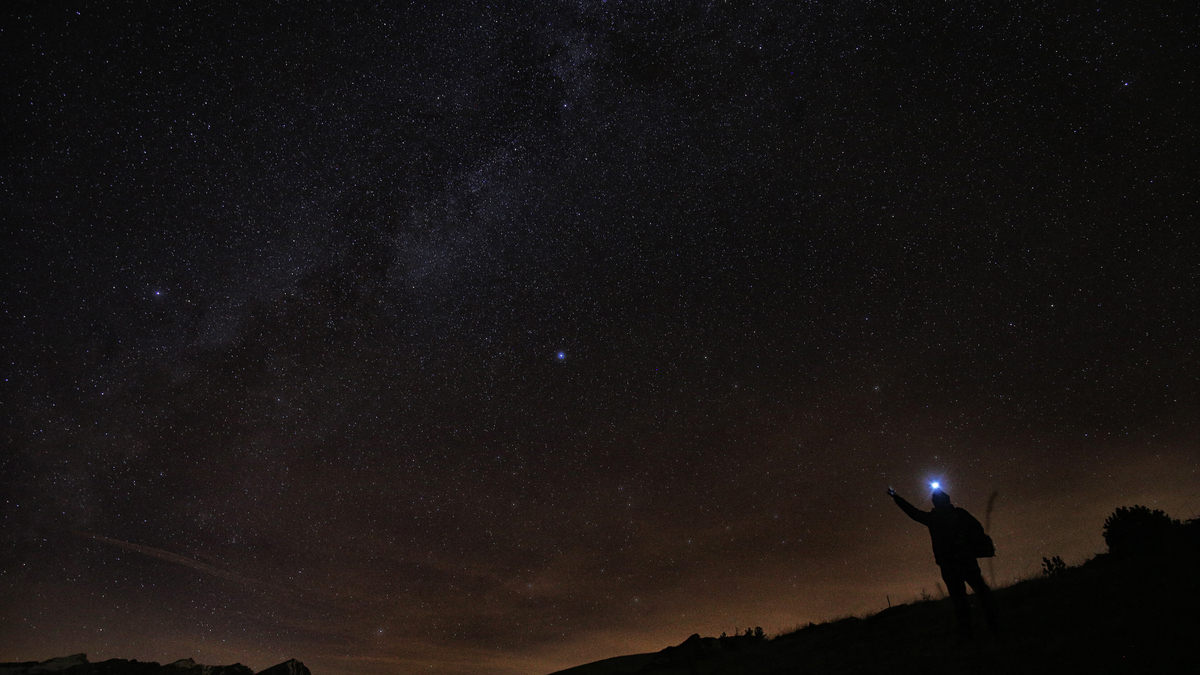 A photographer looks at the sky at night to see the annual Geminid meteor shower on the Elva Hill, in Maira Valley, near Cuneo, northern Italy on December 12, 2015.

Tonight Earth gets a free show, courtesy of a trail of dust and debris through space.

The Geminid meteor shower, the strongest meteor shower of the year, lasts about two weeks each December. This year, it reaches its peak late Sunday night.

The shower is the result of a small rocky object, called 3200 Phaethon, that leaves a trail of detritus behind it as it swings in an odd orbit around the sun. When Earth passes through that rocky trail, the debris hits our atmosphere — and we see a multitude of meteors.

At its peak, the shower is visible from both the Northern and Southern hemispheres, notes NASA, with "beautiful long arcs viewable for 1-2 seconds."

To see it yourself, just head away from bright lights, settle down and look up. There's no need to focus on a particular region of the sky. And remember, meteor showers reward patience.

The Los Angeles Times points out a few factors in your favor if you're angling for a good view tonight:

This year's shower is accompanied by a waxing crescent moon that will leave the sky very dark — excellent for meteor-watching.

According to the Royal Astronomy Society, the Geminid meteor shower has gotten more intense in recent years because the gravitational influence of Jupiter and Saturn has shifted a denser debris stream closer to our planet.

But if you're stymied by cloud cover or light pollution (or just prefer to stay indoors), the website Slooh is live-streaming the meteor shower.

And NASA will be taking your meteor-related questions on Twitter, starting at 11 p.m. Eastern. Tag your questions with #askNASA.