Accessibility links
Peace Talks Begin In Switzerland As Cease-Fire Kicks Off In Yemen : The Two-Way The warring parties — including the current government, the Houthis and supporters of the former president — are in Biel for U.N.-backed talks. 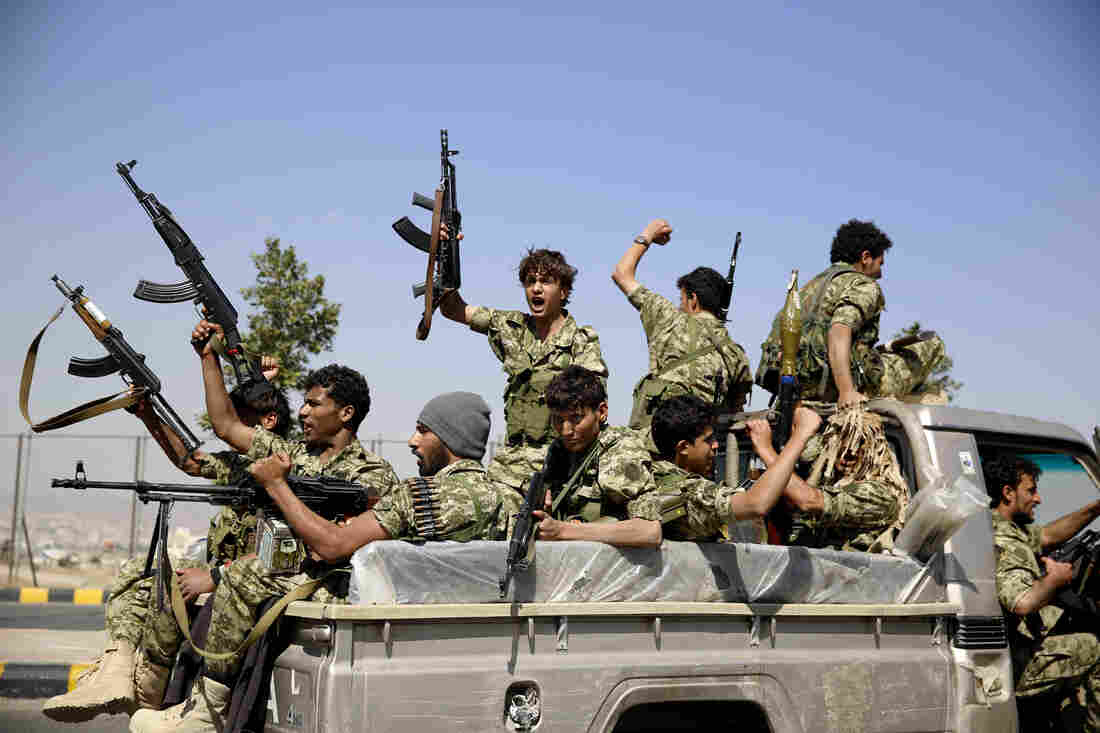 Shiite fighters, known as Houthis, ride on a patrol truck as they chant slogans during a tribal gathering showing support for the Houthi movement in Sanaa, Yemen, on Monday. Hani Mohammed/AP hide caption 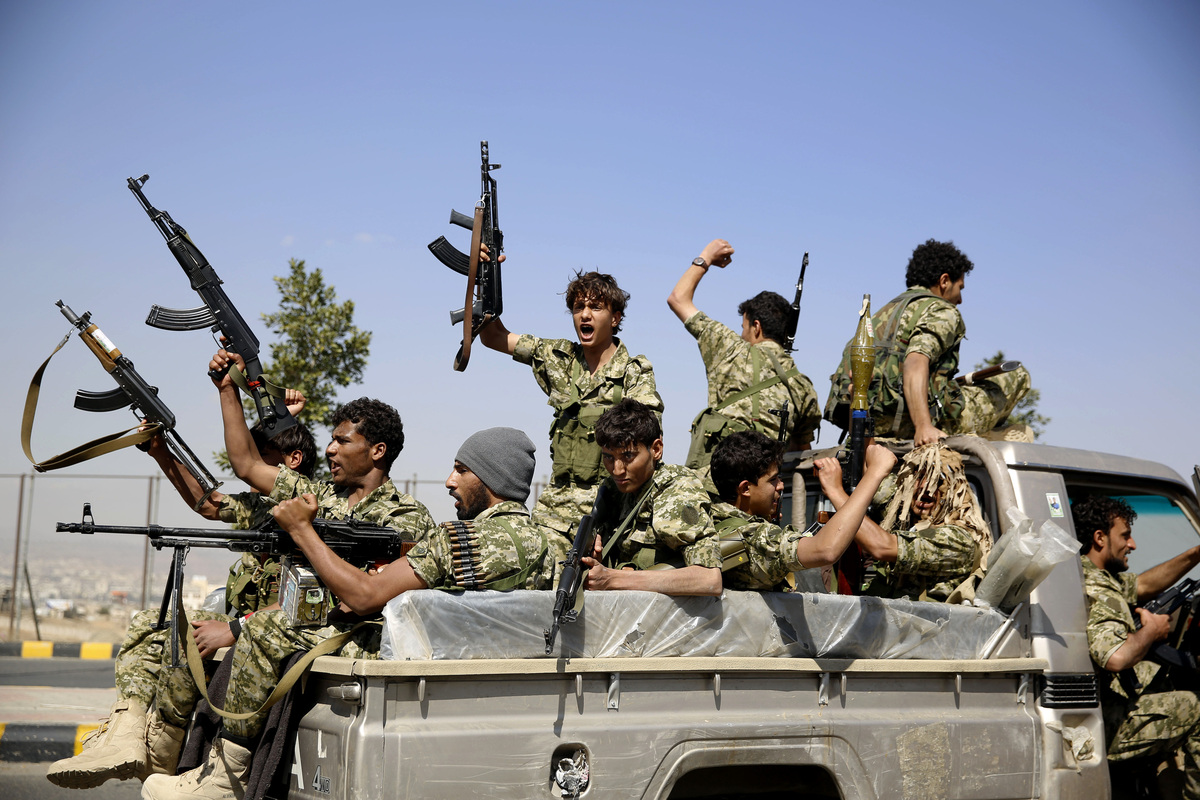 Shiite fighters, known as Houthis, ride on a patrol truck as they chant slogans during a tribal gathering showing support for the Houthi movement in Sanaa, Yemen, on Monday.

Just as a cease-fire kicked off in Yemen, the warring parties were meeting in Switzerland to try to bring an end to a conflict that has lasted nine months and left thousands dead.

"At least 5,700 people — almost half civilians — have been killed since a Saudi-led coalition launched a military campaign against the rebels in March.

"The coalition is seeking to drive back the Houthis and restore the government.

"Representatives of President Abdrabbuh Mansour Hadi, the Houthis and the General People's Congress party of former President Ali Abdullah Saleh - whose loyalists in the security forces have backed the rebels - are meeting in the city of Biel. The talks are expected to last all week."

The talks in Switzerland are backed by the United Nations. Ismail Ould Cheikh Ahmed, a U.N. spokesman, told The New York Times that the first face-to-face talks would happen by mid-morning.

"The cessation of hostilities which was called today should mark the end of military violence in Yemen and the transition to progress based on negotiations, dialogue and consensus," Ahmed said, according to the Times.

The Wall Street Journal reports that this cease-fire and the talks were preceded by the killing of two top military officers from Saudi Arabia and the United Arab Emirates.

The deaths, the Journal reports:

"... underscore the rising costs to Riyadh and its allies of a conflict that many observers view as a proxy war between the Saudis and their Sunni Muslim allies and the Houthis and their Shiite backers in Iran."

"Tehran denies supplying military aid to the Houthis, a movement whose members adhere to the Zaidi sect of Shiite Islam, but says it supports them politically.

"This week's talks, which are being held at an undisclosed location, follow a series of broken cease-fires and diplomatic failures to end the war, which the United Nations estimates has killed more than 5,800 people—both coalition and rebel fighters, along with civilians."