Accessibility links
Jurors In Baltimore Police Trial Say They're Deadlocked : The Two-Way The judge instructed the jurors to keep working toward a verdict after receiving a note from the panel Tuesday afternoon. 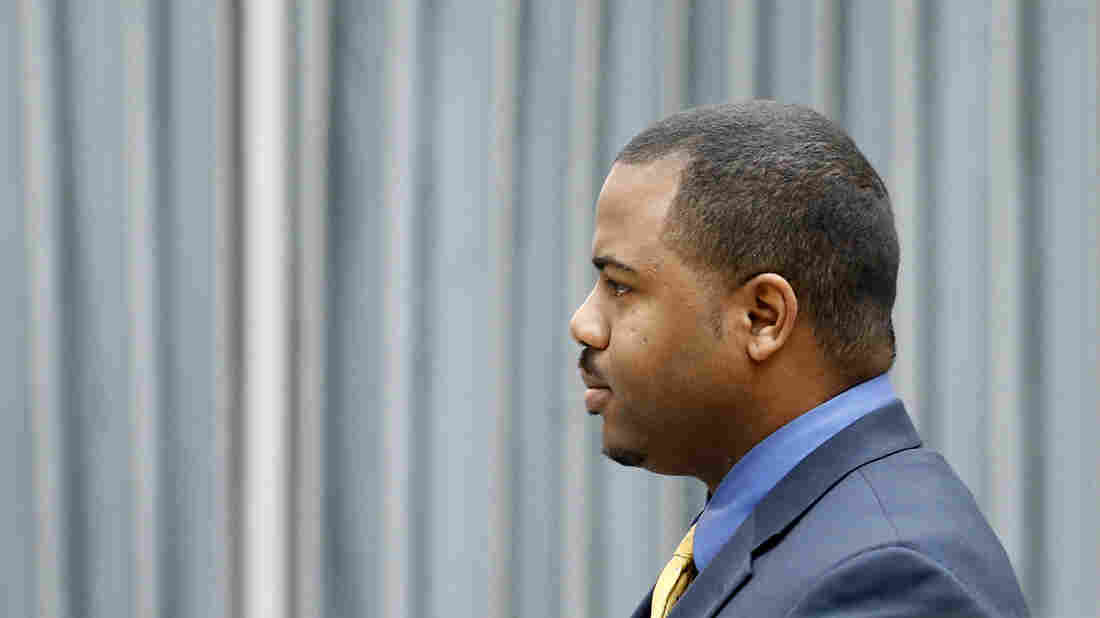 William Porter, one of six Baltimore city police officers charged in connection with the death of Freddie Gray, walks to a courthouse for jury selection on Nov. 30. Patrick Semansky/AP hide caption 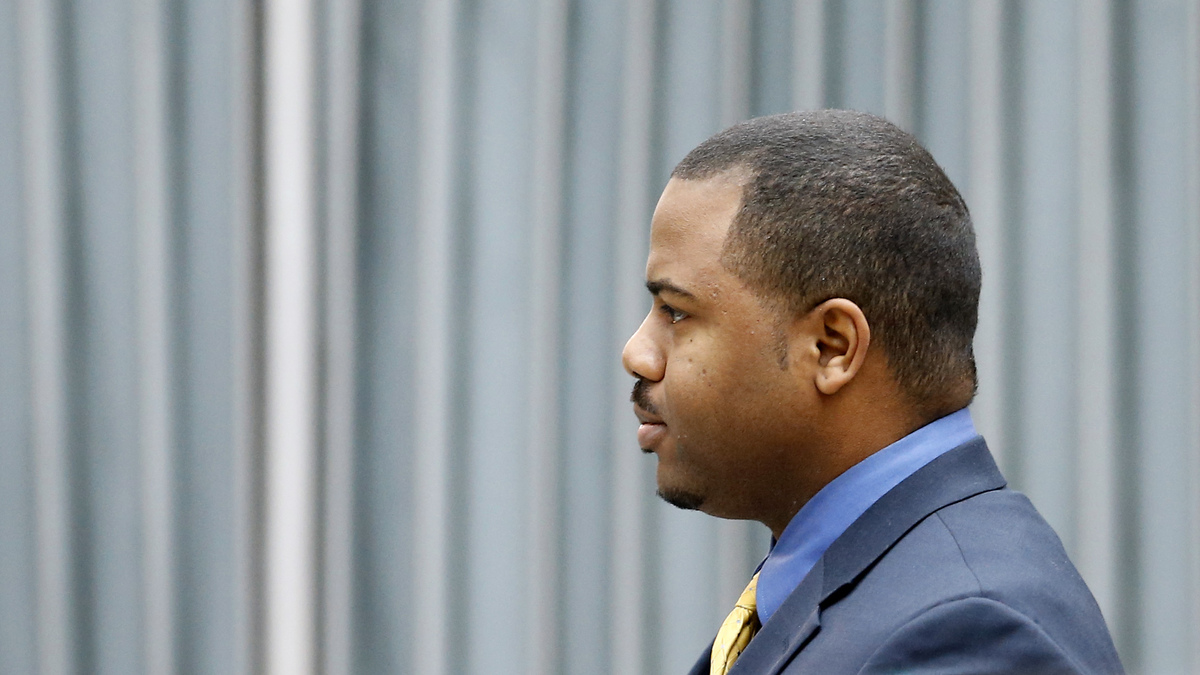 William Porter, one of six Baltimore city police officers charged in connection with the death of Freddie Gray, walks to a courthouse for jury selection on Nov. 30.

On the second day of deliberations in the trial of a Baltimore police officer who's accused of involuntary manslaughter and other charges in the death of Freddie Gray, the jury sent a note to the judge saying they're deadlocked.

Judge Barry G. Williams instructed the jurors to keep working toward a verdict after receiving that note Tuesday afternoon, reports NPR's Jennifer Ludden. The panel began its deliberations in the trial of Officer William Porter on Monday afternoon. They have adjourned their second session and will return to the jury room Wednesday morning.

Williams told jurors to reach a compromise if they can do so "without violence to your individual judgment," Jennifer says. Williams also urged them to re-examine their views of the case.

As the Two-Way reported Monday, Porter is the first of six police officers to be tried in connection with Gray's death.

Officer Porter, 26, is a two-year veteran of the Baltimore police force. Prosecutors say he neglected to put a seatbelt on Gray when he was arrested and didn't call for medical help for Gray — who broke his neck while in police custody and later died.

When Jennifer summed up Porter's testimony last week, she relayed how Porter "says he knew Freddie Gray and people in that neighborhood by their first names and he had a rapport with them, and he was trying to calm them down. He says he did not see Gray when he was first placed in the van or see whether he was seat-belted."

Porter says that at one point during Gray's ride in the back of a police van, he helped the man up off the floor and onto a bench.