Accessibility links
Michigan Mayor Declares State Of Emergency Over Lead Levels : The Two-Way Lead poisoning has caused irreversible health problems for children in the city of Flint. Mayor Karen Weaver calls it a "man-made disaster" and says the situation is still dangerous. 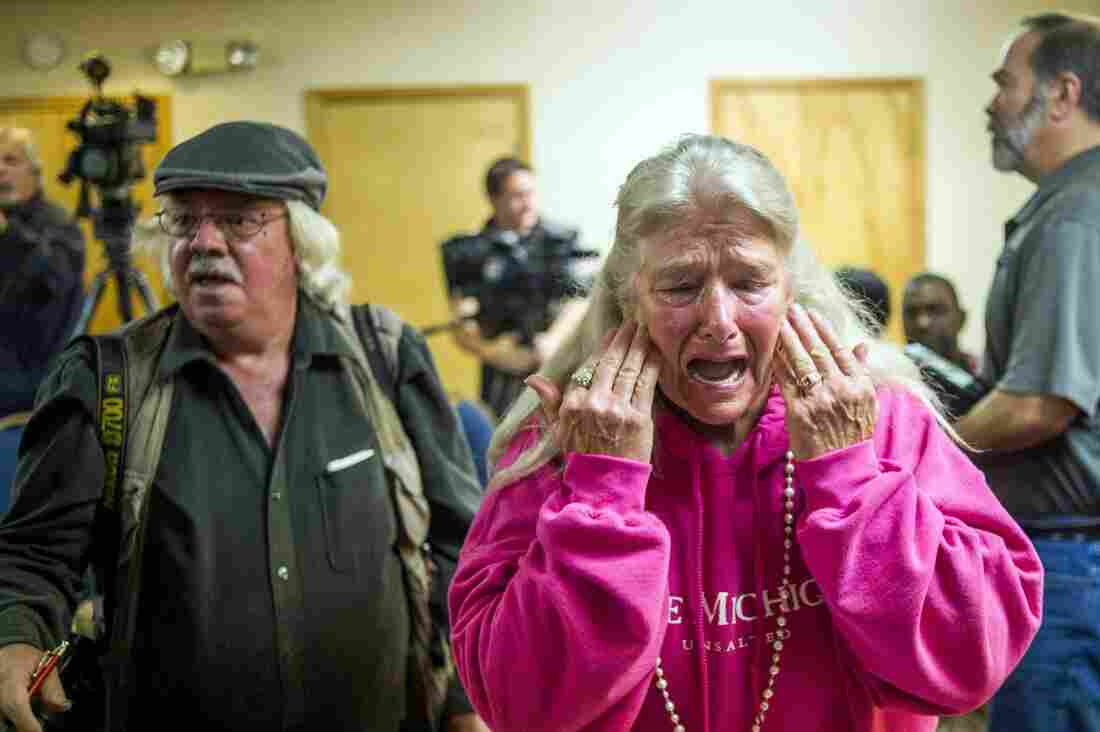 A Flint resident cries out during the filing of a class action lawsuit against city and state government officials on Monday, Nov. 16, 2015. JAKE MAY/MLIVE.COM /Landov hide caption 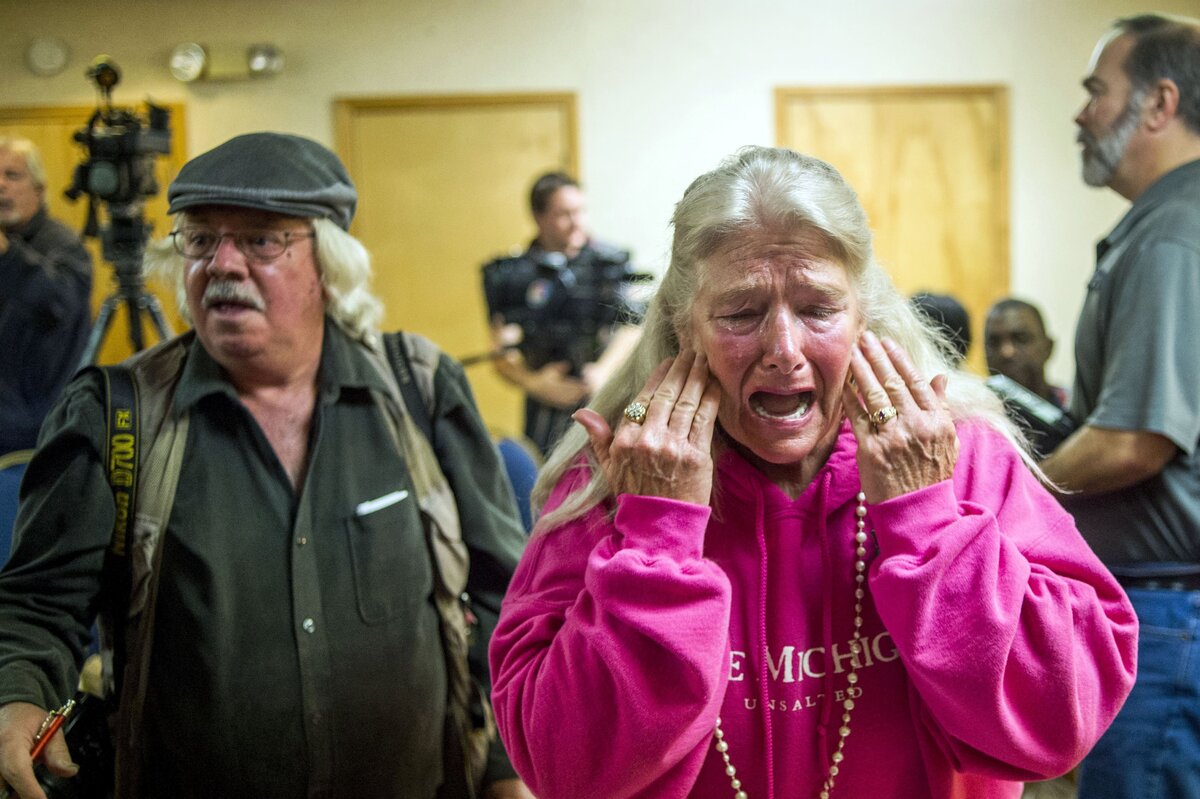 A Flint resident cries out during the filing of a class action lawsuit against city and state government officials on Monday, Nov. 16, 2015.

The mayor of Flint, Michigan says her city is experiencing a "man-made disaster" after a 2014 switch to a new water source.

She says the city's usage of water from the Flint River elevated blood lead levels in children, leading to irreversible health effects.

In a televised interview on The Rachel Maddow Show on Tuesday, Mayor Karen Weaver called her choice to declare a state of emergency "the only step we could take at this point," adding that the city is seeking state and federal funds in light of health problems of the city's children.

"We know that Flint is not in a position to bear this burden alone, and we are asking and looking for state and federal assistance. And the only way that we were going to happen was to declare a state of emergency, and hopefully that gets it to the county which will get it to the state where the governor can make it federal."

But it's not clear that Genesee County will support Mayor Weaver's request for federal disaster aid, which is a crucial step in elevating the issue to the federal level, The Flint Journal-MLive reported Tuesday. County board Chairman had initially said "that there's no need for the state of emergency" because "nothing more can be done." He later told the same publication that the issue will receive a "full hearing" in front of the Genesee County Board of Commissioners on January 4.

The Wall Street Journal explained the problem began when Flint switched to a new water source:

"The city of nearly 100,000 has been battling a water crisis for months after it became increasingly clear that switching its water source to the Flint River in April 2014 caused lead levels in drinking water to rise. The temporary switch was part of a cost-cutting move away from Detroit's water system before Flint could begin receiving water from another authority in 2016.

The city stopped using the Flint River as its water source in the fall, after the extent of the contamination became apparent."

High levels of lead are especially harmful to children and pregnant women, and can cause "learning disabilities, behavioral problems and mental retardation," the World Health Organization says.

A study conducted by a local medical center released in September showed that 2.1% of children 5 and under had elevated blood lead levels before the switch to Flint River water, compared to 4.0% after the switch.

Dr. Mona Hanna-Attisha, a doctor in Flint who discovered the elevated lead levels, told NPR's Michel Martin in October that the health impact on these children will be permanent:

The damage is done. Lead is a irreversible neurotoxin, so once you are exposed, you're exposed. It crosses the blood-brain barrier. It impacts cognition and behavior and mental health and lifetime, you know, potential, so the damage is done. So the other thing - our research entirely underestimates the risk because lead in water disproportionally affects infants on formula.

Michigan Radio gives us a sense of just how destructive this water is. "Flint's water was so caustic; it was damaging car parts at one of General Motors' engine plants," reporter Lindsey Smith said Tuesday in a documentary about Flint's water.

The station reported last month that four families have filed a class action lawsuit against the city and state. Attorneys are "hoping to sign up tens of thousands" more to seek damages for their health problems.

And the situation is still dangerous for Flint residents, the city's mayor says. The problem with the new water source was that it was damaging and corroding the water pipes, releasing lead into the water. Mayor Weaver told Rachel Maddow that even though the city has switched back to their original water supply, "when the water comes through, the lead leaches out—and that's why there's still a problem with lead."