Accessibility links
Congress' Funding Package Offers No Debt Assistance To Puerto Rico : The Two-Way Struggling under a $72 billion debt, the territory asked for a legal change allowing it to file for some form of bankruptcy. But lawmakers have left that language out of their tax-and-spending deal. 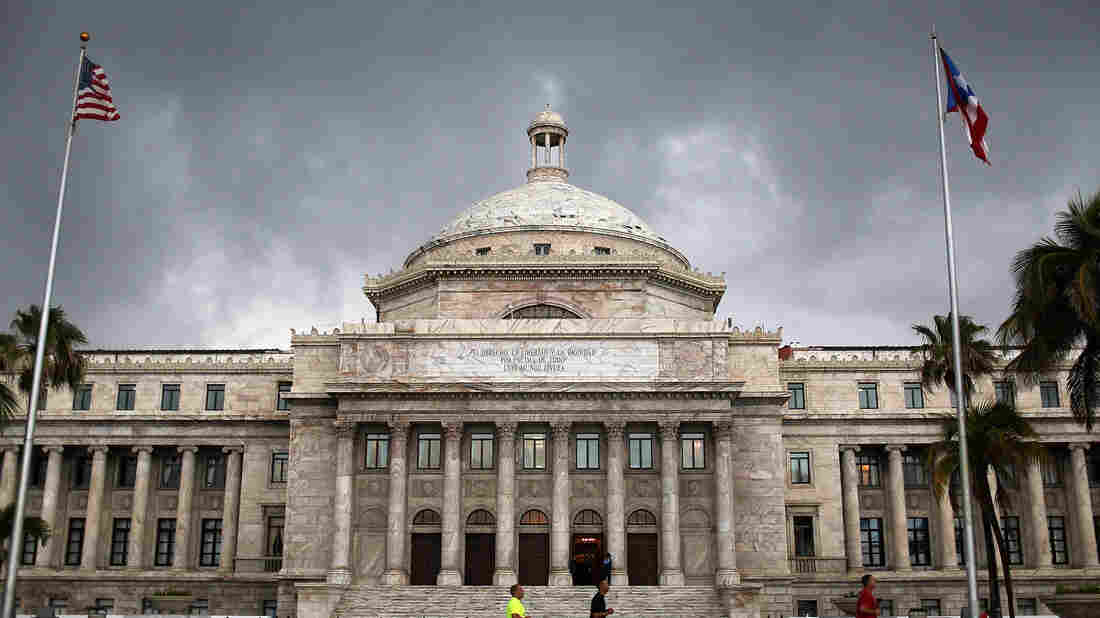 The Puerto Rican capitol building in San Juan is seen on July 1, 2015. The island's residents are struggling to cope with the government's $72 billion debt. Joe Raedle/Getty Images hide caption 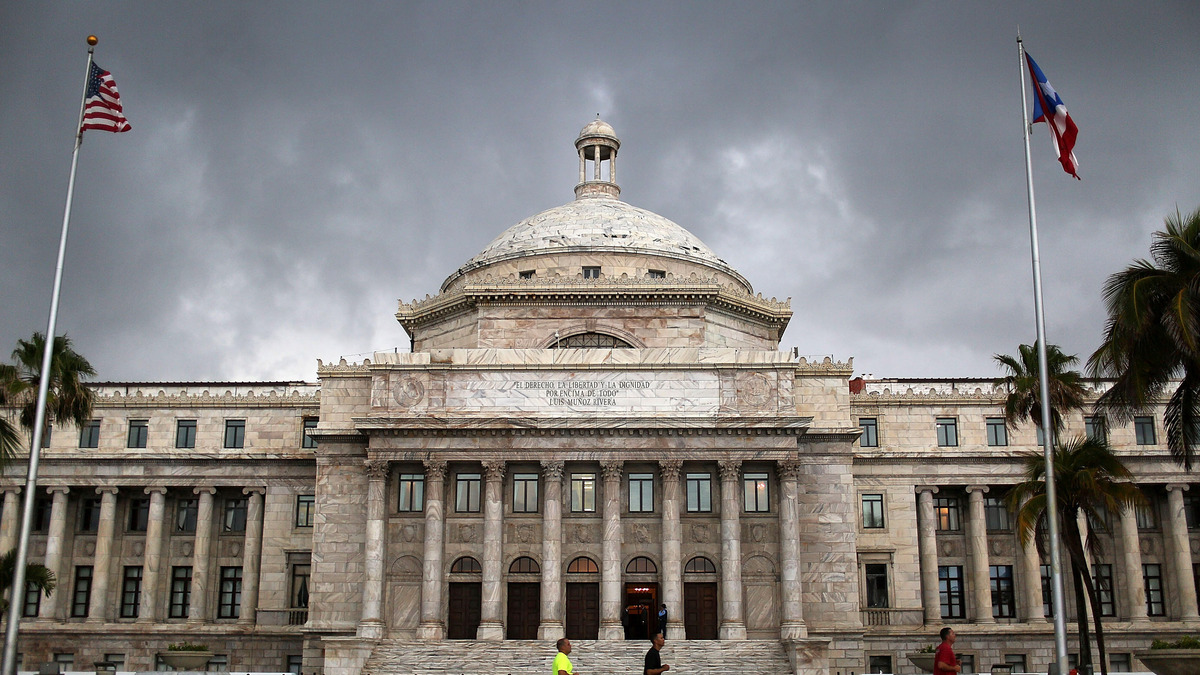 The Puerto Rican capitol building in San Juan is seen on July 1, 2015. The island's residents are struggling to cope with the government's $72 billion debt.

A massive tax and spending bill, designed to keep the U.S. government running for months, doesn't include any direct debt relief for struggling Puerto Rico.

The unincorporated U.S. territory is struggling to make payments on $72 billion of debt. There are serious concerns that the island may default on Jan. 1, when more than $900 million comes due (including over $350 million the Puerto Rican government is constitutionally obligated to pay). The island only narrowly managed to make a $350 million payment on Dec. 1.

"If Congress doesn't take action, the consequences of their inaction will be as severe as they are predictable," Puerto Rico's sole Member of Congress tweeted Wednesday.

Puerto Rico's economic woes run deep and have been building for a while, as NPR's Greg Allen reported in October:

"The island's financial problems are tied to a larger economic crisis. Over the last decade, Puerto Rico has lost a quarter-million jobs, and unemployment is twice the national average. The spiraling economy has sparked a huge outmigration: 84,000 people left the island last year. Treasury official Antonio Weiss says once the money runs out in Puerto Rico, essential services may be cut, and the financial problems could become a humanitarian crisis."

Some lawmakers had proposed that municipalities in Puerto Rico be permitted to declare bankruptcy. Currently, that option is available to cities in U.S. states, but not to municipal entities in U.S. territories.

The White House had suggested a new kind of bankruptcy, specifically for territories, that would allow Puerto Rico to restructure its debt more directly.

Republican Sen. Orrin Hatch, the head of the Senate Finance Committee, opposed both those ideas — but suggested instead that Congress create an "oversight authority" that could spend up to $3 billion to stabilize Puerto Rico's finances, Reuters reported Tuesday.

Puerto Ricans Vow To Have A Bigger Voice In 2016 Election

None of those proposals appeared in the tax and spending passage as of Wednesday, Reuters notes.

"The legislation would increase payments to hospitals on the island and provide bonus Medicare payments to doctors and medical facilities that adopt electronic health record-keeping, according to the text of the bill posted early Wednesday on the House website. ...

"Puerto Rico, where 46 percent of citizens live in poverty, gets a lower percentage of federal funds for Medicaid than 26 other states even though none comes close to its levels of privation. Making up for inadequate federal funding has contributed to Puerto Rico's debt crisis, commonwealth officials say."

Ryan said Wednesday that while it's not addressed in the omnibus bill, the Puerto Rico debt crisis hasn't been tabled entirely.

"I am instructing our House committees of jurisdiction to work with the Puerto Rican government to come up with a responsible solution by the end of the first quarter of next year," Ryan said in a statement.