Accessibility links
One Small Step For The Fed; One Giant Leap For The Economy : The Two-Way After holding rates near zero for seven years, the Fed approved a small increase Wednesday. While that step seems minor, the impact could be huge in 2016 as borrowing costs head up. 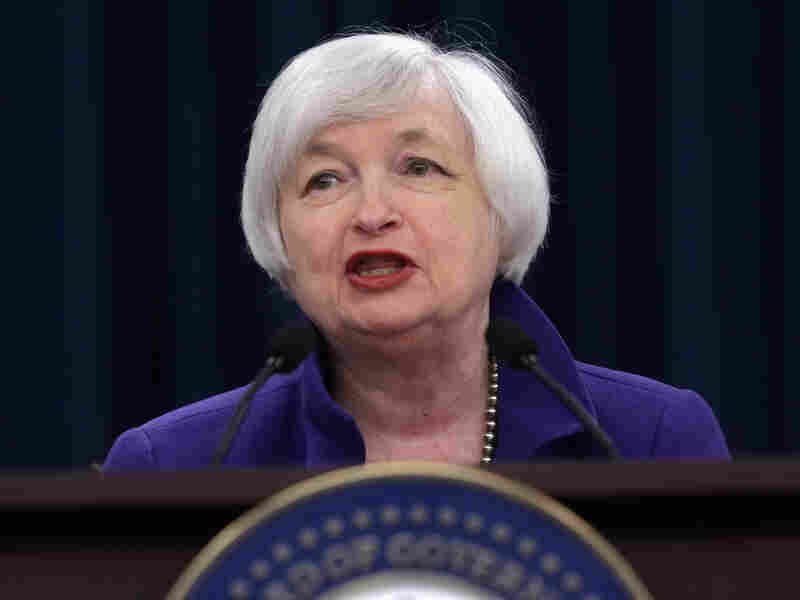 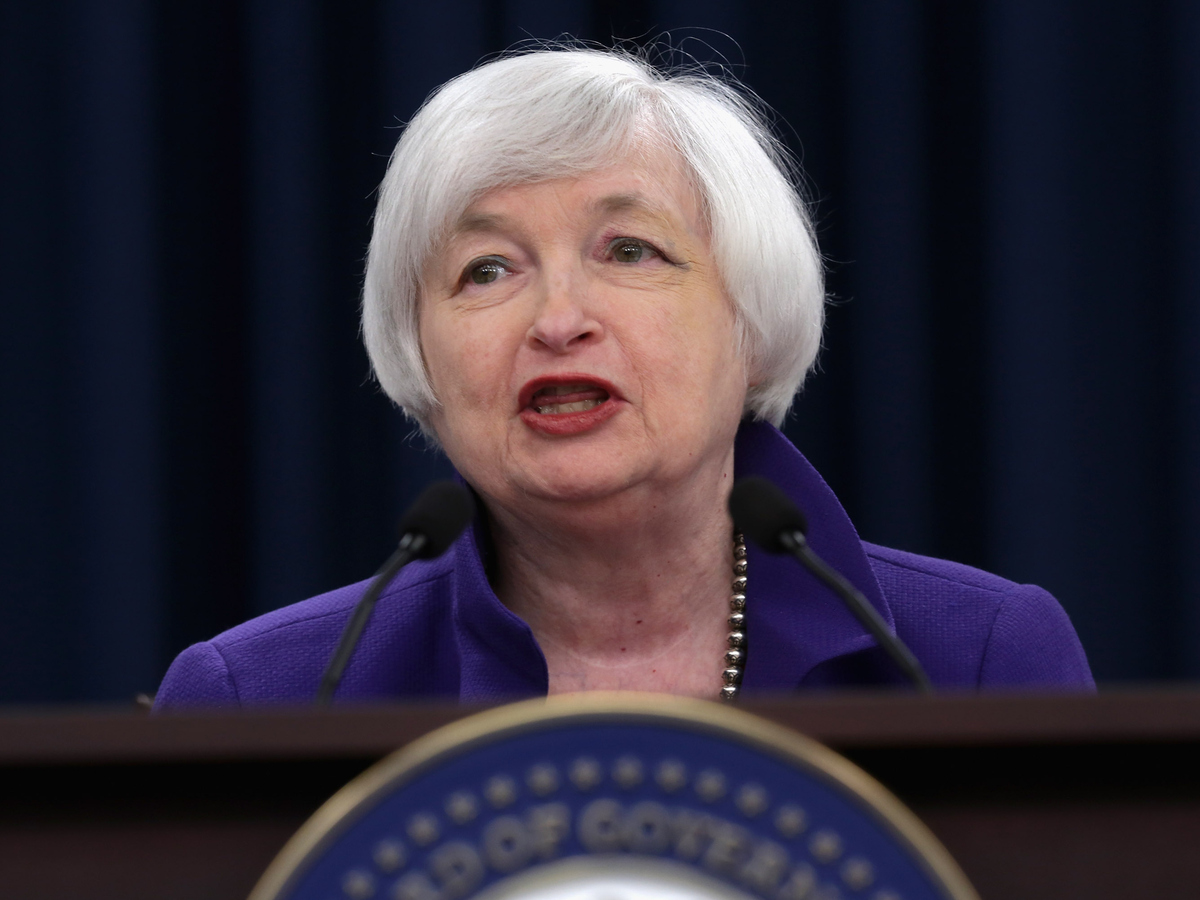 The Federal Reserve on Wednesday announced liftoff for short-term interest rates — a launch that may send many borrowing costs higher in 2016.

The 0.25-percentage-point increase — to a range of 0.25 percent to 0.5 percent — in the federal funds rate was small but important because it signals the beginning of the end of easy money; the Fed wants to get back to normal after years of fighting economic stagnation with supercheap loans.

The economy has improved enough to be able to handle higher rates, the Fed said. "A range of recent labor market indicators, including ongoing job gains and declining unemployment, shows further improvement and confirms that underutilization of labor resources has diminished appreciably since early this year," the Fed policymakers said in a statement released at the end of their two-day meeting in Washington.

The policymakers said they expect "only gradual increases" in rates, adding that "the federal funds rate is likely to remain, for some time, below levels that are expected to prevail in the longer run. However, the actual path of the federal funds rate will depend on the economic outlook as informed by incoming data."

In a news conference after the announcement, Fed Chair Janet Yellen appeared to caution people not to overreact to the increase, saying, "it is a very small move":

Will A Fed Interest Rate Hike Slow The Housing Recovery?

"I think the first thing that Americans should realize is that the Fed's decision today reflects our confidence in the U.S. economy, that we believe we have seen substantial improvement in labor market conditions and while things may be uneven across regions of the country and different industrial sectors, we see an economy that is on a path of sustainable improvement."

Yellen spoke about the importance of timing rate hikes correctly, saying Fed officials cannot afford to wait until it's too late to act:

"What we would like to avoid is a situation where we have waited so long that we're forced to tighten policy abruptly, which risks aborting what I would like to see as a very long-running and sustainable expansion.

"So to keep the economy moving along the growth path it's on, with improving and solid conditions in the labor market, we'd like to avoid a situation where we have left so much accommodation in place for so long that we overshoot these objectives and then have to tighten abruptly and risk damaging that performance."

Shortly after the Fed's announcement, Wells Fargo raised its prime rate to 3.5 percent, from 3.25 percent.

Although the Fed rate hike was widely expected, economists said it was worthy of heavy coverage and hullabaloo because it's such a turning point. The last time the central bank raised rates was June 2006.

Symbolism aside, the Fed's move was actually quite modest: It increased its target for the federal funds rate — the rate banks charge each other for overnight loans — by a quarter percentage point, up from near zero, where it has been for seven years.

But the Fed is likely to continue ratcheting up rates in the coming year. As the impact ripples out, Americans will very likely start to see higher rates for car loans, small-business loans, credit cards, corporate bonds and the like. Even long-term home mortgages could be affected. Those higher borrowing costs could tamp down inflationary wage and price pressures by somewhat cooling the economy.

"Higher rates will eventually translate into downward pressure on the consumer or more specifically the consumer's ability to finance large ticket items such as autos and homes, slowing both purchasing and construction activity," Lindsey Piegza, chief economist at Stifel Fixed Income, said in a statement.

These are groups that will feel the changes as they start to kick in.