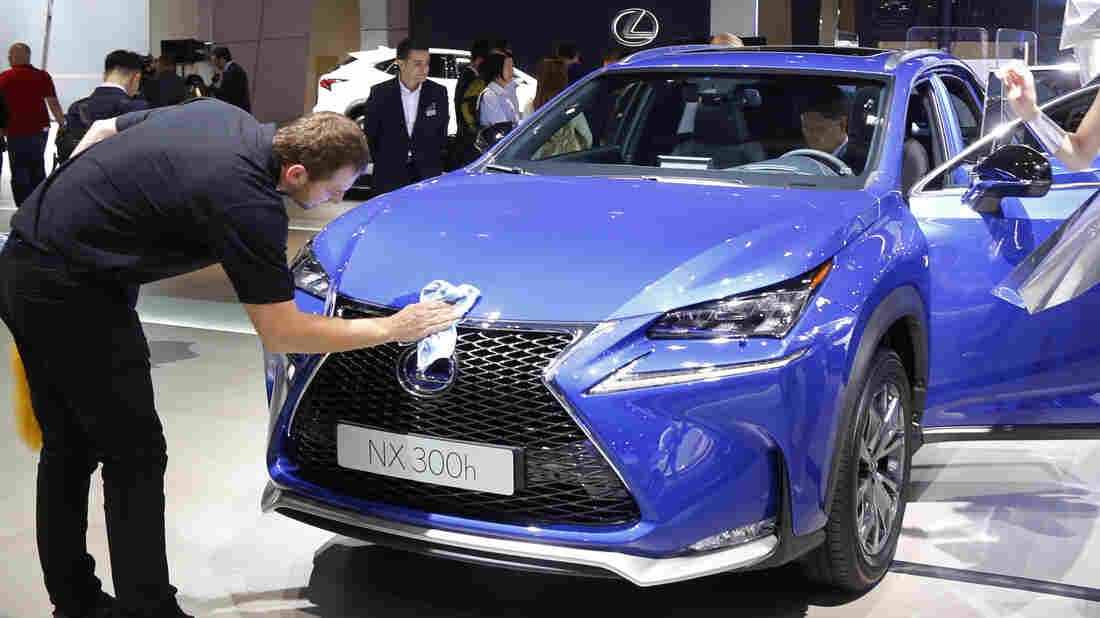 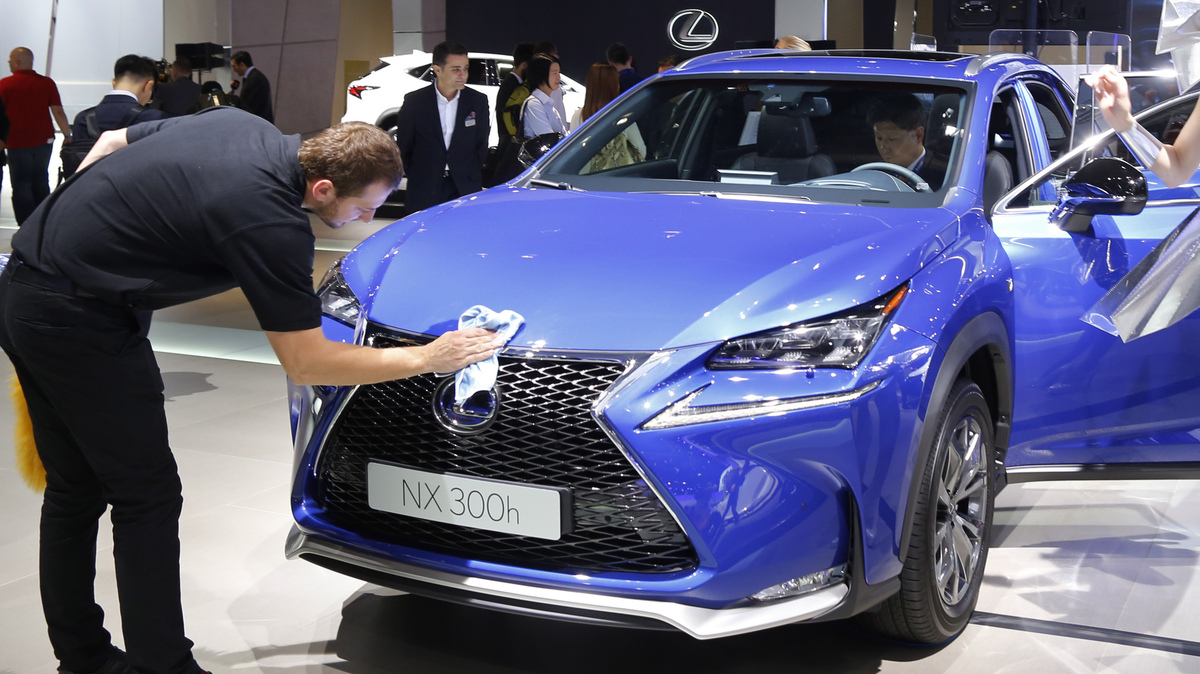 A Lexus NX 300h hybrid is the most fuel efficient truck sold in the U.S., the EPA says, listing a combined 43.5 mpg.

Fuel economy is at record highs and carmakers have surpassed strict greenhouse gas emissions standards for the third straight year, according to the Environmental Protection Agency, which released a pair of annual reports about the U.S. fleet of cars and trucks Wednesday.

Overall, fuel economy for vehicles in the U.S. did not budge from last year's record high of 24.3 miles per gallon, the EPA says. The figure includes a new high of 20.4 mpg for trucks, vans and SUVs from model year 2014.

Cars' average fuel usage stayed at 27.9 mpg; for trucks, it rose by more than half a mile per gallon — but the thirstier vehicles also gained 5 percent in U.S. market share, causing numbers for the U.S. fleet to remain steady.

That data comes from reports on Light Duty Fuel Trends and Manufacturer Performance — including a chart of average U.S. emissions and miles per gallon since 1975.

Discussing industry trends, the EPA says that today, the auto market "is adopting fuel efficient technologies such as turbocharging and advanced transmissions at a faster pace than EPA projected when the standards were finalized."

For model year 2014, automakers have over-complied with greenhouse gas (GHG) emissions standards by 13 grams of CO2 per mile — or about 1.4 miles per gallon, the EPA says.

"For the third year in a row, manufacturers have exceeded the GHG emissions standards by a wide margin," the EPA's director of air quality and transportation, Christopher Grundler, says about the ratings. "It's clear that our standards are working, spurring technology and innovation, and we are on track to achieve significant greenhouse gas reductions." 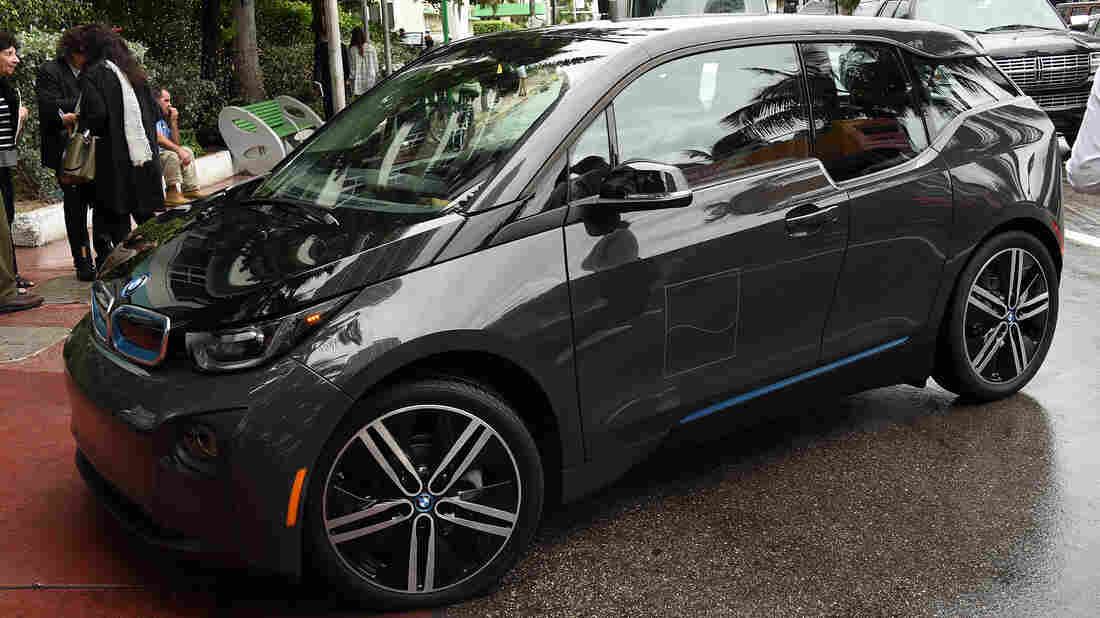 The fleet of U.S. vehicles has kept its fuel efficiency at a record high, the EPA says. Here, an electric BMW i3 is seen in Miami. Nicholas Hunt/Getty Images hide caption 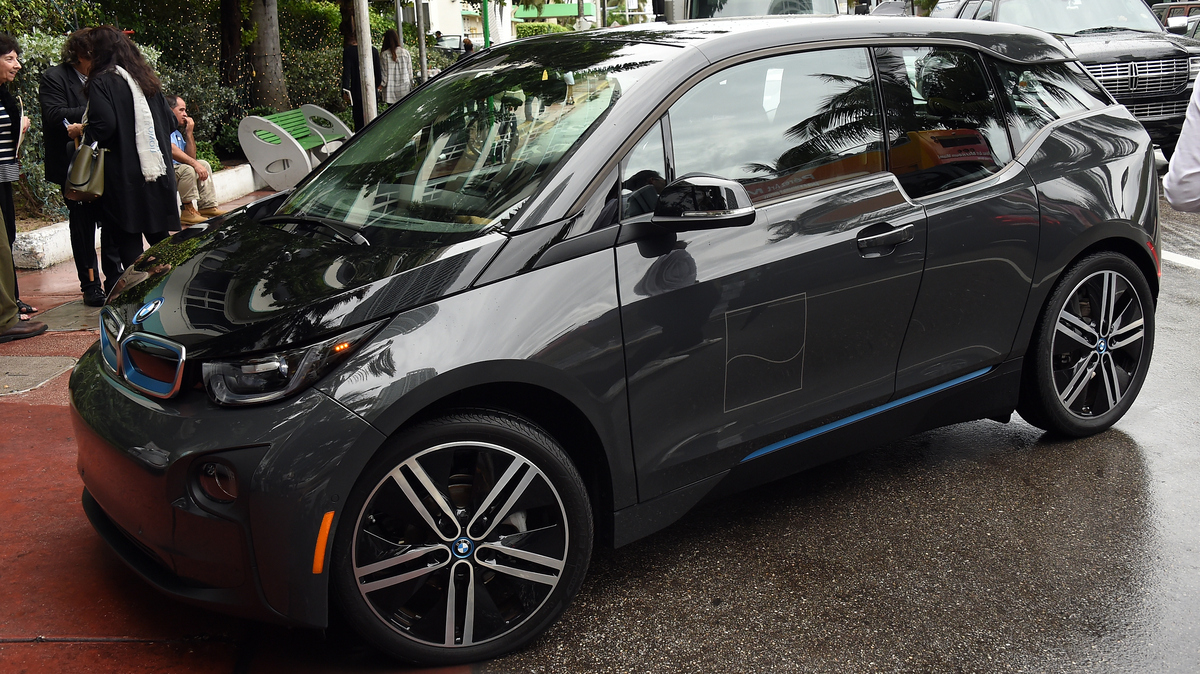 The fleet of U.S. vehicles has kept its fuel efficiency at a record high, the EPA says. Here, an electric BMW i3 is seen in Miami.

The most fuel-efficient car, the EPA says, is the battery-powered BMW i3 BEV, which the agency assigns an equivalent 177.7 combined mpg rating (using unadjusted laboratory figures). The most efficient truck in the listings is the hybrid Lexus NX 300h, with 43.5 mpg.

As for the standards' effect on consumers, the EPA says:

"EPA estimates that, through 2014, the GHG emissions standards have resulted in reducing cumulative emissions by roughly 60 million metric tons of CO2 – roughly the amount of GHGs emitted from electricity use from over 8 million homes in one year. These standards will ultimately save American families who purchase a new MY 2025 vehicle more than $8,000 in lifetime fuel costs. The program in total will save Americans $1.7 trillion in fuel costs, will reduce U.S. fuel use by 12 billion barrels of oil, and reduce greenhouse gas emissions by 6 billion metric tons."