Accessibility links
LISTEN: Voices Of Baltimore Protesters In The Wake Of A Mistrial : The Two-Way The few protesters who lingered into the night were wracked by disillusionment. Every part of their government is broken, they said, and fixing it will be a tough battle.

Dominique Hall, 22, A Protester In Baltimore

LISTEN: Voices Of Baltimore Protesters In The Wake Of A Mistrial 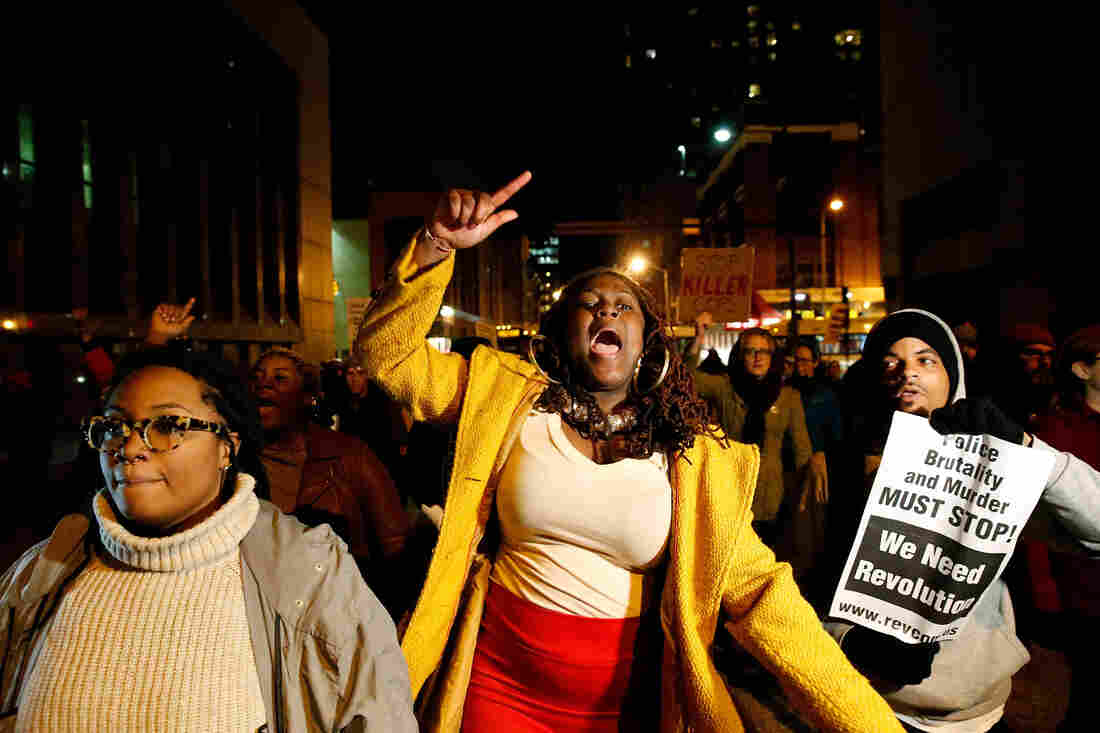 Protesters march through the streets after a mistrial was declared in the trial of Baltimore police Officer William G. Porter on Wednesday. Rob Carr/Getty Images hide caption 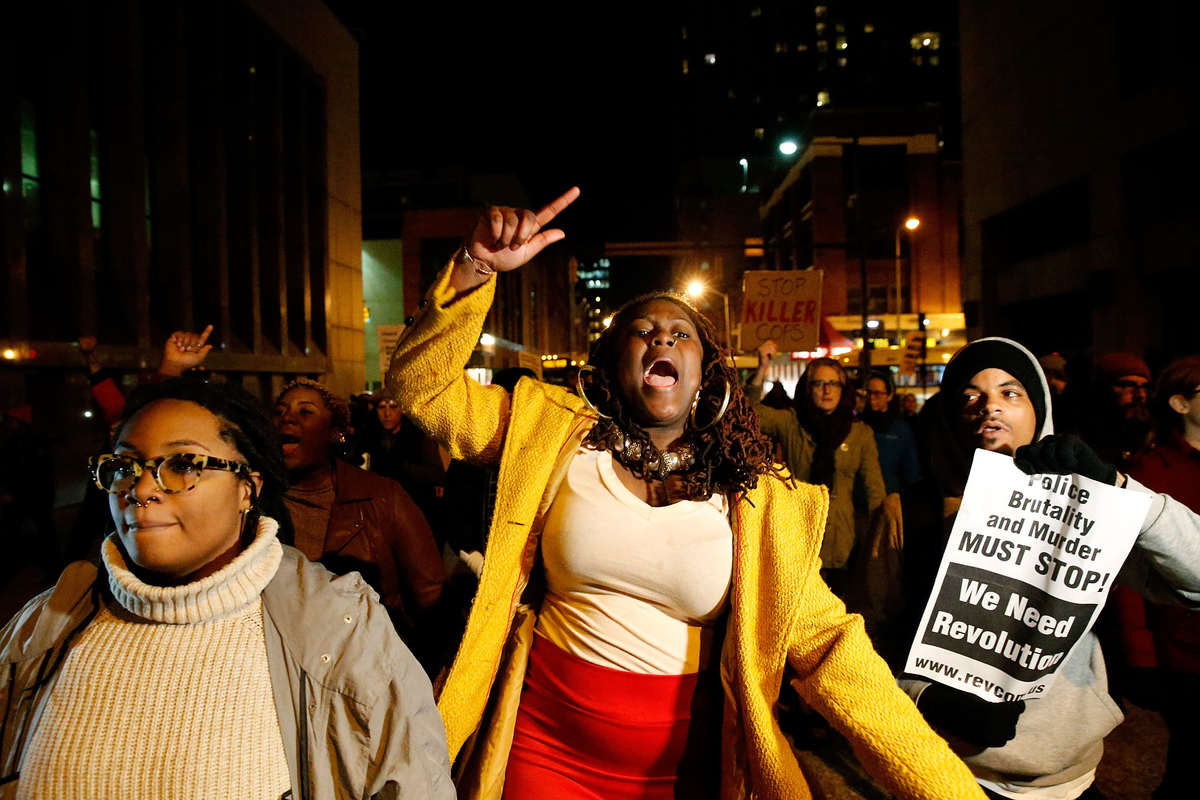 Protesters march through the streets after a mistrial was declared in the trial of Baltimore police Officer William G. Porter on Wednesday.

The sun had set long ago, and hours after a jury found itself deadlocked in the first Freddie Gray case, the cold had started to settle.

Only about 20 protesters had lasted this long. They had marched from the courthouse to City Hall to the City Juvenile Justice Center just a few blocks away. At this point, police far outnumbered them.

Makayla Gilliam-Price, an activist in Baltimore, stood in front of those remaining demonstrators and looked right into their eyes, trying to remind them why they were here.

Two police helicopters hovered high above them, flashing their search lights every once in a while.

"If I make a wrong move, my life is gone," she said. A 16-year-old protester was arrested earlier, she said, and now he has been sucked into a system that has ruined thousands of black lives in this city.

"Let him be your motivation," she said.

Over the past eight months, Baltimore has been on an emotional roller coaster. After the death of Gray, the black man who suffered fatal injuries in the back of a police vehicle, mass protests erupted and they culminated in a night of violence and destruction. A few days later, the city celebrated because Baltimore chief prosecutor Marilyn J. Mosby announced that she intended to bring charges against six officers involved in Gray's death. And a few days after that, the Justice Department announced it was launching a civil investigation into the city's police department.

But on Wednesday, a judge declared a mistrial after a jury failed to reach a verdict in the case of the first officer put on trial.

That fueled deep disillusionment amid the protesters.

"You have days when you think you know the answer, you know the solutions," said Kelly Holsey, 31. "But then you have days like these, where you realize that you're working against a corrupt system."

To give you a sense of the feeling among the protesters, here are two long-ish pieces of audio that we think are worth your time:

-- Kelly Holsey has been protesting in Baltimore over the case of her fiancé Keith Davis Jr. Back in June, police shot him in the face after police say Davis shot at them. Holsey argues that Davis is the victim of a corrupt system, that he was incorrectly identified as a robber, and he has been held in jail without bond since the summer. Here's what she had to say:

Kelly Holsey, 31, A Protester In Baltimore

-- Dominique Hall, 22, who works and goes to college, says that as a black man he can't hold the justice system accountable because it "was not created to protect me." Hall says it'll take a complete overhaul to restore his faith in the government:

Dominique Hall, 22, A Protester In Baltimore