Accessibility links
Manhunt Underway For 'Affluenza' Teen Ethan Couch; Was Convicted Of Killing 4 In 2013 Drunken Wreck : The Two-Way Ethan Couch was sentenced to probation in 2013 for killing four people in a drunken-driving wreck when he was 16. Now 18, Couch is on the run, possibly with his mother, after violating parole. 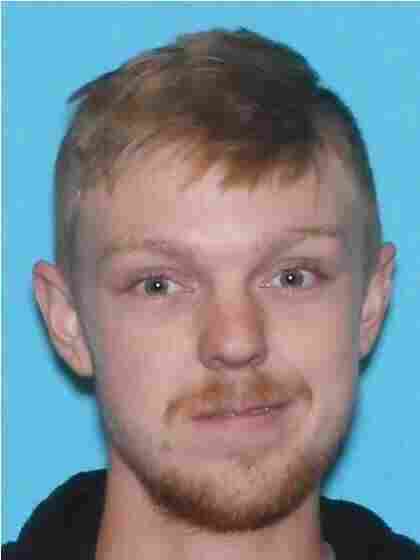 The U.S. Marshals Service has joined the search for Couch, who was on probation for killing four people in a 2013 drunken-driving wreck. His defense was that he suffered from "affluenza." AP hide caption

Texas teen Ethan Couch was sentenced to probation in 2013 for killing four people in a drunken-driving wreck, after his lawyers argued he had been coddled by his wealthy parents into a sense of irresponsibility. Now Couch is 18 and he's being pursued by the U.S. Marshals Service for violating the terms of his probation.

Couch missed a meeting with his probation officer on Dec. 10, a few weeks after a video was posted online showing people, apparently including Couch, playing drinking games at a party. Consuming alcohol would violate Couch's probation, and if found guilty, he could face 10 years in prison, the Associated Press reports.

Couch's mother is thought to be on the run with her son, but officials have not said whether she is facing charges as well.

"He and his mother have the means to be able to travel to wherever they may want to travel," Sam Jordan, a spokeswoman for the Tarrant County district attorney's office said according to the AP.

The U.S. Marshals Service announced a reward of $5,000 for information leading to Couch's capture.

As we reported in 2013, the judge's light sentence was a point of controversy and derision.

"The sentence handed down in a Fort Worth juvenile court led Dallas Morning News editorial writer Mike Hashimoto to say that the only lesson the teen learned is that 'it's far better to come from that wealthy place where actions seldom have those nasty old consequences. That's for other folks.'"

When Couch was 16, he was drunk and speeding on a dark road in Fort Worth, Texas, when his pickup truck crashed into a disabled vehicle on the side of the road.

The Washington Post reports that "crash killed four people working on the disabled car. Two of Couch's friends were critically injured. One was paralyzed."