Accessibility links
Pope Francis Will Make Mother Teresa A Saint : The Two-Way Pope Francis has issued a decree attributing a second miracle to the founder of the Missionaries of Charity who won the Nobel Peace Prize in 1979. 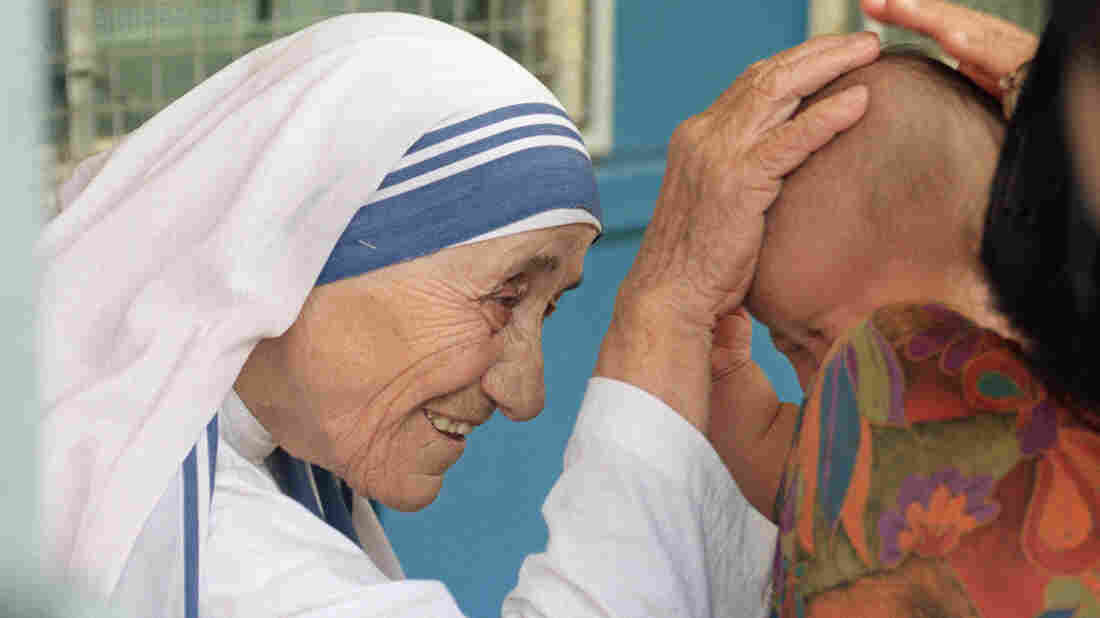 Mother Teresa, seen here giving her blessing to a child in 1993, will be made a saint, after Pope Francis issued a decree recognizing a second miracle attributed to her. AFP/Getty Images hide caption 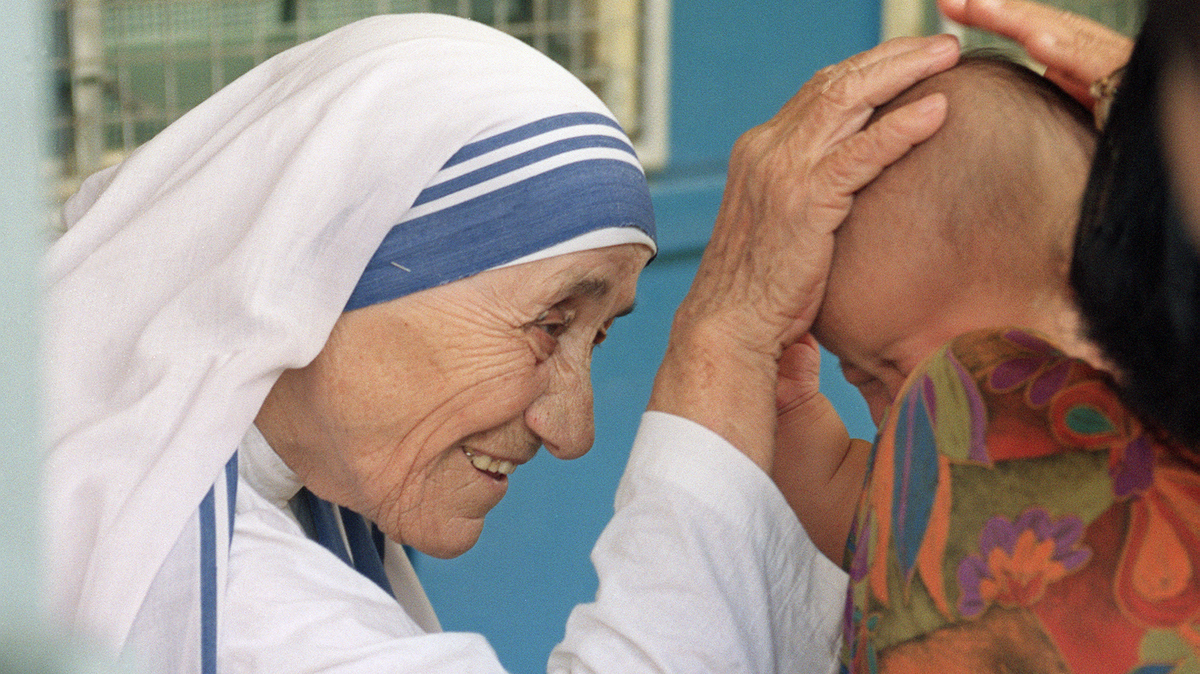 Mother Teresa, seen here giving her blessing to a child in 1993, will be made a saint, after Pope Francis issued a decree recognizing a second miracle attributed to her.

Mother Teresa of Calcutta, who devoted herself to helping the poor, will be canonized as a saint, after Pope Francis issued a decree attributing a second miracle to the founder of the Missionaries of Charity. Mother Teresa won the Nobel Peace Prize in 1979.

The canonization is expected to occur in 2016; many expect it to take place in September, around the date of her death (and her official feast day).

"Born in Macedonia in 1910 when it was still part of the Ottoman Empire, Mother Teresa died in 1997 at the age of 87. Only five years later, Pope John Paul II approved her beatification, which required one miracle attributed to her.

"Pope Francis has approved a second miracle, required for canonization. It involves the healing of a Brazilian man who was suffering from multiple brain tumors. The Vatican ascertained that his wife's prayers to Mother Teresa were responsible.

"No date has been set for the canonization ceremony, and it's not clear if it will take place in Rome or Calcutta."

Mother Teresa has often been described as a citizen of the world. Here's how she once described herself: "By blood, I am Albanian. By citizenship, an Indian. By faith, I am a Catholic nun. As to my calling, I belong to the world. As to my heart, I belong entirely to the Heart of Jesus."

Born Agnes Gonxha Bojaxhiu, Mother Teresa was the third child of an Albanian couple who ran a grocery. Her father died when she was around 8 years old, and when she turned 18, she joined the Irish-based Sisters of Loreto, where she received the name Sister Mary Teresa.

The biography published by the Nobel Peace Prize Committee summarizes what happened next:

"From 1931 to 1948 Mother Teresa taught at St. Mary's High School in Calcutta, but the suffering and poverty she glimpsed outside the convent walls made such a deep impression on her that in 1948 she received permission from her superiors to leave the convent school and devote herself to working among the poorest of the poor in the slums of Calcutta. Although she had no funds, she depended on Divine Providence, and started an open-air school for slum children. Soon she was joined by voluntary helpers, and financial support was also forthcoming. This made it possible for her to extend the scope of her work."

When she won the Nobel Peace Prize, here's what Mother Teresa had to say: