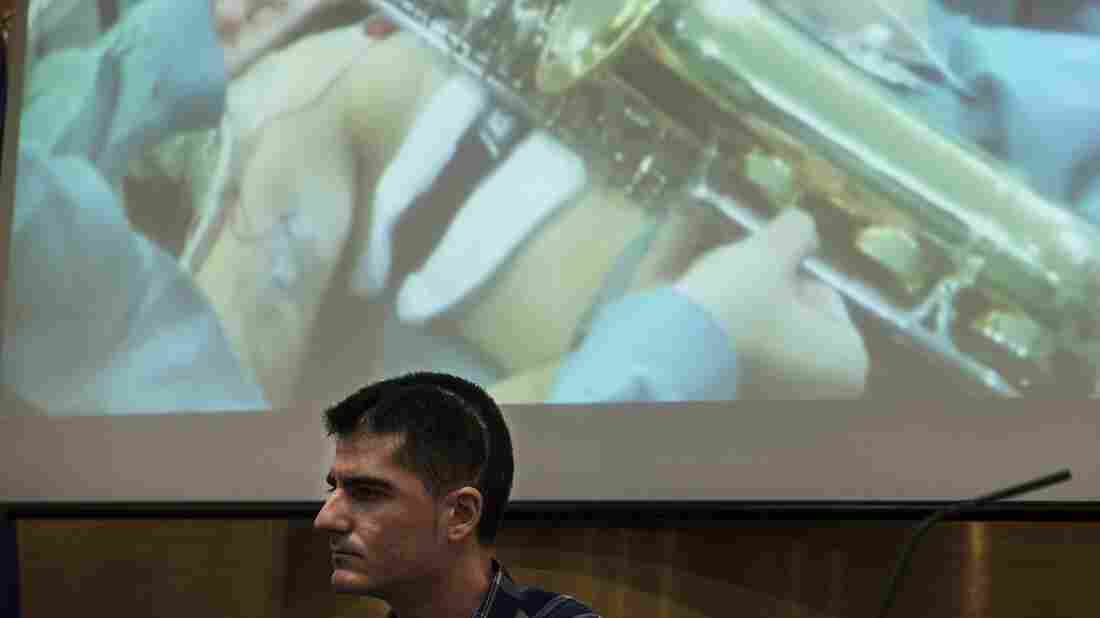 Carlos Aguilera recently discussed how he played the saxophone during surgery to remove a brain tumor at Regional Hospital of Malaga, in Andalusia, Spain. Jorge Zapata/EPA /LANDOV hide caption 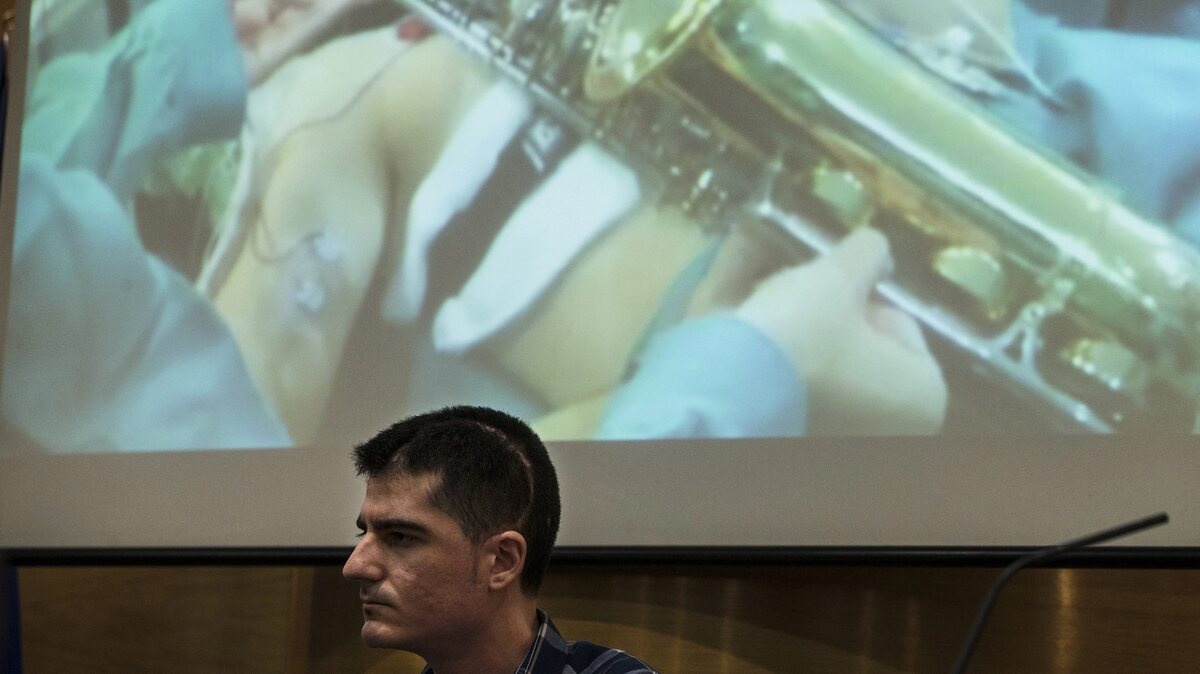 Carlos Aguilera recently discussed how he played the saxophone during surgery to remove a brain tumor at Regional Hospital of Malaga, in Andalusia, Spain.

The team of doctors who recently operated on Spanish musician Carlos Aguilera's brain wanted to be sure they didn't affect his ability to play the saxophone – so they had him play songs during a 12-hour surgery.

A partially sedated Aguilera obliged, playing "Misty" and other songs, in addition to reading sheet music. In a video of the procedure, the mellow tones of Aguilera's saxophone blend in with the normal sounds of an operating room.

"The 27-year-old was sedated, on painkillers, but remained conscious during the entire multi-hour operation.

"Doctors were removing a brain tumor, and wanted to ensure the surgery wouldn't damage Aguilera's musical ability. It was the first such surgery of its kind in Europe.

"The operation took place in October, and Aguilera recently went public to say he's been cured — and continues playing his sax with an orchestra in the southern city of Malaga."

At a news conference this week, Aguilera's father told journalists that when his son was diagnosed with a brain tumor earlier this year, he feared the worst – including the possibility that he might never play music again.

"Two months ago I was on the table, and now I have a life in front of me," Aguilera said, according to La Opinion of Malaga. "I've been reborn."

Such procedures are meant to protect musicians' primary audio cortex and other parts of the brain that can affect their ability to play. (A story on NPR's Shots blog today looks at The Neuroscience Of Musical Perception, Bass Guitars And Drake.)

It's the first time such a case has been reported in Spain; similar measures were taken during recent brain surgeries in the U.S. and elsewhere — including last summer, when Slovenian opera singer Ambroz Bajec-Lapajne sang portions of Franz Schubert's Gute Nacht during surgery for a brain tumor.

In August, Bajec-Lapajne posted a video of his performance in the operating theater.

"All is fine until min. 2:40 when things start to get very interesting," Bajec-Lapajne said of the video. "It's been more than a year since and I'm doing fine, continuing my professional singing career."

Other recent cases include: