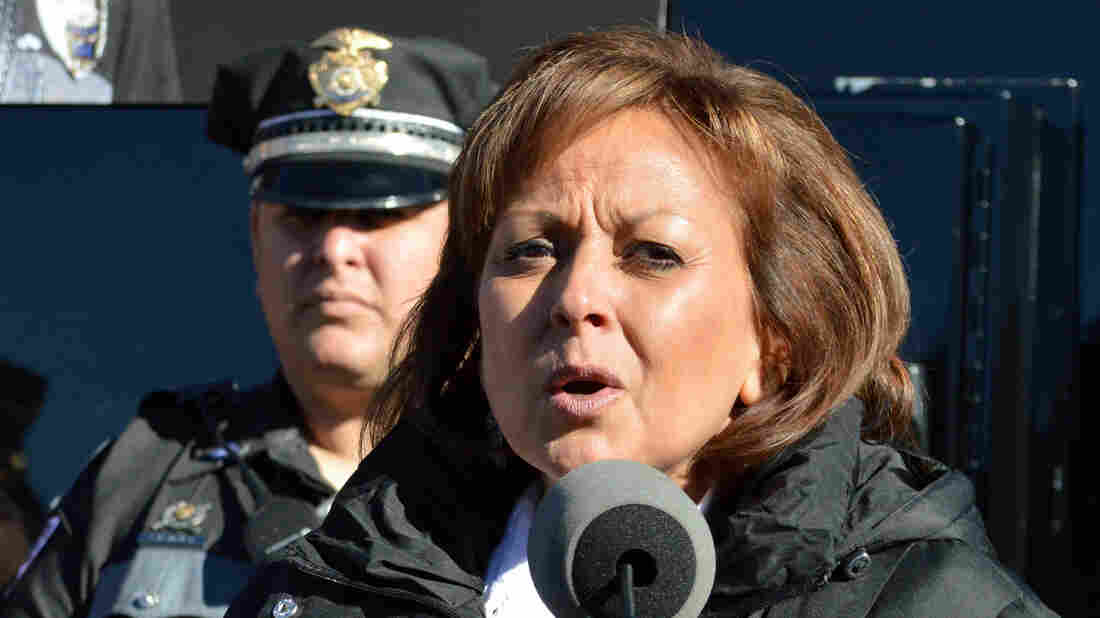 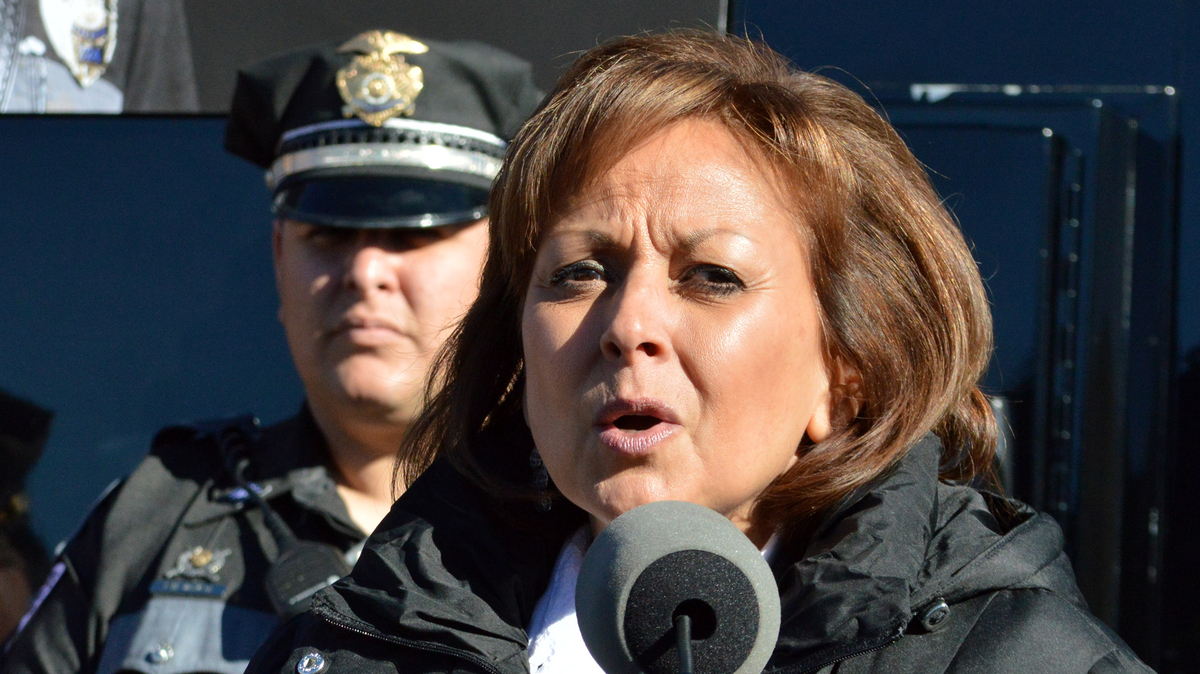 New Mexico Gov. Susana Martinez, seen here speaking Monday, has apologized for her handling of complaints against her hotel room after a staff holiday party in Santa Fe.

The fallout from Gov. Susana Martinez's office holiday party at a hotel in downtown Santa Fe has resulted in an apology, a week after she intervened with local police to try to quash a noise complaint made against her hotel room.

Audio recordings of Martinez speaking with police and dispatchers became public Friday; hours later, she issued an apology for her own and her staff's behavior.

"In the tapes the governor can be heard telling dispatchers there was no need to send officers," member station KUNM reports.

"There's no necessary — no necessity to your officers to be here," she says in the recording, adding, "Thank you. You can call them off."

It all began, KUNM says, in the very early hours of last Sunday, when police were called "after the hotel's front desk reported a complaint about noise and someone throwing bottles off the balcony."

"Martinez said whoever had been making noise had been there several hours before and there was no need for police. The governor also demanded to know who made the complaint."

In the recording, Martinez asks a Santa Fe Police dispatcher to identify the person who made the complaint.

When the dispatcher tells her he can't provide the information, she responds by sharply saying, "Why can you not? It's public record. Give it to me."

As for the reports of thrown bottles, the governor and her spokesman later said someone had thrown snowballs from a balcony at the hotel, and that the behavior was unacceptable. She says that when she was in the room, some of her relatives and staff were there, eating pizza.

The recordings were obtained by NM Political Report, which says someone from the front desk of the Eldorado Hotel & Spa "called the police after midnight to have the people in the room 'escorted off the property.' "

NM Political Report says that after the police dispatcher tells Martinez that someone complained about bottles being thrown, the governor 'responds that no one is throwing bottles off the balcony "and if there were, it was about six hours ago." ' "

The recordings include a portion of a call Martinez made from the front desk, in which the police dispatcher put her on hold to consult with his supervisor. During the delay, the governor repeatedly asks a hotel employee for the room number of the people who complained. The employee refuses to divulge the information.

In an interview Friday evening, Martinez insisted that she hadn't abused her powers when she intervened.

"I just wanted to know, what was the situation, how could we resolve it," Martinez tells local news KOB-TV.

KOB adds that Martinez acknowledged having "one and a half cocktails" over four to five hours on the night in question.