Accessibility links
60 Percent Of Syrian Rebels Are Islamist Extremists, Think Tank Finds : The Two-Way The Centre on Religion and Geopolitics says that means that wiping out the Islamic State will not end the threat from jihadi groups. 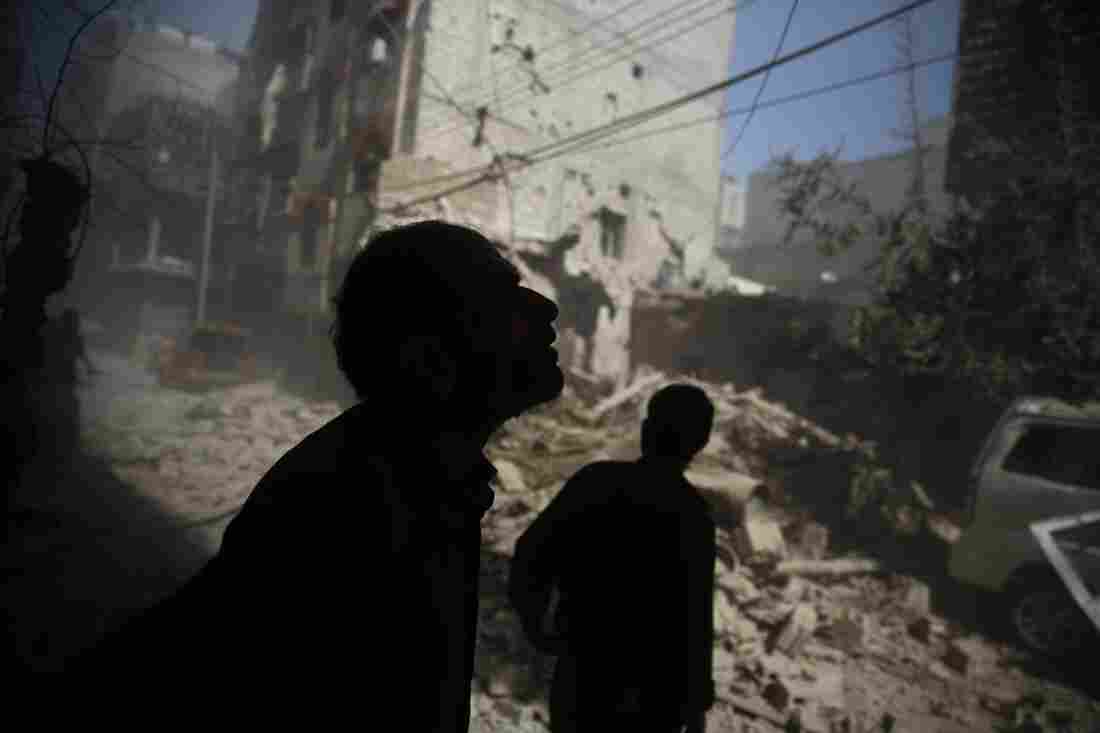 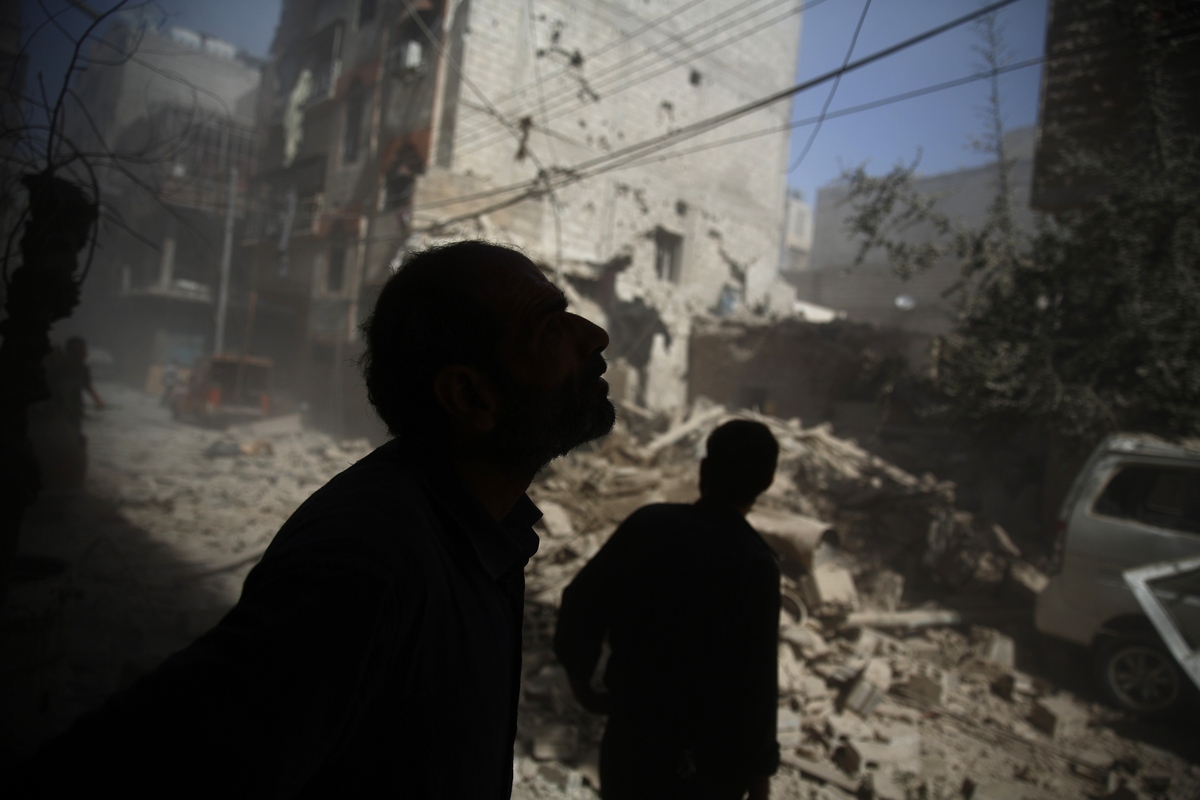 Syrians look at the damage following air strikes on the rebel-held area of Douma, east of the capital Damascus in October 2015.

About 60 percent of rebel fighters in Syria hold an Islamist extremist ideology, a British think-tank has found. About a third of them hold the same ideology as the Islamic State.

The Centre on Religion and Geopolitics, an initiative of the Tony Blair Faith Foundation, warns that's why wiping out the Islamic State would not end the threat to the West from jihadi groups.

"The report, due to be published on Monday, says the greatest danger to the international community are groups who share the IS ideology but are currently being ignored - they number about 100,000 fighters.

"Current Western efforts to define 'moderate' and 'extremist' rebels are bound to fail, because the groups themselves rarely make the distinction, the centre says.

"Some 60% of Syria's major rebel groups are Islamist extremists, and many of the groups share the same aims, the study finds.

"Fewer than a quarter of the rebels surveyed were not ideological, and many were willing to fight alongside extremists and would probably accept an Islamist political settlement to the civil war."

In concrete terms, what the think-tank is saying is that if the Islamic State is defeated there are "at least 65,000 fighters belonging to other Salafi-jihadi groups ready to take its place."

Via the Guardian, the report says: "While military efforts against ISIS are necessary, policy makers must recognize that its defeat will not end the threat of Salafi-jihadism unless it is accompanied by an intellectual and theological defeat of the pernicious ideology that drives it."

An earlier version of this post said that 60 percent of rebel fighters held the views of the Islamic State. The study actually found a third held that view and 60 percent held extreme Islamist views.