Accessibility links
Woman Hits Crowds With Her Car On Las Vegas Strip : The Two-Way One person is dead and at least 30 were injured. Police say the woman swerved onto the sidewalk and then drove up and down hitting pedestrians. 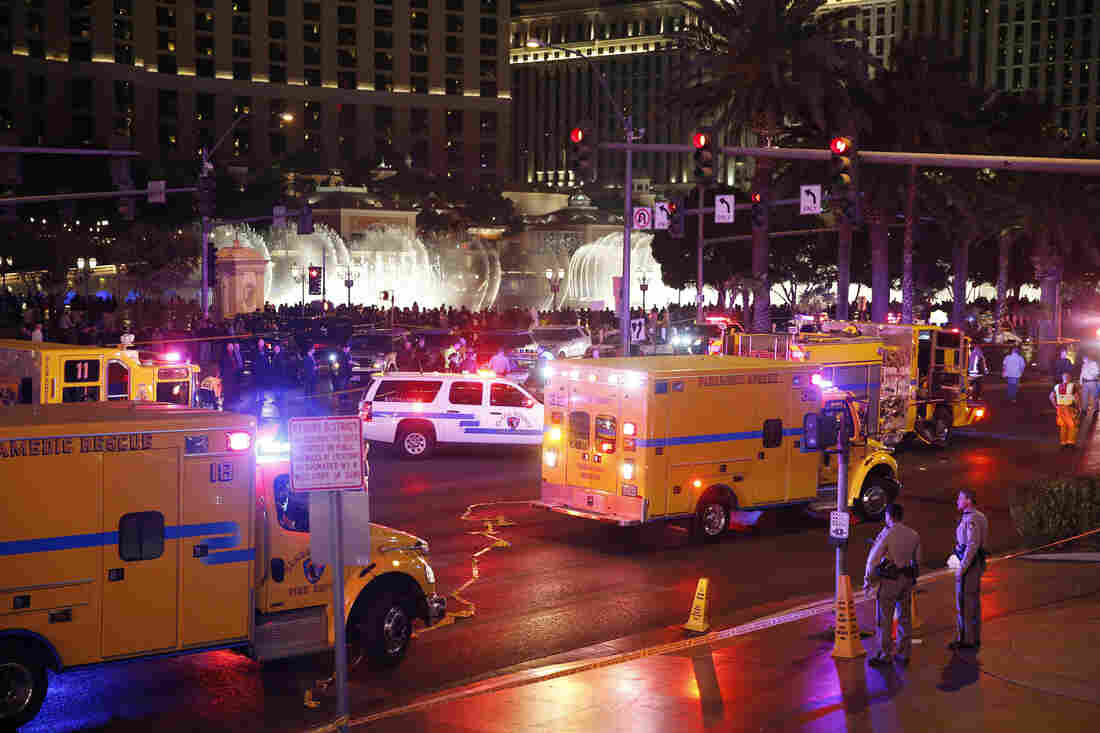 Police and emergency crews respond to the scene of a car incident along Las Vegas Boulevard on Sunday. John Locher/AP hide caption 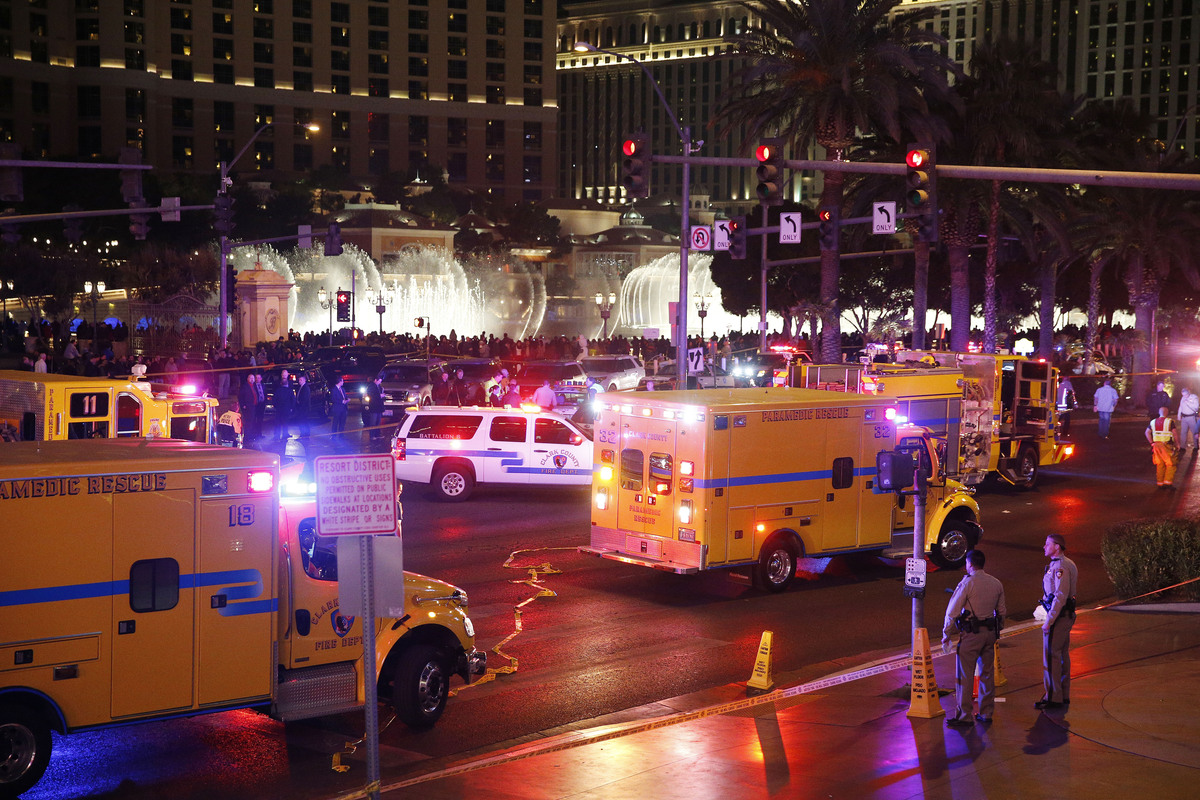 Police and emergency crews respond to the scene of a car incident along Las Vegas Boulevard on Sunday.

A woman drove onto the sidewalk on a busy part of the Last Vegas Strip to mow down pedestrians on Sunday night, police say.

One person was killed and at least 30 others were injured.

After running pedestrians down, Holloway dove to a hotel and asked the valet to call 911, saying she had run over some people on the Strip, the Associated Press reports. Lombardo said she was "stoic" during her arrest. 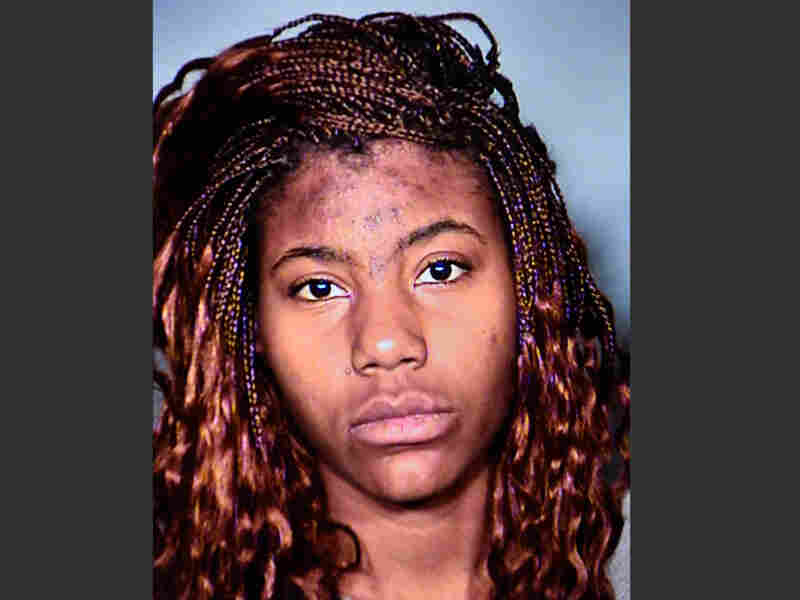 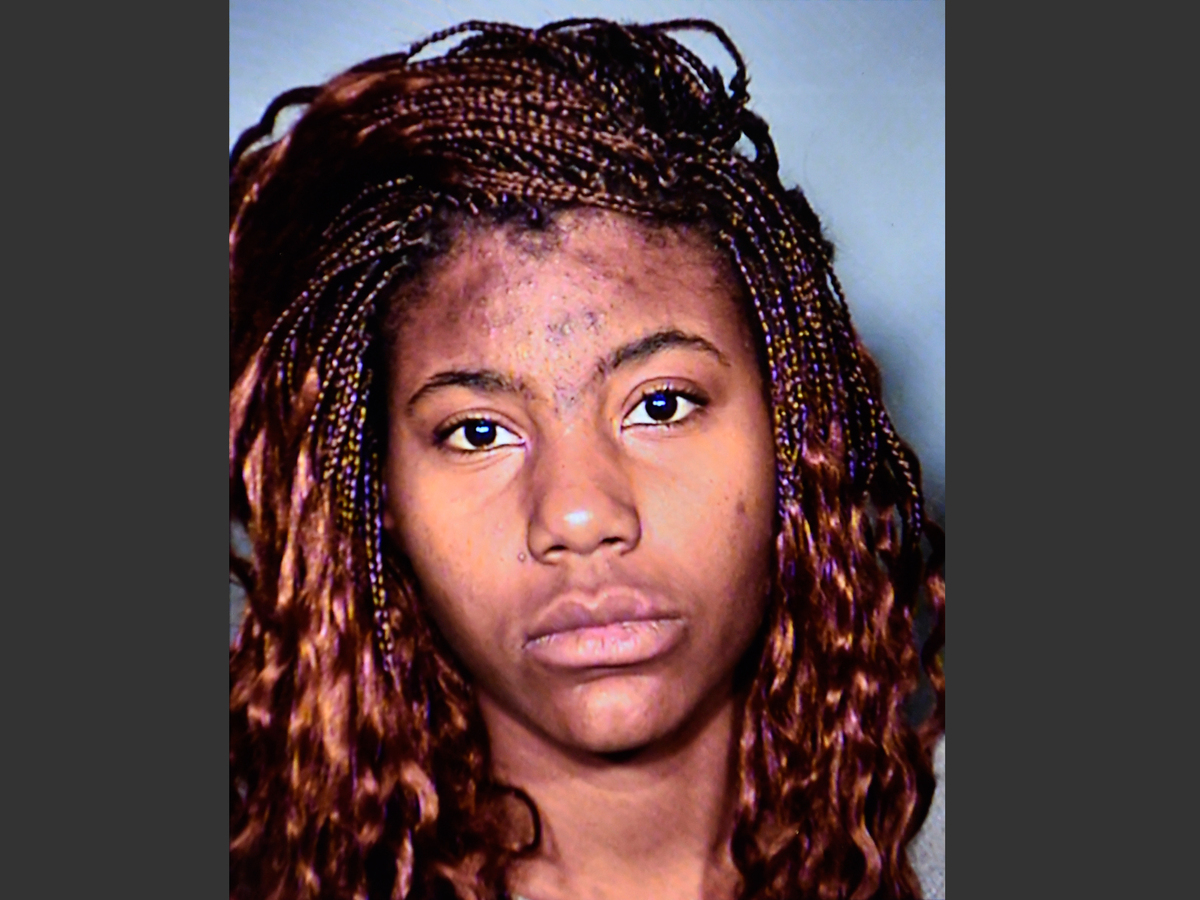 District Attorney Steven Wolfson said that Holloway will face charges including murder, child abuse and leaving the scene of an accident.

"When a person drives a 2,000-pound-plus motor vehicle intentionally onto a sidewalk, killing and injuring scores of people, that's murder," Wolfson said. according to the AP.

Holloway, Lombardo said, was traveling with a three-year-old toddler in the car and she did not show signs of being drunk but a drug recognition expert believed that "she was under some sort of stimulus."

The AP adds that Holloway's last known address was in Oregon, but that she had been in Las Vegas for about a week, where she was believed to be homeless and living in the car.

A defense attorney said Holloway is on suicide watch at a jail, which raises questions about her mental state, according to the news service.

"The intentional act is going to be very hard to explain," Lombardo said. "I do not believe it to be an act of terrorism."

However, the sheriff said, terrorism has not been ruled out because they do not yet have a clear idea of Holloway's past.

The Las Vegas Review Journal describes the scene of the incident:

"Bystander Justin Cochrane told the Review-Journal he witnessed an older, brown Oldsmobile plow into people, slow down and accelerate again.

"He said people were chasing the car, which he described as having a busted-out windshield. Cochrane said he saw the car 'crushing' people, including someone he described as a kid who looked about 10 years old.

"Rabia and Atif Qureshi, who also witnessed the crash, said the vehicle plowed into pedestrians, sending them flying like 'bowling pins.'"

Lombardo said that three people were critically injured and the three-year-old was now in protective custody. The Clark County Coroner identified the woman killed as 32-year-old Jessica Valenzuela of Buckeye, Ariz.