Accessibility links
No Indictments In Sandra Bland Death, Texas Grand Jury Rules : The Two-Way The hanging death of 28-year-old Bland in her jail cell was ruled a suicide, but family and activists challenge that claim. 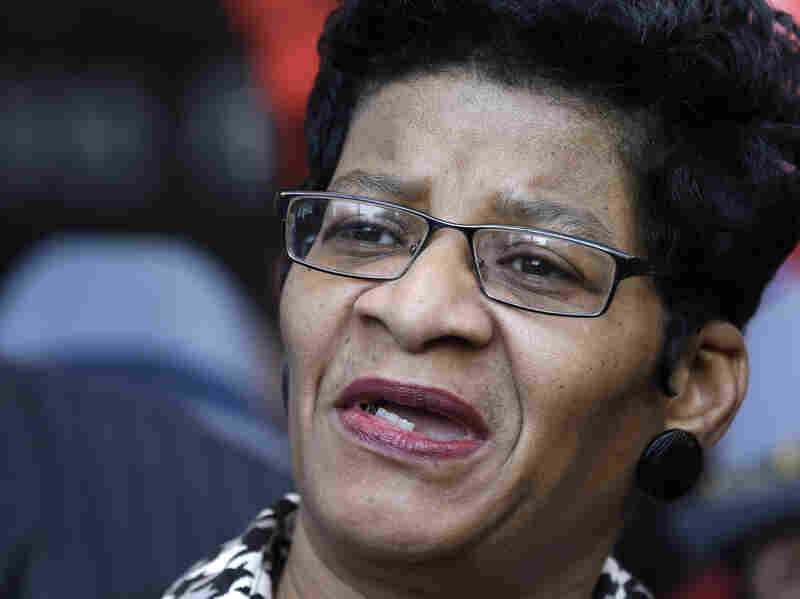 Geneva Reed-Veal, the mother of Sandra Bland, speaks to the media outside the federal courthouse in Houston last week. A federal judge has set a 2017 trial date for a wrongful death suit filed by Bland's family. Pat Sullivan/AP hide caption 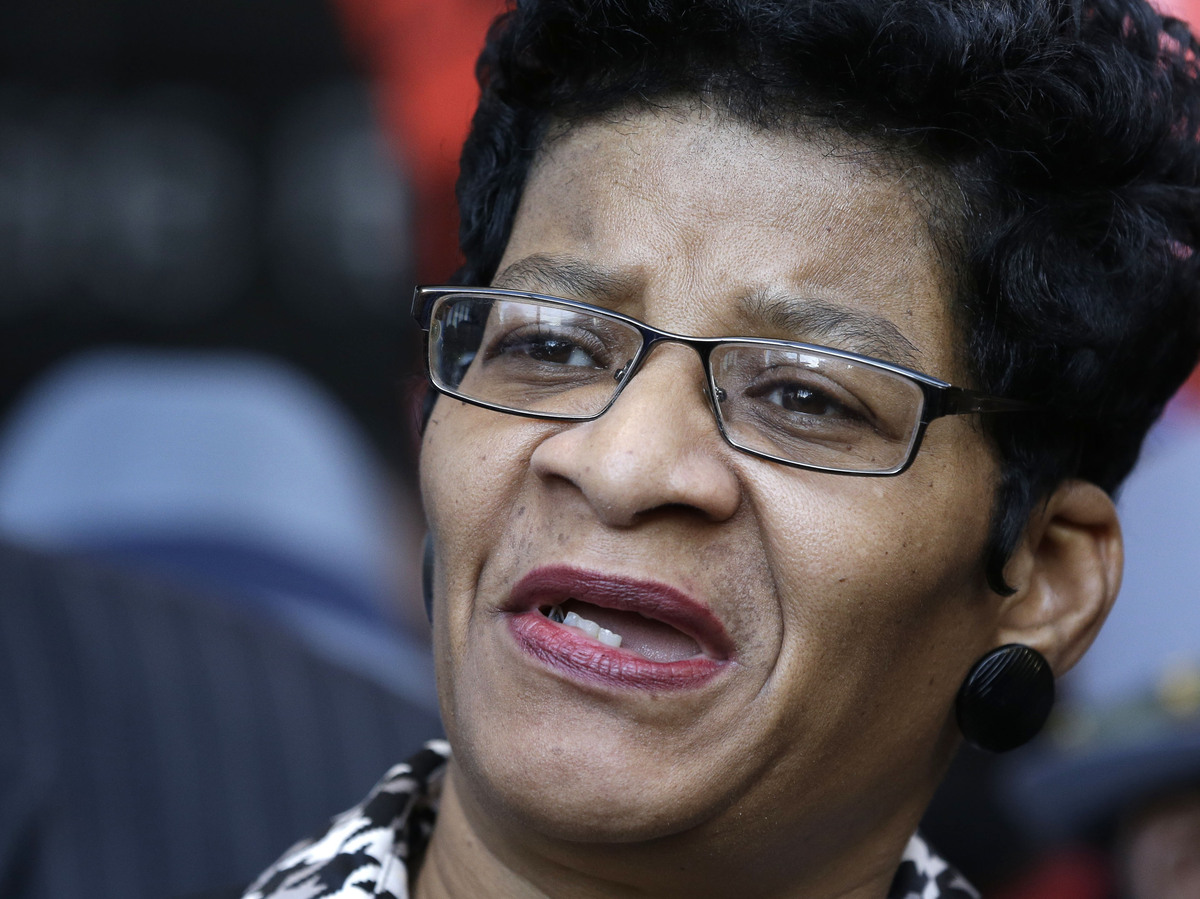 Geneva Reed-Veal, the mother of Sandra Bland, speaks to the media outside the federal courthouse in Houston last week. A federal judge has set a 2017 trial date for a wrongful death suit filed by Bland's family.

A Texas grand jury on Monday declined to indict anyone in connection with the July arrest and subsequent death of Sandra Bland.

Bland, 28, was pulled over by police in Waller County, Texas, in July for failing to signal a lane change. A confrontation between Bland and the officers followed. She was arrested and taken to the county jail, where three days later she was found dead in her cell.

Bland's death was ruled a suicide, although family members and activists challenged that conclusion.

Her family is disputing how the case was handled. The Chicago Tribune reports:

"Right now the biggest problem I have is the entire process," Bland's mother, Geneva Reed-Veal, said at a press conference. "It's the secrecy of it all."

She added that no one in her family was interviewed about Bland's death during the court proceedings.

"I simply can't have faith in a system that's not inclusive of my family," Reed-Veal said at a news conference in Chicago. "We're supposed to have an investigation to show us what's happening. We know what we've been listening to in the media ... but we don't have any real evidence."

Despite Monday's decision, Special Prosecutor Darrell Jordan said the case is not resolved and that jurors would meet again next month to determine other aspects of the case.

A lawyer for the Bland family, Cannon Lambert, said it isn't clear what Jordan means by this.

"We would like very much to know what in the heck they're doing, who they're targeting and if it has anything to do with Sandy and her circumstances," Mr. Lambert said.

Last August, Bland's family filed a wrongful death suit against a trooper involved in her arrest, the sheriff's office and her jailers, blaming them for her death by hanging.

According to jail intake documents, Bland had previously attempted suicide and was feeling "very depressed" the day she was arrested.