Accessibility links
Court Grants Restraining Order Against 3 From Black Lives Matter, But Not Group : The Two-Way Black Lives Matter Minneapolis is calling for a demonstration Wednesday at the Mall of America, part of a protest over the death of Jamar Clark, a 24-year-old black man killed by police last month.

Court Grants Restraining Order Against 3 From Black Lives Matter, But Not Group

Court Grants Restraining Order Against 3 From Black Lives Matter, But Not Group 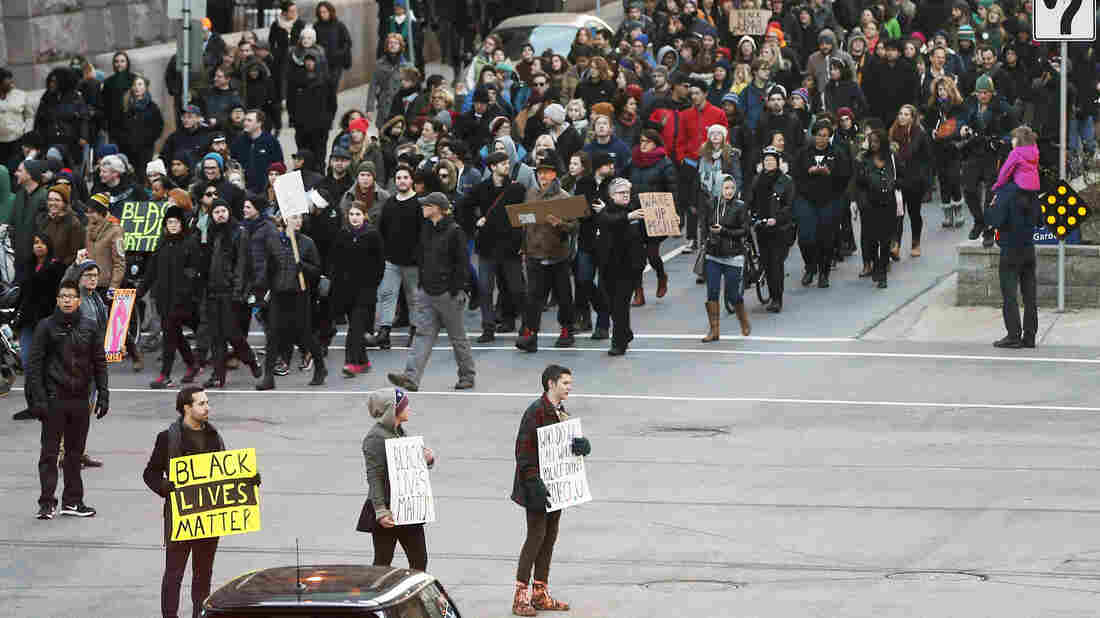 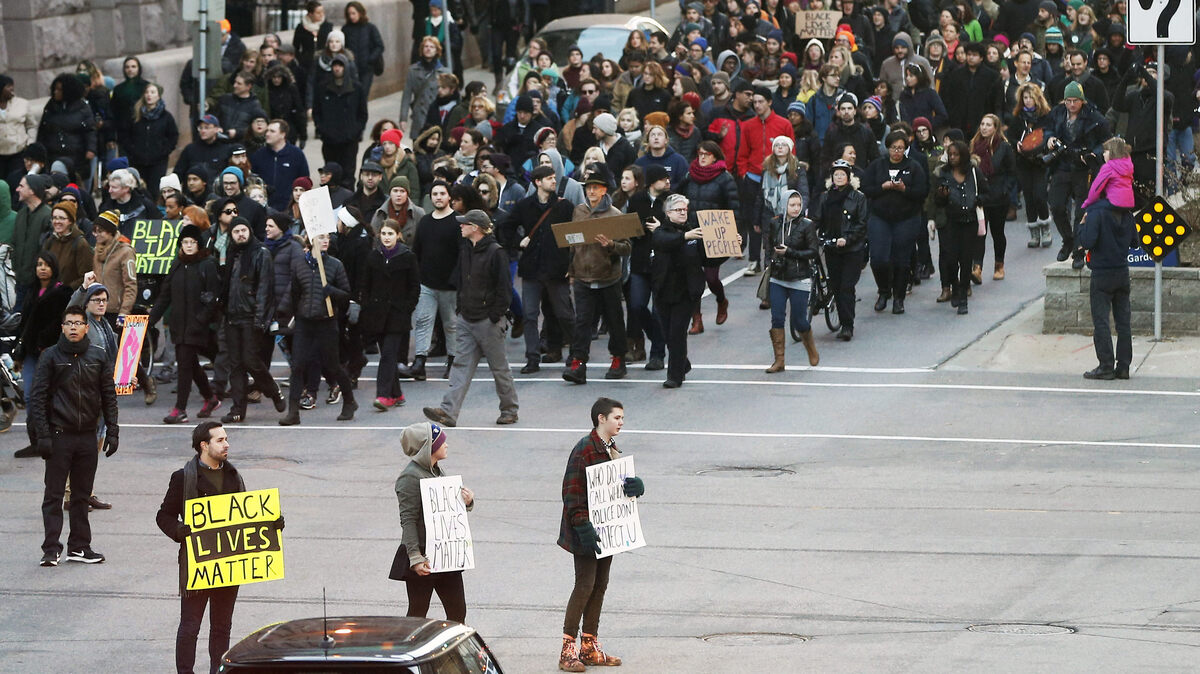 Black Lives Matter demonstrators and supporters march through downtown Minneapolis to the Federal Building on Nov. 24.

The group has vowed to go forward with its protest on Wednesday at the gigantic mall in Bloomington, Minn.

The mall had requested a temporary restraining order against Black Lives Matter Minneapolis, four named activists and four other individuals, referred to as John Doe 1-4. The purported draft restraining order, posted on the Black Lives Matter Minneapolis Facebook page, would have prohibited the defendants from "engaging in any demonstration on MOA Premises without the express, written permission of Mall of America."

The court denied the mall's request to order the defendants to remove calls for protest posted on social media and to post a new message saying that the event has been canceled.

That request had sparked an outcry from the group. "The Mall of America has now taken the further outrageous and totalitarian step of attempting to control the speech of individuals," Black Lives Matter Minneapolis said in a statement on its Facebook page.

The planned protest is tied to the death of Jamar Clark, a 24-year old black man who was shot and killed by a police officer last month. As NPR reported at the time, protesters and police differ on the circumstances of Clark's death. "Protesters, citing witness accounts, say Clark was handcuffed when he was killed. A police union leader says that's just not true," NPR reported from Minneapolis last month.

The death sparked protests in Minnesota demanding that police release video of the incident. At one of those protests about Clark's death, gunmen opened fire and injured five demonstrators. Minnesota prosecutors charged four men in connection to the shootings — one man with five counts of second-degree assault with a dangerous weapon and one count of second-degree rioting, and three other men with second-degree rioting with a dangerous weapon — as we previously reported.

As of Tuesday afternoon, the group is saying that it plans to go forward with Wednesday's protest. "See you tomorrow," the group tweeted following Tuesday's court order.

Black Lives Matter Minneapolis is demanding that "authorities release the tapes related to Jamar Clark's case, prosecute police without a grand jury by special prosecutor, and bring federal terrorism charges against white supremacists who shot five protesters during the occupation."

For their part, the demonstrators think it should be seen as a public space. This is what Jordan Kushner, the attorney representing Black Lives Matter, said to Minnesota Public Radio:

" 'The problem is that they've appropriated the public forum where people used to go and congregate and demonstrate in the town square,' Kushner said. 'And now they've made the town square their own, they've got an amusement park, they got entertainment, they got the rotunda. But they want to keep that private only for commercial purposes and for their own purposes.'"

Black Lives Matter said the mall was trying to bar free speech "on its premises despite receiving hundreds of millions of dollars of taxpayer subsidies which it has used to appropriate the traditional public forum in service of its own corporate profit."

Here's more from Minnesota Public Radio on the debate between public space and private at the Mall of America.