Accessibility links
Computer Glitch Allows 3,000 Inmates Early Release In Washington State : The Two-Way Since 2002, a computer error by the state's Department of Corrections permitted as many as 3,200 prisoners to be freed early. The department knew about the problem but a coding fix was never made. 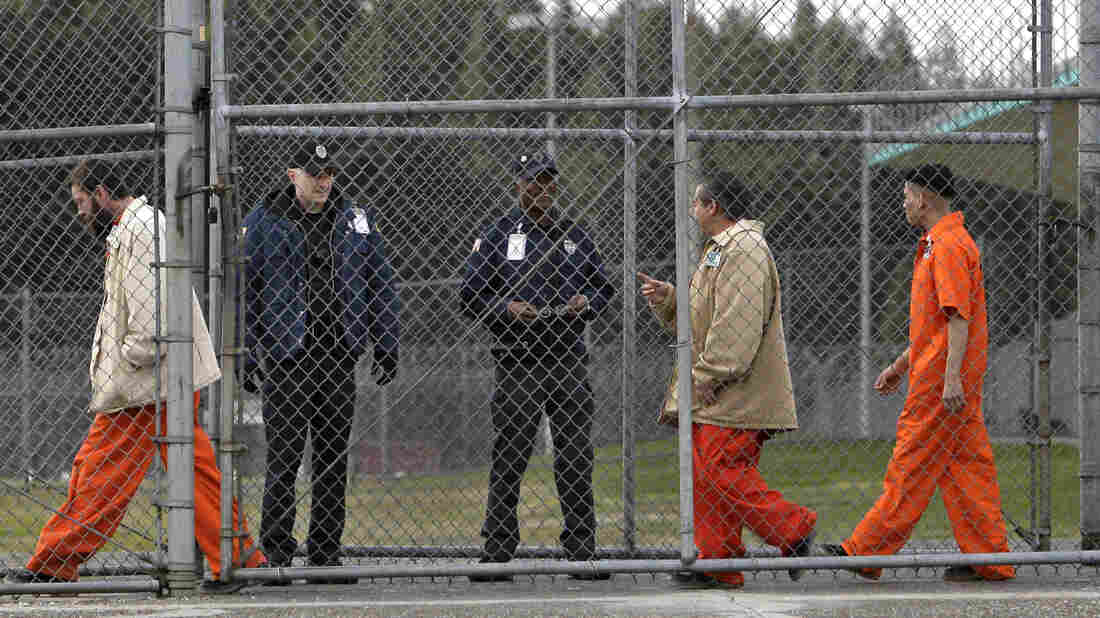 Inmates walk past correctional officers at the Washington Corrections Center in Shelton, Wash., in 2011. Gov. Jay Inslee said Tuesday that more than 3,000 prisoners in Washington have been mistakenly released early since 2002 because of an error by the state's Department of Corrections. Elaine Thompson/AP hide caption 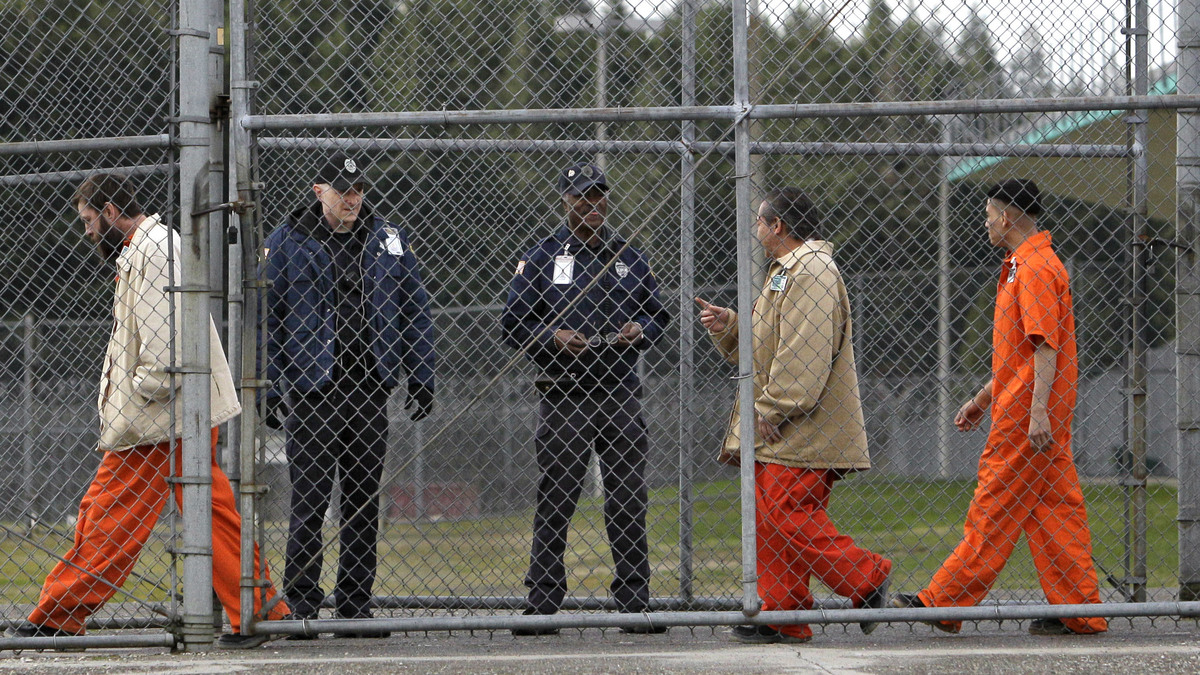 Inmates walk past correctional officers at the Washington Corrections Center in Shelton, Wash., in 2011. Gov. Jay Inslee said Tuesday that more than 3,000 prisoners in Washington have been mistakenly released early since 2002 because of an error by the state's Department of Corrections.

Since 2002, the Washington state Department of Corrections has given more than 3,000 prisoners early release due to a computer problem. The number of inmates freed could go as high as 3,200.

The issue has to do with how good-behavior time was credited to an inmate's sentence.

Inslee, speaking at a news conference, described the issue as "maddening" and added that to allow the problem to continue for 13 years is "deeply disappointing.

The Seattle Times reports: "Inslee said his office learned of the problem, which a Department of Corrections (DOC) analysis said affected about 3 percent of all releases, on Dec. 16. Corrections Secretary Dan Pacholke, who took over the department in October, said he learned of the early releases the previous day."

"The Department of Corrections was first alerted to the error in December 2012, when a victim's family learned of a prisoner's imminent release. The family did its own calculations and found he was being credited with too much time.

"A timeline provided by the governor's office shows the agency consulted with attorneys regarding the error the same month and scheduled a fix for the program. However, the coding fix was repeatedly delayed, and the governor says he didn't learn of the issue until last week, when corrections' officials notified his staff."

Corrections officials don't have a complete list of those prisoners who were let out early and can't say whether any of them committed crimes after they were freed.

Some of the prisoners will have to resume serving their sentences.

Inslee says that until the problem is remedied, early release calculations will have to be done by hand.

The governor also ordered an independent investigation to examine why the coding fix. The state Legislature will also hold hearings.

Editor's Note: This post previously contained material from The Associated Press and The Seattle Times without proper attribution. This is not in line with NPR's ethics policy, which states that "no material from another source should ever be included verbatim, or substantially so, without attribution."