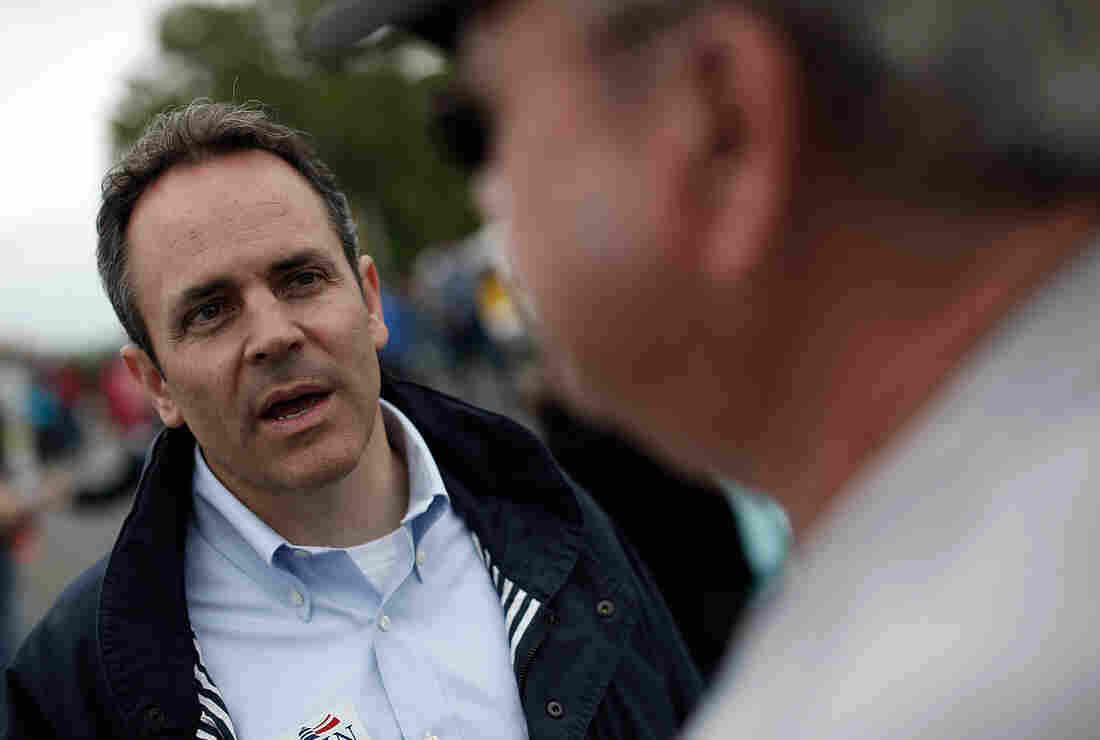 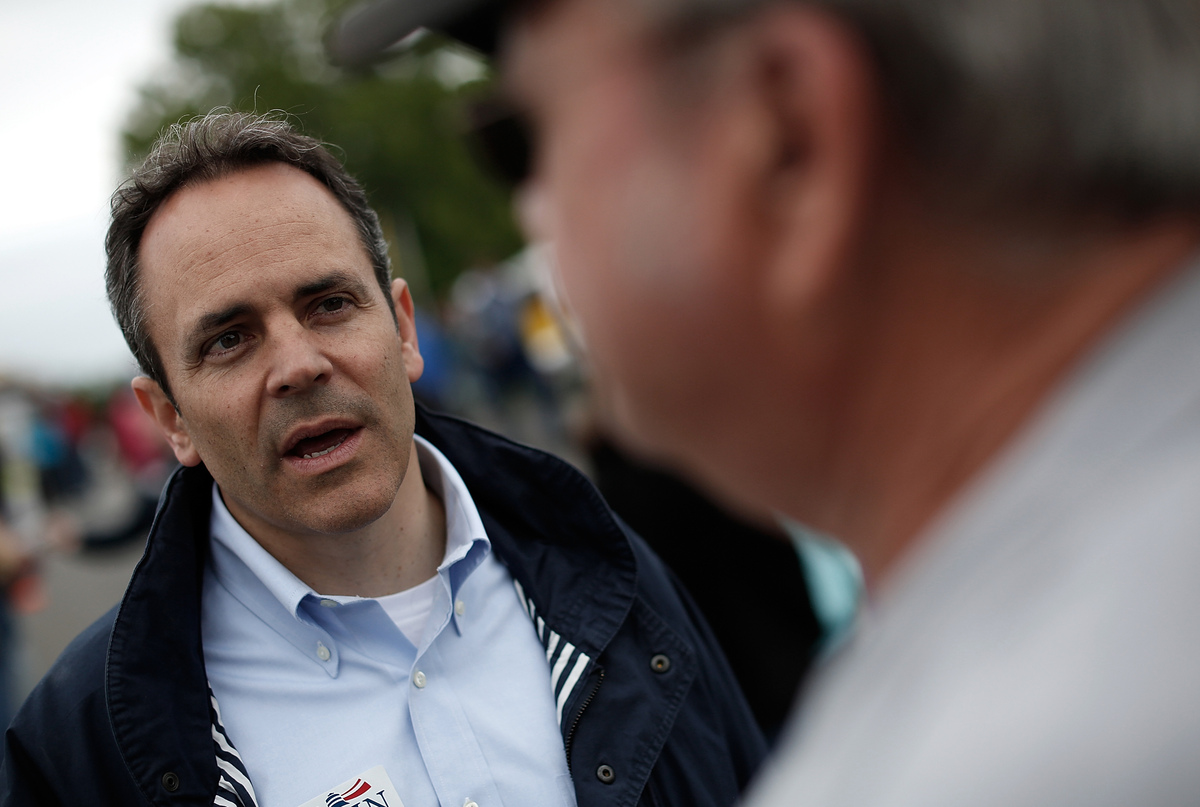 Kentucky Gov. Matt Bevin during his election campaign in May.

Marriage licenses in Kentucky will no longer need to be printed with the name of the county clerk who issues them.

The state's new governor, Matthew Bevin, issued a executive order yesterday saying he was changing protocol in order to "ensure that the sincerely held religious beliefs of all Kentuckians are honored."

Of course this issue was brought to the national spotlight after Rowan County Clerk Kim Davis refused to issue marriage licenses to same-sex couples. That resulted in a legal standoff that worked its way to the Supreme Court and ended after Davis was jailed for a few days and same-sex couples were issued licenses bearing the name of a deputy clerk.

Lawyers for Davis and some of the couples have said the validity of those licenses is questionable.

"Mr. Bevin staunchly supported Ms. Davis's position and vowed during his campaign to take the action he announced Tuesday, on his 15th day in office. Some political analysts say the case helped motivate religious conservatives to turn out to vote for him."

The American Civil Liberties Union, whose lawyers represented some of the couples who successfully sued Davis, said Bevin's move further complicates the legal landscape in Kentucky.

"The requirement that the county clerk's name appear on marriage licenses is prescribed by Kentucky law and is not subject to unilateral change by the governor," William Sharp, the legal director for the ACLU of Kentucky, said in a statement.

Sharp goes on to say that was the position of the previous administration.

He concludes: "The ACLU continues to work with loving couples who hold marriage licenses of questionable validity and for those who are waiting to legalize their unions until this is resolved. And the ACLU will continue to challenge government officials who disregard the law in favor of promoting their own personal beliefs to the detriment of the rights of others. Government officials, from the highest to the lowest, have a duty and responsibility to impartially administer the laws that exist, not the laws as they wish them to be."