Accessibility links
$16 Million Awarded To Brain Researchers, But NFL Is Contributing Nothing : The Two-Way In 2012, the NFL pledged $30 million for research into chronic traumatic encephalopathy. A $16 million study was unveiled but none of the NFL's money is being used for that research. 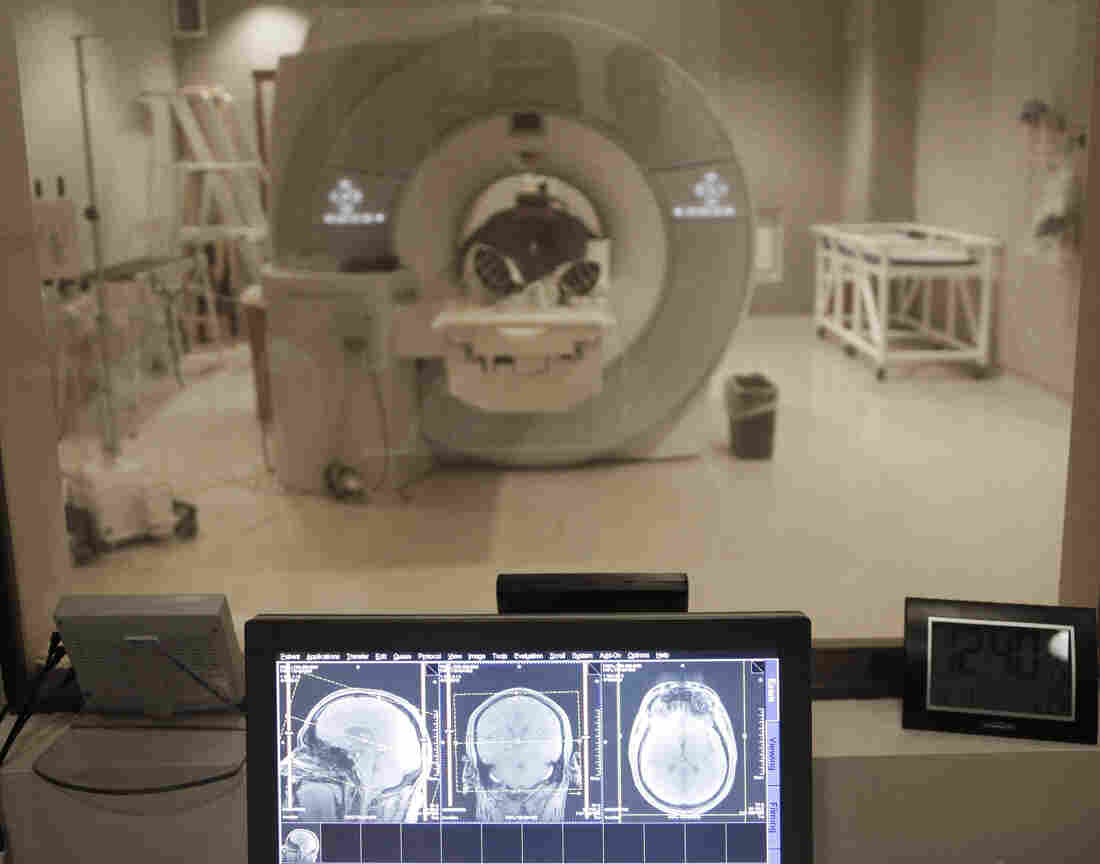 A former NFL quarterback undergoes an MRI on his brain in Detroit. Paul Sancya/AP hide caption 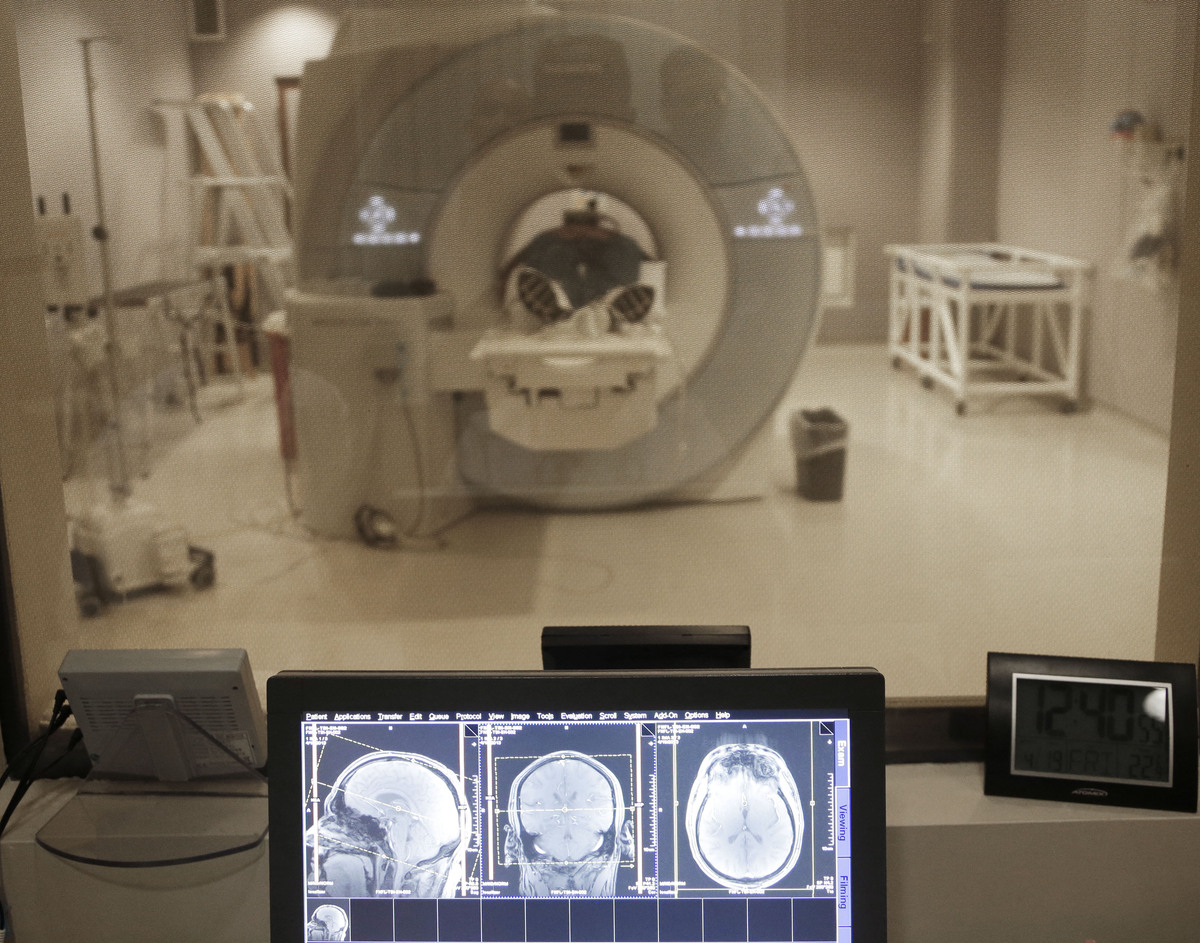 A former NFL quarterback undergoes an MRI on his brain in Detroit.

The National Institutes of Health announced a $16 million grant to researchers from Boston University and other institutions trying to find a way to detect a disease believed to stem from repetitive trauma to the head.

Chronic traumatic encephalopathy, or C.T.E., which at the moment can only be diagnosed after a person dies, has been found in many former athletes involved in contact sports, so what the researchers find could have a significant impact on the National Football League.

However, the league, which in 2012 pledged $30 million to the Foundation for the National Institutes of Health for the study of C.T.E., is not funding any part of this research.

ESPN's Outside the Lines published a story based on unnamed sources that said the League had dragged its feet on funding this study and ultimately the National Institutes of Health decided to fund it on its own.

Outside the Lines reports:

"When the NFL's 'unrestricted' $30 million gift was announced in 2012, the NIH said the money came 'with no strings attached'; however, an NIH official clarified the gift terms two years later, telling Outside the Lines that, in fact, the league retained veto power over projects that it funds. [Dr. Walter Koroshetz, director of the NIH's National Institute for Neurological Disorders and Stroke,] affirmed that this week."

"Sources told Outside the Lines that the league exercised that power when it learned that [ Dr. Robert Stern], a professor of neurology and neurosurgery at Boston University, would be the project's lead researcher. The league, sources said, raised concerns about Stern's objectivity, despite the merit review and a separate evaluation by a dozen high-level experts assembled by the NIH.

"Stern, the director of clinical research for Boston University's Alzheimer's Disease and CTE centers, has a complicated history with the league. He once said NFL commissioner Roger Goodell inherited a "cover-up" from his predecessor, Paul Tagliabue. In October 2014, he filed a 61-page declaration opposing the NFL's settlement of a lawsuit in which thousands of former players accused the league of hiding the link between football and brain damage. Stern wrote that the settlement would deny compensation to many deserving players, including some of the most severely disabled."

Citing its own unnamed source, The New York Times reports that the N.I.H. had asked to use some of the $30 million to pay for the research but "it decided to finance the grant with other funds."

The NFL called the Outside the Lines report inaccurate.

"NFL did not pull any funding," NFL spokesman Brian McCarthy said on Twitter. "NIH makes its own decisions."

In a statement, the Foundation for the National Institutes of Health seemed to back up the NFL, saying the league's funding commitment remains intact.

"NFL was willing to contribute to the Boston University CTE study headed by Dr. Stern," the FNIH said. "NIH made the decision to fund this study in its entirety and to issue a Request for Applications (RFA) early next year to support an additional study on CTE using funds from SHRP, which will double the support for research in this area."

"...the NFL has no control over the use of these grant funds. NFL has no veto power over NIH's funding decisions."