Accessibility links
Possible Flash Floods In Parts Of The South, Amid Wave Of Severe Weather : The Two-Way A number of new storm systems come through Southern states, even as they assess damage from the recent harsh weather.

Possible Flash Floods In Parts Of The South, Amid Wave Of Severe Weather

Possible Flash Floods In Parts Of The South, Amid Wave Of Severe Weather 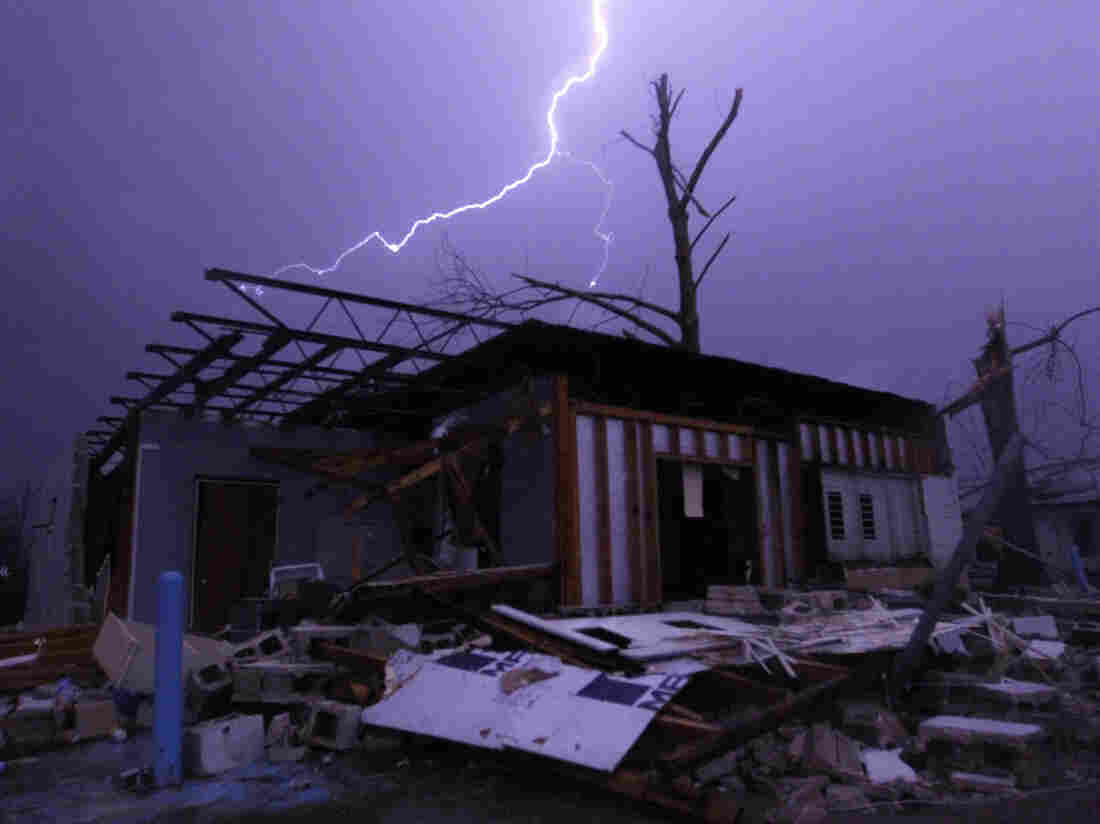 Lightning illuminates a house after a possible tornado touched down in Jefferson County, Ala., damaging several houses on Friday in Birmingham, Alabama. Butch Dill/AP hide caption 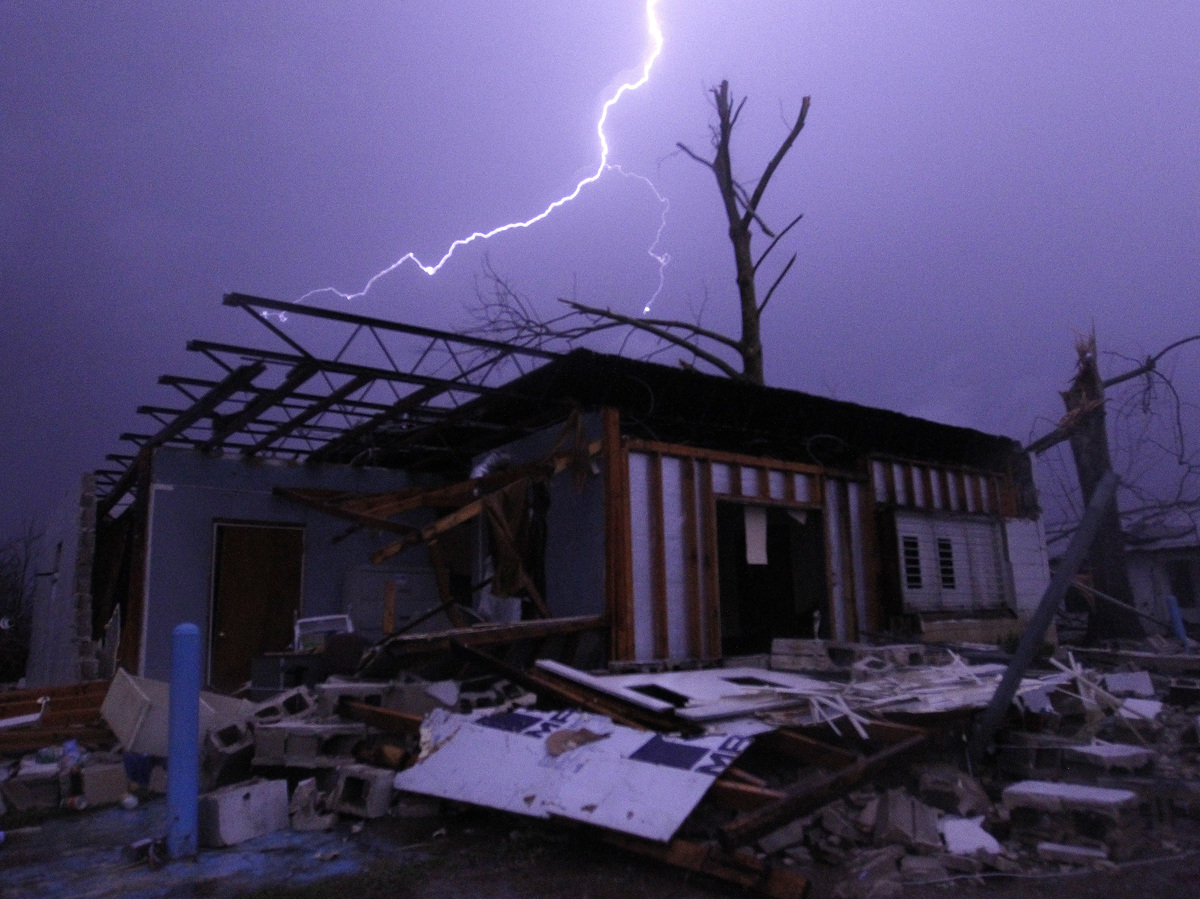 Lightning illuminates a house after a possible tornado touched down in Jefferson County, Ala., damaging several houses on Friday in Birmingham, Alabama.

Parts of the South are facing possible flash floods, even as they survey the damage from a wave of severe weather that killed at least 15 people across Tennessee, Mississippi and Arkansas.

As National Weather Service meteorologist Jim Stefkovich tells our colleagues at Alabama Public Radio, "We have a number of storm systems coming through, in fact we expect more rain going into Sunday night and into Monday, so that's only going to make things worse."

This comes after two tornadoes on Christmas Day in Alabama — a "significant" one in southwest Birmingham and a "weak tornado" in Tuscaloosa County. NPR's Newscast Unit reported that Birmingham Mayor William Bell says the city is working with the Red Cross and the Baptist Association to provide shelter for people who need it.

National Weather Service crews are surveying the damage from the tornadoes on Saturday, NPR member station WBHM in Alabama reported.

A Birmingham police spokesman told The Associated Press that "people were trapped inside damaged houses, adding that several people were taken to hospitals for treatment of minor injuries."

On Thursday, Alabama Gov. Robert Bentley issued a State of Emergency for all Alabama counties due to the flooding:

"'Many parts of Alabama have experienced excessive rainfall and flooding is a major concern,' Governor Robert Bentley said. 'By issuing a State of Emergency, I have directed all state agencies to take necessary actions to be prepared to respond to the anticipated flooding across Alabama. We will actively monitor the flooding, and are prepared to respond to any requests for assistance.'"

The statement added that "roads and bridges in many places have washed out."

You can find our earlier story on the extreme weather that has hit parts of the South and Midwest this week here.

Other parts of the country face possible storms and blizzards Saturday.

Traveling this weekend? Check out the watches and warnings for everything from a blizzard to flooding pic.twitter.com/Xcxo9umgm1