Accessibility links
Egypt Raids 2 Major Independent Cultural Institutions In 2 Days : The Two-Way Authorities targeted an art gallery and a publishing house in Cairo that are pillars of the independent cultural scene. The raids have raised concerns about freedom of expression in Egypt. 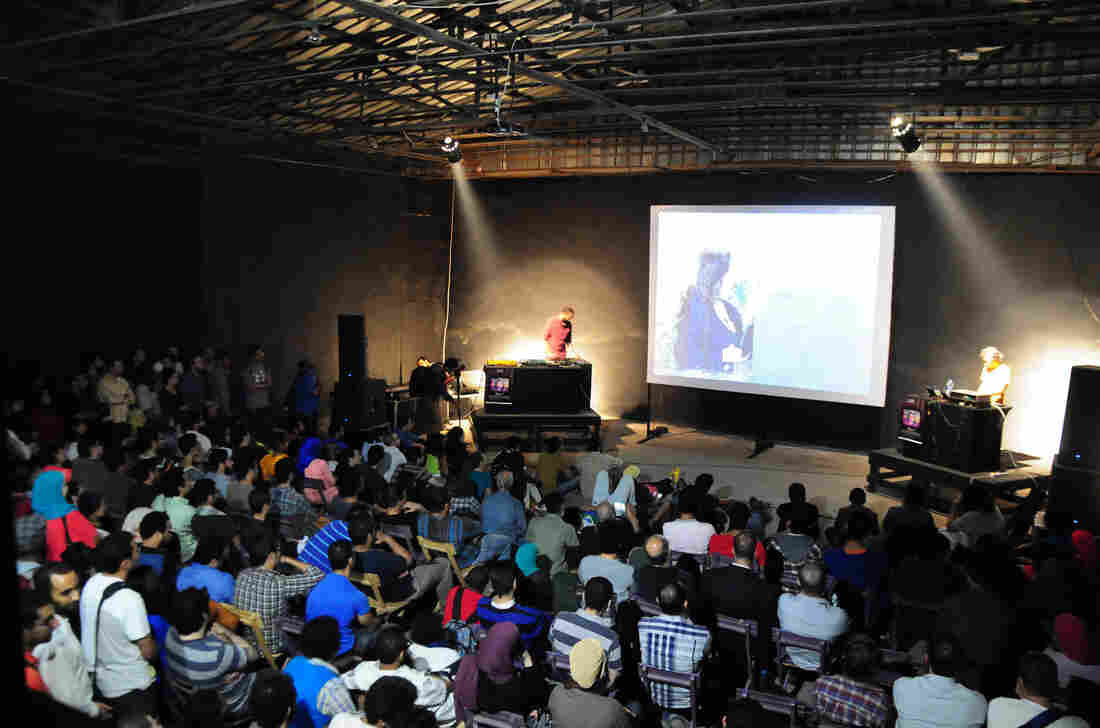 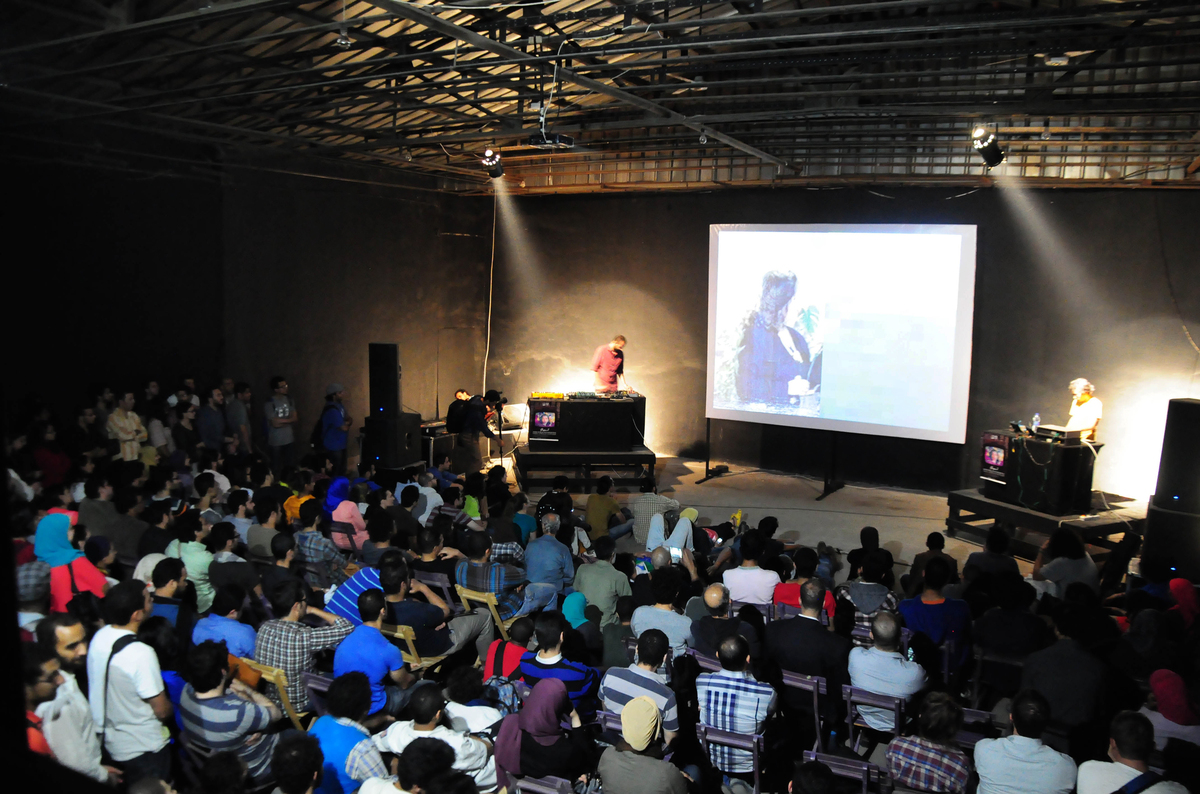 The Townhouse Gallery of Contemporary Art in Cairo featured a project by artist Mohamed Allam titled "My Nineties: A Panorama of Collective Memory Televised" in April 2013.

Egyptian authorities have raided two pillars of the independent arts and culture scene in Cairo over the past 48 hours.

They targeted the Townhouse Gallery of Contemporary Art and the Merit Publishing House, both in downtown Cairo.

NPR's Leila Fadel in Cairo tells our Newscast unit that the raids are raising alarm bells about freedom of expression in Egypt. Here's more from Leila:

"In his post, he was defiant. He vowed to expose corruption, continue seminars and 'dream of a homeland of life, freedom and social justice.' "

One publishing house employee was detained at the time and later ordered released, Leila says, though he had not yet been freed.

On the Townhouse Gallery raid, Leila reports that "a lawyer from the Association of Freedom of Thought and Expression said the raid happened late Monday by an interagency team from the Censorship Authority, Tax Authority, and others. Employees were told the closure is temporary."

A Townhouse staffer downplayed the incident in an interview with Egyptian news website Ahram Online. Once a few paperwork issues are sorted, he said, the gallery will reopen.

Leila says there have been other recent raids on cultural spaces and that "there is concern that this is part of a pattern." She notes: "Another gallery was raided and shut down two months ago and a seminar for the well-known author Alaa Aswany was canceled by security services earlier this month, according to the author."

The Townhouse Gallery, which opened in 1998, was among the first art spaces in Cairo outside the purview of the Ministry of Culture and is a leader in the independent art scene. Tucked away in an alley, it hosts art shows, concerts, seminars and theater productions.

"Established in 1998, Merit is an important actor in the publishing scene and is known both for its anti-censorship stance and for publishing experimental and unknown work. It publishes a wide variety of books, including poetry, fiction and nonfiction, but with a particular focus on young talent, the kind of writers who previously had to resort to self-publishing and extremely limited distribution."

Hashem told Mada that the publishing house was planning to launch a book critical of Egypt's media landscape on Wednesday. "If they want to scare us because of the noise we cause for them, we will continue to be noisy," he said.

This comes as Egypt's government continues its sweeping crackdown on dissent. Thousands of government opponents have been thrown in jail. The Committee to Protect Journalists says that "Egypt is second only to China as the world's worst jailer of journalists in 2015."