Accessibility links
Puerto Rico Says It Will Miss $37 Million In Bond Payments This Week : The Two-Way The island's government warns that time is running out for Congress to address its fiscal problems. Puerto Rico has been reeling from the effects of declining population and a long recession. 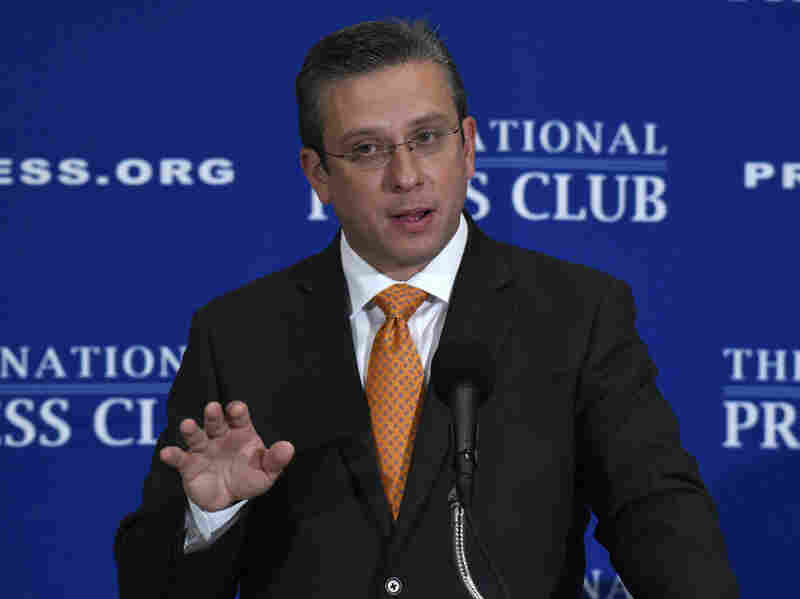 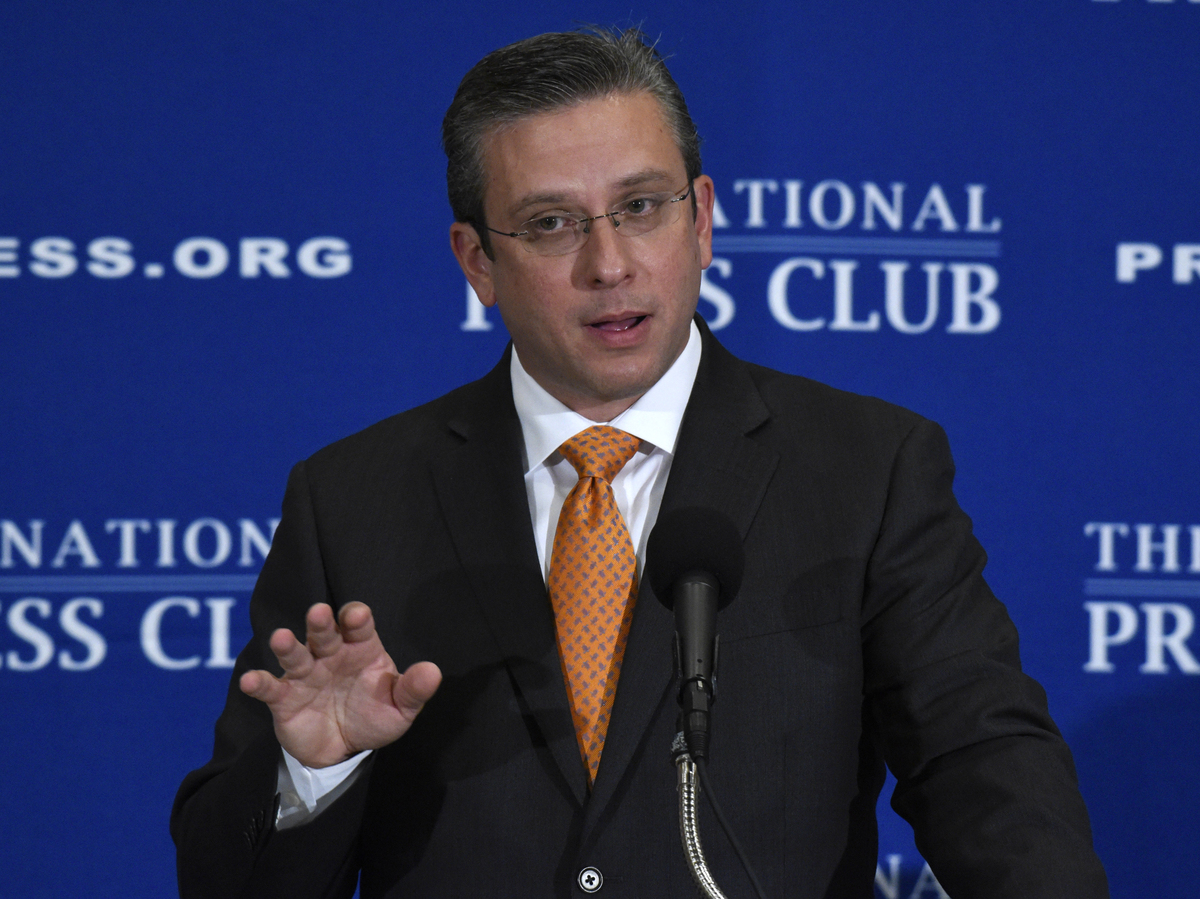 Puerto Rico's governor, Alejandro Javier Garcia Padilla, shown here in an appearance in Washington this month, has been urging Congress to allow the commonwealth to seek bankruptcy protection.

Puerto Rico will default on bond payments worth about $37 million on Jan. 1, as it struggles to contend with a mountain of debt worth $72 billion, government officials said today.

Still, the commonwealth will be able to pay off most of the $328 million it owes on its general obligation debt — but that's only by clawing back some of the money from other government sources, Gov. Alejandro Garcia Padilla noted.

Melba Acosta Febo, president of the Government Development Bank, said the commonwealth had used more than $100 million in reserve funds to make debt service payments, which "should underscore that the Commonwealth is running out of options to pay its debt."

In a statement, she said it was "unfortunate" that Congress had failed to give Puerto Rico the broad authority it needs to restructure its debts:

"No amount of lobbying can change the math or the facts—there isn't enough money to provide essential services to the people of Puerto Rico, repay our existing obligations and grow our economy, which is the only way the Commonwealth will ever be able to repay our creditors."

The payments that Puerto Rico will default on include debt issued by the Infrastructure Financing Authority, as well as $1.4 million on Public Finance Corp. bonds.

Puerto Rico has been reeling from the effects of a long recession and a declining population. Officials have repeatedly warned that they will default on their debts rather than deny essential services to island residents. Daniel Hanson of Height Securities told Bloomberg News that the default announced Wednesday was "remarkably mild," considering "the commonwealth's repeated claims about its inability to pay debt."