Accessibility links
LISTEN: Jeb Bush Says Trump Is 'A Creature Of Barack Obama' : The Two-Way The former Florida governor offered up a theory on Donald Trump, which has provoked a lively debate on social media, in a year-ending interview with NPR News. 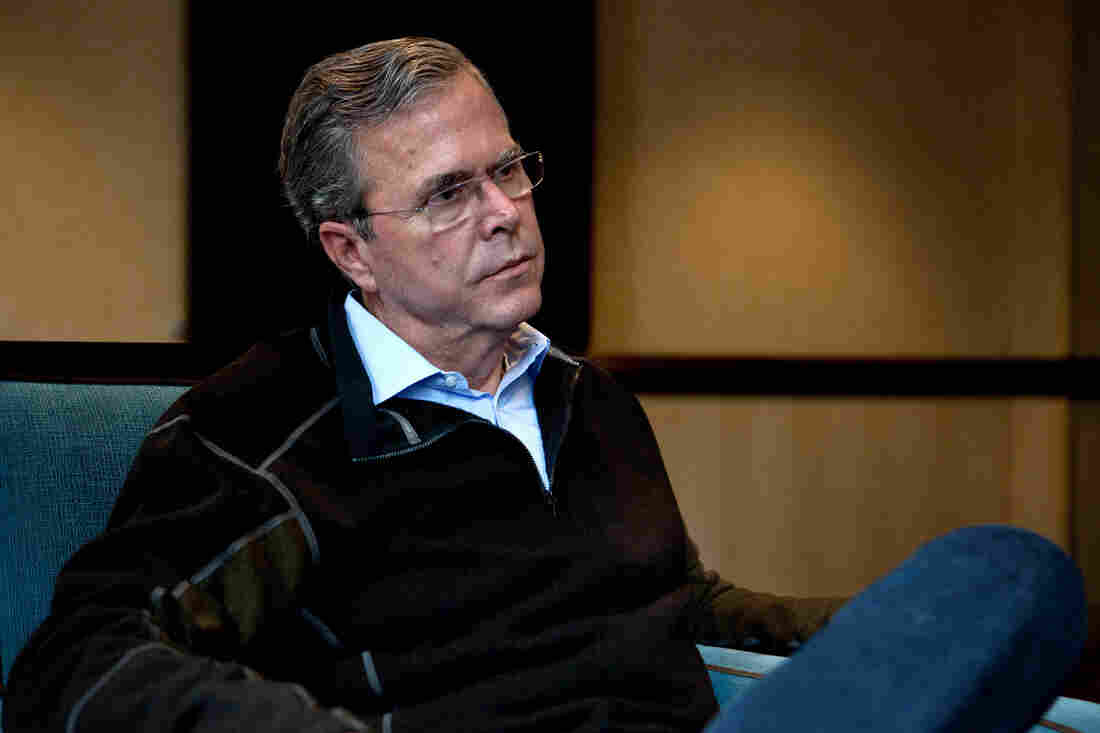 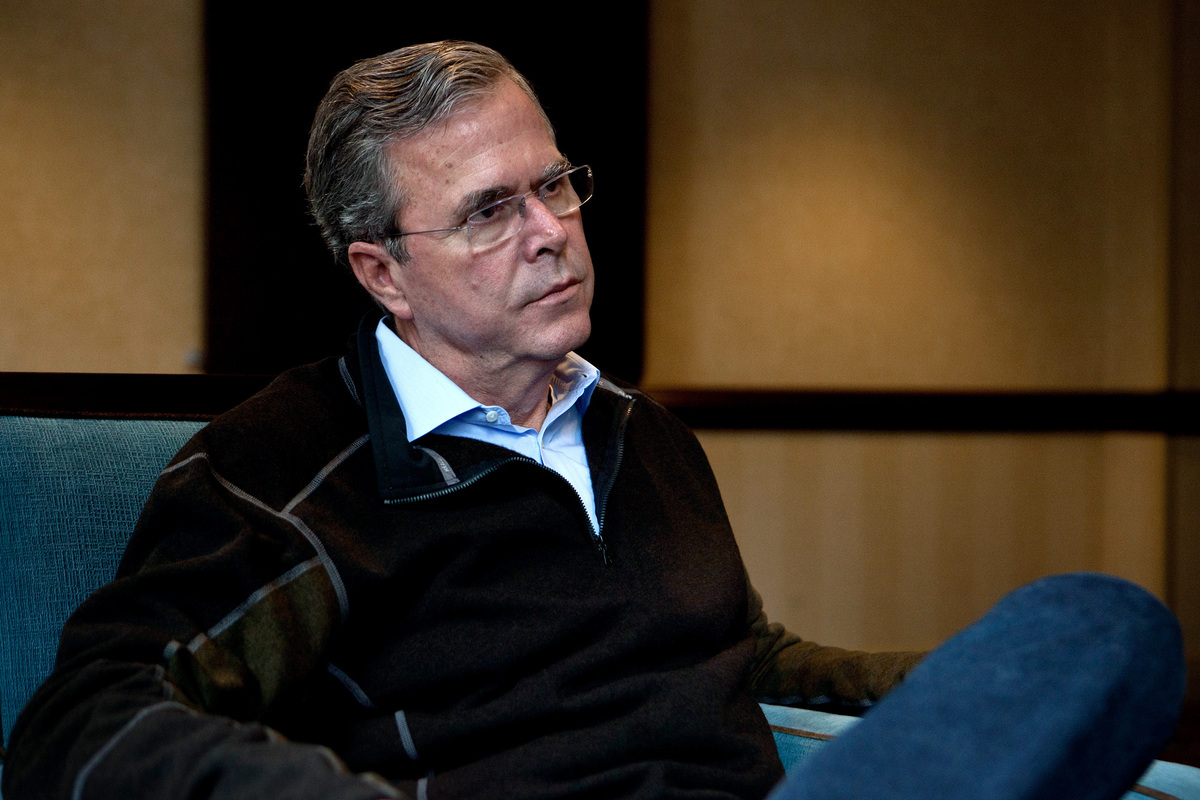 Republican presidential candidate Jeb Bush provoked much reaction on social media this morning with a theory of Donald Trump's rise.

Bush says President Obama paved the way for it.

The former Florida governor made the remark in a year-ending interview with NPR News. Bush is trying to recover after Trump knocked him out of front-runner status in the drive for the party's nomination.

Trump, who publicly questioned the authenticity of Obama's birth certificate during the latest election, started his 2016 campaign by promising to deport 11 million immigrants who are in the U.S. illegally. More recently, Trump seized headlines by declaring there should be "a total and complete shutdown of Muslims entering the United States until our country's representatives can figure out what is going on." He also showered insults on Bush, who has called for his party to become more tolerant and inclusive.

In this bit of the interview, Bush aims to link Trump with Obama — which, if it were to work, is one of the most toxic things one Republican can do to another during a primary fight. Bush's theory is that the president created an opening for a candidate such as Trump by making so many Republicans so enraged.

His claim has provoked a lively online debate. Here's how Bush puts it: