Accessibility links
Ringing In 2016 Around The World : The Two-Way A few cities, including Paris and Brussels, have canceled fireworks over fears of terrorist attacks. But in most of the world's major cities, celebrations are going forward as planned.

Ringing In 2016 Around The World

Ringing In 2016 Around The World 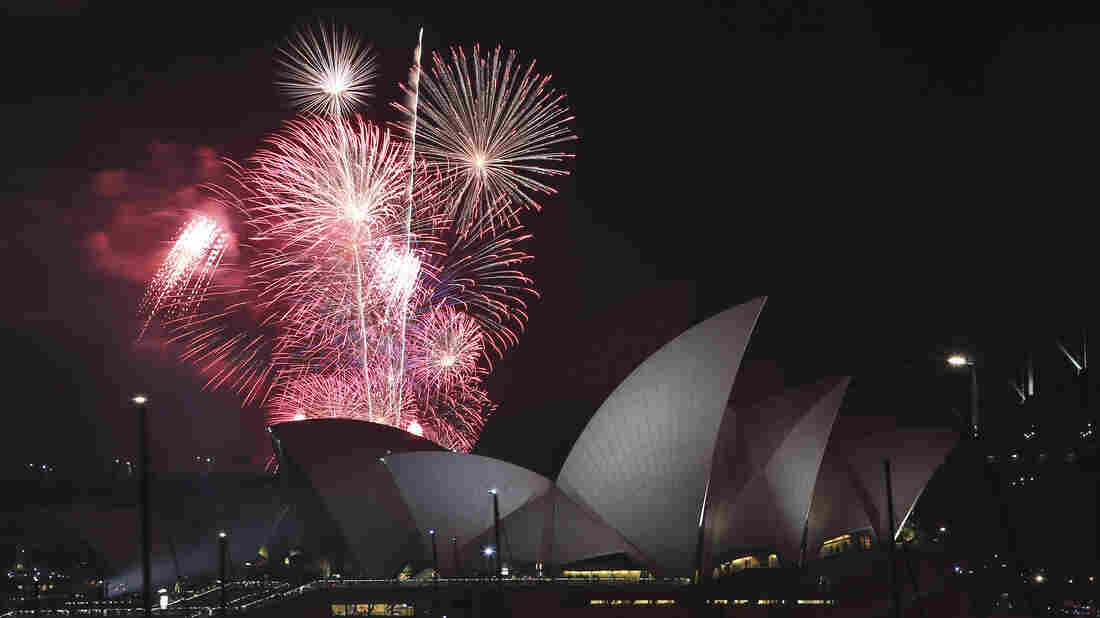 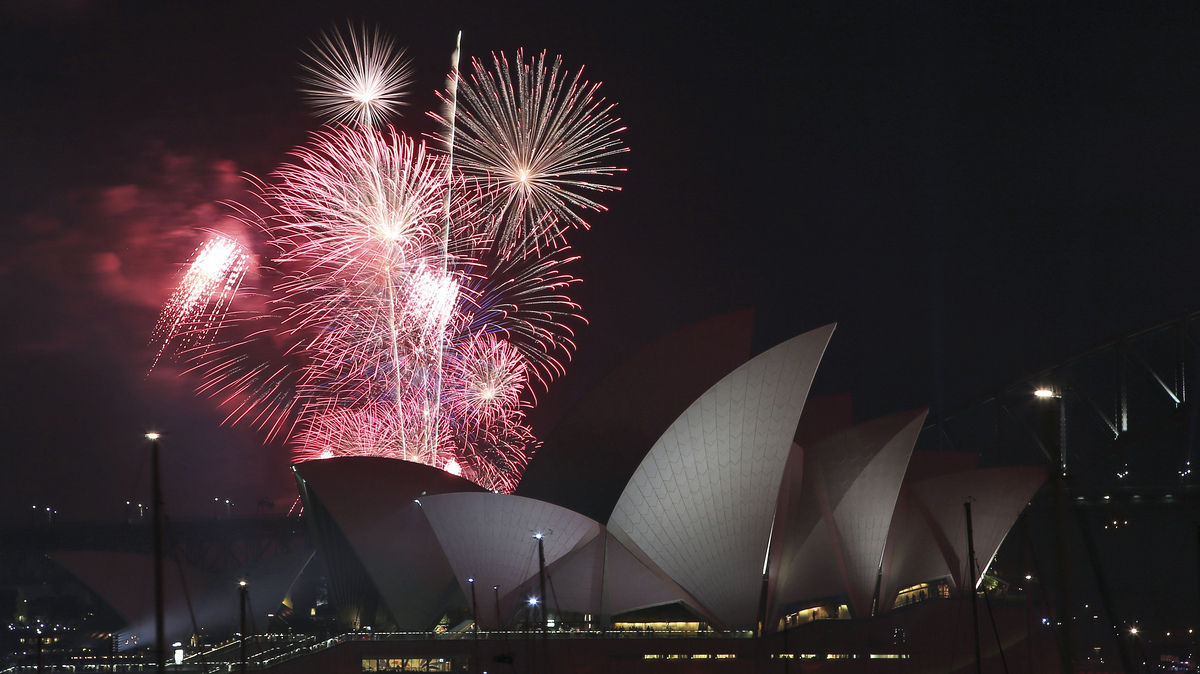 New Year's fireworks explode over the Harbour Bridge and Opera House in Sydney.

Time zone by time zone, the planet is saying goodbye to 2015.

The end of the year is still hours away in the U.S., but Australia has already hailed the new year with fireworks like those (see above) in Sydney Harbour.

In Japan's capital, balloons were released from Tokyo Tower.

A few highlights from other celebrations planned around the globe:

In many cases, New Year's Eve celebrations are taking place amid heightened security. Malaysia's biggest city, Kuala Lumpur, and Indonesia's capital, Jakarta, are among the cities that have bolstered security after foiling various plans for Islamist militant attacks, according to authorities. 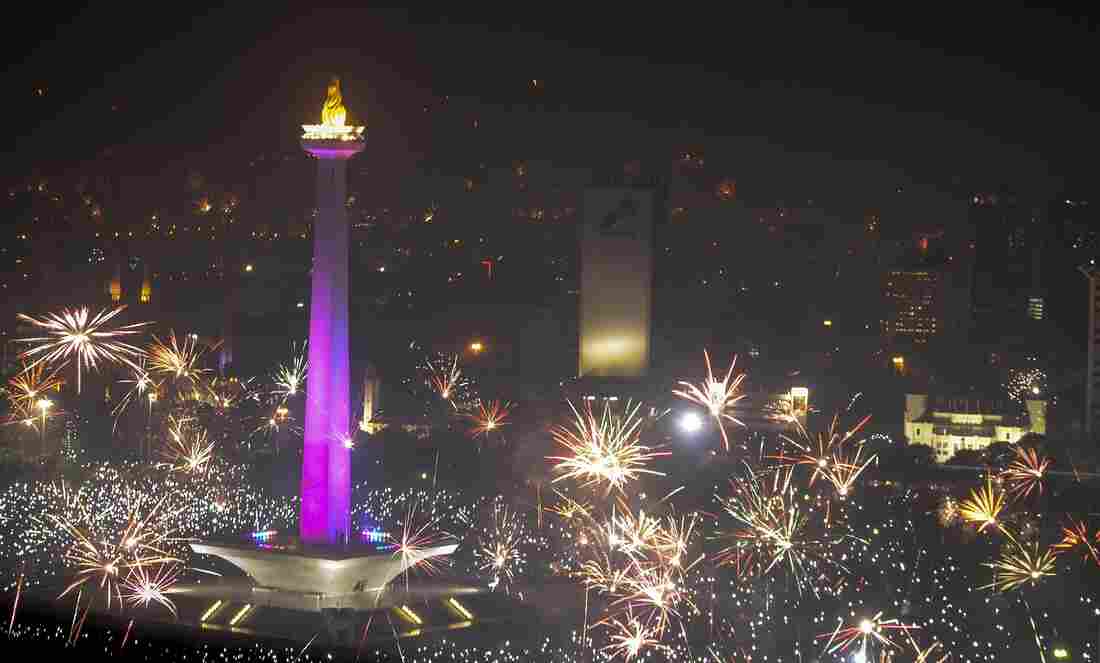 About 60,000 law enforcement and military personnel will be deployed across France on New Year's Eve, reports The Associated Press, and Paris has canceled its customary fireworks display.

In Turkey, where authorities similarly say they foiled a planned New Year's Eve bombing, the celebrations are set to go ahead as planned. 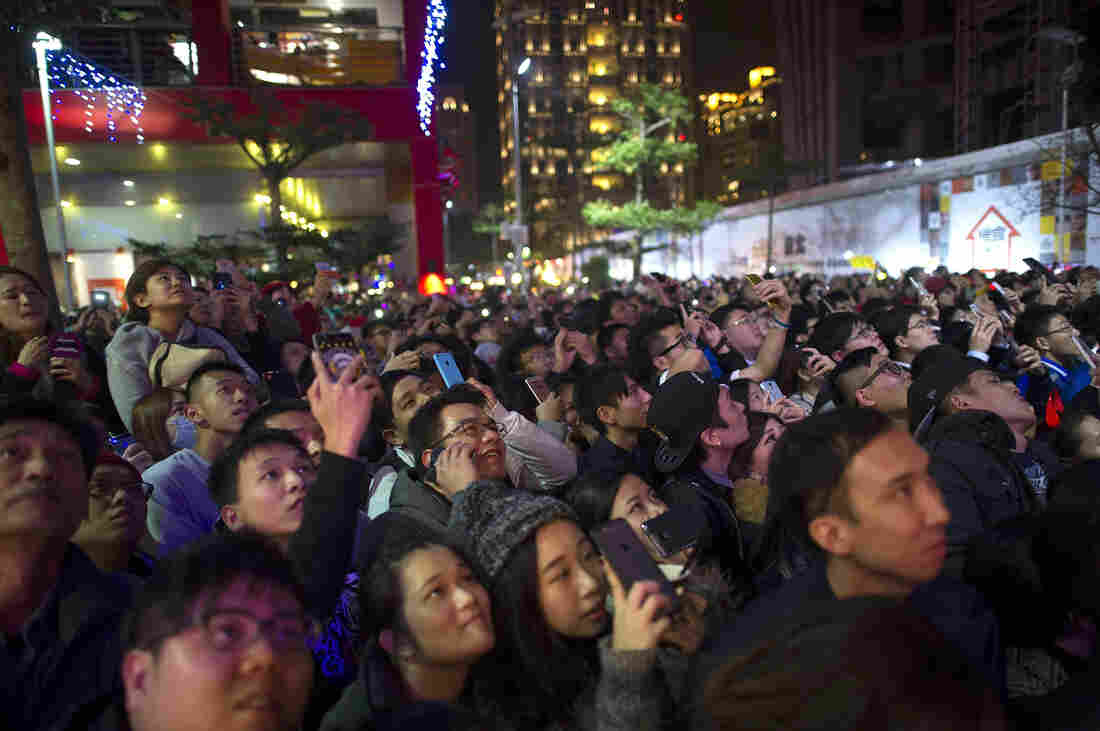 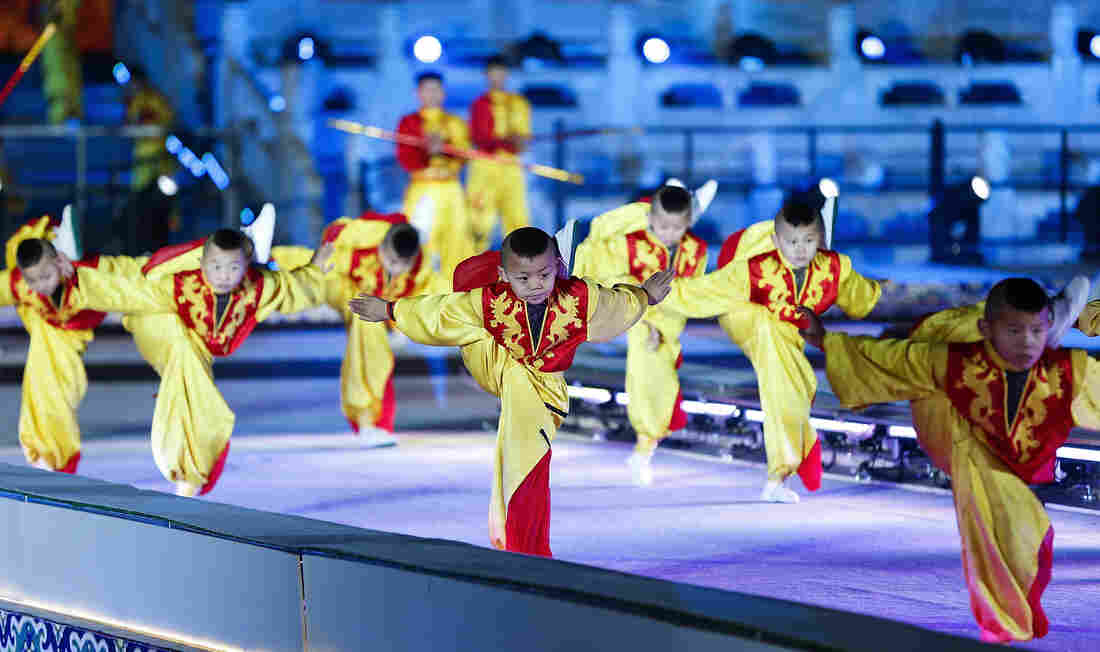 Children perform during the New Year's Eve countdown to 2016 at the Ancestral Temple in Beijing. Lintao Zhang/Getty Images hide caption 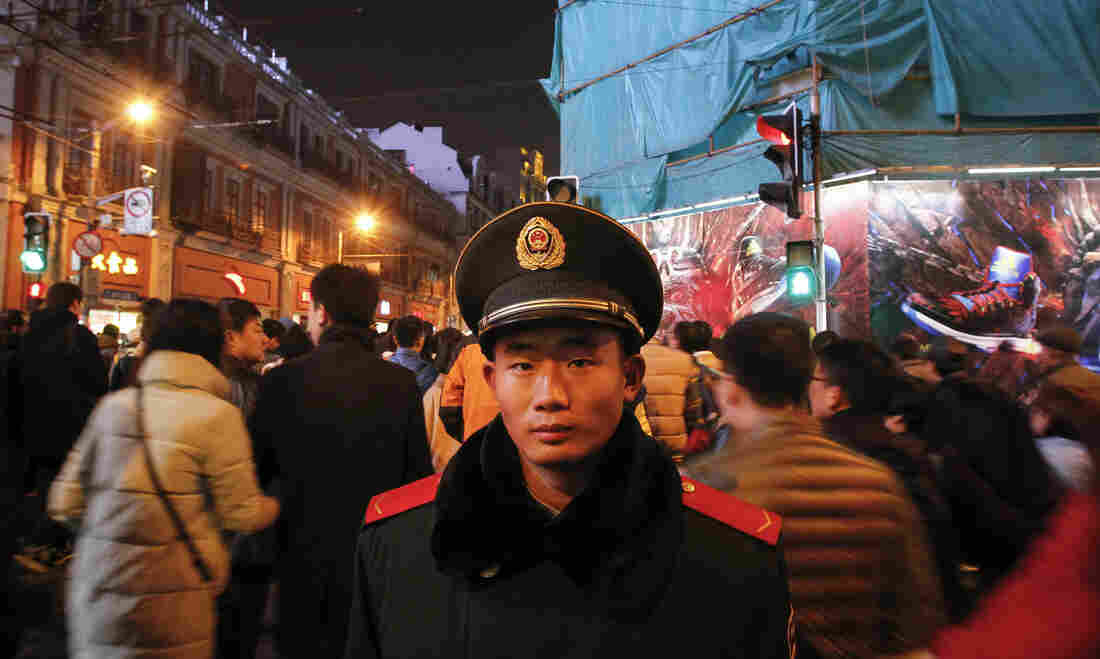 A security personnel stands on patrol on New Year's Eve on the historic riverfront known as "the Bund" in Shanghai. AFP/Getty Images hide caption 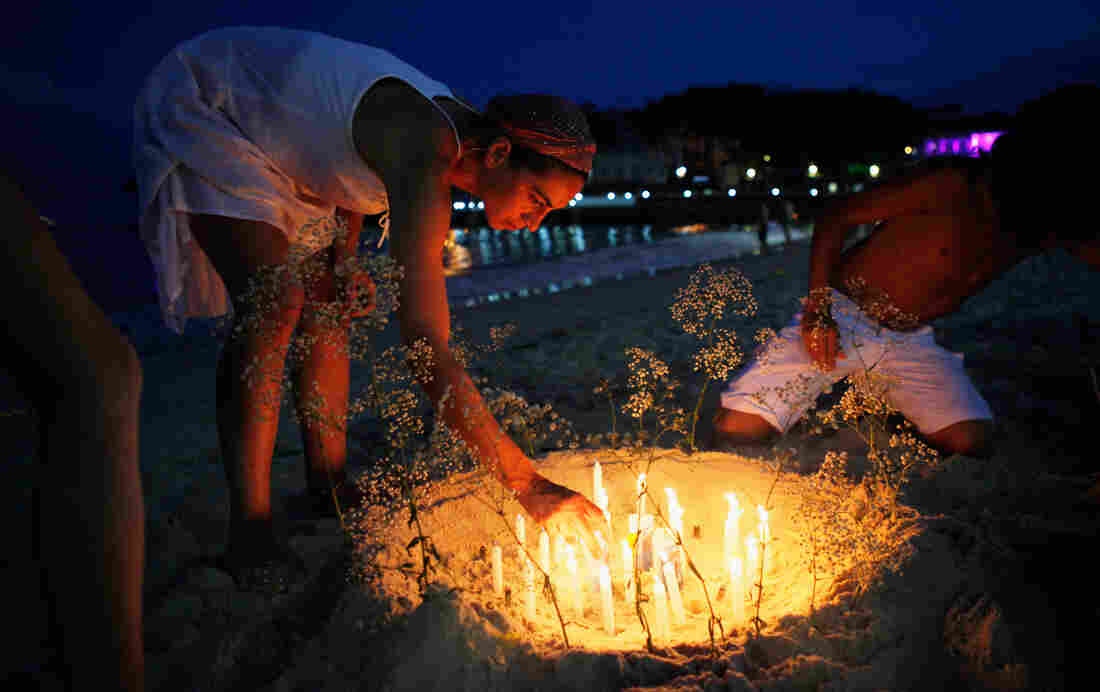 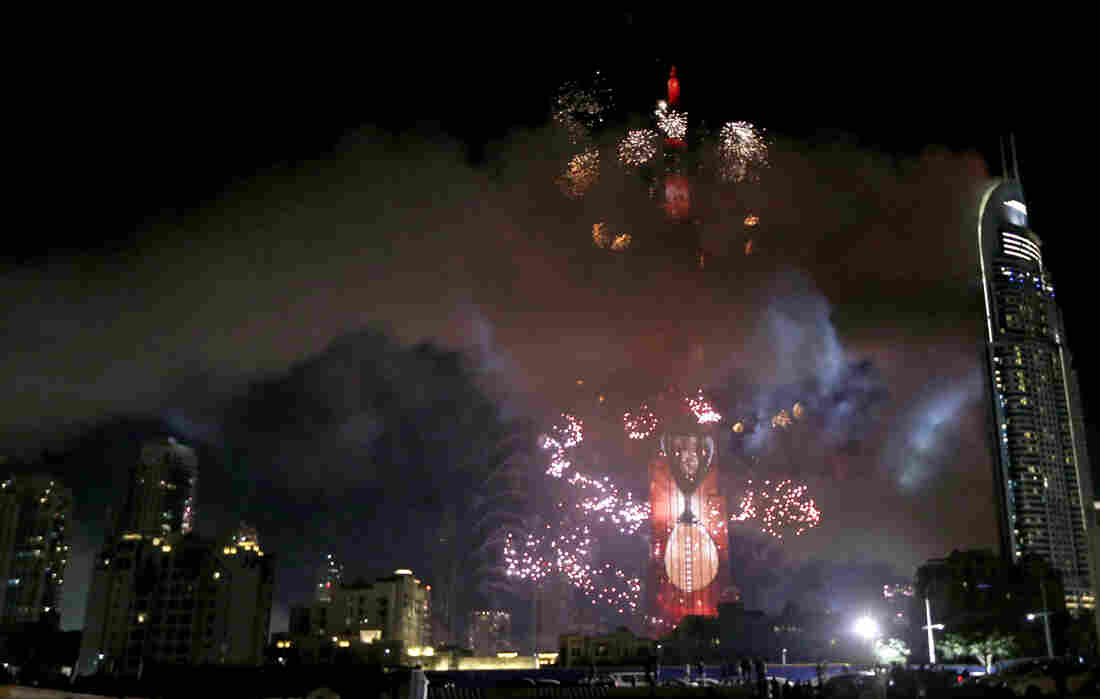 Smoke billows from the Address Downtown Hotel (right) after it caught on fire hours earlier, as a fireworks display goes off near the Burj Khalifa in Dubai on Friday. Karin Sahib/AFP/Getty Images hide caption 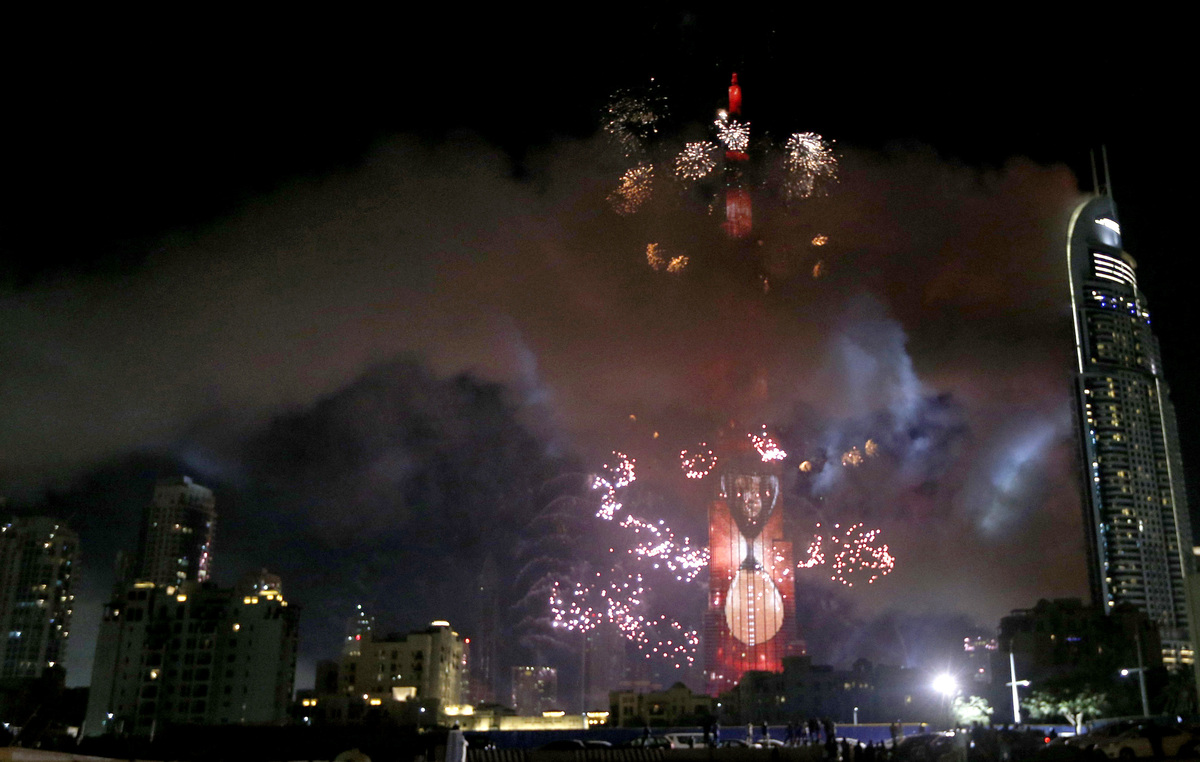 Smoke billows from the Address Downtown Hotel (right) after it caught on fire hours earlier, as a fireworks display goes off near the Burj Khalifa in Dubai on Friday. 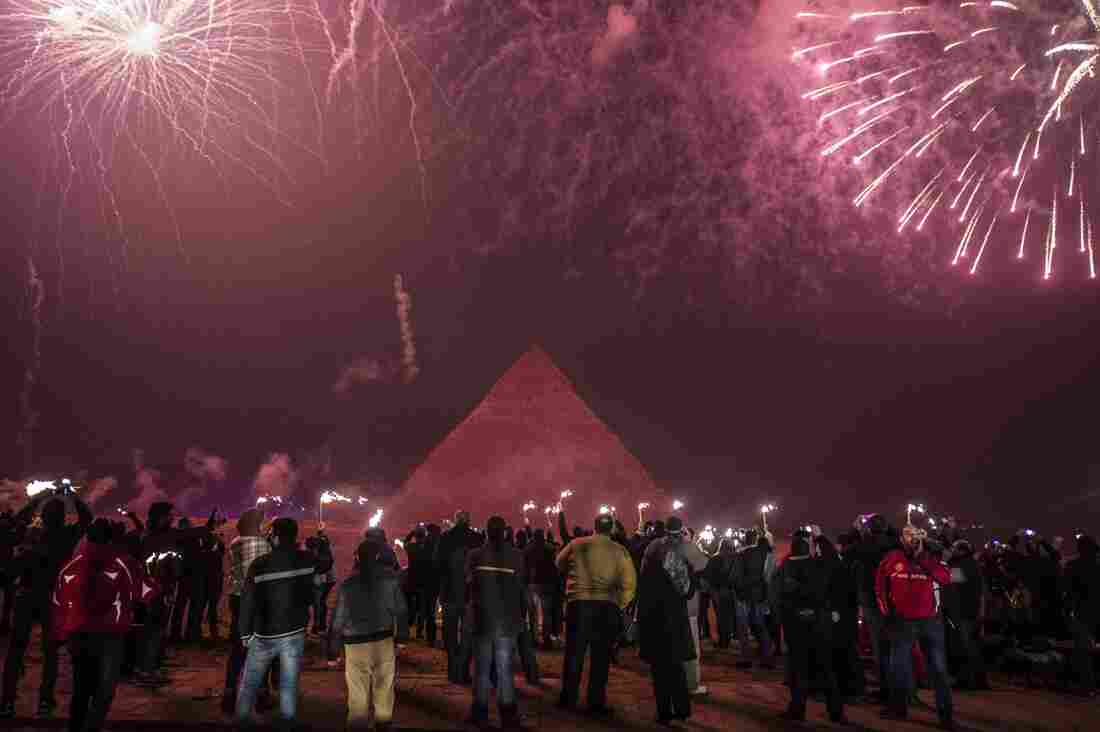 Egyptians celebrate the new year in front of the pyramids near the Egyptian capital Cairo. Khaled Desouki/AFP/Getty Images hide caption