Accessibility links
Gunman In Downtown Tel Aviv Kills 2 Israelis : The Two-Way Police say they are searching for the shooter who opened fire during a busy Friday afternoon. 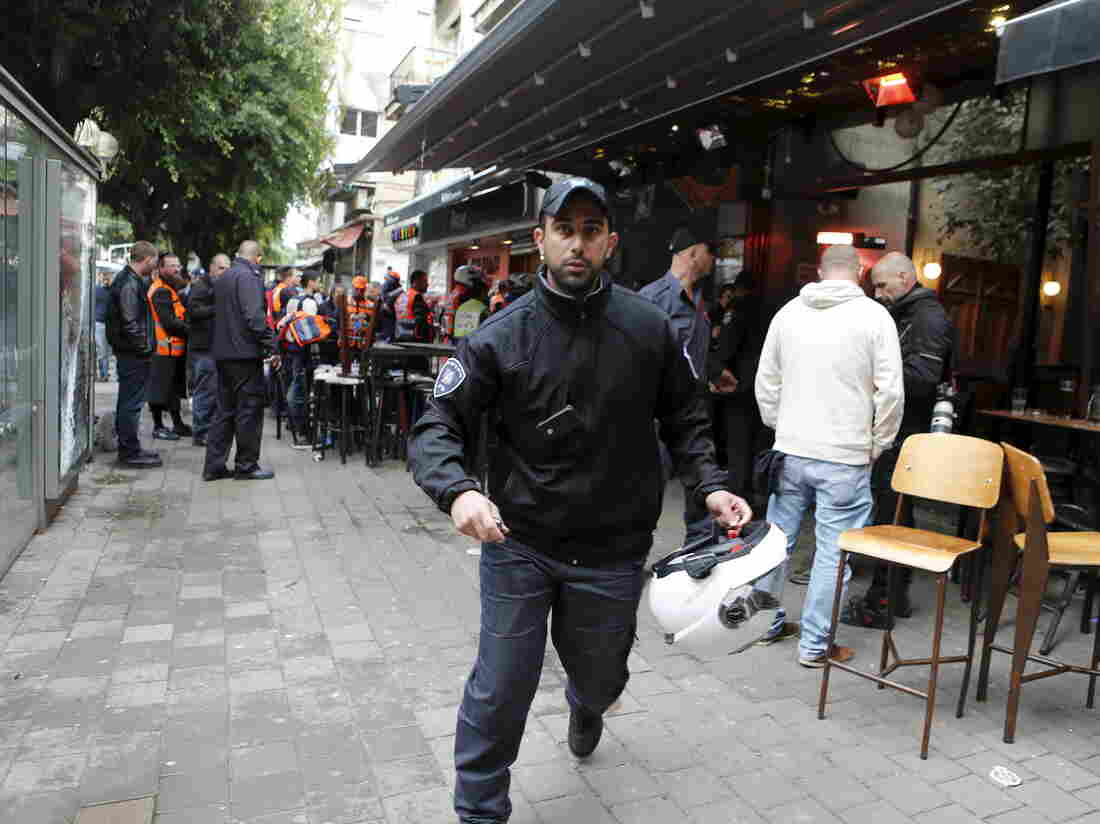 An Israeli policeman runs at the scene of a shooting incident in Tel Aviv, Israel on Friday. Nir Elias/Reuters/Landov hide caption 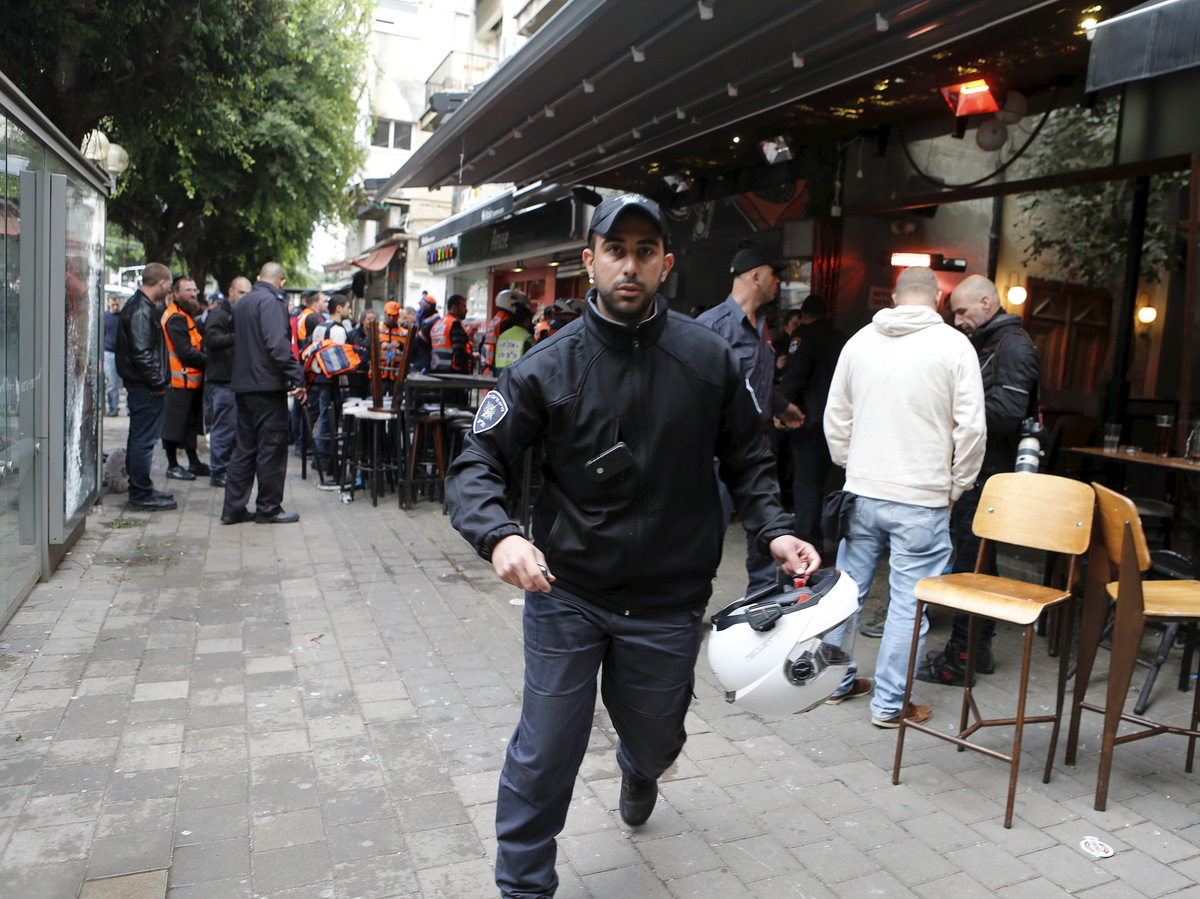 An Israeli policeman runs at the scene of a shooting incident in Tel Aviv, Israel on Friday.

Daniel Estrin told our Newscast unit that police are searching for the gunman. Here's more:

"Hospital officials say two Israelis died of their wounds, two are in serious condition and one is in light to moderate condition. The shooting took place at what is being described as a bar or restaurant in central Tel Aviv on a busy weekend afternoon. Israeli media are broadcasting footage of shattered windows and a pool of blood on the pavement. Police say the circumstances of the shooting are unclear — whether or not it is connected to the recent attacks by Palestinians on Israelis."

Witness Nati Shakked, owner of a bar that was hit by gunfire, told Reuters that "the assailant had waited on a bench outside before taking a machine-gun out of a bag and 'shooting in every direction.' "