Accessibility links
Smoke Still Rising From Dubai High-Rise Amid Fire Investigation : The Two-Way Dubai's fireworks display for New Year's Eve continued as planned, even as the blaze raged a short distance away. 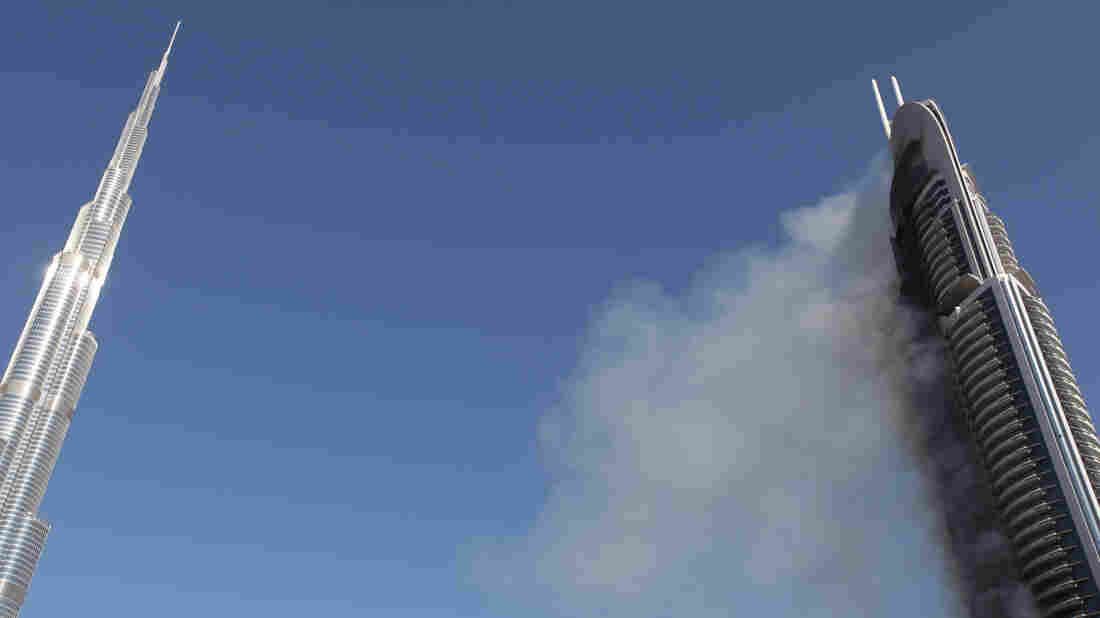 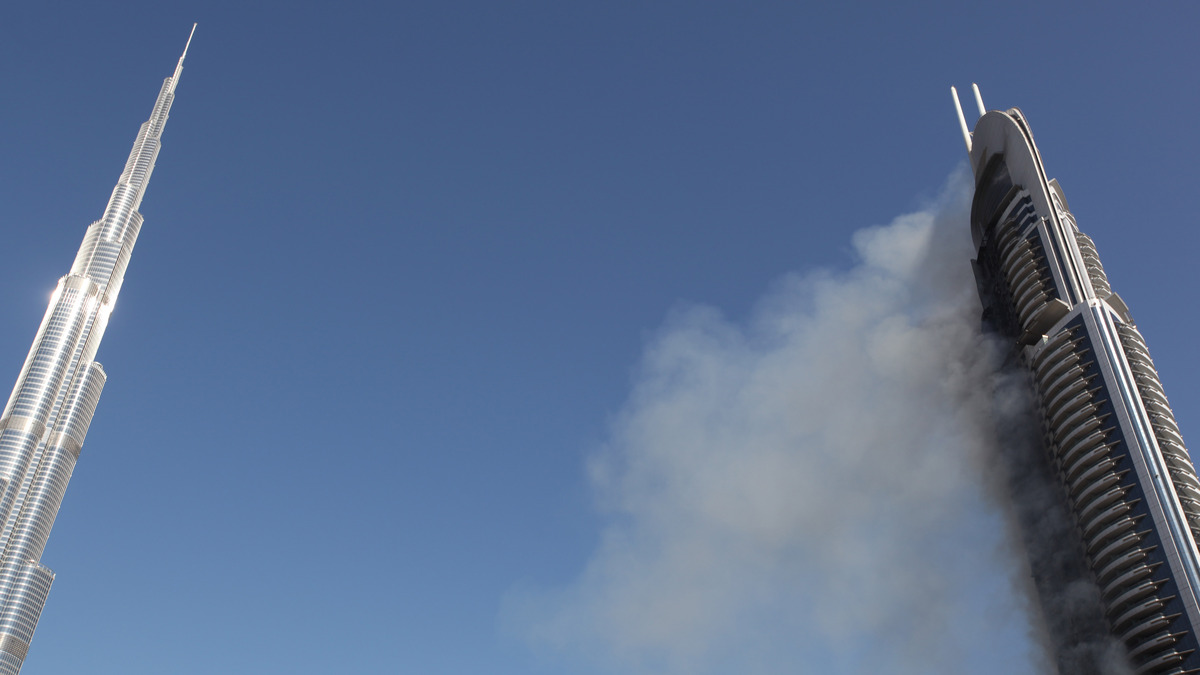 Smoke is still billowing from a luxury high-rise hotel in Dubai a day after a massive fire erupted during New Year's Eve celebrations.

As we reported yesterday, Dubai's fireworks display continued as planned, even as the blaze raged a short distance away.

NPR's Leila Fadel is at the scene:

"Fire trucks surround the hotel and fire fighters continue to fight a blaze still burning on one of the top floors. The government says the fire originated on the 20th floor but it still doesn't know what caused the blaze."

Dubai's government says that "cooling operation" continues at The Address Downtown Dubai Hotel. Security officials have launched an investigation to determine the causes of the fire, the government said in a statement.

However, "witnesses who saw the blaze start said they believed it began on the building's ground floor," The Associated Press reported.

The government says 14 people suffered minor injuries, one sustained moderate injury and one person had a heart attack. They say nobody died as a result of the fire, and "all injured were discharged except for two--a pregnant woman and an elderly man--who are safe and in good condition."

"Online, people praised Dubai for its quick response, but experts also say it calls into question major fire hazards in the glitzy tourist destination," Leila says, adding that this is the second major fire in a Dubai skyscraper in a year.