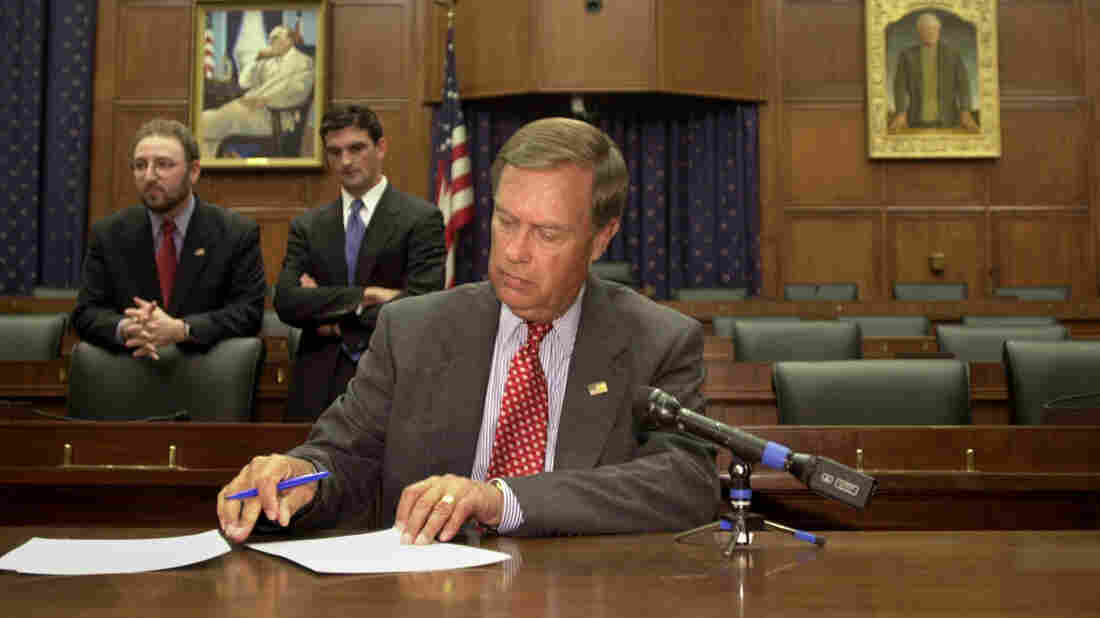 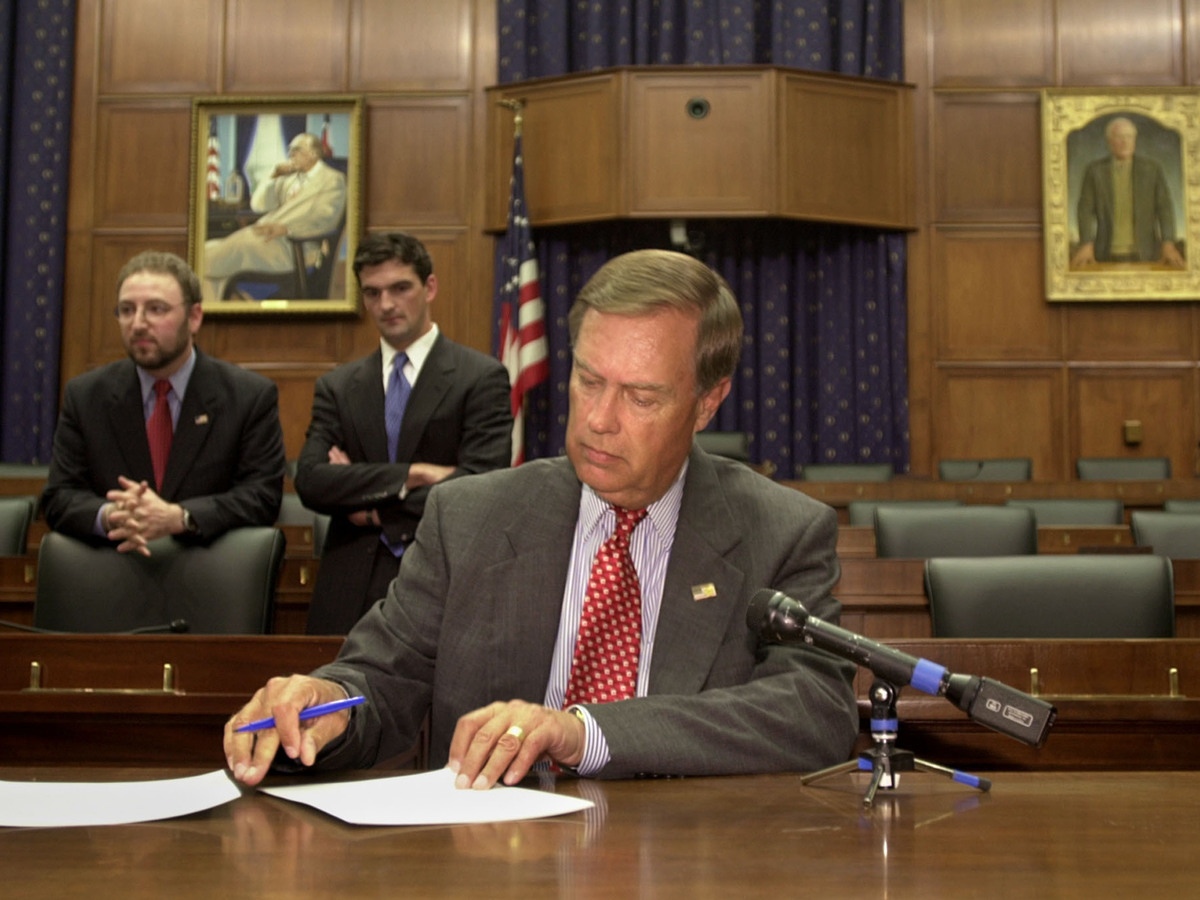 U.S. Rep. Michael Oxley, R-Ohio, signs subpoenas for WorldCom executives in June 2002, ordering them to appear before the House Financial Services Committee. Oxley died Friday at the age of 71.

Michael Oxley, a former Republican congressman from Ohio, died this morning at 71. His family says his death was the result of lung cancer — though they add that he was not a smoker.

Rep. Oxley's name is plenty familiar to anybody who works in finance. The Sarbanes-Oxley Act of 2002 governs almost every aspect of a company's financial reporting and accounting practices, and people in the industry often complain about the cost of complying with all the reporting rules. Some say SOX — as the act Oxley co-authored with Sen. Paul Sarbanes, D-Md., is called inside the financial industry — is driving companies to the simpler regulatory climates of overseas markets.

Many on Wall Street Still Under Enron's Pall

Many on Wall Street Still Under Enron's Pall

Enron and the Fall of Arthur Andersen

Enron and the Fall of Arthur Andersen

But what's often forgotten is why Sarbanes-Oxley was passed. Before the financial crisis of 2008, there was the the dot-com implosion of 2000, and the high-profile fraud revealed by the collapse of Enron and the alleged complicity of its auditing company, the late Arthur Andersen.

As Oxley recalled five years later, there was intense pressure on Congress to reform corporate accounting in America.

As chairman of the House Financial Services Committee, he said he barely could risk walking onto the House floor, because he would be "besieged" by colleagues who'd just come back from their districts, where their constituents had demanded reform.

In retrospect, he came to believe that this "white-hot political response" was a result of the fact that Americans had spent the previous generation becoming a "nation of investors," as pensions were replaced by 401(k) retirement plans.

"Those people intuitively understood that that was their money," he said.

The Marketplace Report: Dealing with Sarbanes-Oxley

The Marketplace Report: Dealing with Sarbanes-Oxley

Has Accounting World Changed Since Enron?

Has Accounting World Changed Since Enron?

This "democratization" of Wall Street was something the financial industry had long been pushing for — and it got what it wanted, as 401(k)s became the new normal.

What Wall Street hadn't bargained for — but Michael Oxley understood — was that with this democratization of the investment industry came a new obligation for companies to show their cards. It's an obligation that many on Wall Street consider a burden to this day, as they complain about the pains of complying with Sarbanes-Oxley.