Accessibility links
#NPRreads: 3 Fascinating Reads To Start 2016 : The Two-Way A deep dive into the physical costs of football — and not, this time, about concussions. A meditation on truth and communication from a sports blog. And a British interview with an American poet. 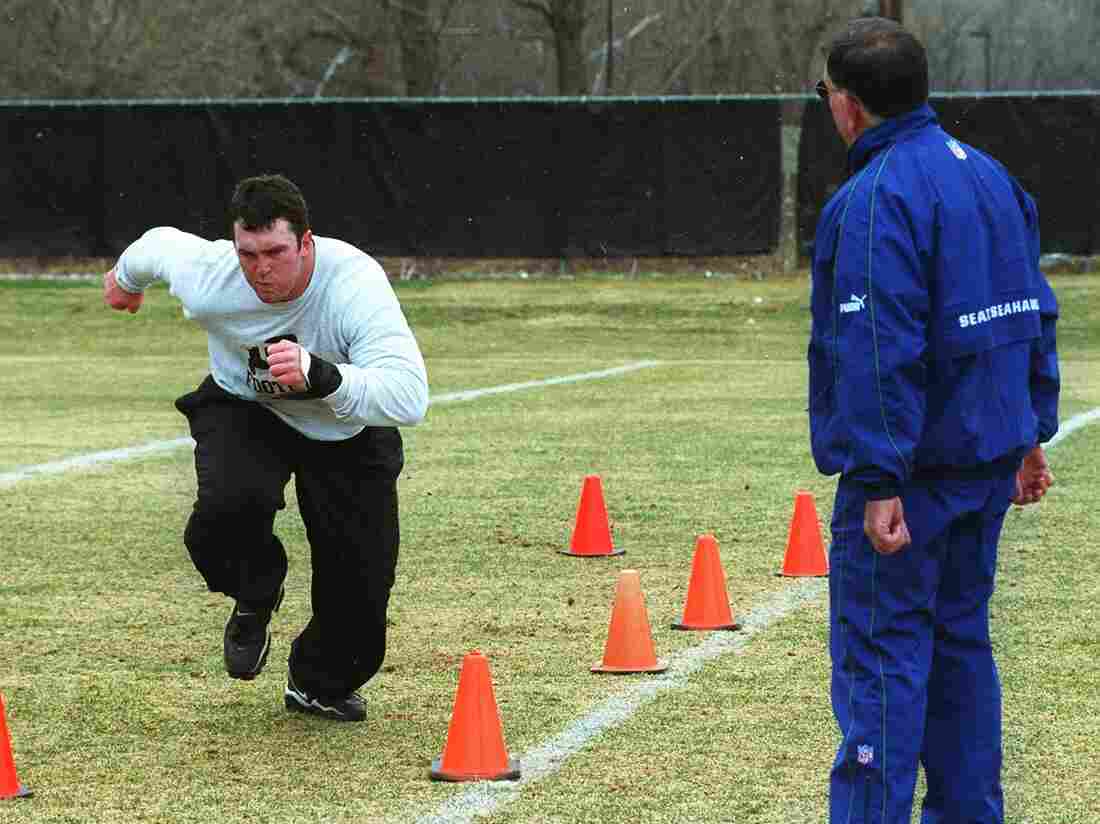 Ryan Johanningmeier, a Colorado football player, works out at Pro Scout day in 2000. He was profiled by the Denver Post recently, and that story is highlighted in this week's #NPRreads. John Epperson/Denver Post via Getty Images hide caption 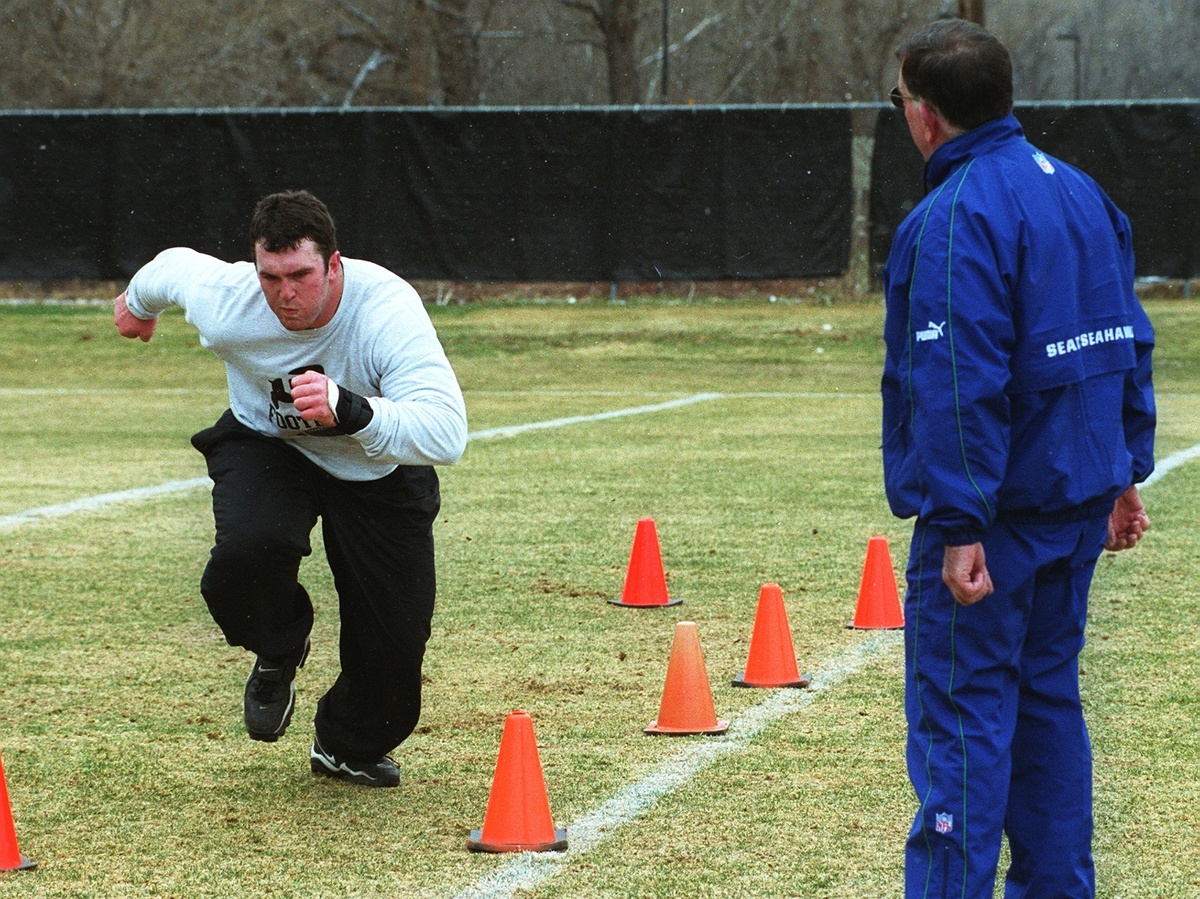 Ryan Johanningmeier, a Colorado football player, works out at Pro Scout day in 2000. He was profiled by the Denver Post recently, and that story is highlighted in this week's #NPRreads.

Great piece of writing discovered during my trip to Denver https://t.co/8kcFHLiV1z #NPRreads

I was home in Denver when I saw this big feature story in The Denver Post. There have been so many stories about football players and concussions recently, but this one drew me in because it was not about concussions — but was instead about the other long-term effects of that kind of physical sport.

Ryan Johanningmeier, the player profiled, had multiple problems with his back, and had struggled with injuries his whole career. He ended up having to take huge amounts of painkillers and ultimately died of an opioid overdose.

He had played football at the University of Colorado, where football is a huge deal. His father and grandfather had both played football, and he told his mother, even after all the physical troubles, that if he had to do it over again — he would.

This was a beautifully written and poignant story of one family's struggles with the physical toll of football. And it reminds me that there's great writing all over the country, in places that we don't always look to for #NPRreads.

Thanks, @williamfleitch, for depressing us once more before the end of the year. #NPRreads | Nobody Cares If You Lie https://t.co/QYKy0Vehrp

There's a few reasons this column is worth your time, and it's mainly not the non-football football previews. I'm a regular reader of the Jamboroo, but I like when Will Leitch fills in once a year. He's an insightful writer who weaves nuance and opinion seamlessly.

There's four entries here, but they are all part of the same idea. The second is the section on whether or not we care if people lie:

"Now, I do not think it is news when a politician lies; it's not news when anyone does it, because everybody does it, all the time.

"But I am not used to people not caring."

The third: Just how do we react when what we hear is everybody, all the time? We generally curate to only serve our beliefs.

"It makes you wonder what the point of saying anything is. If no one is listening, if the nature of communication is just give but never to receive, if the camera is always pointing selfie, why wade into anything? Maybe you're right, maybe you're wrong, none of that matters, not really. You can have every fact at your disposal and still be wrong if enough people believe you are wrong."

Tamir Rice, Laquan McDonald, Michael Brown, John Crawford III, Eric Garner. They are part of my scroll of Africans Americans who have been killed by police officers in recent years. Their deaths have sent our country into sporadic convulsions of protests felt in places like New York City and Ferguson, Missouri and led to the formation of a new civil rights movement (Black Lives Matter).

'Blackness in the white imagination has nothing to do with black people.'

I revel in Rankine's ability to tell major truths in her short interview. As a creative writer, I understand the great power of one's imagination and I hope that we as a nation will be able to imagine our fellow countryman as full-fledge human beings.