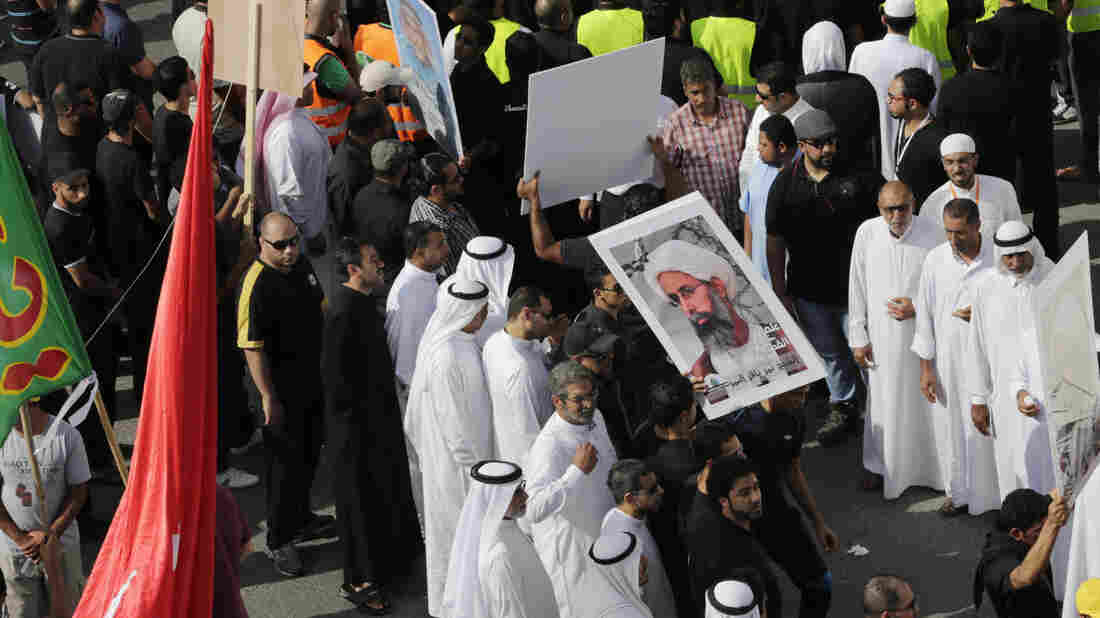 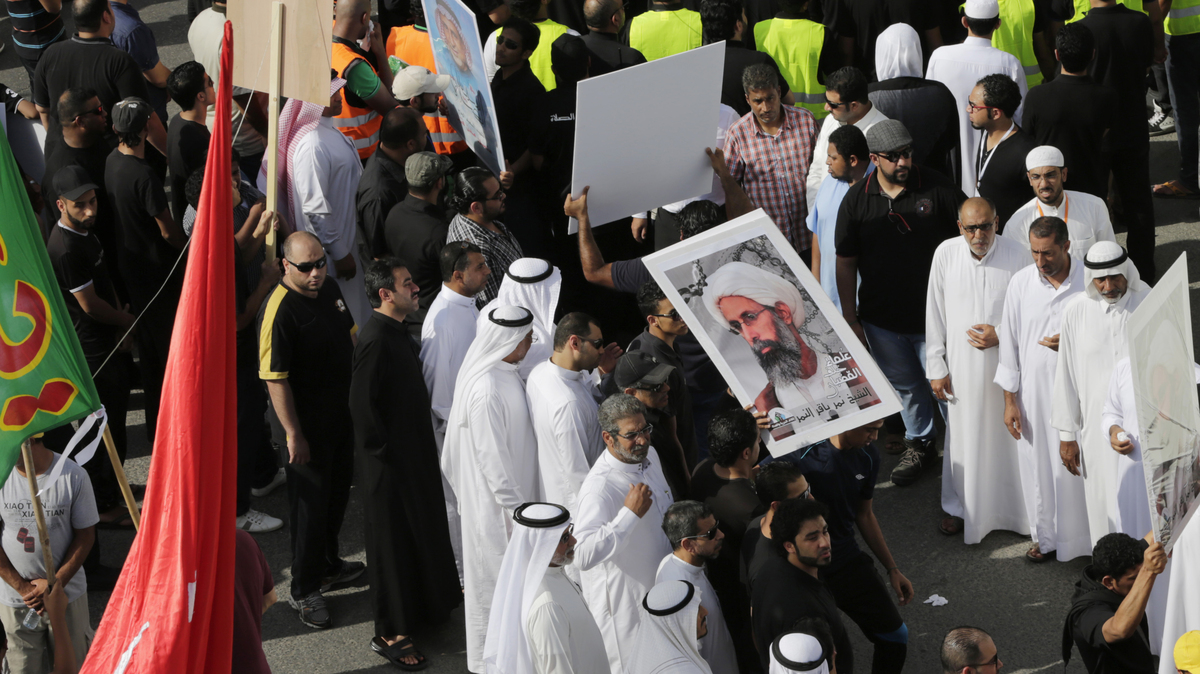 Saudis carry a poster in May demanding freedom for jailed Shiite cleric Sheikh Nimr al-Nimr. Nimr was executed on Saturday.

Nimr has been an outspoken advocate for Shiite rights in Saudi Arabia; he also supported opposition protests in the Shiite-majority Eastern Province, reports NPR's Leila Fadel.

"Amnesty International has said this case and the case of five other Shiite activists sentenced to death make it 'clear that the Saudi Arabian authorities are using the guise of counter-terrorism to settle political scores.' They called the trials unfair."

Members of Saudi Arabia's Shiite minority say they're treated as second-class citizens in the Sunni kingdom.

Iran, which supports Shiite fighters in Yemen who are clashing with a Saudi-backed force there, strongly condemned the executions.

According to state-run media, Iran's Foreign Ministry spokesman Hossein Jaberi Ansari says the execution of Nimr, "who had no tool but preaching his ideas to promote his political and religious objectives, proves nothing but the depth of irrationality and irresponsibility of the Saudi officials."

Ansari also said that Saudi Arabia will "pay dearly" for it actions, according to the Islamic Republic News Agency.

Reporting on the wider reactions to the executions, NPR's Peter Kenyon says:

"In Iraq, former prime minister Nouri al-Maliki says "the crime of executing Sheikh al-Nimr will topple the Saudi government," and a Shiite militia called on the Iraqi government to sever ties with Riyadh.

"In Lebanon, the Shiite Hezbollah calls the execution an assassination."

The executions took place at a dozen prisons, according to Reuters, which says that in most locations, the prisoners were beheaded. Their bodies were then displayed "in the most severe form of punishment available in the kingdom's Sharia Islamic law," the news agency says.