Accessibility links
Lyft, GM Teaming Up To Create Fleet Of Driverless Cars : The Two-Way As part of a new partnership, the two companies also announced that they're rolling out a service for the human drivers of today to rent vehicles, rather than use their own. 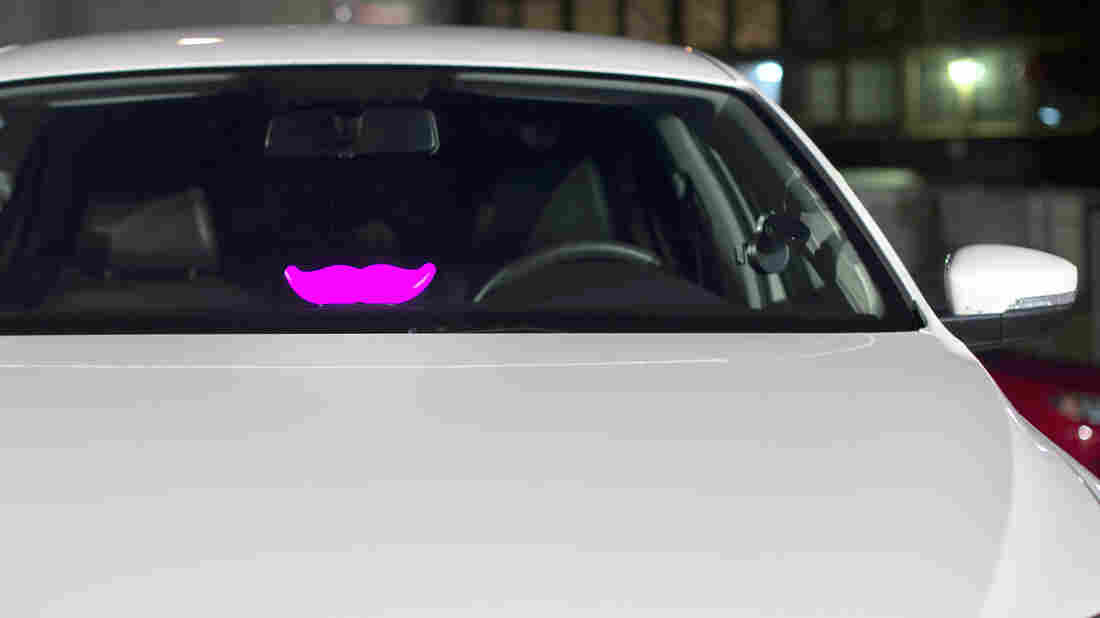 A Lyft "glowstache" rests on a dashboard of a car at the company's San Francisco headquarters. Noah Berger/AP hide caption 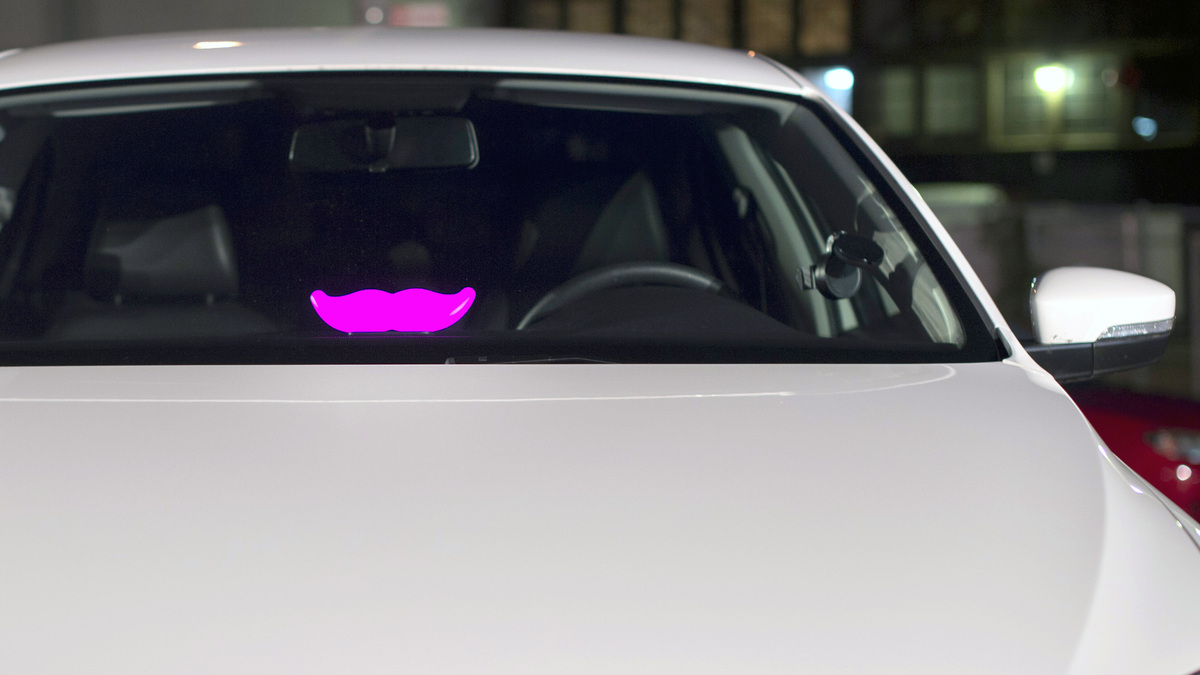 A Lyft "glowstache" rests on a dashboard of a car at the company's San Francisco headquarters.

If you hail a ride using the on-demand app Lyft, that car could one day be self-driving.

On Monday, Lyft announced a new partnership with General Motors, which is pumping half a billion dollars into the software startup and joining the board. One of the things they're doing is planning to build an autonomous fleet.

They haven't released a specific timeline on when, though in the future, when you call the on-demand car service, the vehicle likely won't have a human driver.

But it will have options, like Wi-Fi or TV. Lyft CEO John Zimmer explains: "Maybe you're with your family and you want to take a weekend trip. And you get a family Lyft, and you have the ability to watch a movie and relax, enjoy the time together with your family."

Lyft and GM also announced that starting immediately, they're rolling out a new service for the human Lyft drivers of today to rent vehicles, instead of use their own.

Monday's announcement is big for the young ride-booking industry, and the old car-owner business.

Lyft is the nation's second-most-popular ride-hailing app. Uber is the top, the household name. And the companies compete fiercely — for customers and for drivers.

Many drivers buy a car, just to work for an on-demand service. And many drivers lie to their insurance companies, claiming the car is for personal — not commercial — use.

Now Lyft is reducing the burden. "This rental hub is part of a theme that you've seen from Lyft," says Zimmer, "of doing things to improve the driver experience and to invest in drivers."

Last November, the company launched a feature called Express Pay, enabling drivers to get paid the same day instead of every two weeks.

GM is in the business of selling cars to people. The partnership with Lyft is a radical departure from that business model. In the short-term, GM will rent cars to drivers. In the long-term, GM will build a self-driving fleet in which cars are owned by a company — not bought by individual consumers.

GM President Dan Amman says the move to step away from the owner-driver model is not cannibalizing his business. It's growing in a new area: big cities, where people don't want to deal with the headache of owning and parking cars. They want on-demand access.

The average American household spends more than $8,500 every year to own and operate a vehicle, according to a AAA report, and often, say for commuting purposes, those cars are being used by just one person.

"We're growing in places where we've been less strong historically, and putting ourselves right at the forefront of this change. Our view is the change is going to happen," he says. "We want to be driving it and leading it."

Although, when it comes to autonomous cars, Lyft and GM are not alone. Google and Ford will create a joint venture to build self-driving vehicles, according Yahoo Autos. Uber CEO Travis Kalanick says his company plans to have a self-driving fleet by 2030.