Accessibility links
If You Like Cheap Gasoline, January May Be Your Lucky Month : The Two-Way Prices already are averaging less than $2 a gallon nationwide, and a new report shows gasoline inventories are surging. Experts say that sets the stage for more price drops in coming days. 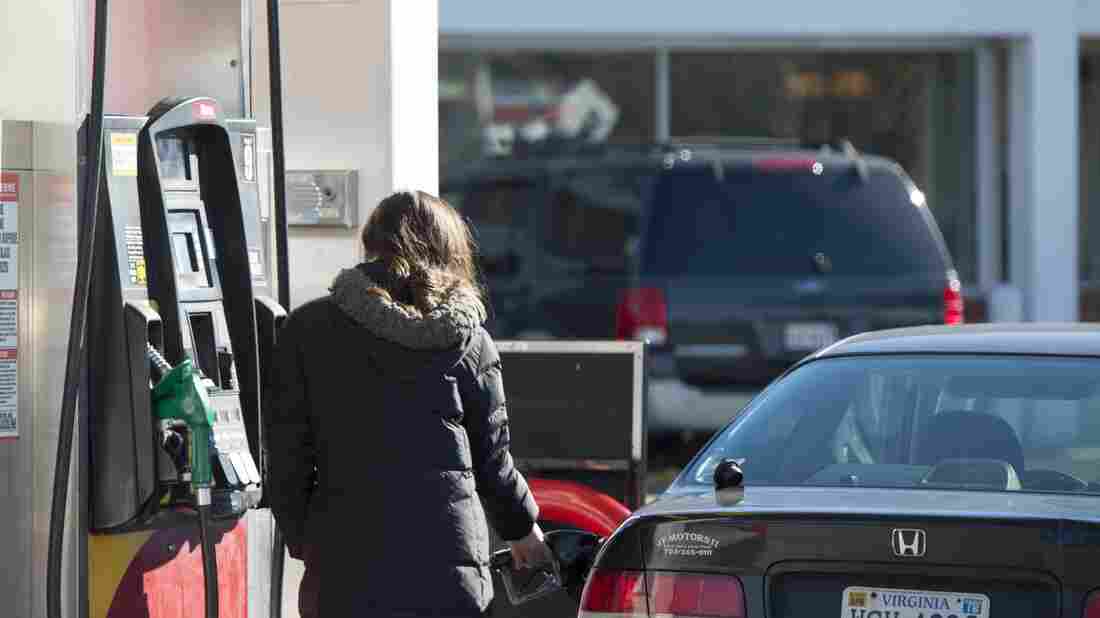 A woman fills her car with gas in Woodbridge, Va., on Tuesday. Supplies of crude oil and refined gasoline have driven prices at the pump down, and they're expected to go even lower. Saul Loeb/AFP/Getty Images hide caption 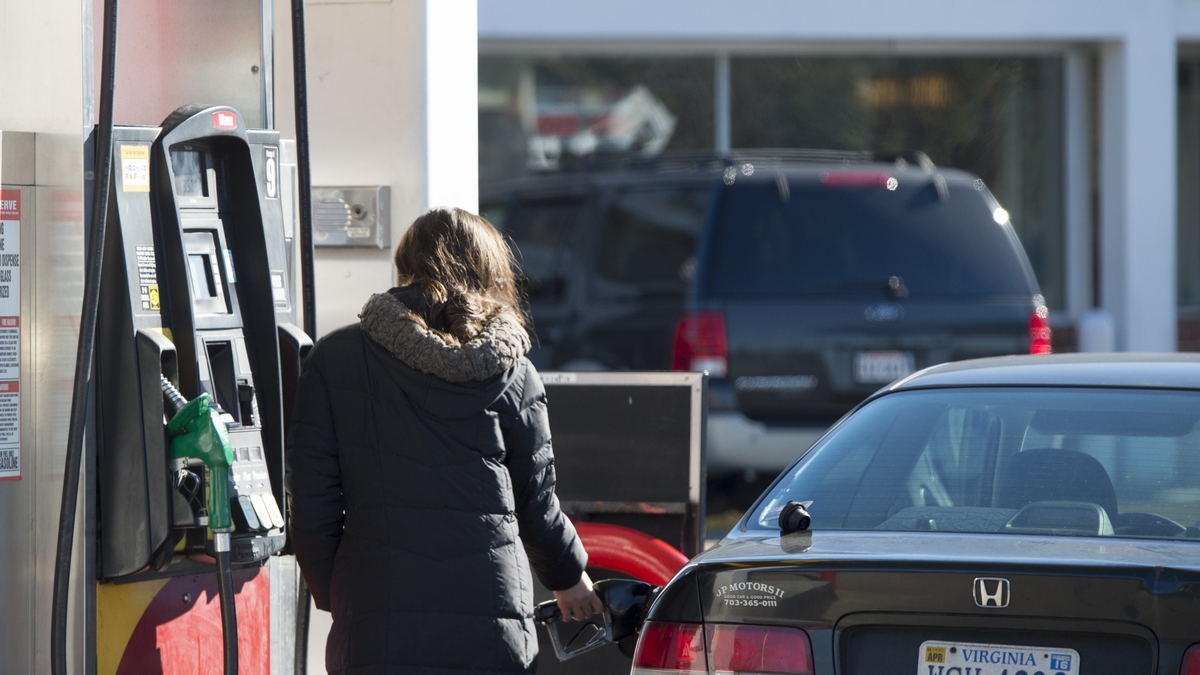 A woman fills her car with gas in Woodbridge, Va., on Tuesday. Supplies of crude oil and refined gasoline have driven prices at the pump down, and they're expected to go even lower.

Then you're in luck. Experts say gas prices very likely will keep falling. That's because a report released Wednesday showed a sharp increase in gasoline inventories.

The U.S. Energy Information Administration said that last week, companies added another 10.6 million barrels of gasoline, creating the biggest surge in supply since 1993. That added to fears that supplies will far outstrip demand for a long time.

Such concerns helped send global oil prices to their lowest levels in years, with U.S. crude oil futures falling nearly 6 percent, to $33.95 a barrel. That was the worst settle since the darkest days of the Great Recession.

After the recession ended, oil prices recovered as global demand perked up. As recently as June 2014, oil was selling for about $115 a barrel.

But since then, U.S. producers have been flooding the market with shale oil. And that in turn has prompted Saudi Arabia to pump even more to hold on to market share. Other OPEC members are doing the same.

Meanwhile, China's growth has cooled. Other countries have weakened, too, so there are fewer buyers for oil. And in 2016, Iran likely will add more oil to global markets as economic sanctions against it are lifted. So all of that adds up to less demand amid rising supplies.

So just how low can prices go for oil and gasoline?

"I don't think we have seen the bottom yet," said Fadel Gheit, an oil expert at Oppenheimer & Co.

The latest report from AAA, the auto club, shows the national average for a gallon of gasoline is $1.99. But some experts are speculating that this winter, the national average could fall as low as $1.75. Already, a few stations in Missouri are selling gas for around $1.50, according to the GasBuddy website.

Gheit said that after producers cut back on supplies, the price of oil probably will return to a more sustainable level of $60 to $75 a barrel.