These Photos Inspired The Creation Of That Occupied Oregon Refuge

These Photos Inspired The Creation Of That Occupied Oregon Refuge 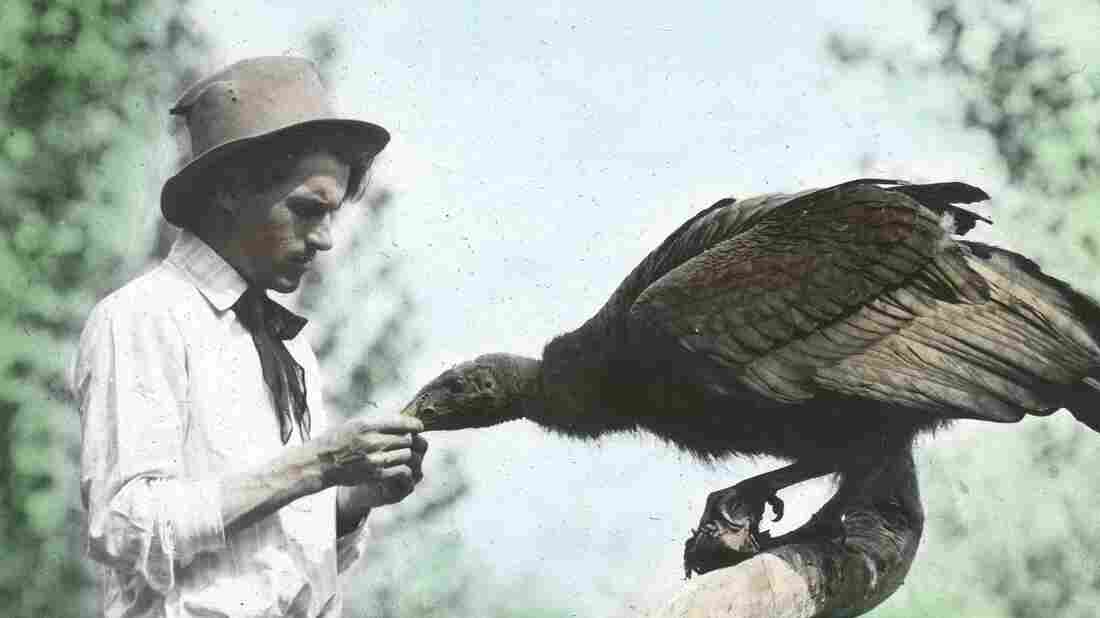 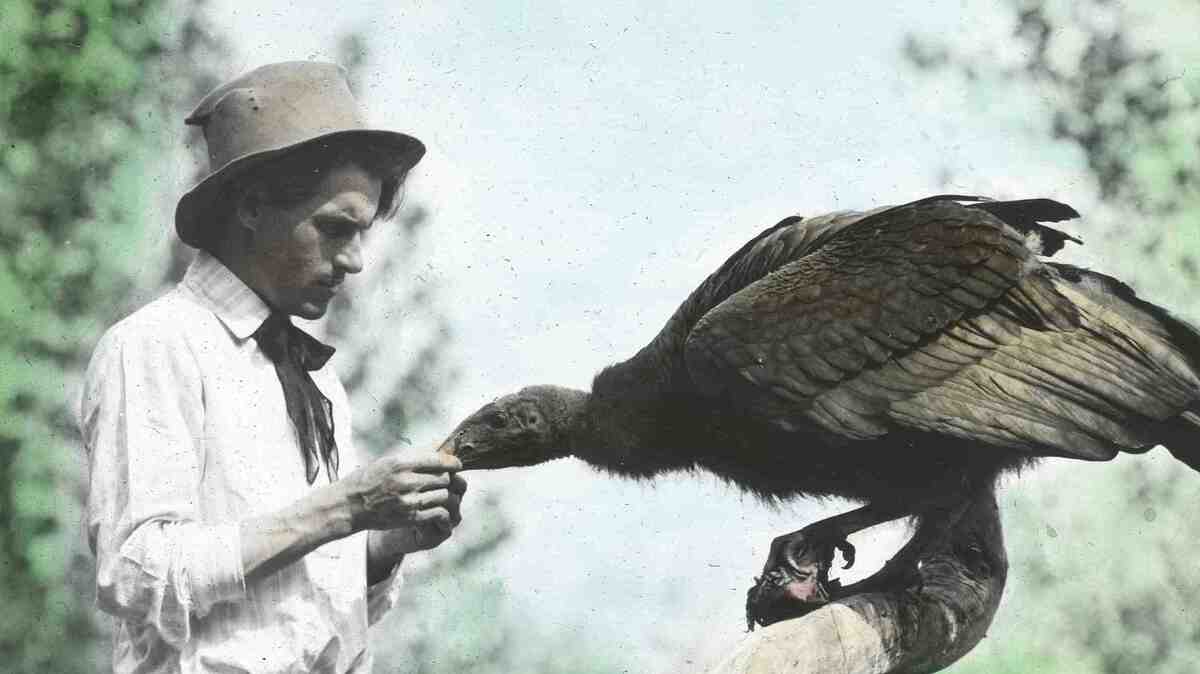 The armed militants occupying Malheur National Wildlife Refuge in Eastern Oregon come from as far away as Texas and Montana. But they are hardly the refuge's first out-of-state visitors.

Malheur Lake is a regional hub for hundreds of thousands of migrating waterfowl. By some measures, it boasts the greatest diversity of bird species in the entire state.

A century ago, that diversity attracted the attention of naturalist William Finley. He visited the lake in 1908 with his childhood friend and photography partner, Herman Bohlman. 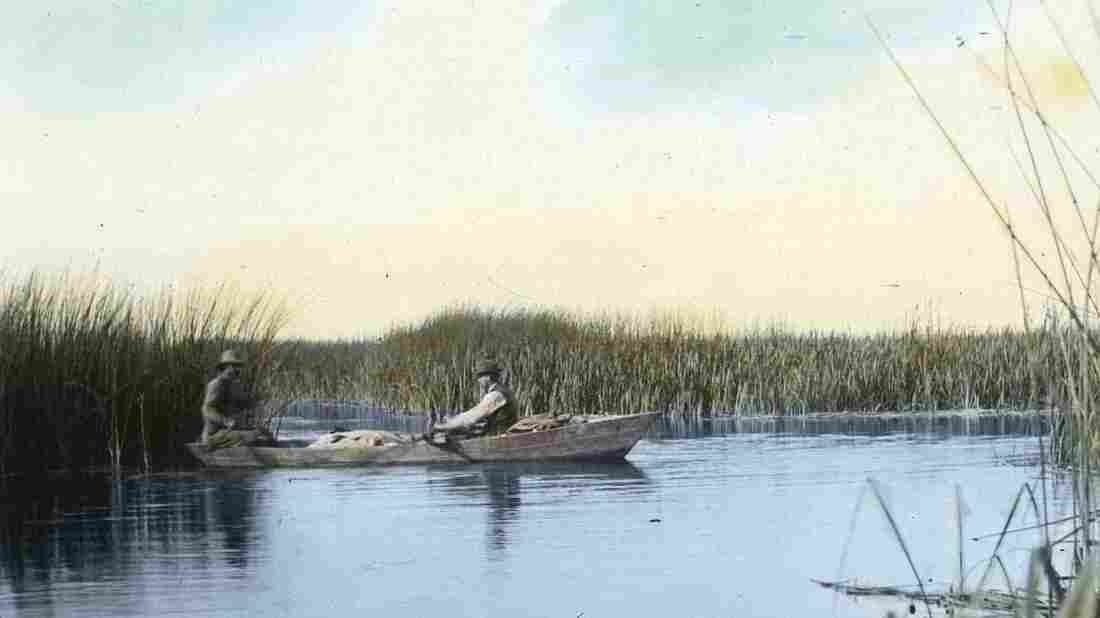 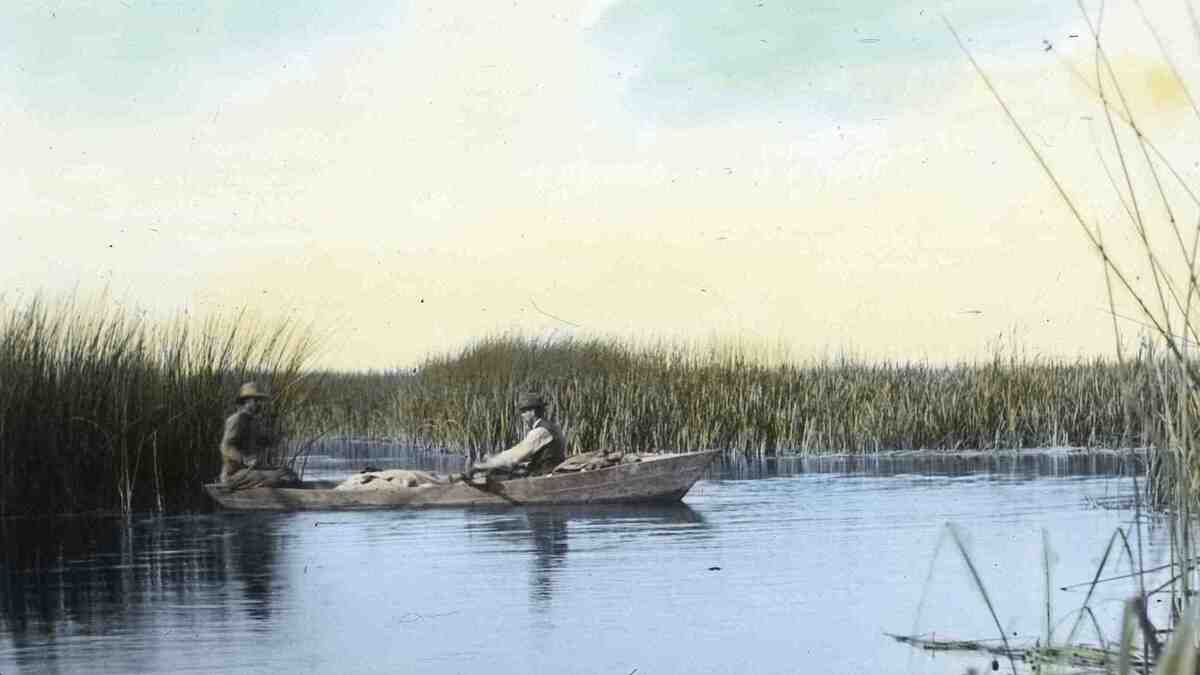 In an article in The Atlantic Monthly, Finley recalled: "Here we were standing on the high head-land looking out over the land of our quest. Here spread at our feet was a domain for wild fowl unsurpassed in the United States."

Finley was so ecstatic that he fell out of his boat. 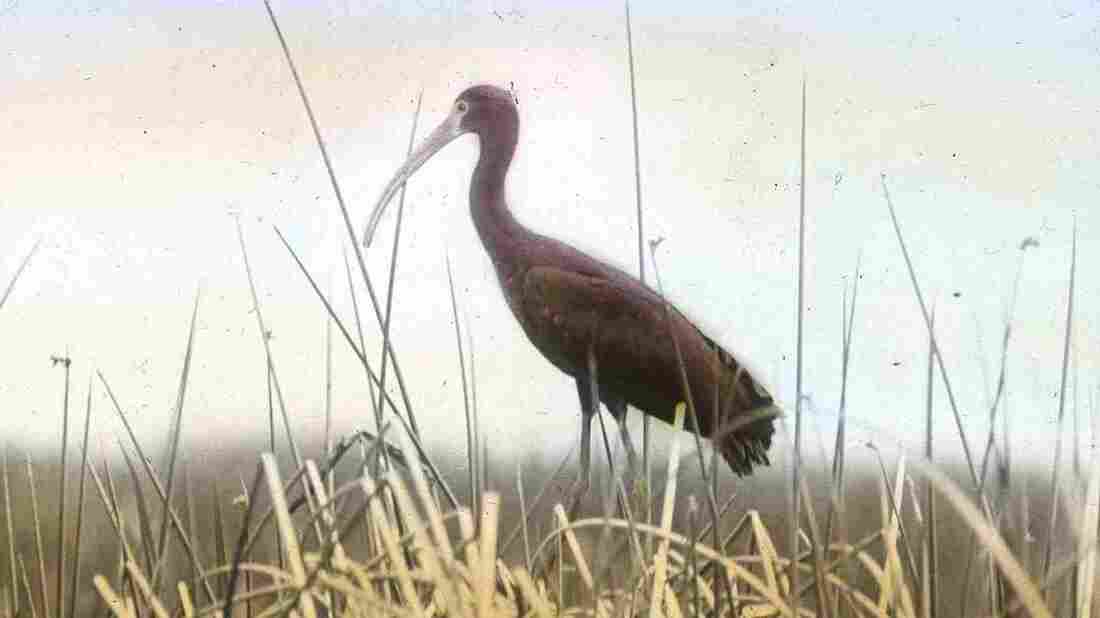 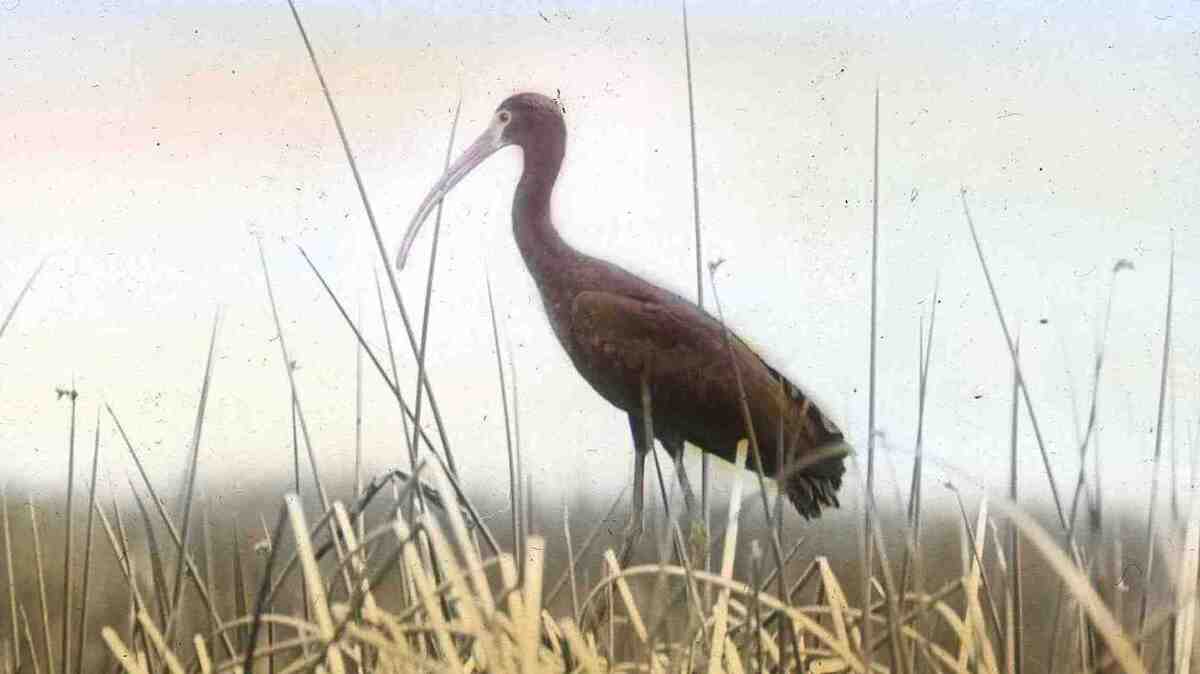 Bohlman and Finley/Audubon Society of Portland
Enlarge this image 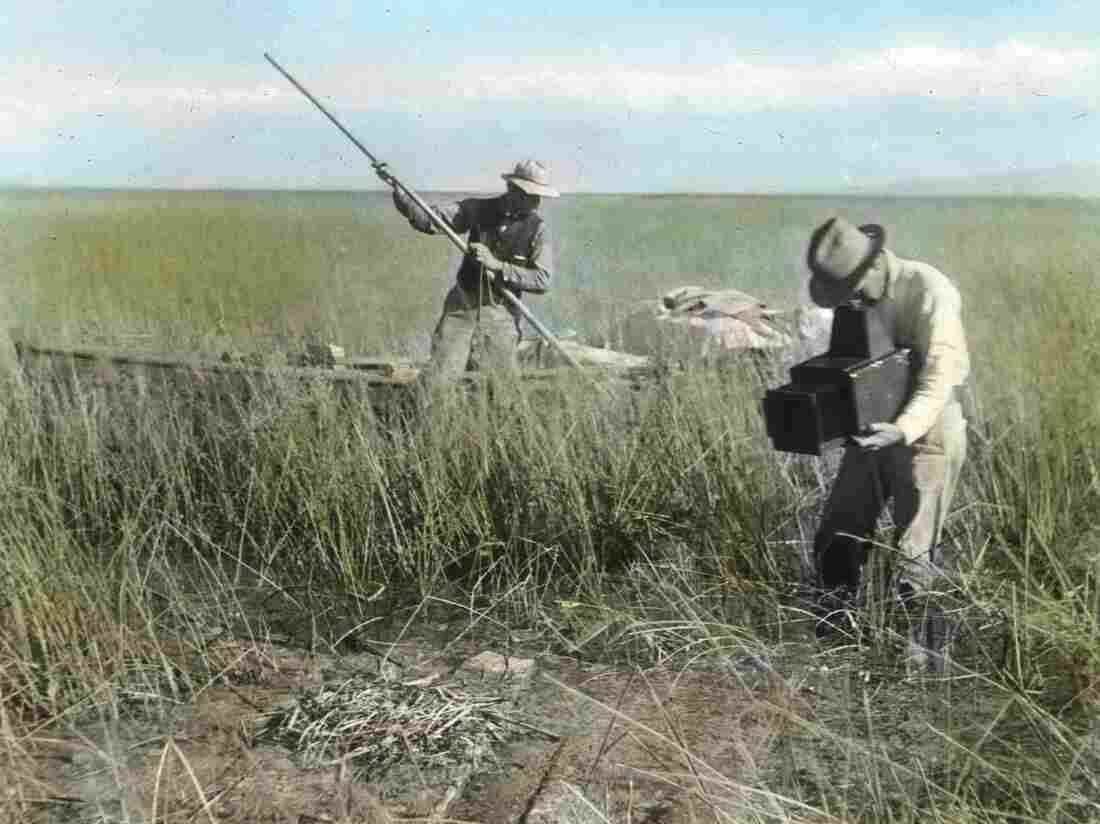 Finley photographs a nest as Bohlman maneuvers their boat through the shallows of Lake Malheur. Audubon Society of Portland hide caption 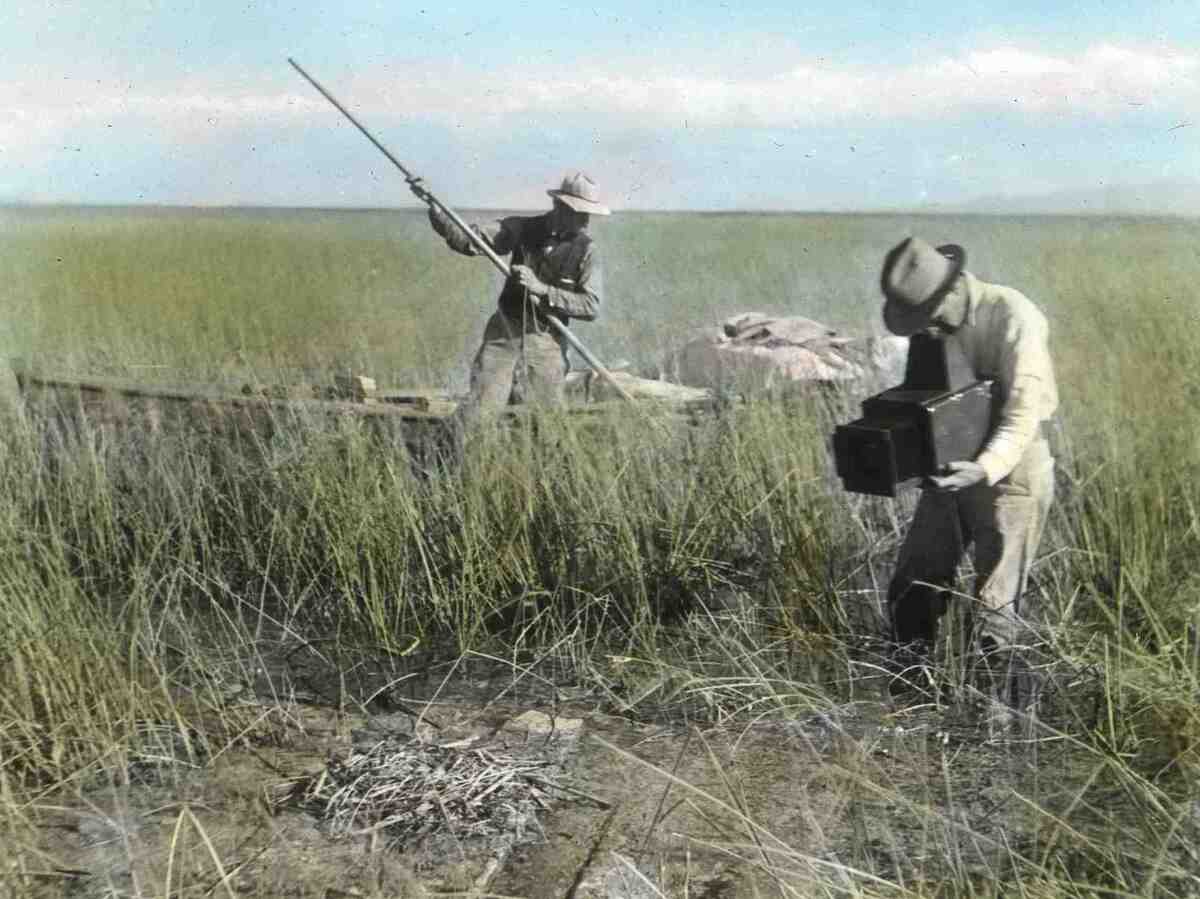 Finley photographs a nest as Bohlman maneuvers their boat through the shallows of Lake Malheur.

The pair spent their days photographing birds. But Finley was disturbed by the notable absence of great egrets (then called white herons).

"I am satisfied that of the thousands of white herons formerly nesting on Malheur," he reported, "not a single pair of birds is left." 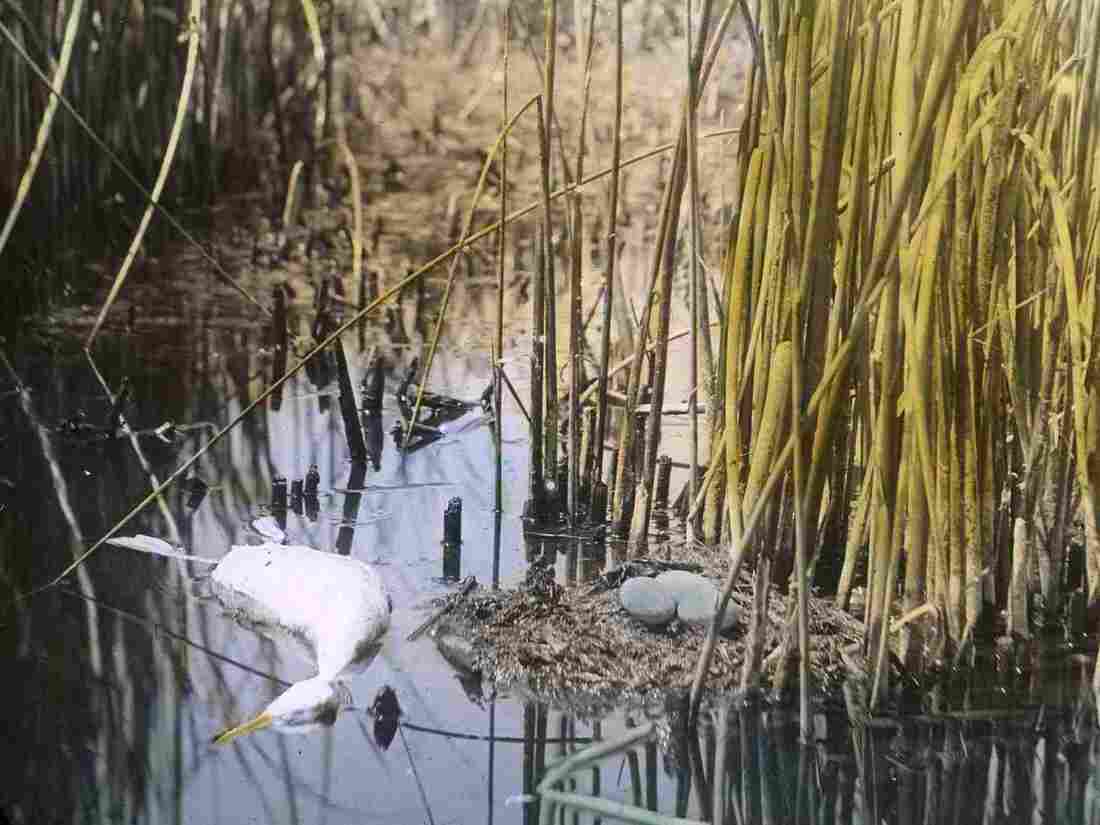 Finley estimated that several thousand birds had been killed so their feathers could be used to decorate hats. Audubon Society of Portland hide caption 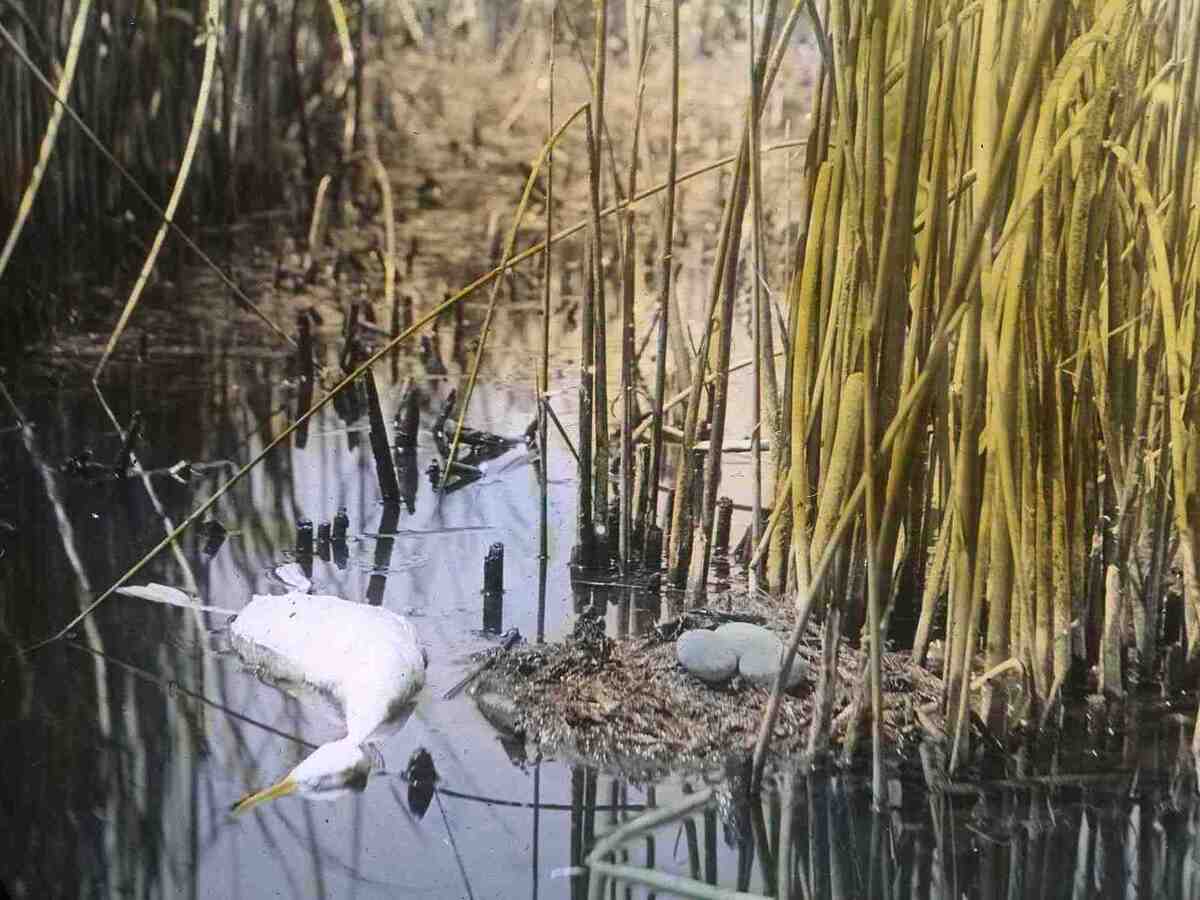 Finley estimated that several thousand birds had been killed so their feathers could be used to decorate hats.

Plumed hats were all the rage at the turn of the century, and the birds had been killed for their feathers.

When Finley returned to his home in Portland, he shared his photos (some colored by hand) with Theodore Roosevelt. He urged the president to protect the area. That same year, Roosevelt created the Lake Malheur Reservation "as a preserve and breeding ground for native birds." 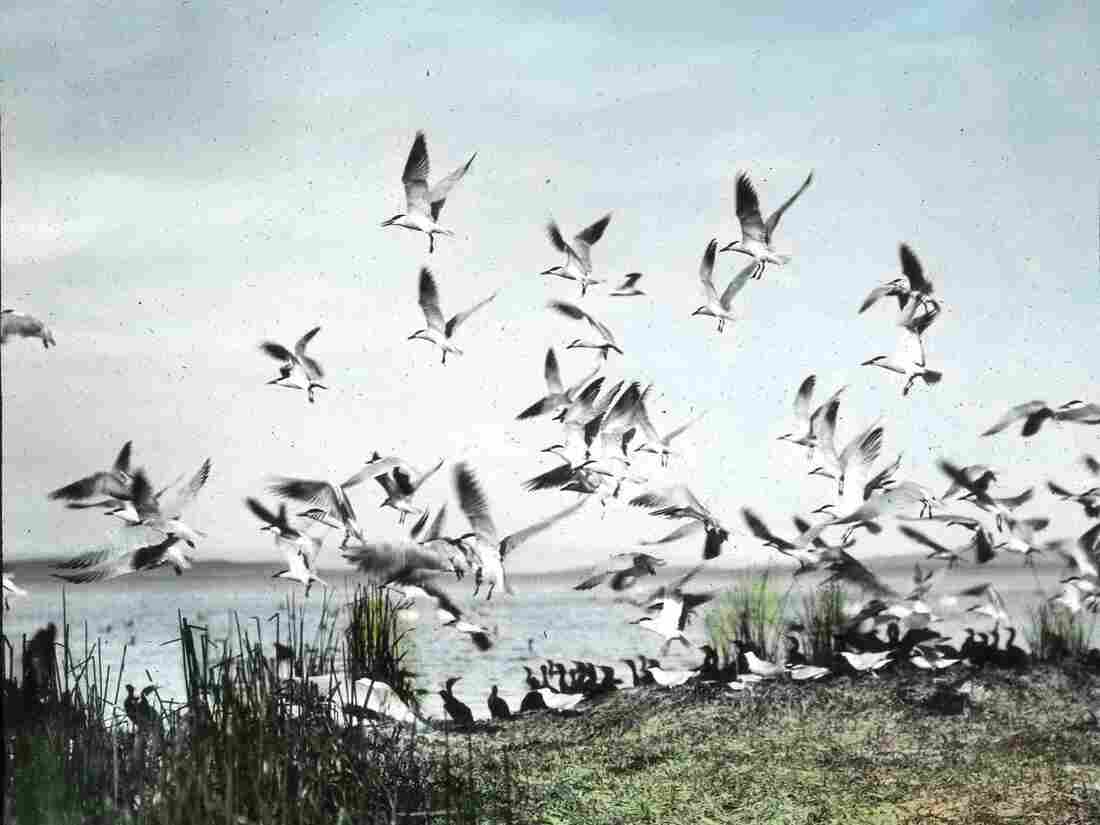 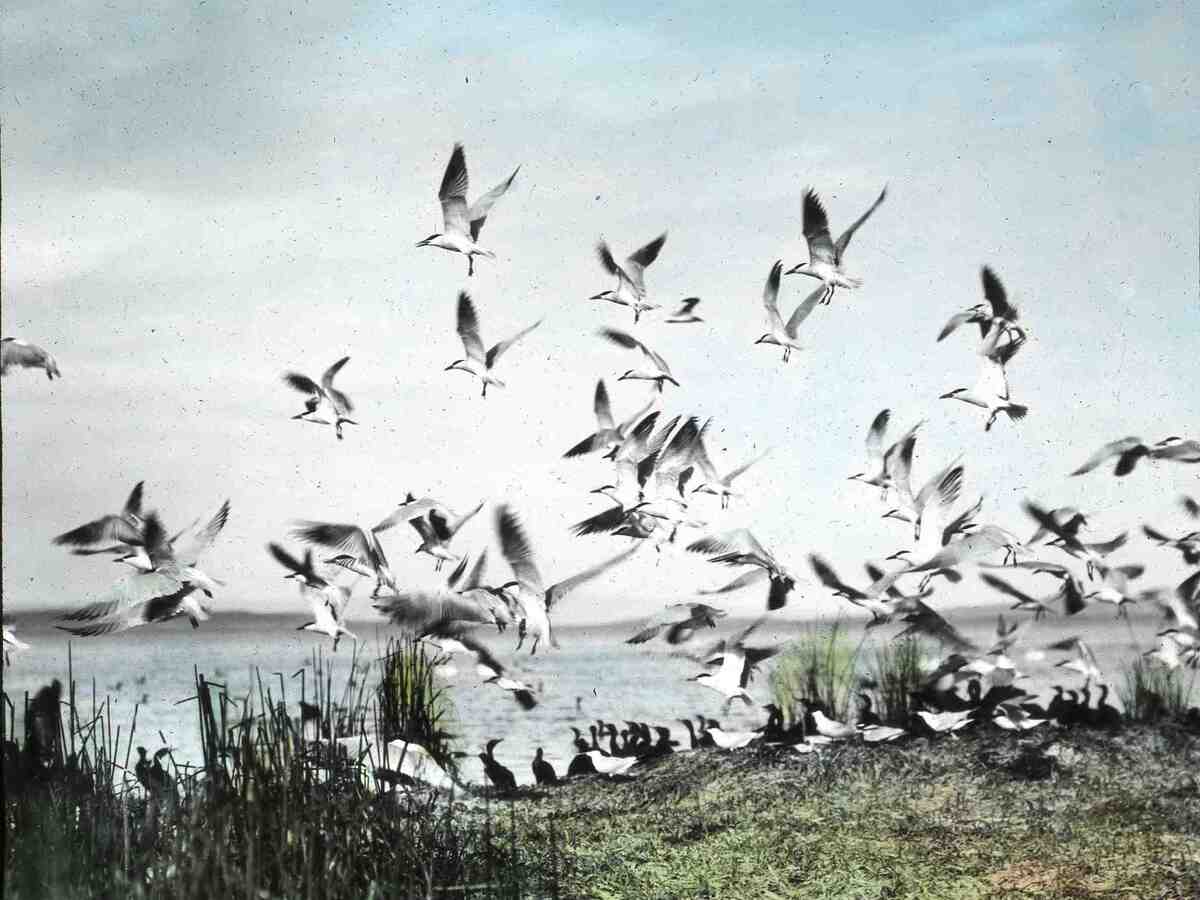 A flock of Caspian terns takes flight in this hand-colored 1908 photo.

The land that Roosevelt set aside for the refuge was officially unclaimed federal land. But ranchers who had used that land for decades felt they had rights to it as well, setting the stage for a century-long battle.

Proof that we've come a long way. Here's a 1920 ad campaign that didn't want to save Malheur Lake. pic.twitter.com/I6kYMg9D7X

This ad ran way back in 1920 during a campaign to drain Malheur Lake and sell the land to farmers. That campaign failed. Fifteen years later, Franklin Roosevelt added an additional 65,000 acres to the refuge.