Accessibility links
Hellfire Missile Wrongly Sent To Cuba Was Inert, U.S. Official Says : The Two-Way The missile arrived in Cuba in 2014; since then, U.S. requests for its return have gone unheeded. 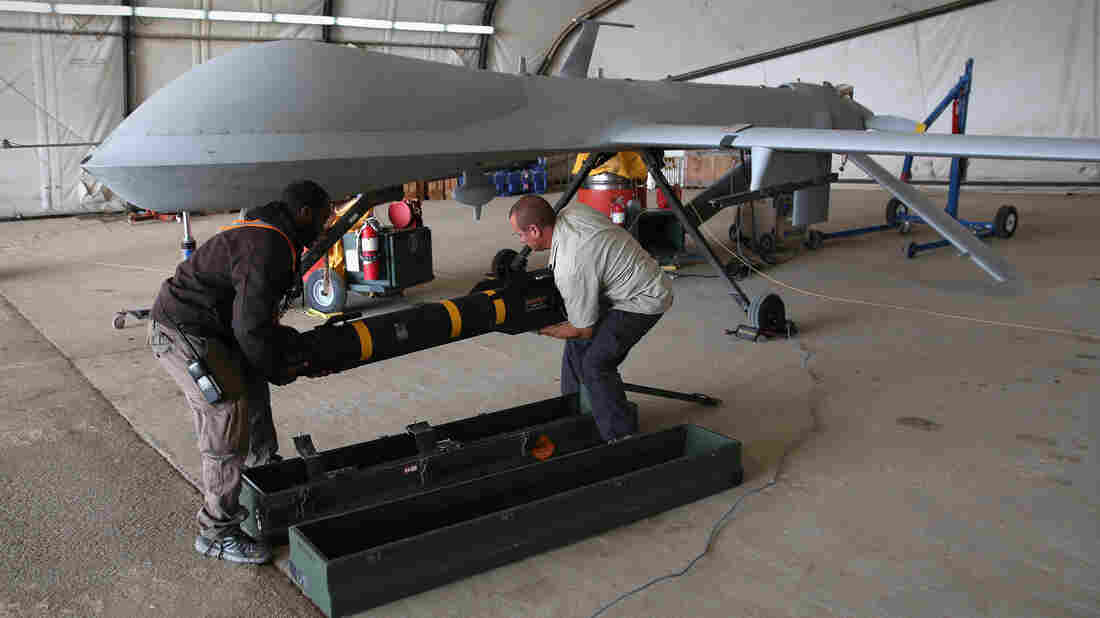 A Hellfire missile like this one being loaded onto a U.S. Air Force Predator drone went missing in 2014 — and turned up in Cuba. The U.S. says it lacks key internal components. John Moore/Getty Images hide caption 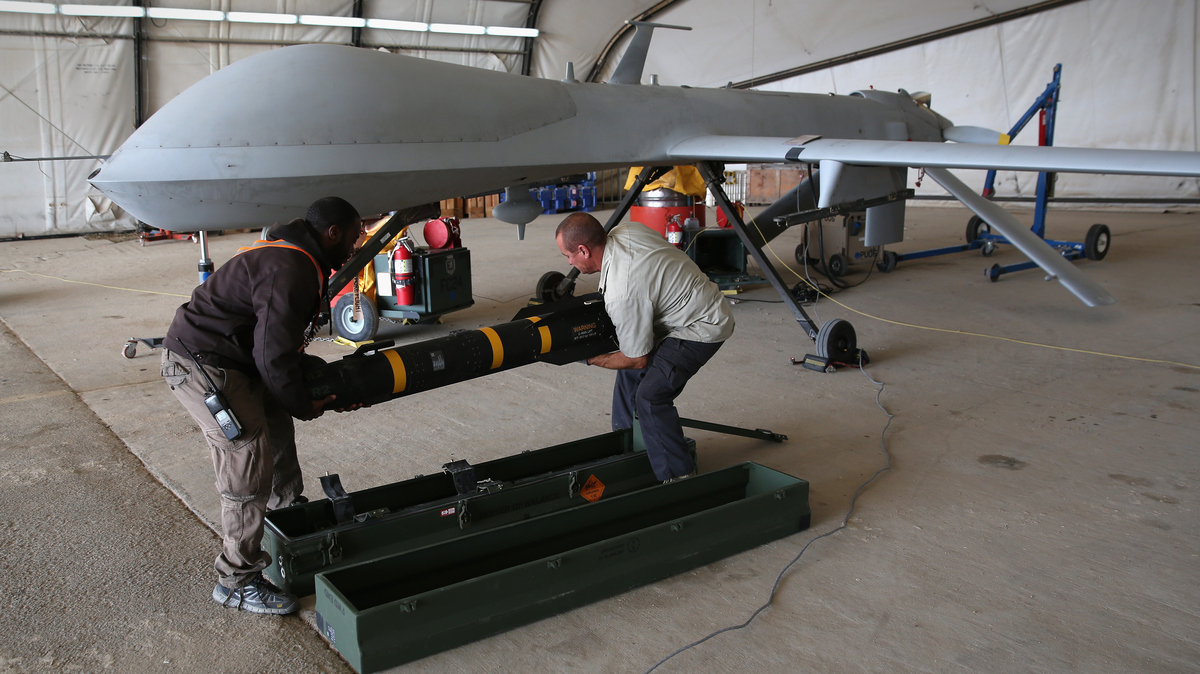 A Hellfire missile like this one being loaded onto a U.S. Air Force Predator drone went missing in 2014 — and turned up in Cuba. The U.S. says it lacks key internal components.

After news emerged that a commonly used American missile wound up in Cuba following a training exercise in Europe, a U.S. official said the Hellfire missile is inert, lacking key components. The missile arrived in Cuba in 2014; since then, U.S. requests for its return have gone unheeded.

It's still a mystery as to how the missile reached Cuba, reports The Wall Street Journal, saying the incident has "confounded investigators and experts who work in a regulatory system designed to prevent precisely such equipment from falling into the wrong hands."

A U.S. government official familiar with the situation calls it a "dummy" missile that lacks a warhead or guidance system, NPR's Michele Kelemen reports. Michele tells our Newscast unit:

"Lockheed Martin sent it to Europe for a NATO training exercise — and on its return, it ended up on a plane to Havana, where it was impounded.

"Since The Wall Street Journal first reported the story, Obama administration officials seem to be downplaying the incident. U.S. officials have talked with Cuba, though, trying to help Lockheed Martin get the dummy Hellfire missile back.

"A State Department spokesman says by law he can't say much about defense trade licensing and compliance, adding that U.S. companies are responsible for documenting all shipping logistics and reporting any deviations."

According to the Journal, investigators have been trying to determine whether the incident was simply a boneheaded mistake or may be part of a criminal or clandestine plot.

Originally designed to be launched from helicopters, Hellfire missiles have also been used to arm drone aircraft in recent years — one was credited with killing "Jihadi John" in a U.S. operation last November.

Since it was first developed in the 1970s, the Hellfire system has served as the basis for a string of variations, with a range of guidance systems and warheads.

Republican presidential candidate and U.S. Sen. Marco Rubio of Florida wrote to the State Department on Friday to say it "apparently tried to withhold this information" (about the shipment of the missile) from Congress and the public. He called that "disgraceful."

In a letter, Rubio tells Asst. Sec. Roberta Jackson that "the fact that members of Congress are reading about Cuba's possession of a U.S. missile in the newspaper rather than from you or other State Department officials is astounding and inexcusable."

"I am restricted under federal law and regulations from commenting on specific defense trade licensing cases and compliance matters. What I can say is that under the Arms Export Control Act the State Department licenses both permanent and temporary exports by U.S. companies of regulated defense articles. U.S. companies are responsible for documenting their proposed shipping logistics in the application of their export license as well as reporting any shipping deviations to the department as appropriate."

Editor's note at 4:30 p.m. ET: The reference to a source who calls it a "dummy" missile has been edited to make clear that official is familiar with what happened.