Accessibility links
Those Men In Oregon: Troublemakers, Terrorists Or Something Else? : The Two-Way Fans and foes want the news media to label the armed individuals who are occupying part of a national wildlife refuge. NPR is trying to describe, rather than characterize. Here's our thinking. 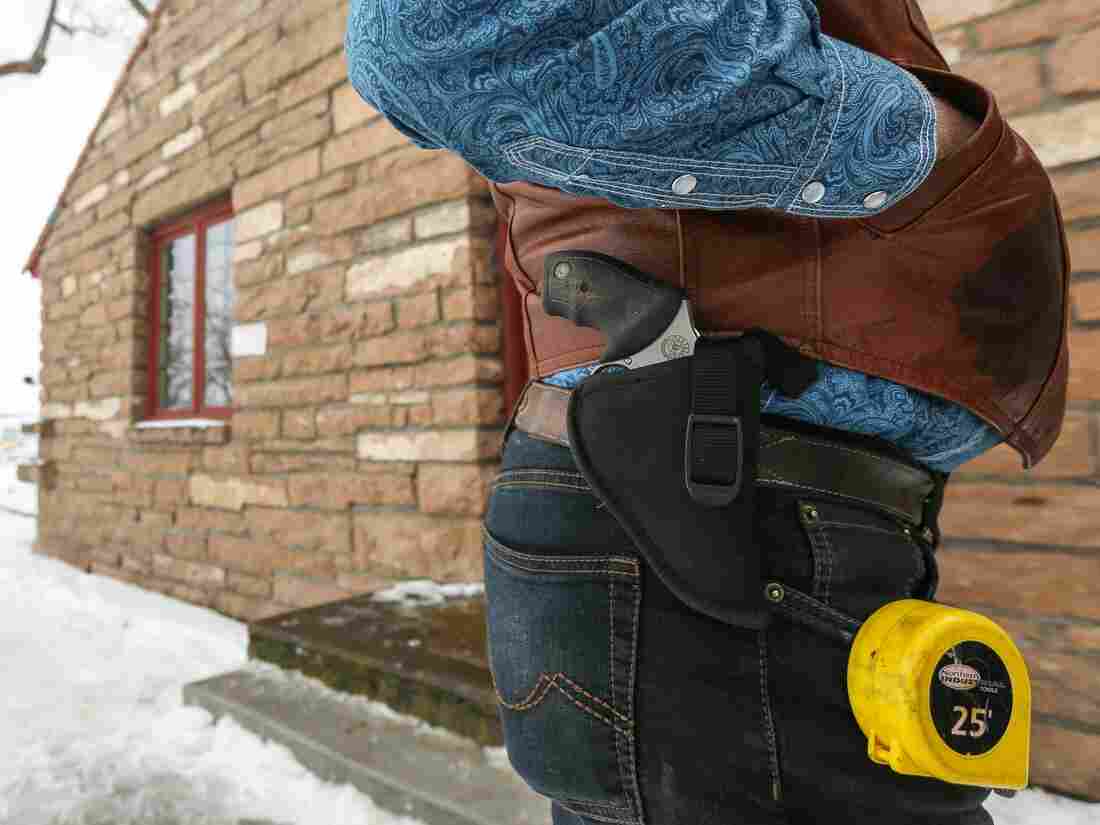 The armed individuals occupying part of the Malheur National Wildlife Refuge in Oregon include Ryan Bundy. On Thursday, he had a gun and a tape measure on his side. Bundy is the son of Cliven Bundy, whose 2014 armed standoff with the federal Bureau of Land Management in in Nevada drew national attention. Anadolu Agency/Getty Images hide caption 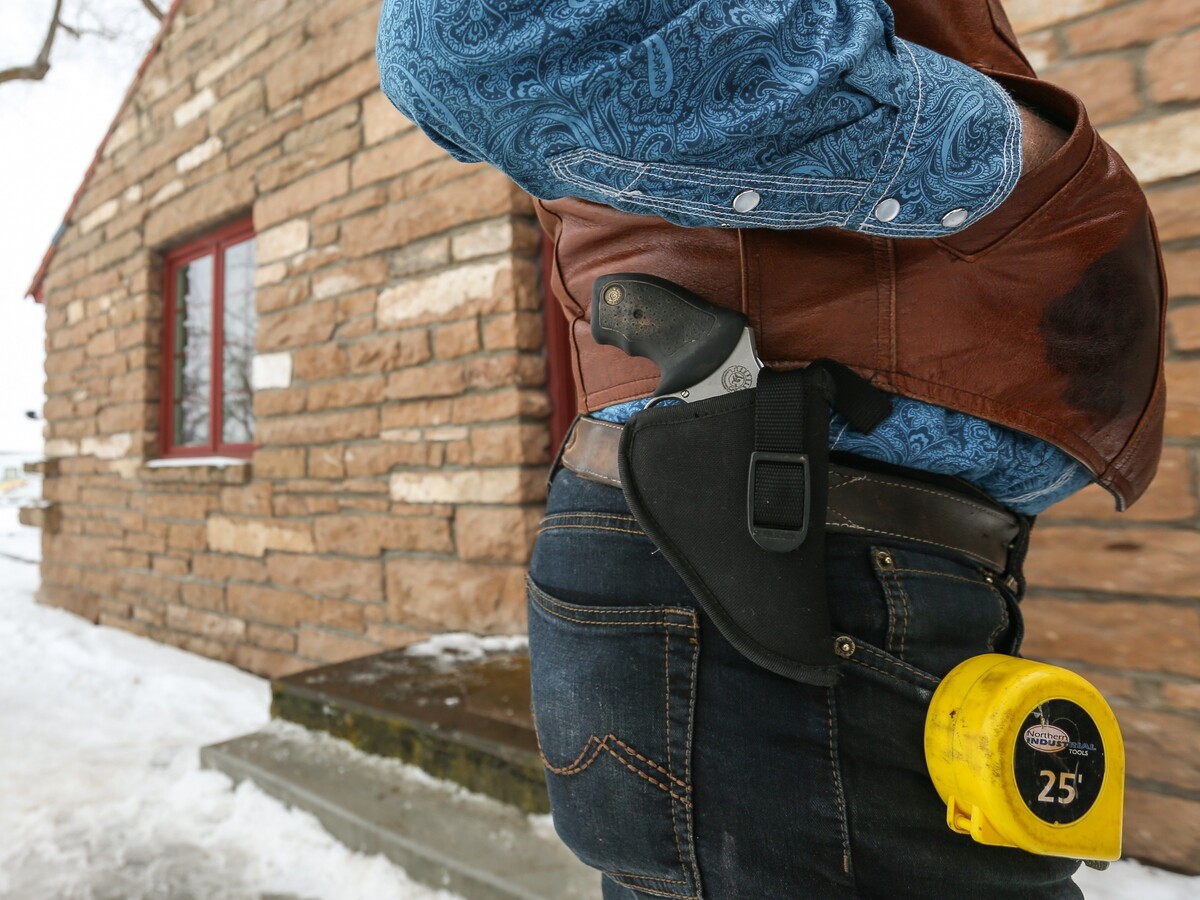 The armed individuals occupying part of the Malheur National Wildlife Refuge in Oregon include Ryan Bundy. On Thursday, he had a gun and a tape measure on his side. Bundy is the son of Cliven Bundy, whose 2014 armed standoff with the federal Bureau of Land Management in in Nevada drew national attention.

In the week since a group of armed individuals took over buildings on the Malheur National Wildlife Refuge in southeast Oregon, there's been a debate on social media and op-ed pages about what to call them.

They refer to themselves as a militia. They say they want states, not the federal government, to manage lands such as the Malheur refuge. They were among a larger group that showed up in Burns, Ore., to protest the convictions and jailing of an Oregon father and son who set brush-clearing fires that spread on to federal land. Following the peaceful protest, the smaller group with guns broke off and moved into unoccupied buildings on the refuge.

But are they "protesters?" "Patriots?" "Criminals?" "Terrorists?" "Troublemakers?" Or are there other, better, ways to report about who they are and what they're doing?

The language guidance NPR journalists are following is posted here. The highlights and our reasoning:

-- The words "militia" and "militiamen" should not be used on their own. A "militia" is organized to "resemble an army" (Webster's New World College Dictionary, Fifth Edition). At most, this group may be called a "self-described" or "self-styled" militia. It doesn't "resemble an army."

-- "Militants" is a stronger, more accurate word than "protesters." A militant is "ready and willing to fight," according to Webster's. These armed individuals say they are. The dictionary also says a militant is "vigorous or aggressive in supporting or promoting a cause." NPR has also referred to the men as "anti-federalists" to reflect their political views.

-- At least through the first week, this hasn't been a "standoff." A standoff requires two participants. Right now, one group is occupying some lands and buildings while the other (the government) is holding back. There's an "occupation" and it may become a "standoff," but it's not there yet.

As for the word "terrorists," NPR journalists have not used it to describe the individuals in Oregon. Some writers, such as The Washington Post's Janell Ross, speculate that if the occupiers in Oregon were black or Muslim instead of white, "terrorists" is a word that would be heard.

But "terrorism," as Webster's defines it, is "the use of force or threats to demoralize, intimidate and subjugate; esp. such use as a political weapon or policy." The individuals in Oregon have pleased some people with their actions and angered others. So far the words "demoralize, intimidate and subjugate" don't fit the circumstances. No one has been hurt. No shots have been fired.

At NPR, journalists weigh carefully when to use such words. As the news was coming in last year, for example, about the attack on the offices of the French satirical magazine Charlie Hebdo, there was a rush by some on social media and at news outlets to label it an act of terrorism and to call the gunmen "terrorists." It seems obvious in hindsight that those words applied, but NPR's approach was to wait for the facts to come in.

Running throughout discussions in the newsroom about whether one word or another should be used is this thought: It's often best just to avoid labels such as "protesters," "patriots" or "terrorists." Instead, journalists at NPR and other news outlets often lean on "action words" that describe what a person or group has done without putting them into one category or another. In time, it will become clear whether any labels apply.