Accessibility links
'El Chapo' Talked With Sean Penn, In Clandestine Jungle Interview : The Two-Way In a piece published Saturday night by Rolling Stone, the actor revealed he sat with Joaquin Guzmán for an interview in October, when the drug kingpin was still being hunted by Mexican authorities. 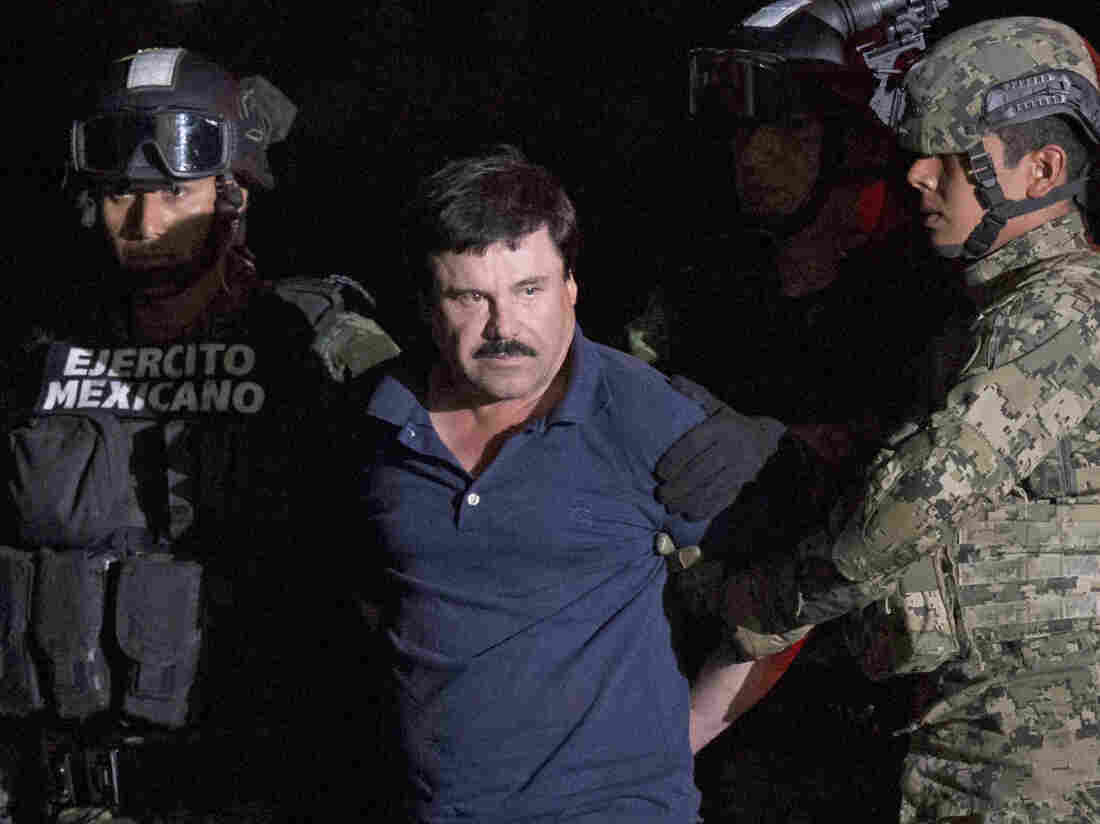 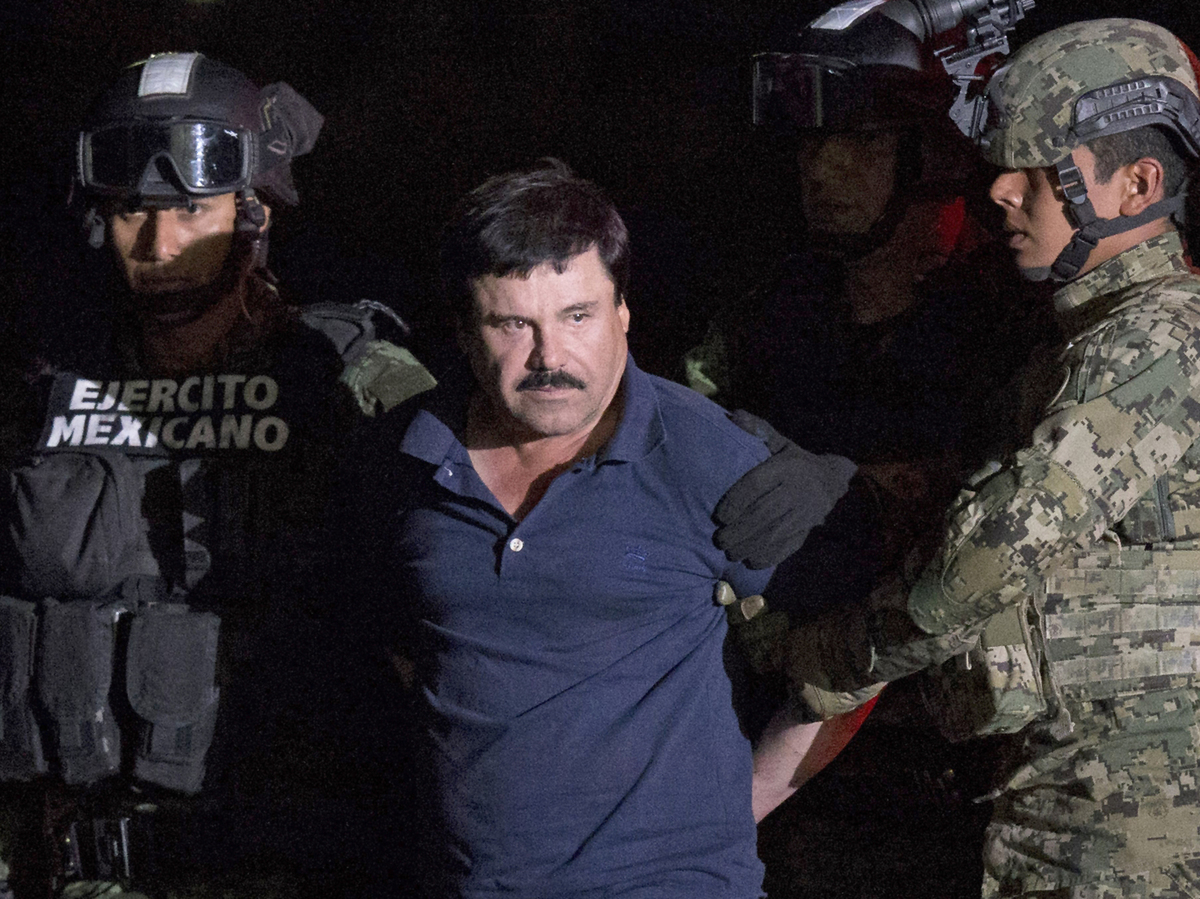 Drug kingpin Joaquin "El Chapo" Guzman, escorted by army soldiers to a waiting helicopter, at a federal hangar in Mexico City on Friday.

The Mexican government shocked the world Friday, revealing that it had caught drug kingpin Joaquin "El Chapo" Guzmán nearly six months after his second escape from prison. On Saturday night, it was Sean Penn's turn to deliver a shock: In Rolling Stone, the actor revealed that he had spoken with the longtime head of the Sinaloa drug cartel during his time as a fugitive.

"This will be the first interview El Chapo had ever granted outside an interrogation room," Penn writes, "leaving me no precedent by which to measure the hazards."

And it's the hazards of hunting down the interview, nearly as much as the interview itself, with which Penn concerns much of his piece. Connecting with Guzmán through intermediaries Kate del Castillo, a Mexican actress, and a mutual contact Penn only calls Espinoza, Penn set up an October meeting with the man in the remote jungle.

"I get out of the truck, search the faces of the crew for approval that I may walk to the trunk to secure my bag. Nods follow. I move," Penn writes. "And, when I do...there he is. Right beside the truck. The world's most famous fugitive: El Chapo."

During what Penn says was a seven-hour conversation, held in a clearing over a bottle of tequila, Penn and Guzmán talked Hollywood, money laundering and even, Penn says, Guzmán's illicit activities.

"I supply more heroin, methamphetamine, cocaine and marijuana than anybody else in the world," Guzmán says, according to Penn. "I have a fleet of submarines, airplanes, trucks and boats."

In Penn's telling, in both that meeting and follow-up conversations, Guzmán is confident, comfortable and perfectly open about his involvement in a drug empire — perhaps one clue to how Guzmán was ultimately undone by his desire to have a biopic made about his life.

On Saturday, the Mexican government signaled its willingness to consider two extradition requests from the U.S. for the now-captured Guzmán. In a statement, the country's attorney general's office did not say when it would begin the legal procedures to complete the request.

If that happens, it will be a major turnaround for the Mexican government, which previously balked at extraditing Guzmán. When Guzmán was captured back in February 2014, the then-attorney general said the cartel leader would not be extradited until after he faced justice and a lengthy prison sentence in Mexico.

In the meantime, you can read Sean Penn's full article — including a transcribed interview — here.