Accessibility links
Tributes Pour In For Rock Legend David Bowie : The Two-Way Bowie's death two days after his 69th birthday has prompted an outpouring on social media, from musicians to world leaders, and from Earth to outer space. 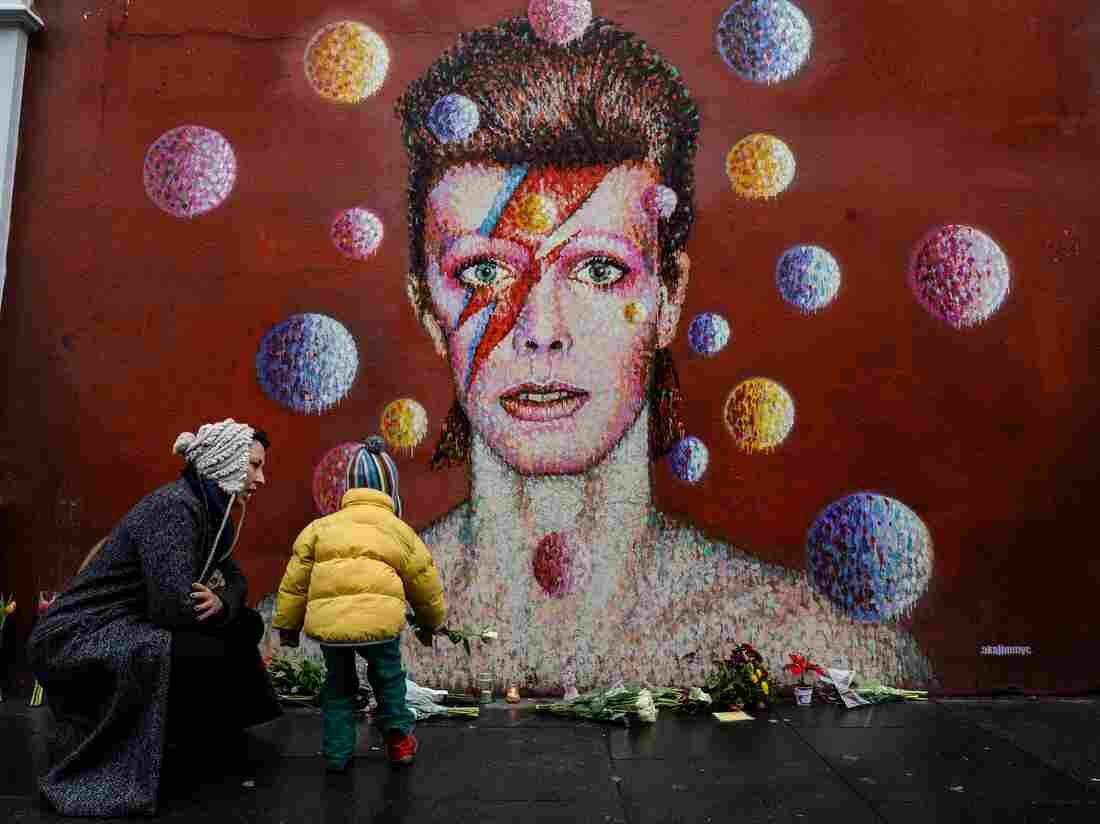 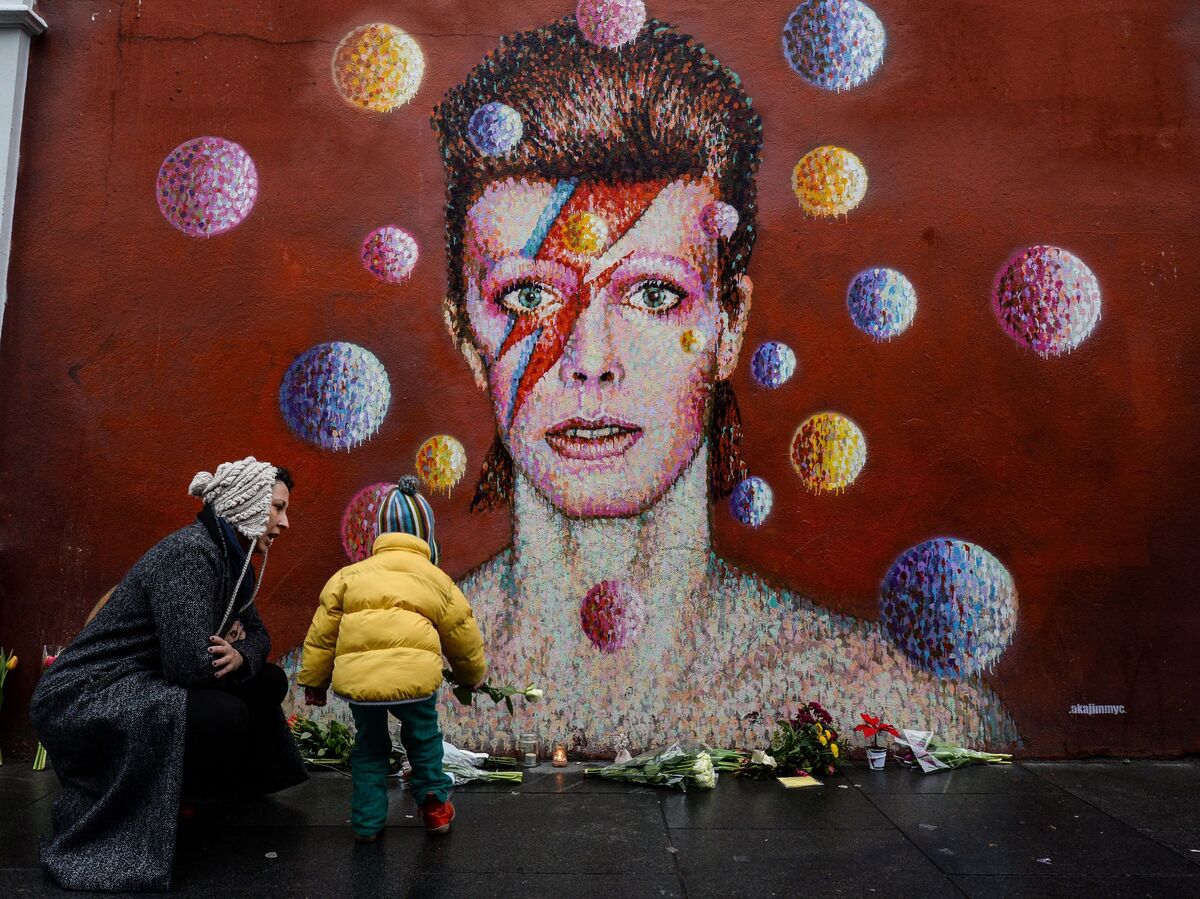 Flowers and other mementos piled up beneath a mural of David Bowie painted by Australian street artist James Cochran, aka Jimmy C, in Brixton, South London.

Tributes to iconic rock musician David Bowie are pouring in, as fellow musicians, celebrities, world leaders and even astronauts reflect on what Bowie meant to them.

A statement on Bowie's Facebook page said that he died peacefully, "surrounded by his family after a courageous 18 month battle with cancer."

His son, Duncan Jones, confirmed the news on Twitter.

Very sorry and sad to say it's true. I'll be offline for a while. Love to all. pic.twitter.com/Kh2fq3tf9m

Bowie's death comes just days after the release of his album Blackstar. His longtime producer Tony Visconti called that album a "parting gift" in a post on Facebook.

Our friends at NPR Music put together a playlist of their favorite Bowie songs, from classics like "Rebel Rebel" and "Moonage Daydream" to new tracks from the Blackstar album. Listen to it here.

Many social media users were pointing to a newly released music video from his final single, "Lazarus," which opens with the words, "Look up here, I'm in heaven."

"Lazarus is probably the most haunting sign-off any musician has given," said one Twitter user.

Look up here, I'm in heaven

I've got scars that can't be seen

I've got drama, can't be stolen

Everybody knows me now

I've got nothing left to lose

I'm so high it makes my brain whirl

Dropped my cell phone down below

By the time I got to New York

Then I used up all my money

I was looking for your ass

This way or no way

You know, I'll be free

British Prime Minister David Cameron wrote on Facebook that Bowie "provided a soundtrack to our lives," and left "a body of work that people will still be listening to in a 100 years time."

David Bowie was someone who people of my age, and those quite a bit older, felt we grew up with. He provided a...

Scores of musicians emphasized Bowie's influence on their work:

Always changing and ahead of the curve, he was an artist whose excellence you aspired to. He will be sorely missed. - Bruce

So lucky to have met you!!!! Hot Tramp I love you So! ❤️ #rebelheart pic.twitter.com/INKPRCeofK

I love how Bowie challenged people's perception of gender stereotypes and what an Outsider truly was. He was SO ahead of his time

David Bowie: The cleverest and most interestingly brilliant man of our time. What a vacuum he leaves, and how he will be missed. Roger

We are all Bowie's children. He inspired us and changed our lives. #RIPDavidBowie Neil and Chris x pic.twitter.com/8xD40YNGI3

Tributes to the "Space Oddity" singer were not confined to Earth. British astronaut Tim Peake tweeted from the International Space Station.

Saddened to hear David Bowie has lost his battle with cancer – his music was an inspiration to many. @DavidBowieReal

This was the scene at one London tube station today: