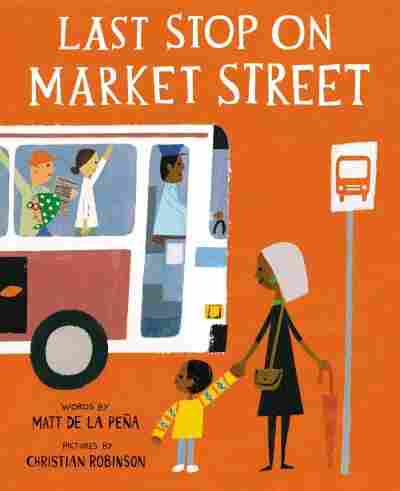 The most prestigious prizes in American children's books were given out this morning: the John Newbery Medal for literature and the Randolph Caldecott Medal for illustration.

Matt de la Peña becomes the first Hispanic author to win the Newbery, for his book Last Stop on Market Street, illustrated by Christian Robinson. It's the story of a young boy riding the city bus with his grandmother, and wondering why their family doesn't have a car. 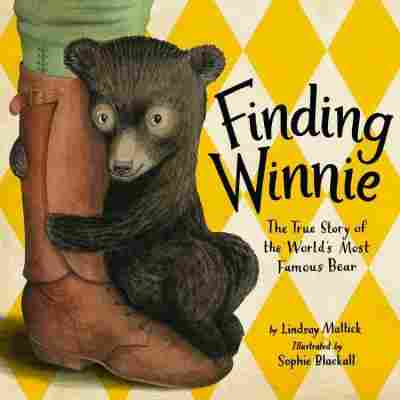 The True Story of the World's Most Famous Bear

by Lindsay Mattick and Sophie Blackall

"The inclusion of diverse literature is so important to me," he tells NPR's Lynn Neary. "I've been doing this for ten years, writing diverse characters, and I just want to honor every Hispanic writer who's come before me."

The main characters in Last Stop on Market Street happen to be African American, but De La Peña says the book is not about race. It has a simple lesson: "You can feel like you have been slighted if you are growing up without, if you have less money, or you can see the beauty in that. And I feel like the most important thing that's ever happened to me is growing up without money. It's one of the things I'm most proud of."

The Caldecott went to illustrator Sophie Blackall for Finding Winnie. Written by Lindsay Mattick, it's the real-life story of a Canadian veterinarian on his way to fight in World War I who rescues a little black bear at a train depot and names her Winnie for his hometown of Winnipeg. Winnie eventually ended up in the London Zoo, where she became a favorite of author A.A. Milne and his son Christopher Robin — and the inspiration for Winnie the Pooh.

It hasn't been an easy year for Blackall, who came under fire for her depiction of smiling slaves in another children's book, A Fine Dessert. But, she tells NPR, winning the Caldecott was a thrill — and Winnie the Pooh was one of her favorite books as a child. "Ernest Shepherd, his illustrations were one of the very first things that made me think this might be something I wanted to do when I grew up," she says.

Other winners today include Rita Williams-Garcia (a panelist for NPR's Backseat 100 kids' lit poll), who took home the Coretta Scott King author award for Gone Crazy in Alabama, the story of two sisters from Brooklyn who spend a life-changing summer in the South.

You can find video of the announcements and a full list of the winners here.