Accessibility links
Michigan Steps Up Efforts To Tackle Lead Crisis After Outcry : The Two-Way Flint residents are suffering from irreversible health effects of elevated lead levels, amid criticism that the government has been too slow to act. 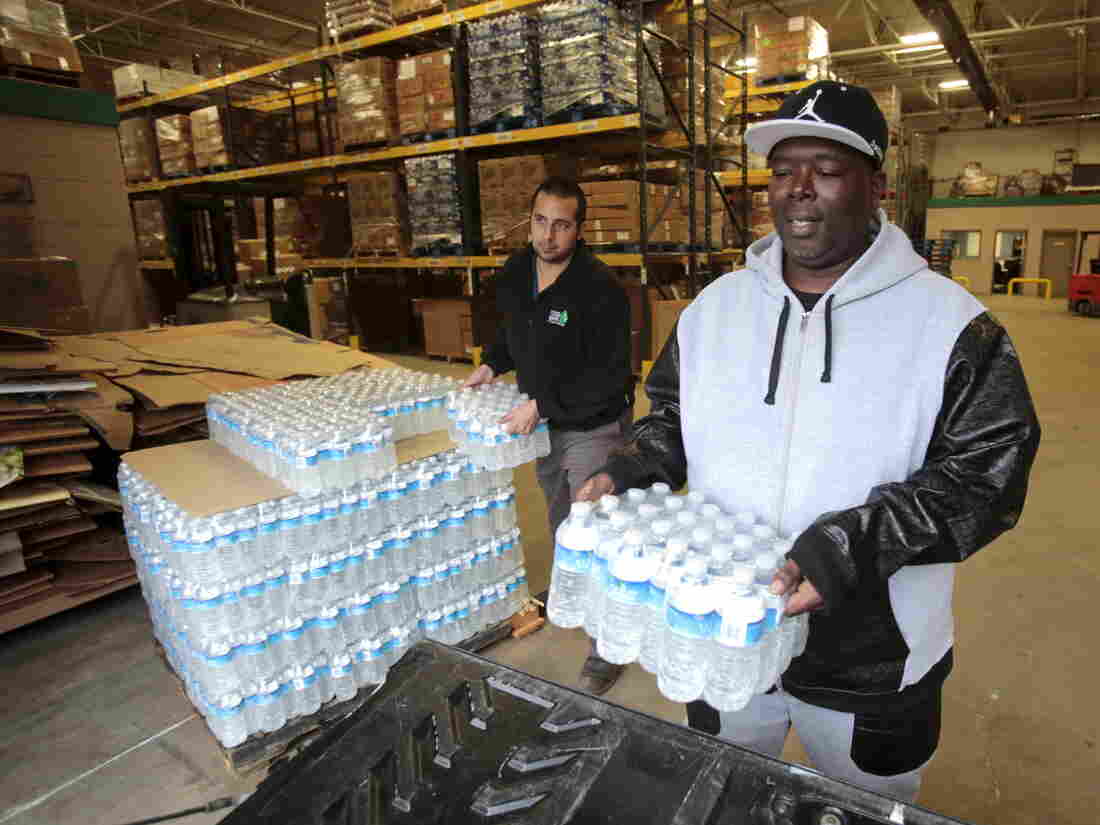 Anthony Fordham picks up bottled water to deliver to a school last month after elevated lead levels were found in the city's water in Flint, Mich. Rebecca Cook/Reuters/Corbis hide caption 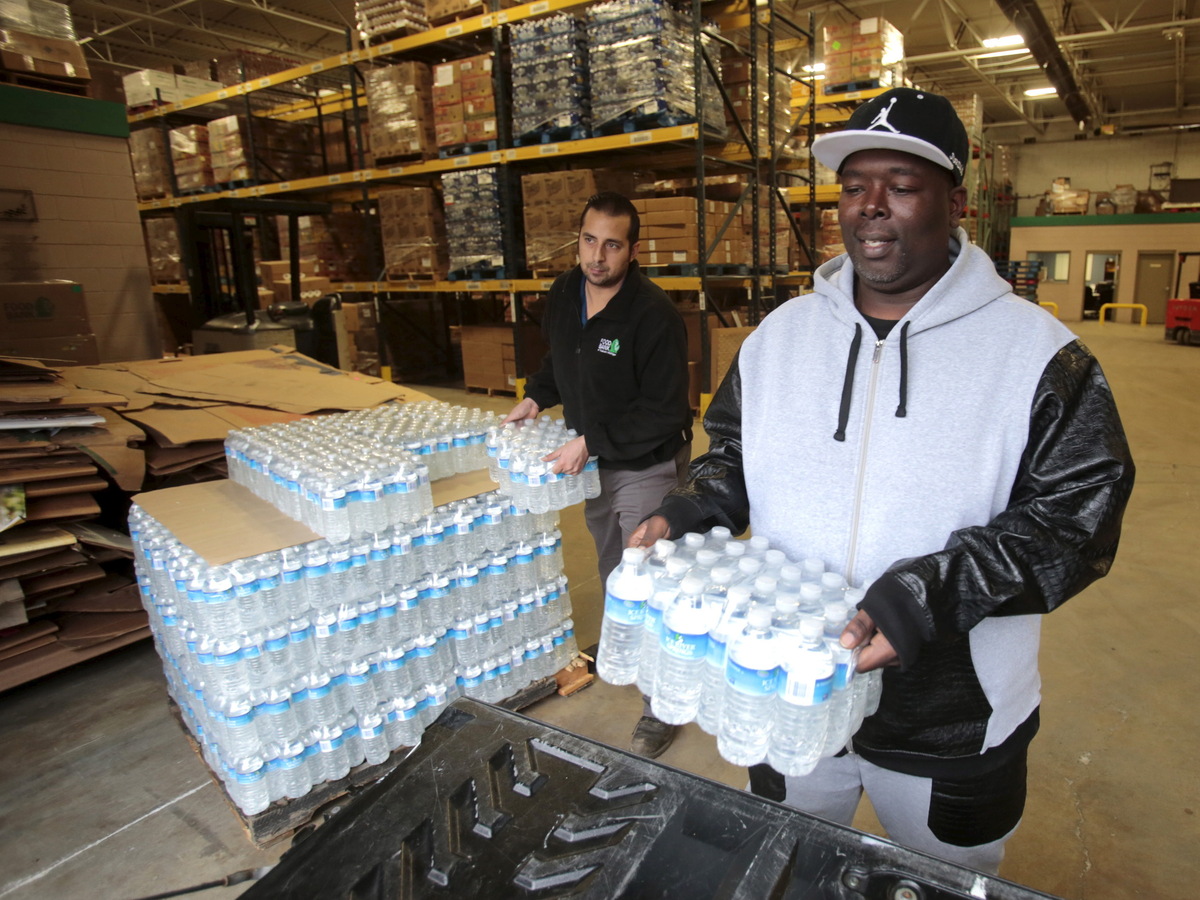 Anthony Fordham picks up bottled water to deliver to a school last month after elevated lead levels were found in the city's water in Flint, Mich.

Michigan officials are stepping up their efforts to address elevated lead levels in Flint's water after residents accused them of responding too slowly to the crisis.

Local officials are handing out water filters and jugs in the streets of Flint and have set up five new distribution centers for filters and testing kits.

And as Michigan Radio reports, the coordinator of the state response to the crisis says "social workers will make door-to-door visits to make sure homes have water filters correctly installed, and children are getting the services they need."

On Monday, Michigan Gov. Rick Snyder formed a committee made up of experts "to work on long-term solutions to the Flint water situation and ongoing public health concerns affecting residents."

The elevated lead levels are widely blamed on the city's water supply, as we previously reported. In April 2014, the city switched to getting its water from the Flint River. The new supply corroded the city's pipes, leaching lead into the tap water. Even though the city switched back to its original source, the Detroit water system, Flint's mayor says city tap water is still dangerous.

The latest efforts come as the governor faced "a growing crescendo of criticism over the weekend on the state's handling of the crisis," Michigan Radio reports.

Snyder declared a state of emergency in Flint on Jan. 5, which "triggered activation of the state's emergency response center." As Michigan Radio points out, "that's months after the Snyder administration acknowledged lead contamination of the city's drinking water in September."

"State and city leaders had largely dismissed residents' complaints for months, assuring them that the water was safe and being tested regularly," The New York Times reported.

The impact of lead poisoning is irreversible, as we reported last month. Here's more:

"High levels of lead are especially harmful to children and pregnant women, and can cause 'learning disabilities, behavioral problems and mental retardation,' the World Health Organization says.

"A study conducted by a local medical center released in September showed that 2.1% of children 5 and under had elevated blood lead levels before the switch to Flint River water, compared to 4.0% after the switch."

Flint's newly elected Mayor Karen Weaver told Morning Edition last month that the city needs money and resources to address the crisis. "You know, it's an infrastructure crisis for us, so we know that's going to be a tremendous cost and burden on the city of Flint that we can't handle by ourselves."