Accessibility links
Rupert Murdoch And Jerry Hall Say They're Getting Married : The Two-Way Murdoch, the billionaire executive chairman of News Corp., and Hall, the model and former partner of Mick Jagger, have reportedly been dating since late summer.

Rupert Murdoch And Jerry Hall Say They're Getting Married

Rupert Murdoch And Jerry Hall Say They're Getting Married 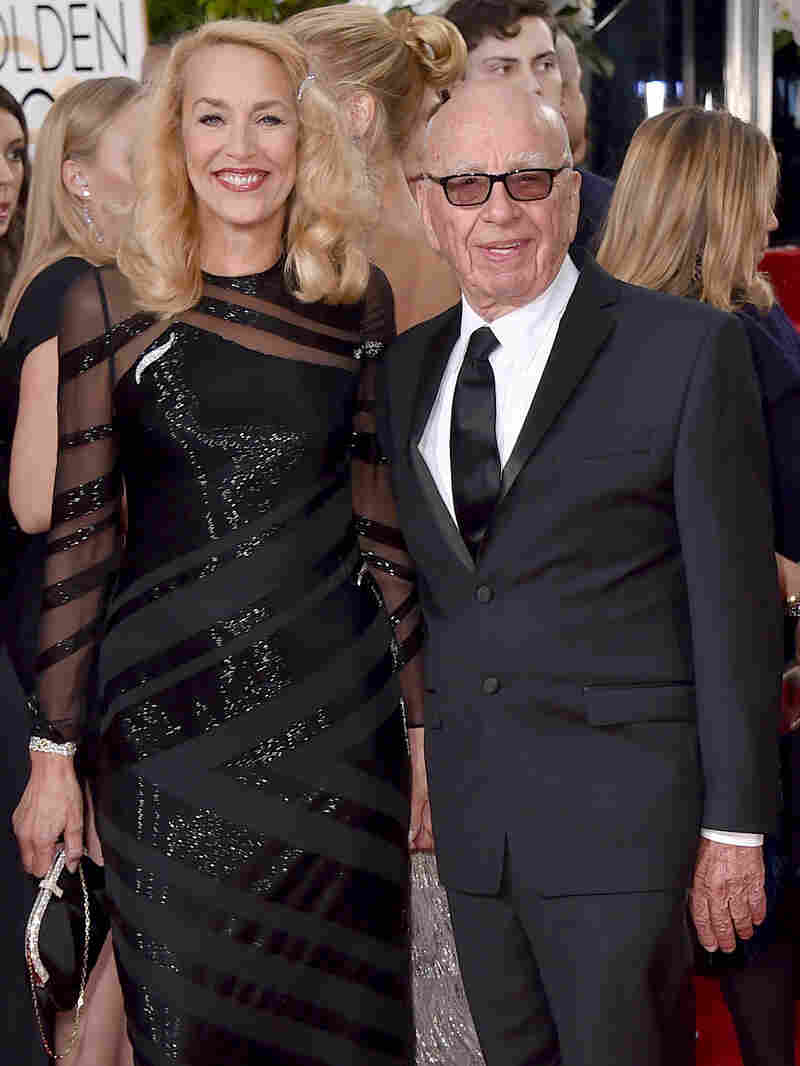 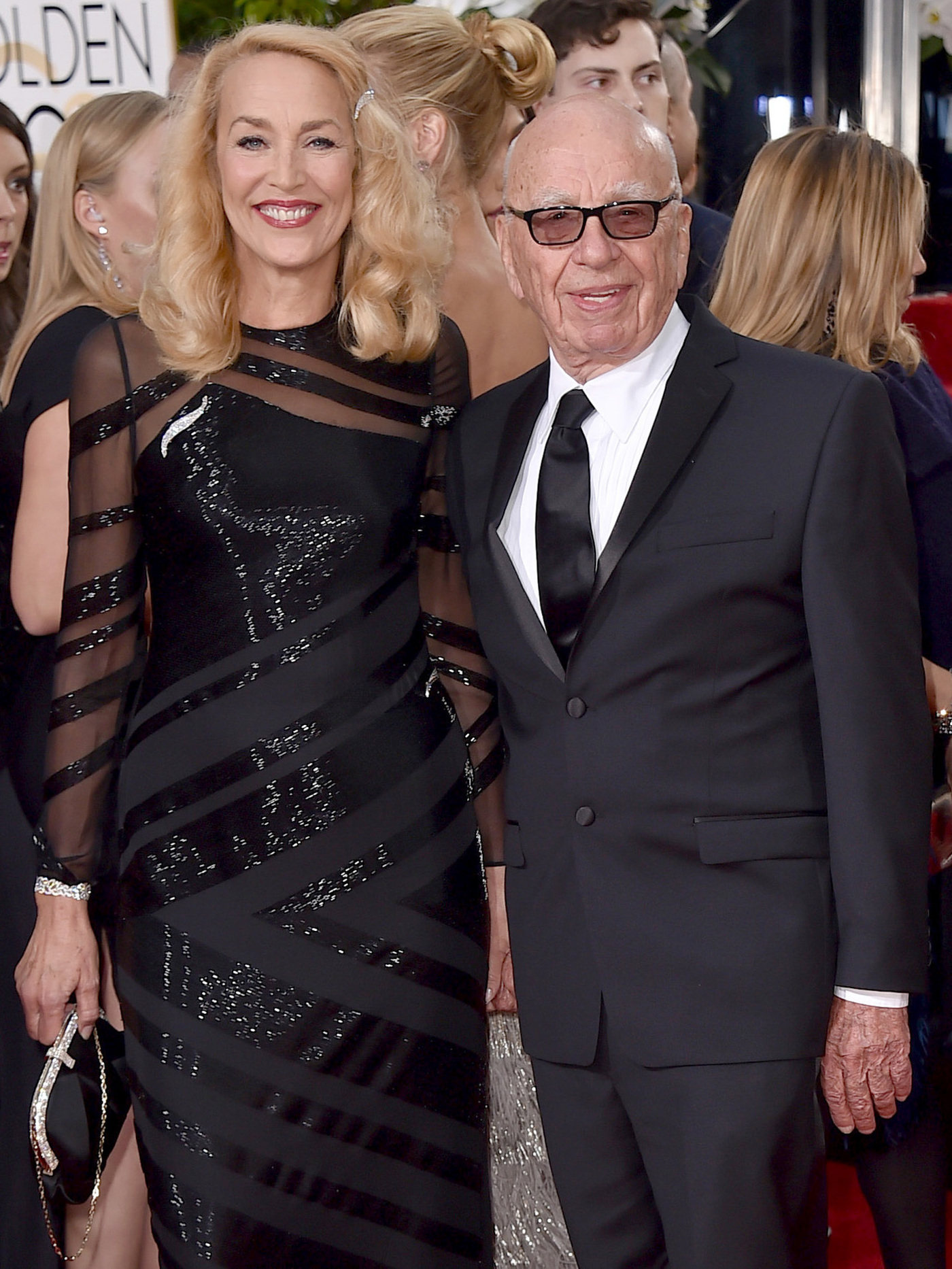 Jerry Hall and Rupert Murdoch, seen here arriving at the Golden Globe Awards in Beverly Hills, Calif., Sunday, are engaged to be married.

They only met last summer — but now media mogul Rupert Murdoch, 84, and former supermodel Jerry Hall, 59, say they're planning a wedding. The pair announced their upcoming nuptials in Britain's The Times, which Murdoch owns.

Murdoch, the billionaire executive chairman of News Corp., and Hall, the former partner of Mick Jagger, "have been dating since late summer," The Times reports. The couple made their plans public Tuesday by posting a short notice in the newspaper's Births, Marriages and Deaths page.

In the notice, Murdoch and Hall said they "are delighted to announce their engagement."

The marriage will technically be the first for Hall, whose nine-year marriage to Mick Jagger was declared invalid and annulled in 1999. She has four children from her long relationship with the Rolling Stones singer.

It'll be the fourth for Murdoch, who split with Wendi Deng Murdoch in 2013. He has six children.

According to The Times, Hall and Murdoch had their first outing as a couple in October, at the final of the Rugby World Cup. They also appeared at the Golden Globe Awards over the weekend.