Accessibility links
In Mexico, Tens Of Thousands Of Illegal Guns Come From The U.S. : The Two-Way The ATF has been able to trace the smuggled guns' original purchasers in less than half of the 73,684 cases cited in the report.

In Mexico, Tens Of Thousands Of Illegal Guns Come From The U.S.

In Mexico, Tens Of Thousands Of Illegal Guns Come From The U.S. 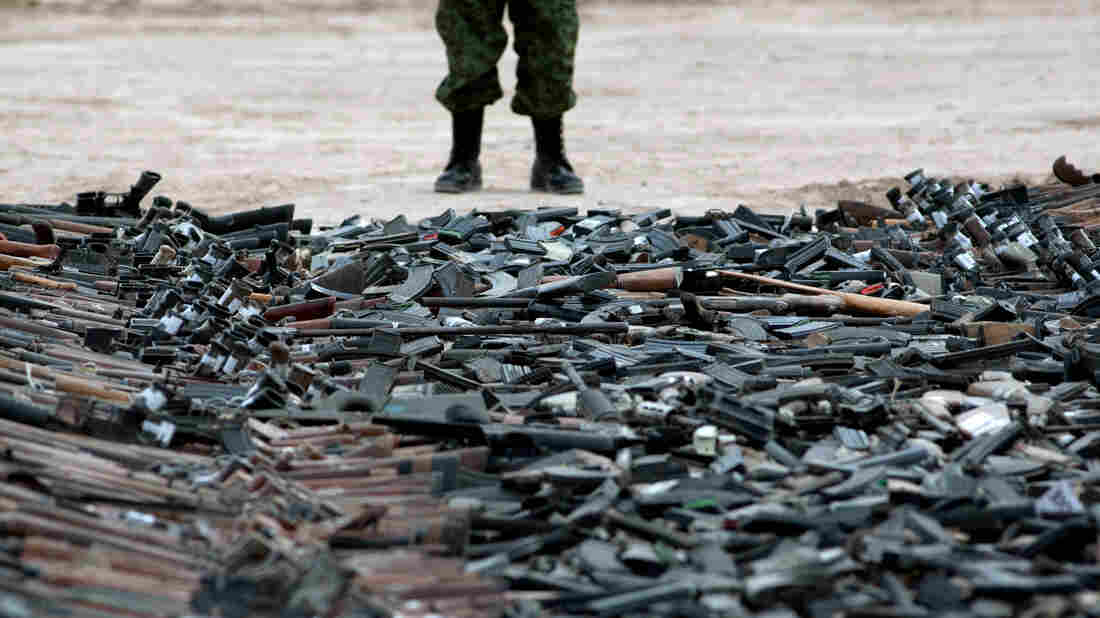 A new government report details the problems agencies face in fighting weapons trafficking. Here, thousands of guns lie on the ground before being destroyed in Ciudad Juarez, Mexico, in 2012. AFP/AFP/Getty Images hide caption 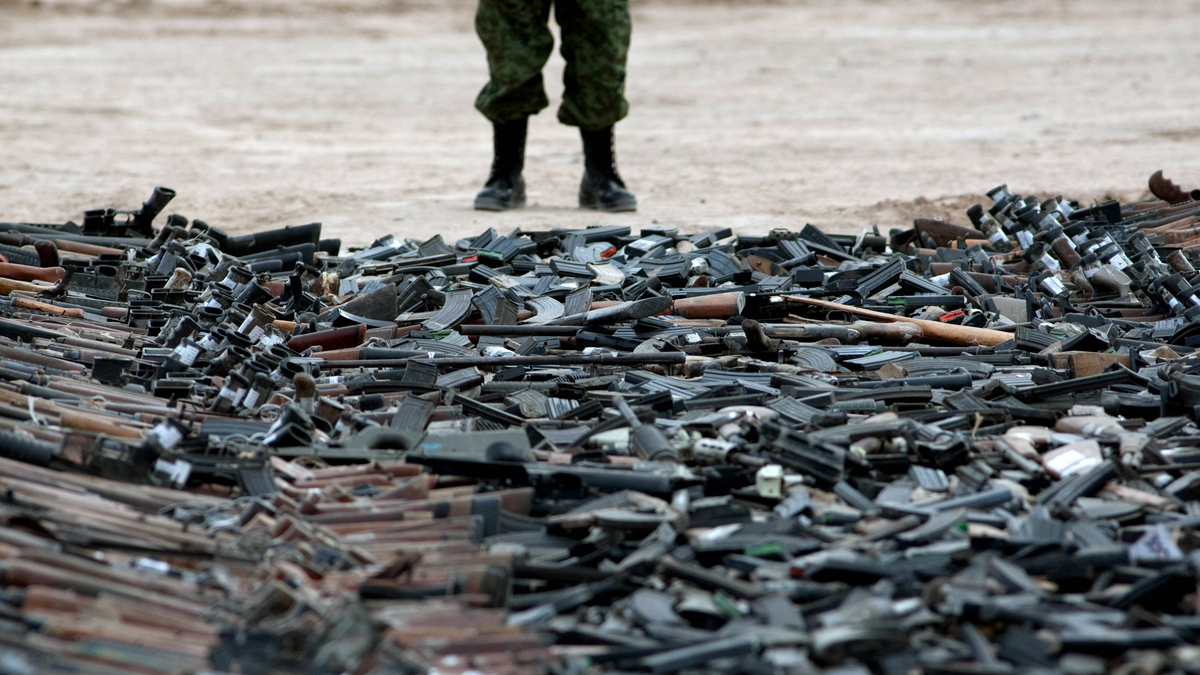 A new government report details the problems agencies face in fighting weapons trafficking. Here, thousands of guns lie on the ground before being destroyed in Ciudad Juarez, Mexico, in 2012.

From 2009 to 2014, more than 73,000 guns that were seized in Mexico were traced to the U.S., according to a new update on the effort to fight weapons trafficking along the U.S.-Mexico border.

The figure, based on data from the Bureau of Alcohol, Tobacco, Firearms and Explosives, represents about 70 percent of the 104,850 firearms seized by Mexican authorities that were also submitted to U.S. authorities for tracing.

The data was analyzed by the Government Accountability Office, which notes in its report that U.S. police agencies have acknowledged firearms smuggling is fueling violent crime in Mexico.

Many of those guns were bought legally in the U.S. and then smuggled over the border, according to the GAO.

"About half were long guns, such as the high-caliber AR-15, preferred by cartel gunmen," NPR's John Burnett reports for our Newscast unit. "Mexican drug traffickers continue to rely on straw purchasers who legally buy the weapons in the U.S., then transfer them to criminal gangs."

The GAO report paints a picture of the challenges officials face as they try to stop the flow of weapons from the U.S. into Mexico, where laws seek to strictly limit the availability of guns to the public.

The report identifies a new wrinkle in the illegal gun trade, citing officials on both sides of the border who say they're seeing instances of unfinished gun parts being transported into Mexico, where they're used to assemble finished weapons. None of those unfinished parts — barrels and receivers; pins and triggers; grips and stocks — are covered by the U.S. Gun Control Act; they're also not subject to rules that require serial numbers, the GAO says.

In another example, the report says the ATF has been able to trace the original purchasers of less than half of the 73,684 guns that were seized and submitted for tracing.

The GAO says the agency couldn't figure out who bought 53 percent of the guns at retail "because of factors such as incomplete identifying data on trace request forms, altered serial numbers, no response from the federal firearm licensee to ATF's request for trace information, or incomplete or never received out-of-business licensee records."

Citing data from U.S. Immigration and Customs Enforcement, the GAO says, "the agency seized 5,951 firearms that were destined for Mexico in the last 6 years."

The new GAO report is an update of a 2009 study in which it found that the ATF and ICE were duplicating efforts and running into jurisdictional problems as they tried to fight arms trafficking.

As it did in that report, the GAO also issued recommendations — including one that calls on Attorney General Loretta Lynch and Homeland Security Secretary Jeh Johnson to ensure there's a way to monitor and support their agencies' sharing of information. It also called on the Office of National Drug Control Policy to set up indicators to reflect progress made by the ATF and ICE.