Accessibility links
Everyday Life In A Bronze Age Village Emerges In U.K. Excavation : The Two-Way Archaeologists have found well-preserved houses, textiles, tools and even pots of food. They say a fire destroyed the settlement, and the people had to leave everything behind. 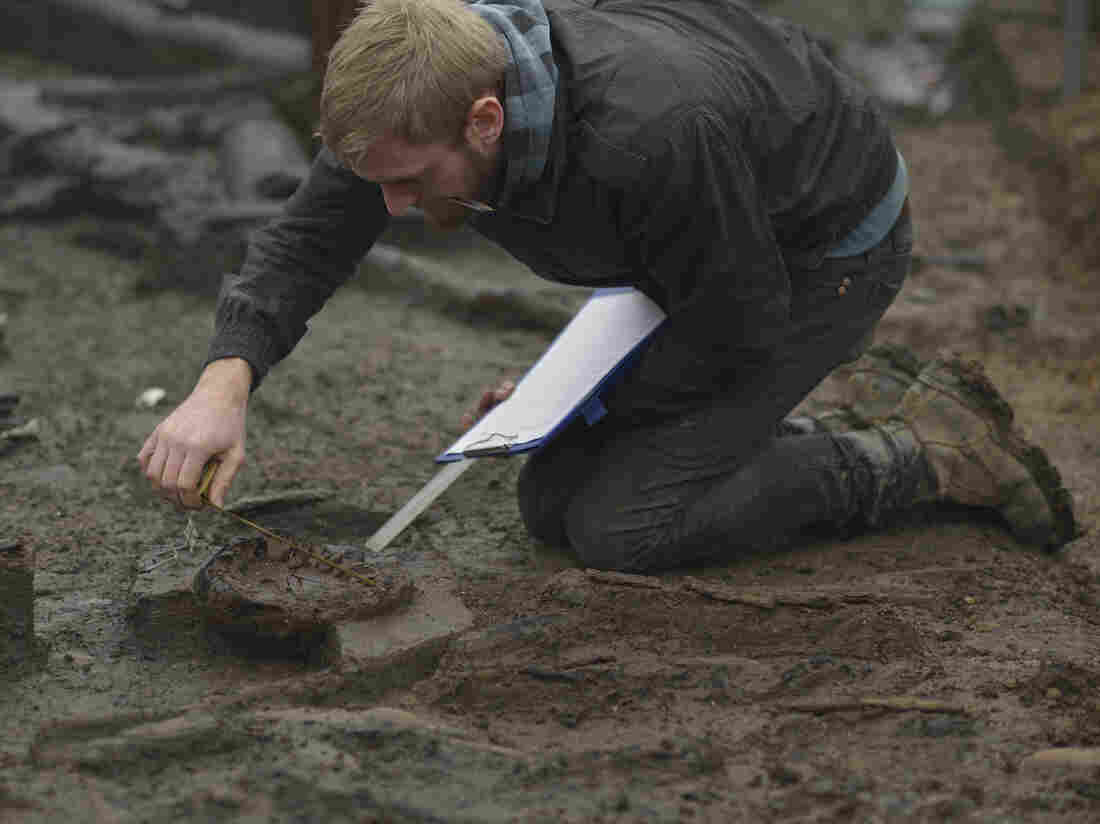 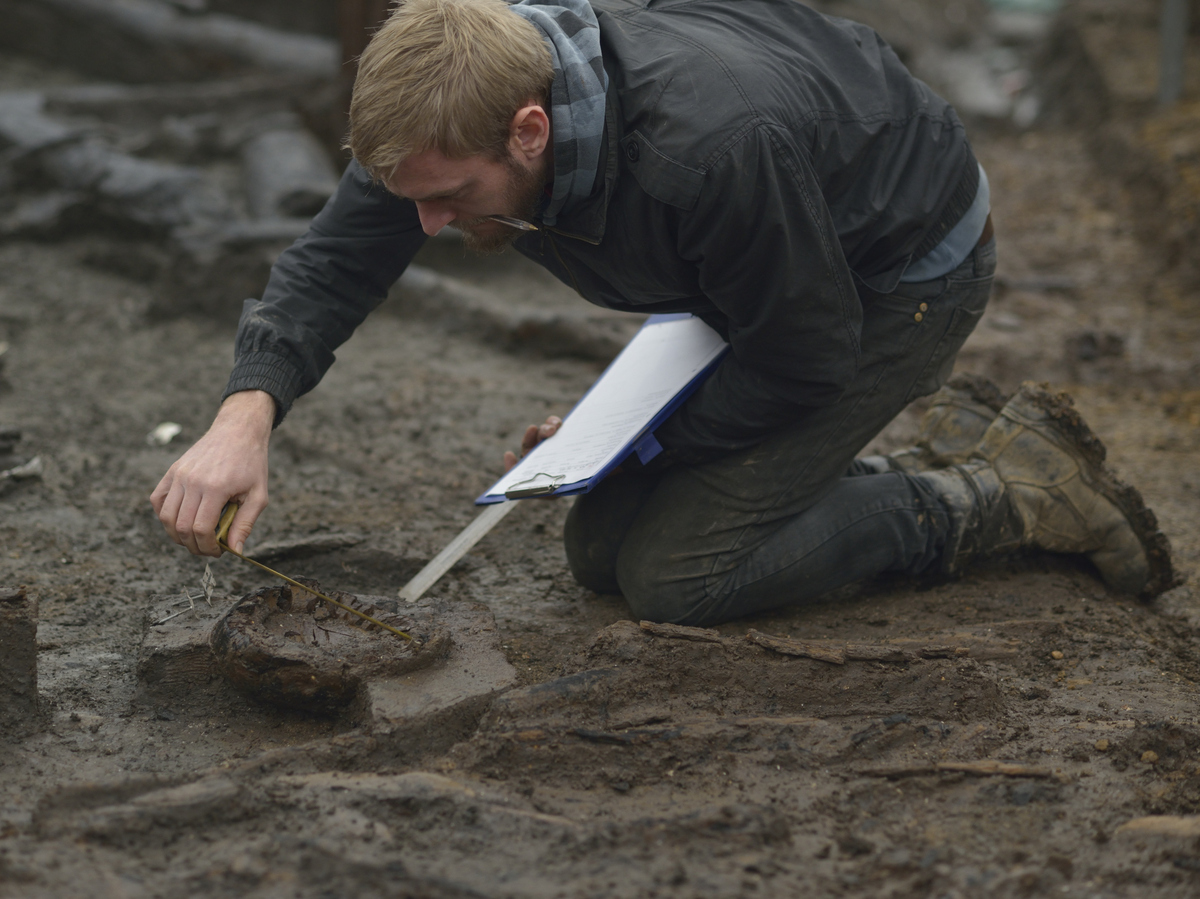 Wood specialist Mike Bamforth examines the base of a Bronze Age wooden bucket at the excavation site.

What did villagers in England eat for dinner 3,000 years ago? And what were they wearing?

These are the kinds of questions that archaeologists believe they can answer with a Bronze Age-era discovery at the Must Farm Quarry, some 80 miles north of London. 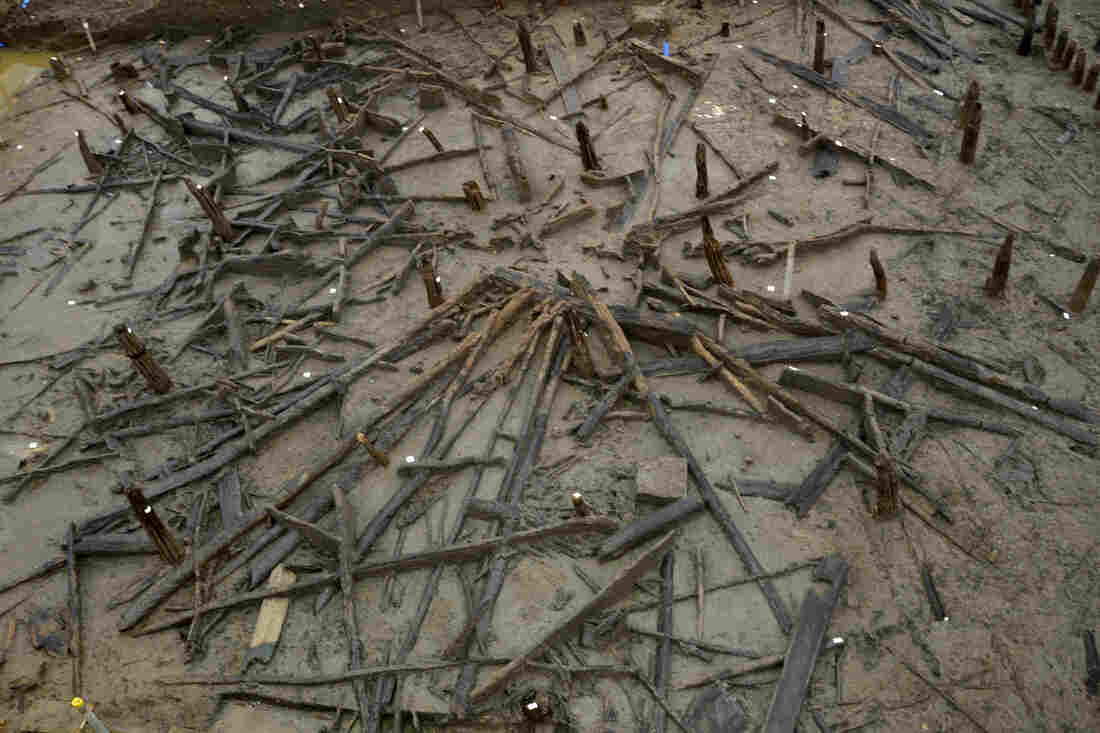 The research team says say these circular Bronze Age homes were perched on stilts above a river. Archaeologists believe that when a fire started, the residents fled, and their dwellings sunk into the river where they were preserved by the silt, creating a unique snapshot of everyday life thousands of years ago.

Among this treasure trove are whole pots with food inside, textiles made from plant fibers, a longboat, weapons and colorful beads.

Gibson says they're sending off pots for analysis. "It might even tell us exactly what their last meal was before the fire struck," he says. And somewhat chillingly, "we know it was sudden because one of the pots with the food still had its wooden spoon stuck in it." 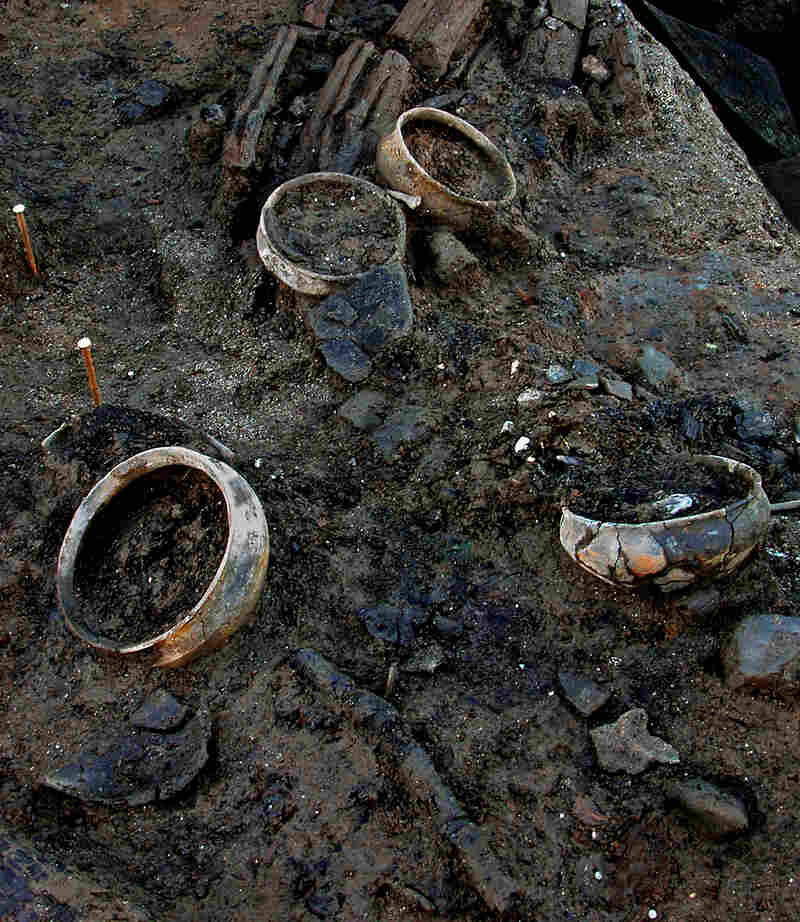 Whole pots were preserved inside timber dwellings destroyed by fire. Archaeologists discovered there was still food in some of them. Dave Webb/Cambridge Archaeology Unit hide caption

He adds that they've found 29 complete food vessels and pots, ranging in size from 2 feet high to 2 inches. "It's almost like someone has gone to the department store and ordered the full set for their house," Gibson says.

It's the "best-preserved Bronze Age dwellings ever found in Britain," preservation group Historic England says in a statement.

Historic England and the Forterra Quarry are funding this $1,588,000 project over four years.

"Normally, when we do archaeology, we see the decay of a settlement, we see it going out of use, and we see the slow back-fill over time of the ditches and the pits. We don't see a snapshot. So this is almost like, you get the opportunity to peek through the curtains and see people actually in their daily moment," archaeologist Selina Davenport told the BBC.

Archaeologists are still excavating the site. They say the findings will eventually be displayed at nearby museums.