Accessibility links
Who Will Blink First? Armed Occupation In Oregon Drags On : The Two-Way The sole meeting between the local sheriff and the militants' de facto leader went nowhere. And law enforcement isn't saying what, if any, action it might be planning to take against the occupiers. 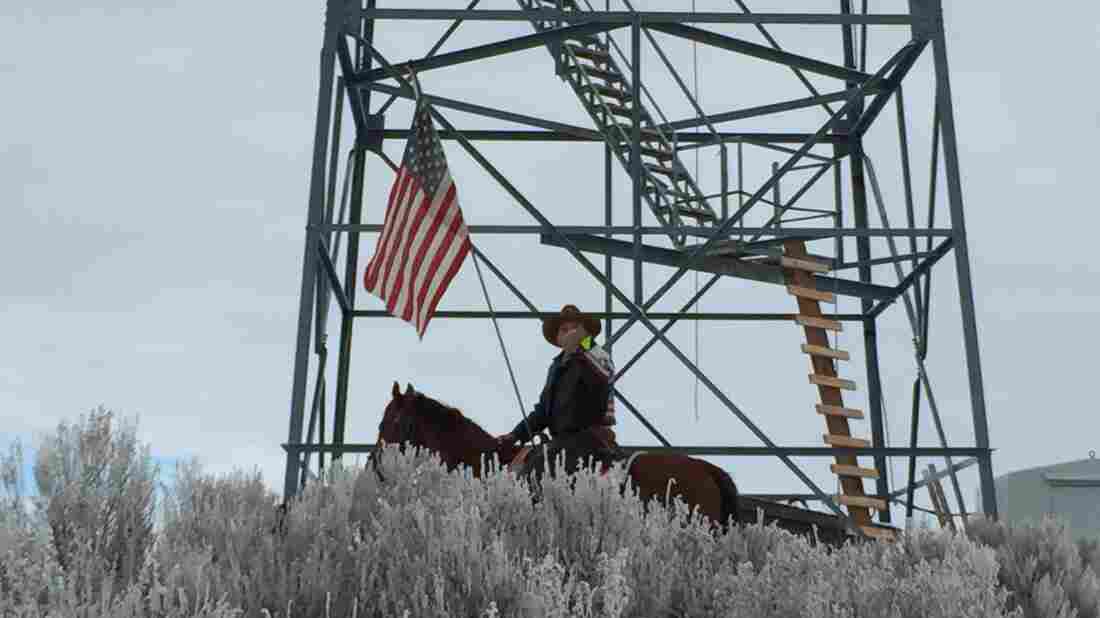 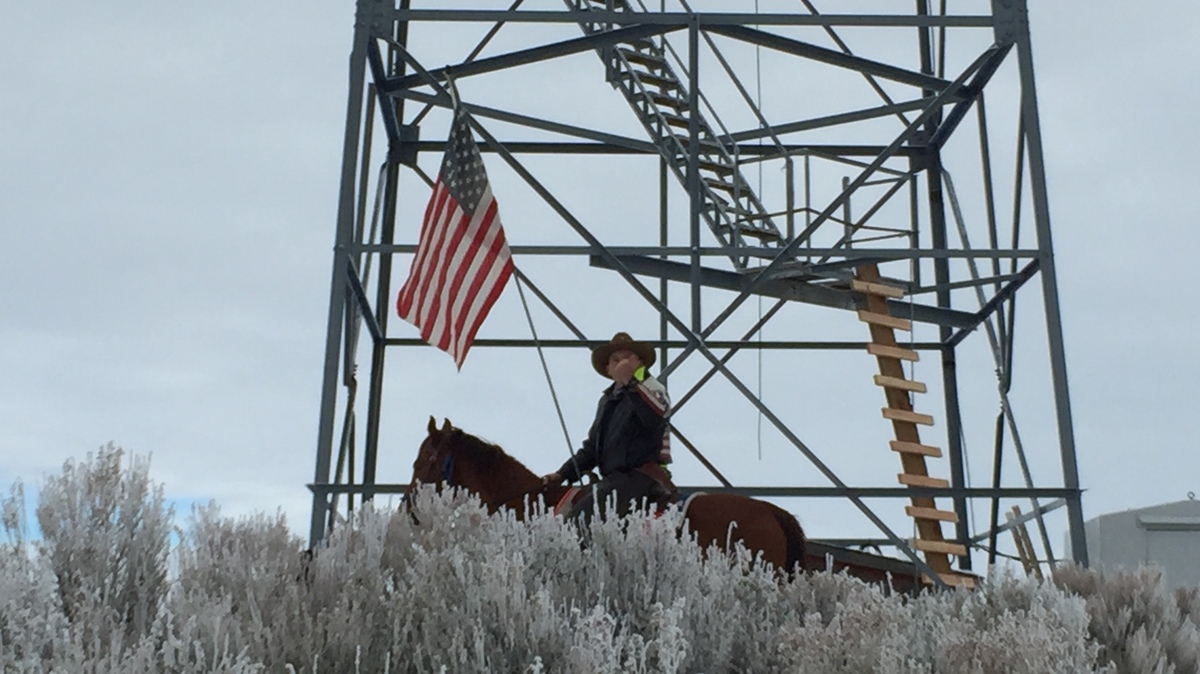 Nearly two weeks after members of a self-styled militia occupied the remote Malheur National Wildlife Refuge in an apparent protest over how the U.S. government treats cattle ranchers in eastern Oregon, it appears things are no closer to a resolution.

So far, there has been only one brief meeting between Harney County Sheriff Dave Ward and the armed occupation's de facto leader, Ammon Bundy. That meeting last week led to little. And law enforcement still isn't saying what, if any, action it might be planning to take against the militants, reports Amanda Peacher of Oregon Public Broadcasting.

Photos taken by OPB from inside the refuge showing the occupiers sitting at government computers with the lights and apparently the heat turned on (the occupiers aren't wearing coats) have created a growing outcry from former federal land managers.

"If I were the manager there, I'd turn off the heat and power and everything else and let them sit there in the cold and dark," Rick Smith, a retired National Parks Service law enforcement official, recently told NPR. 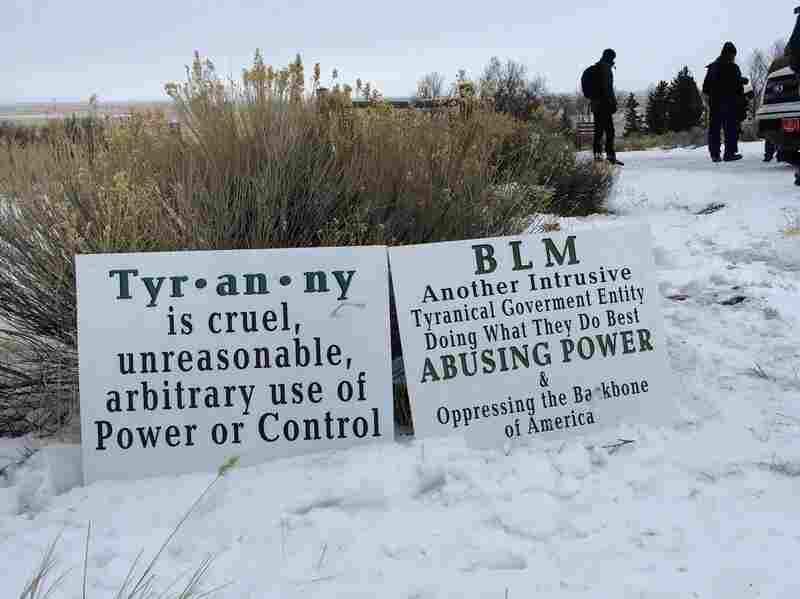 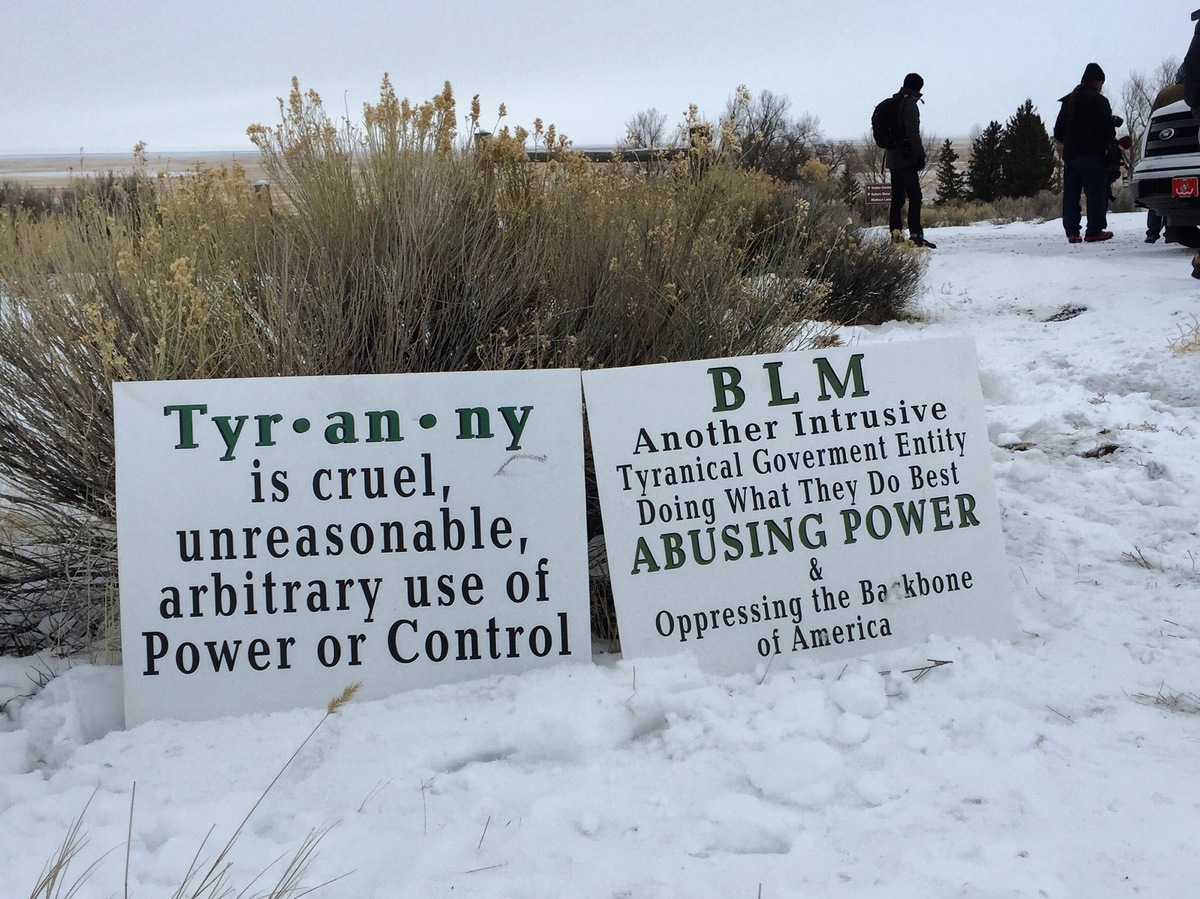 Why the government hasn't just turned off the power at the building in Burns, Ore., is a question the U.S. Fish & Wildlife Service and local law enforcement officials have yet to answer. It's also not clear exactly how much this occupation of government facilities by anti-federalist militants is costing American taxpayers — though a Harney County judge told the New York Daily News he plans to "bill" Ammon Bundy for all the unforeseen costs accrued by his county during the occupation.

In a hotel NPR staffers stayed at in Burns, the majority of the guests appeared to be law enforcement officers stationed at the ready, some of them in uniform, others in plainclothes. But as you drive the 30 miles south on that reliably treacherous, icy, foggy road to the refuge, there continues to be no visible law enforcement presence. Instead, there's only an armed militant watching over the improvised compound from atop an old wildfire lookout tower.

One reason for the continued large law enforcement presence in town, anyway, according to Sheriff Ward, is that armed militants who've traveled to this remote corner of Oregon from around the U.S. continue to create anxiety for locals. Here's an excerpt from his most recent statement, on Monday night:

"There are continual reports of law enforcement officers and community members being followed home; of people sitting in cars outside their homes, observing their movements and those of their families; and of people following them and their families as they move around the community."

Meanwhile, Bundy and his followers continue to make daily appearances at morning news conferences, even as the gaggle of national and international media starts to thin. Bundy has repeatedly described this as a grass-roots protest, one that splintered out of frustrations and anger during a planned public protest in support of two local ranchers in Burns on Jan. 2.

But a report in The Oregonian says the takeover at the Malheur National Wildlife Refuge was hardly spontaneous. According to the newspaper, Bundy and self-styled militiaman Ryan Payne of Montana had been coordinating and planning the occupation for months.

Traveling in and around Burns and rural Harney County over the past week, it seems to be anybody's guess when this will end. Two hours, two days, two months? No one really knows, or if they do they're not saying. There's a lot of speculation but not a lot of certainty, as each side seems to be waiting for the other to blink.