Accessibility links
In Valedictory State Of the Union, Obama Defends His Record : The Two-Way In his final State of the Union address, Obama painted a portrait of a country very much in its prime instead of one in decline. He defended his policies but also expressed one regret.

In Valedictory State Of the Union, Obama Defends His Record

In Valedictory State Of the Union, Obama Defends His Record 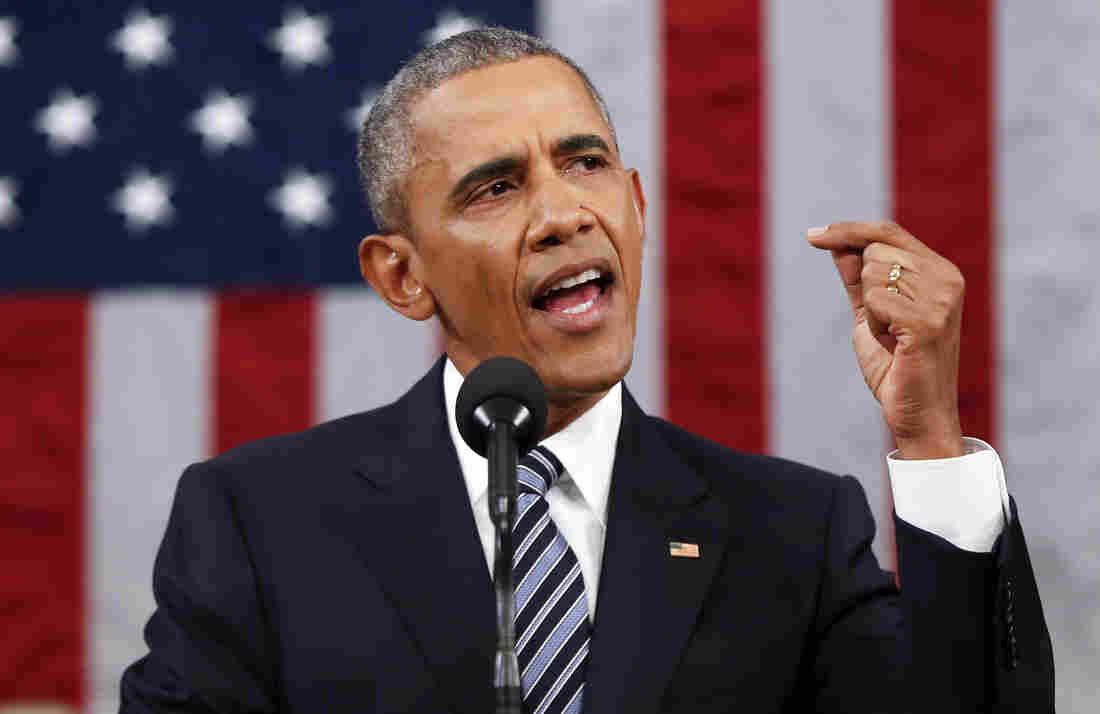 President Obama delivers his State of the Union address before a joint session of Congress on Capitol Hill in Washington on Tuesday. Evan Vucci/AP hide caption 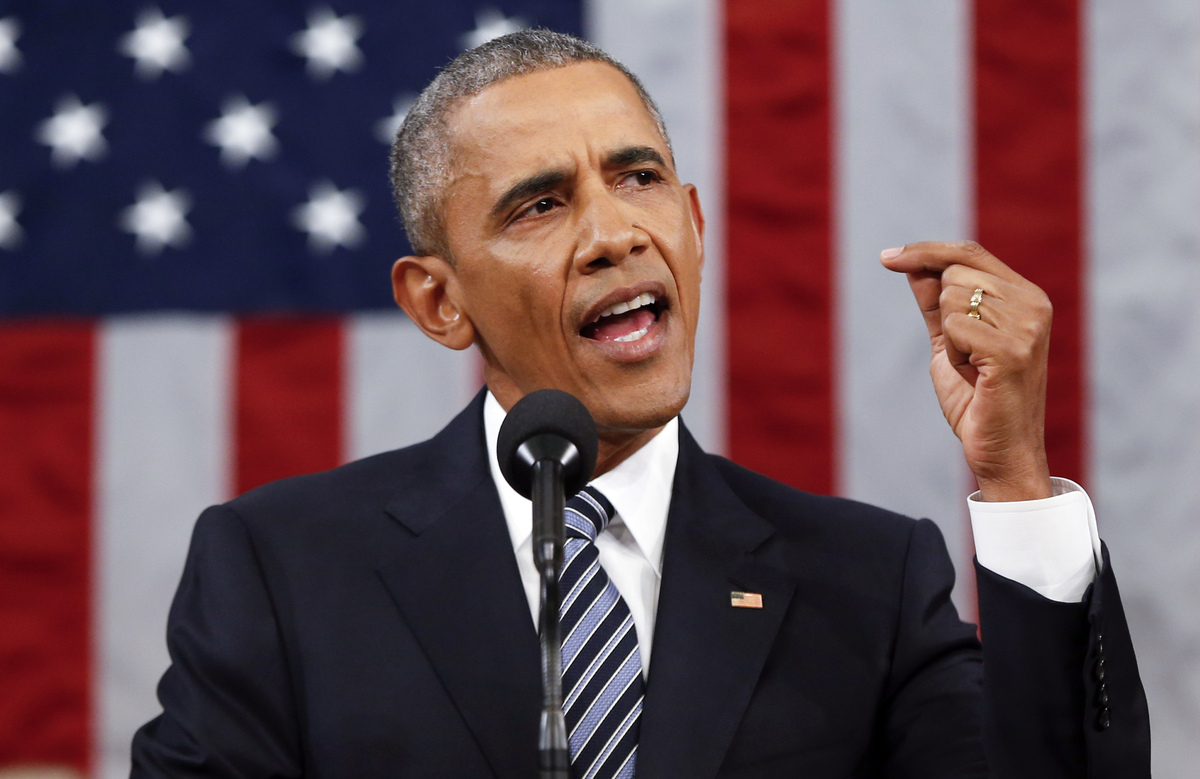 President Obama delivers his State of the Union address before a joint session of Congress on Capitol Hill in Washington on Tuesday.

In his final State of the Union address, President Obama delivered an impassioned defense of his record by painting a portrait of a country very much in its prime.

Instead of delivering a traditional laundry list of legislative priorities, Obama listed his wins: He highlighted the rapprochement with Iran and Cuba; he touted the Affordable Care Act, a robust economic recovery, a landmark climate agreement and the killing of Osama bin Laden. Obama basked in the fact that same-sex marriage has become the law of the land.

State Of The Union And NPR's Live Reality Check

"Such progress is not inevitable," he said. "It is the result of choices we make together. And we face such choices right now. Will we respond to the changes of our time with fear, turning inward as a nation, and turning against each other as a people? Or will we face the future with confidence in who we are, what we stand for, and the incredible things we can do together?"

Over and over, the president hit back against critics who believe the country is on the wrong track.

"Anyone claiming that America's economy is in decline is peddling fiction," Obama said.

He took the same tack on foreign policy: "So is all the rhetoric you hear about our enemies getting stronger and America getting weaker," Obama said. "The United States of America is the most powerful nation on Earth. Period. It's not even close."

"As he enters his final year in office, many Americans are still feeling the squeeze of an economy too weak to raise income levels," Haley said. "We're feeling a crushing national debt, a health care plan that has made insurance less affordable and doctors less available, and chaotic unrest in many of our cities."

Obama, who campaigned on hope and change, did allow himself one frank admission: He said he failed at ending the partisanship that has so sharply divided Washington.

"It's one of the few regrets of my presidency — that the rancor and suspicion between the parties has gotten worse instead of better," Obama said. "There's no doubt a president with the gifts of Lincoln or Roosevelt might have better bridged the divide, and I guarantee I'll keep trying to be better so long as I hold this office."

Obama wrapped up his speech in the way he so often does: He offered an olive branch to Republicans appealing to a belief in American exceptionalism.

"We have to change the system to reflect our better selves," Obama said. He added: "What I'm suggesting is hard. It's a lot easier to be cynical; to accept that change isn't possible, and politics is hopeless, and the problem is that all the folks who are elected don't care, and to believe that our voices and actions don't matter. But if we give up now, then we forsake a better future."

Perhaps a bit surprisingly, both Obama and Haley did find some common ground in their speeches. Both of them took side swipes at Republican presidential candidate Donald Trump.

"During anxious times, it can be tempting to follow the siren call of the angriest voices," Haley said. "We must resist that temptation. No one who is willing to work hard, abide by our laws, and love our traditions should ever feel unwelcome in this country."

Obama said: "We need to reject any politics, any politics that targets people because of race or religion. Let me just say this. This is not a matter of political correctness. It's a matter of understanding just what it is that makes us strong. The world respects us not just for our arsenal; it respects us for our diversity and our openness and the way we respect every faith."